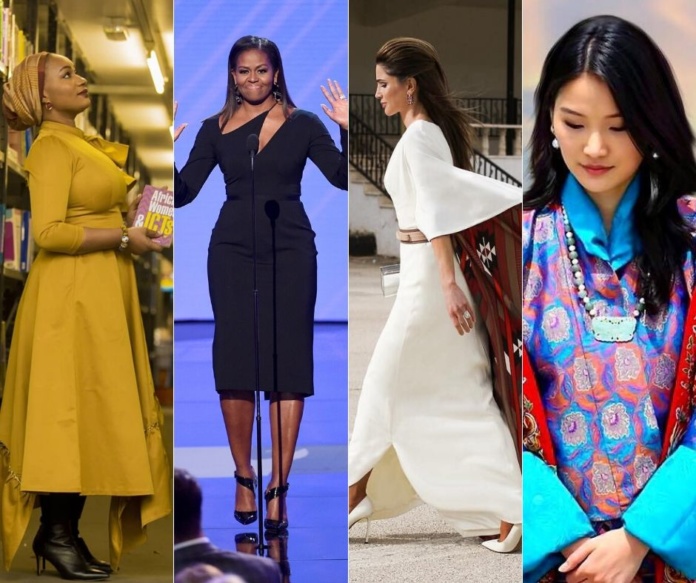 Politics aside, being the wife of a President or King is a pretty herculean job that includes using fashion and style to make statements.

As public figures, these women cannot afford to have even a hair out of place or crease in their dresses. Creating trends and undoing a few, First Ladies around the world are constantly under public scrutiny as they toe the lines between politics and national leaders. The position though unofficial demands these spouses of world leaders to toe the line between looking good and posing like supermodels. But with great power, as they say, comes great responsibility.

Whiles most just look the part in the style quarters, a few have exceptionally excelled by blending politics, culture, personal style and trends into their everyday look.

Here is my opinion and picturesque of the fashionista First Ladies. 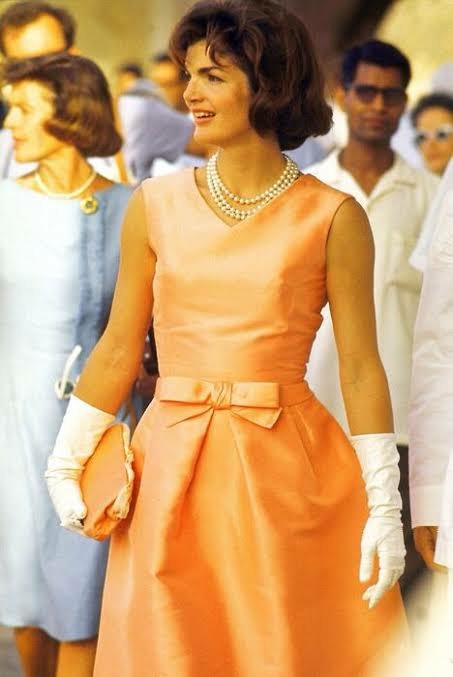 Jackie O was First Lady of the United States during the presidency of John F. Kennedy and was regarded as an international icon of style and culture.

Jacqueline Kennedy remains one of the most popular First Ladies. She was featured 27 times on the annual Gallup list of the top 10 most admired people of the second half of the 20th century; this number is superseded by only Billy Graham and Queen Elizabeth II and is higher than that of any U.S. President.

In 2011, she was ranked in fifth place in a list of the five most influential First Ladies of the twentieth century for her “profound effect on American society”. In 2014, she ranked third place in a Siena College Institute survey, behind Eleanor Roosevelt and Abigail Adams.

In 2015, she was included in a list of the top ten influential U.S. First Ladies due to the admiration for her based around “her fashion sense and later after her husband’s assassination, for her poise and dignity”.

Rania Al-Abdullah is the queen consort of Jordan. Born in Kuwait to a Palestinian family, she later moved to Jordan for work, where she met the then prince Abdullah. Since marrying the now King of Jordan in 1993, she has become known for her advocacy work related to education, health, community empowerment, youth, cross-cultural dialogue and micro-finance. Though not a First lady, Samira Bawumia brings so much grace and poise to the presidency as Second Lady of the Republic of Ghana. She is married to the Vice President of Ghana, Dr Mahamudu Bawumia. She wears designers including Pistis, Ophelia Crossland, Stylista and Yartel.

Slovenian-American former model and businesswoman is the current first lady of the United States, as she is married to the 45th president of the United States Donald Trump. Early on in her career as First Lady, most fashion brands decided to boycott styling her due to her husband and his divisive politics. 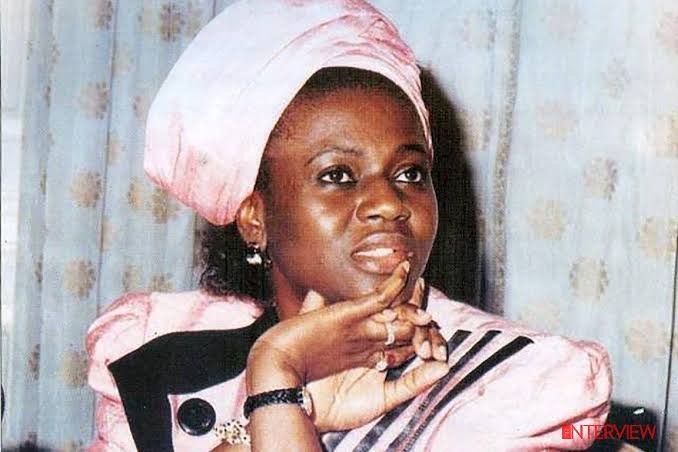 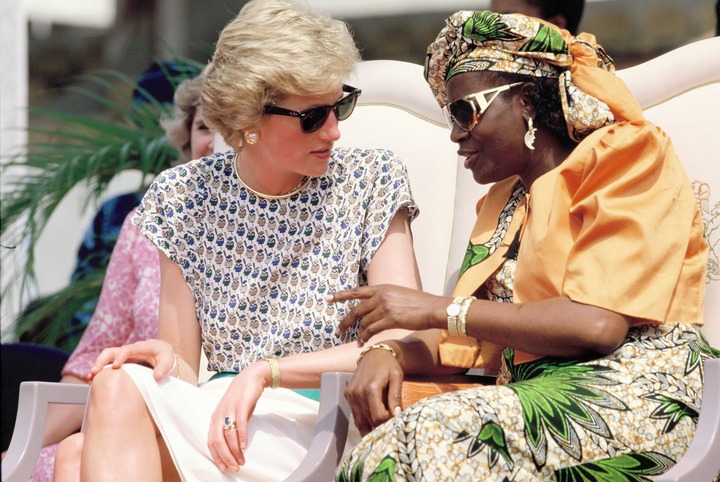 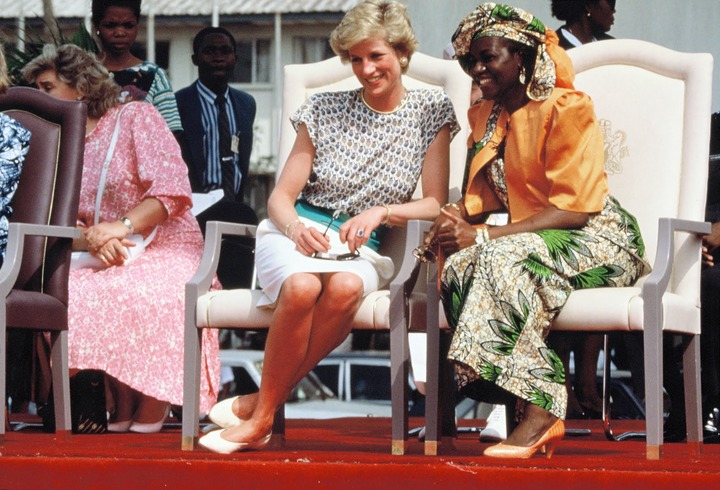 Maryam Babangida was the wife of General Ibrahim Babangida, who was Nigeria’s head of state from 1985 to 1993. She was credited with creating the position of First Lady of Nigeria and making it her own.

Peng Liyuan is a Chinese contemporary folk singer and performing artist. Peng Liyuan is the wife of the current General Secretary of the Communist Party of China Xi Jinping. Peng is referred to as the “Chinese First Lady” by Chinese media. She shot into icon status over her classic Chinese outfits.

Jetsun Pema, 29, is the world’s youngest living queen. She attained the status in 2011 when she married King Jigme Khesar Namgyel Wangchuck of Bhutan, 37. She studied in England, share a love of art, and is nicknamed as the Kate of The Himalayas.

Sylvia Valentin Bongo Ondimba is the wife of Ali Bongo Ondimba since 1989. She became the First Lady of Gabon following the inauguration of her husband as President of Gabon on 16 October 2009.

Brigitte Marie-Claude Macron is a French schoolteacher who is the wife and former teacher of Emmanuel Macron, current President of the French Republic

Asma al-Assad is the First Lady of Syria married to the 19th and current President of Syria - Bashir al- Assad. Assad graduated from Kings College London in 1996 with a Bachelor's degree in Computer Science and French Literature.

She had a career in investment banking and was set to begin an MBA at Harvard University when she married Bashar al-Assad in December 2000.

In February 2011, Vogue magazine published “A Rose in the Desert,” a flattering profile of Assad by veteran fashion writer Joan Juliet Buck.

The article was later removed from Vogue’s website without editorial comment that spring. Responding to media inquiries about the disappearance of Assad’s profile, Vogue’s editor stated that “as the terrible events of the past year and a half unfolded in Syria, it became clear that [Syria’s] priorities and values were completely at odds with those of Vogue“. Buck has since written another article for The Daily Beast giving an extremely critical account of Assad.

Nana Konadu Agyeman-Rawlings was to Ghana what Maryam Baginda was to Nigeria. She was Ghana’s First Lady from 4 June 1979 to 24 September 1979 and 31 December 1981 to 7 January 2001. She’s credited with creating the office of the first lady and spearheaded the “Girl Education” policy. In 1991, through the efforts of Nana Konadu, Ghana was the first nation to approve the United Nations Convention on the Right of the Child. She became the first woman to run for President of Ghana in 2016. She has an Art and textiles degree from the University of Science and Technology. She also graduated with an interior design diploma from the London College of Arts.

María Juliana Awada is the former First Lady of Argentina, from 2015 -2019. She was chosen as the most elegant First Lady in the world by Hola! Magazine in 2016.

Letizia Ortiz Rocasolano is the Queen Consort of Spain via her marriage to King Filipe VI. She came from a middle-class family and worked as a journalist for ABC and EFE before becoming a news anchor at CNN+ and Television Espanola. She captured the global eye with her unique and stylish ways of fashion.

Here are other pictures of these beautiful First Ladies in their own fashion and style: 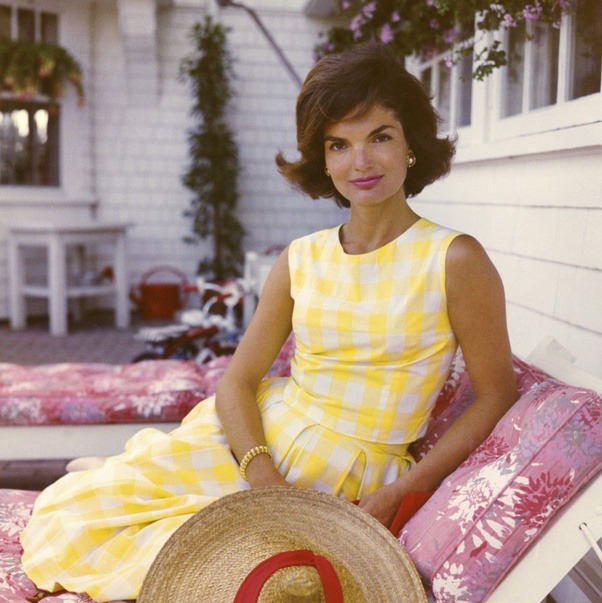 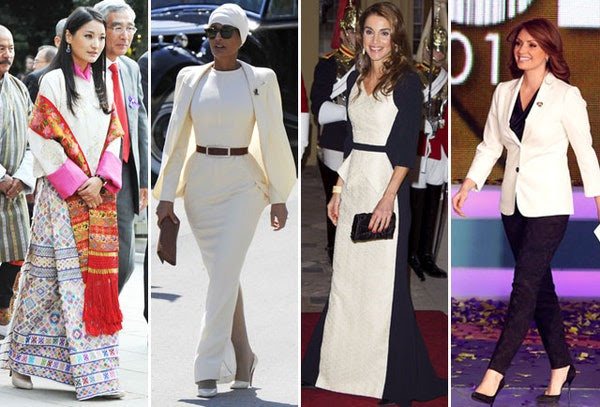 Content created and supplied by: Richparry007 (via Opera News )