Meet Dennis Avner, The Man Who Modified His Body To Look Like A Tiger (Photos)

By DaveNews (self media writer) | 3 months ago

People often have different reasons for under going plastic (or cosmetic) surgery. A lot of people do it because they want to enhance their beauty. Others have had bad experiences and just don't want that to happen to them again.

There are also people that undergo plastic surgeries for medical reasons. For example, some people with too many scars have undergone cosmetic surgery to make their skin more beautiful. Regardless of the reason, plastic surgery is still a very sensitive topic.

In order to make sure you have the right people helping you through this process, make sure that your plastic surgeon and your dermatologist are both board certified.

There are some human beings that went under the knife, modifying their bodies so that they could look like animals and one of such people is Dennis Avner.

Dennis Avner (also known as "Stalking Cat") was born in 1958 and He began to surgically modify his body in 1980. According to Wikipedia, it was his belief that He could transform from a human to a tiger.

It was reported that He had an affinity for cats, especially Tigers and He underwent multiple surgeries so He could look like a Tigress. He told people that his goal was to become "the perfect tiger."

He was awarded a Guinness world record for permanently changing his appearance by having extensive tatoos on his body, modifying his teeth, surgically reshaping his ears to make them pointy, flattening his nose, wearing a robotic tail and more.

He unfortunately commited suicide in 2012 at the age of 54.

Check out his pictures below: 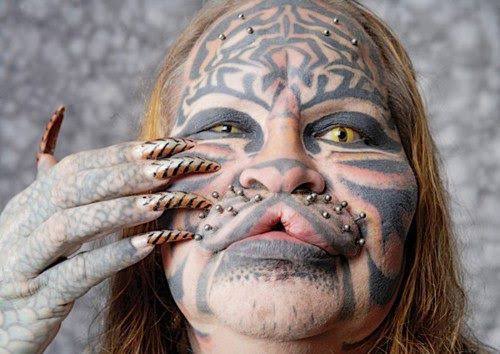 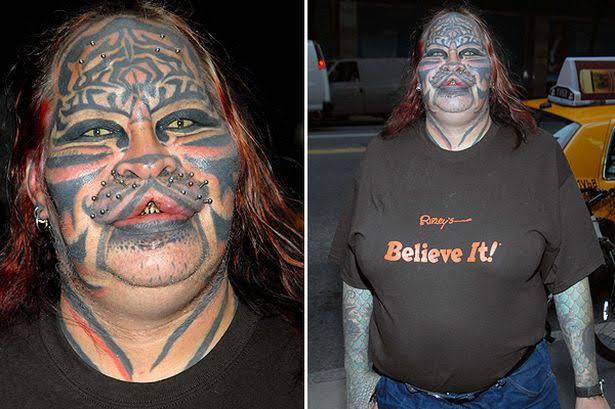 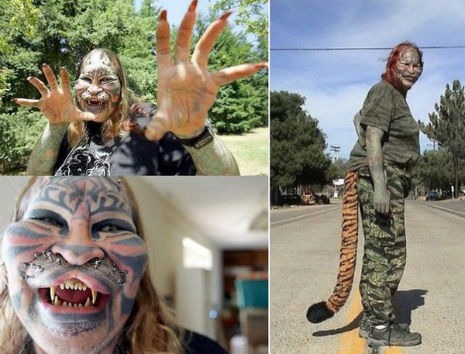 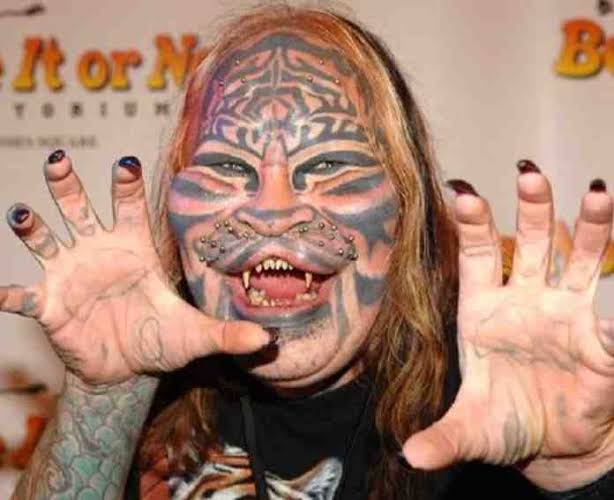 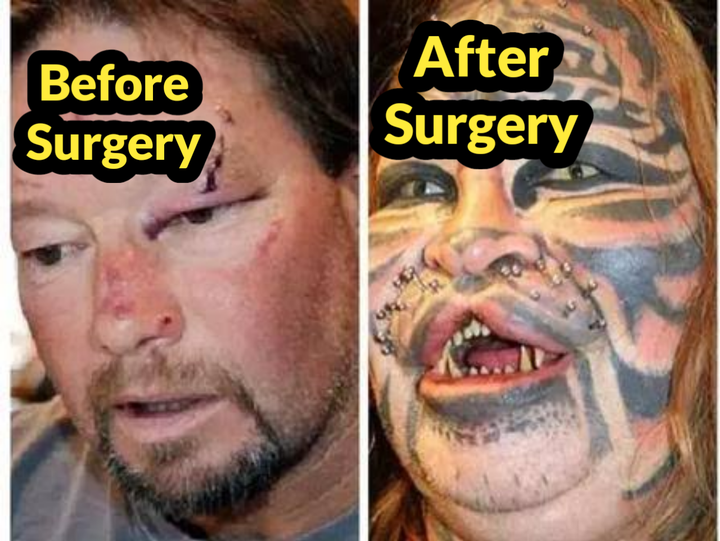