The Story Behind Sagging Of Trousers

By MichaelPD1st (self media writer) | 22 days ago

Fashion means different thing to an individual. The way you see fashion is not the way another person sees it. Sagging of trousers is known as fashion among some youths. But this sagging of trousers didn't start today and it may be interesting for you to know where it originated from.

The truth about the origin of this act of sagging trousers started from two different groups of people or should I call it, two different areas. One in the prison and the other among skaters.

Among prisoners, prisoners' clothes/uniforms were made a bit bigger and when given to the prisoners, they look a bit big for their waste. 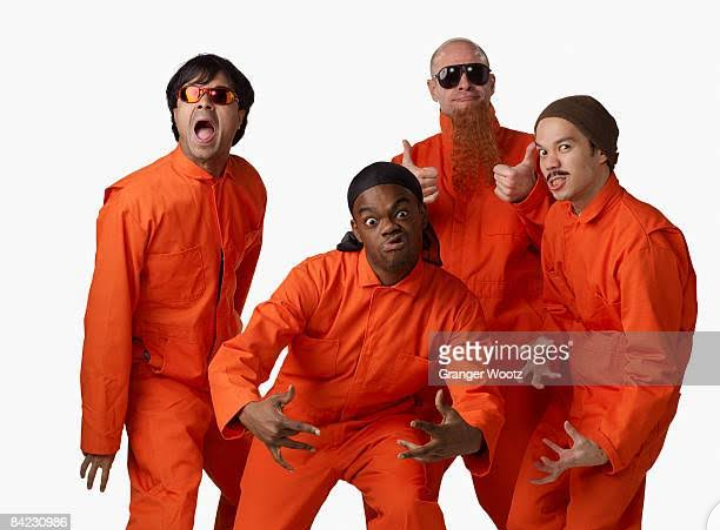 They were not given belts to use to prevent them from using it to commit suicide. They have no option other than to use their trousers like that which then makes them wear them below their waist. They have to support it with a hand so that it doesn't drop to the floor. When some of these people are freed, they, however, continue wearing their trousers below their waist while walking on the street.

The second set of people are the 'low riding'. 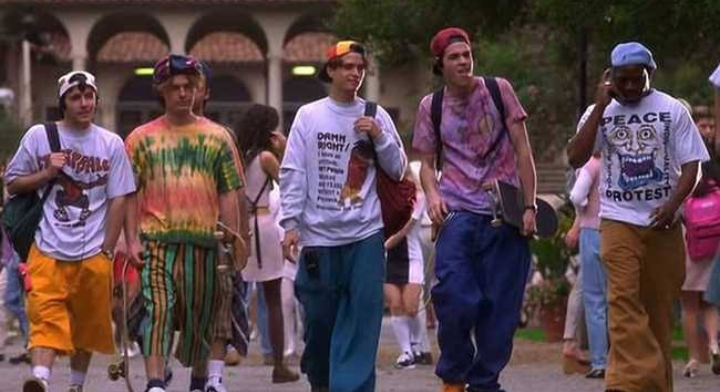 In what is known as skate culture. It is dated to about 1972 where skateboarders were known to wear their trousers below their waist and put on Vans tennis shoes with baggy jeans.

So how did it spread? I will like to say that the hip-hop singers helped in making this go-round. 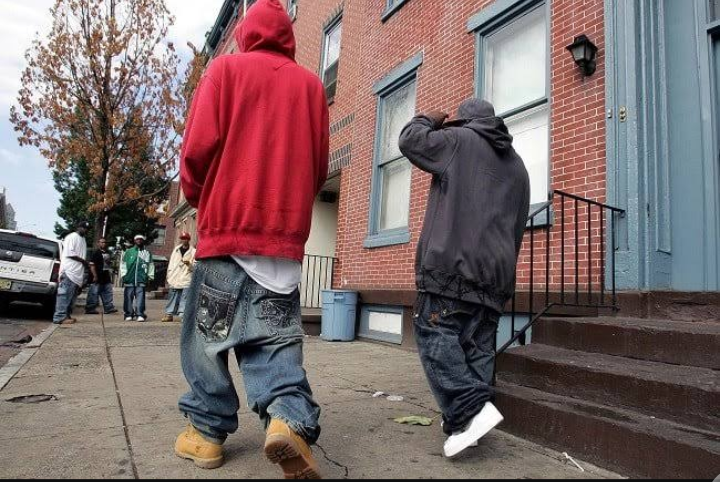 They put it on or wear baggy jeans (jeans that look bigger just like the ones giving to the prisoners). As we all know, some youths like something that looks against the normal. They started wearing it and it become a form of fashion.

Is it generally accepted by everyone? The quick answer to this question is no. Because some people in the locality frowned at it. Even in the America where it is believed to have originated from, some government in the locality pass law which prevent men from putting their trousers below their waist. But it was not banned at the federal level.

While their may not be a law against her in our country, those who use it should be conscious of their underwear. Abroad youth seems to wear their trousers on their waist with neat underwear. But in some cases, we see that some youths who try to sag do so to reveal undies that may not be that clean thereby making them alter their look. 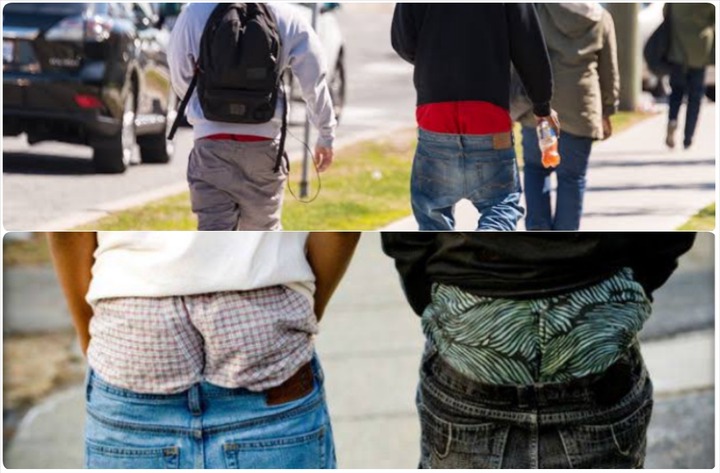 Appearing in untidy underwear may affect the way people look at you. A fashion should make you look more attractive.

Whether it is good or not, I am not here to ask you to put it away or to keep it up. But I want to believe that knowing the origin of it will make some people who may have seen those who sag their trousers as those asking for s_x will know that they are wrong on that. Also, that knowing where it originated from will make you decide whether to continue or to stop. At least, you now know how some people view you. And finally, if you must wear it, it will be better with clean underwear