What are birthmarks and why are they on your skin?

By DrGeraldine (self media writer) | 1 month ago

Birthmarks are marks found on the skin of a baby that can develop before or soon after birth.

These marks can be flat or raised, regular or irregular, and may have different shades of colouring from brown, tan, black, red, or purple. Extensively birthmarks are harmless and could fade away or shrink on their own but some birthmarks are associated with other health issues.

Though the exact cause of birthmarks is not known, doctors say they can not be prevented. Some birthmarks may run in families, but a genetic cause hasn't been found.

Some birthmarks form as a result of a hitch in the formation of blood vessels, while others are formed as a result of an outgrowth of cells that is responsible for skin pigmentation.

This happens when there are too many blood vessels or when the blood vessels are wider than usual. Pigmented birthmarks are a result of an overgrowth of the cells that create pigment (colour) in the skin. The most common vascular birthmarks are macular stains, hemangiomas, and port-wine stains:

Macular stains (angel kisses, or stork bites) are faint red marks that are mostly found on the forehead, eyelids, back of the neck, head or on the nose or upper lip. They are usually more noticeable when the baby cries.

Hemangiomas are a type of birthmark that grow rapidly during the first 6 months of a child's life and would shrink and disappear when the child is between 5 to 10 years old. 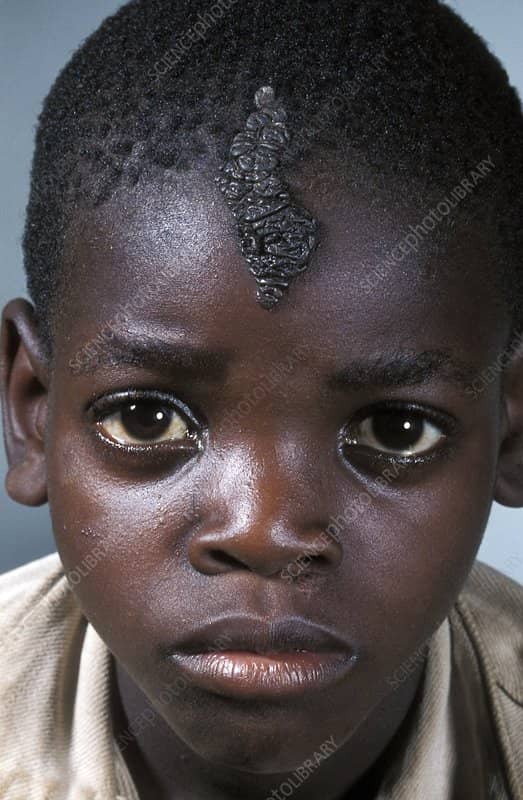 This type of birthmark looks as though wine was spilt on an area of the body it appears on. It is often seen on the face, neck, arms, or legs. This birthmark can come in any size and can grow as the child grows.

Port-wine stains tend to darken over time and can thicken and feel like pebbles in mid-adulthood unless treated. They never fade away without medication. When port-wine stains appear on certain parts of the face an MRI test might be needed.

The most common pigmented birthmarks include café-au-lait spots, Mongolian spots, and moles:

Café-au-lait spots. These types of spots can be anywhere on the body and sometimes can increase in number as a child gets older. One of these spots might not be a problem but six or more large spots on a child's body could be an indication of a bigger problem.

Patches are often found on the lower back or buttocks. They are common on darker skin, such as on children of African, Hispanic, Asian, American Indian, and Southern European descent. They often fade completely without treatment.

Mole is a common term for brown spots called nevi. Sometimes, small or giant moles can develop into skin cancer in the future. Moles can be brown, or black; flat or raised, and can have hair growing out of them.