Colour Symbolism: Learn About Colours And Their Meaning

By Noble4Peace (self meida writer) | 9 months

As a kid, I have never being a fan of the colours especially as it relates to what I wear but when people started referring to me with the word ‘colour riot’, I realise it was high time to add a little taste to my fashion; starting with the colour of my clothes.

Anyways, that’s not the gist of this write up today. Every time we wake up, we appreciate the fact that we are surrounded by varieties of colours, from the beddings, to the colour of your toothbrush down to the colour of the sky.

Psychologists discovered that colours have a way of affecting our emotional relationship to an object.

Also, they believe that it aids in instant reactions to a belief system for instance; when we see a group of people all dressed in black, there is the sudden feeling that they are dressed for a funeral rite and the same goes a calabash tied with red fabrics, it brings an ominous aura into the vicinity and strikes an atom of fear into the mind of the viewer.

This shows that colours stand as a symbol to humans whether in times of war or peace, death or life, failure or success etc.

However, we must carefully point out that a colour may mean different things to different people, which is determined by factors such as culture, age, gender or even experience.

Let us examine some colours and their meanings

This is one neutral colour which symbolises peace and purity universally. This is so as many religious groups adopt the colour especially during solemn festivals of purity (like marriage ceremonies) while political groups use the white dove as a symbol of peace.

However, in some cultures like India, colour ‘white’ may be seen as a symbol of mourning while Christians believe white is the symbol of light.

This is a colour unique in its own way. It is referred to as the colour of mystery. This is basically because of its ability to conceal true potentials.

Many believe that the colour is frost with bad luck because of its association with evil and negativity. It is also seen as a pessimistic colour because of its opaque feature.

However, others believe that its dense nature makes it powerful and as such, it represents power, dominion, confidence and independence. It is one of the most loved colours in the fashion industry.

The colour ‘RED’ attracts the most attention because of its ability to provoke emotions. This is thus known as the colour of passion.

It is no doubt that colour ‘red’ represents different things to different people. Most often, red is used to symbolise danger, anger, bloodshed or other forms of violence.

In a milder form, it is used to represent love, action, sexual passion, appetite, seduction, energy, or courage.

Even look at the sky and see how calm it is? You will also notice that it is usually blue with white linens.

Colour ‘Blue’ represents calmness. In this spirit of calmness breeds offspring such as trust, loyalty, peace, serenity and stability.

No wonder it is referred to as the world’s safest colour. Remarkably, it is the least hated colour by cultures across the globe and is used by many to repose confidence and responsibility especially in the business world.

It is also the colour which represents masculinity.

This is referred to as the colour of optimism. It is strikingly the brightest colour in the palette and as such, it symbolises joy, happiness, hope, excitement and inspiration.

Thus, for a man who encounters this colour, he is optimistic of a bright and positive future. It is believed that colour ‘Yellow’ stimulates a part of the brain which helps in logically thinking and rapid decision making.

When next you see the rising of the sun, think of the colour ‘yellow’.

Looking at the lush green vegetation scattered over the world, it is no doubt that green represents growth.

The glory of nature evident in the refreshing green plants around is a sight to behold. Many believe that colour ‘Green’ symbolises fertility, freshness, health, healing, and even restoration.

Many African cultures use green plants to wade off evil and snakes. However, few believe that green reflects envy, jealousy, revenge or even sickness (this is used mainly in animated movies where a subject turns green. 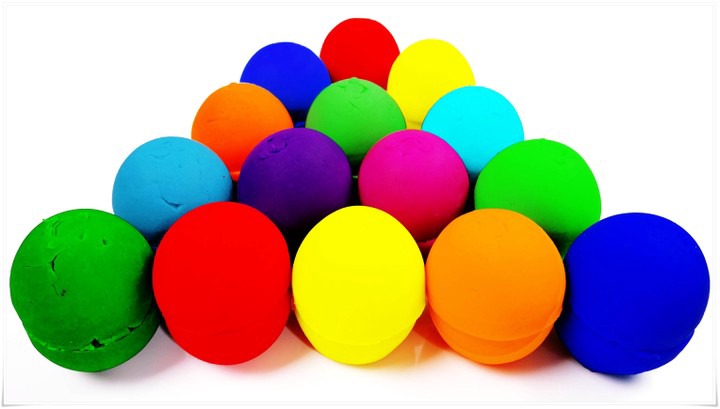 Content created and supplied by: Noble4Peace (via Opera News )

Celebrities with a small and modest home.

7 Overhyped Movies That Failed At The Box Office

From An Unemployed Graduate To 60k A-Month Writer, How OperaNG Took Me Off Nigeria's Job Market.