10 Founders Of Worldwide Brands Who Don't Usually Show Their Faces

By Usheritto (self media writer) | 8 months ago 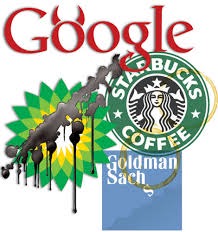 Few founders of famous brands enjoy their fame and can be seen on magazine covers all over the world. But people like Starbucks, Nike, Zara, and Ferrero prefer to stay out of the spotlight. You have certainly heard of them. Nevertheless, can you tell me how their founders look like? Do you know anything about them? 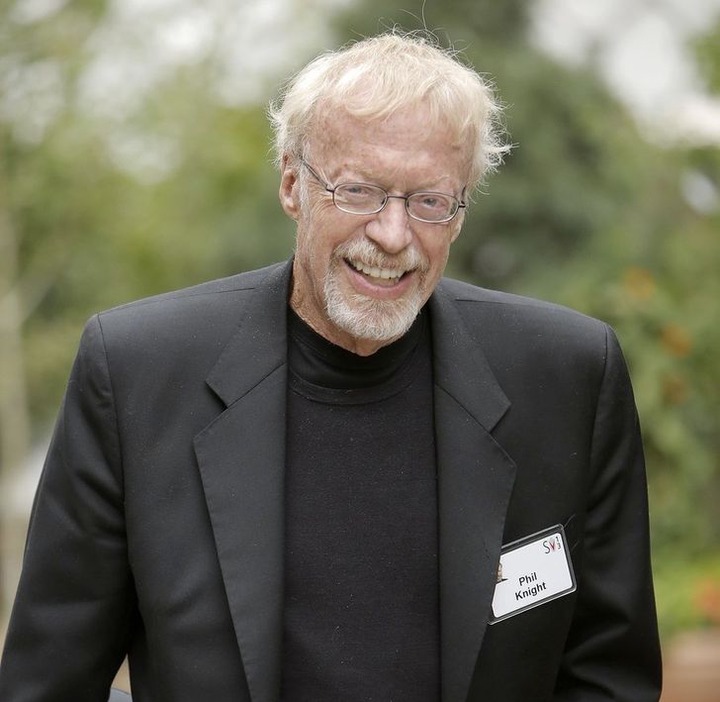 Young Phil Knight and his coach Bill Bowerman both adored running. However, in the 1960s, running shoes that were sold in the US were not “the real deal." That's how they created the Blue Ribbon Sports company to sell Japanese sneakers in the US. This company is now called 'Asics.'

As time goes by, it was getting very difficult to work with suppliers, so Phil and Bill decided to create their brand of sneakers. That was Bowerman’s idea. He saw his wife’s waffle iron and made the base for their sneakers. In 1978, the company got its official name, 'Nike.' Though he wanted to name the company something else. 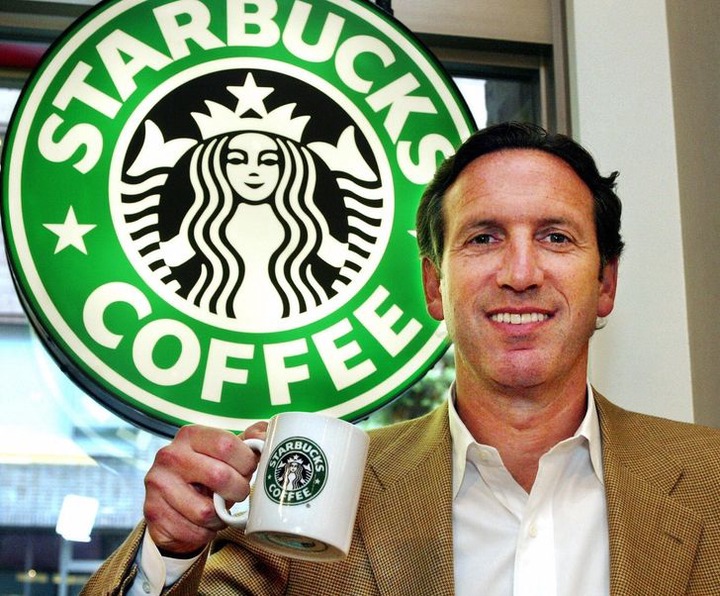 Starbucks was originally a shop that sold coffee beans and equipment in Seattle, in 1971. A few years later, the company was bought by Howard Schultz, which he turned into a real coffee shop.

In the beginning, Starbucks was opened in 1971 as a store that sold coffee beans and equipment in Seattle. And in 1987, when the company was bought by Howard Schultz (the owner of Il Giornale), the place finally started to turn into a real coffee shop. He was motivated by the atmosphere of Italian espresso bars and it's safe to say that he was the one who made the espresso-based beverages popular in the US. Thanks to him, Starbucks can be found almost anywhere in the world. 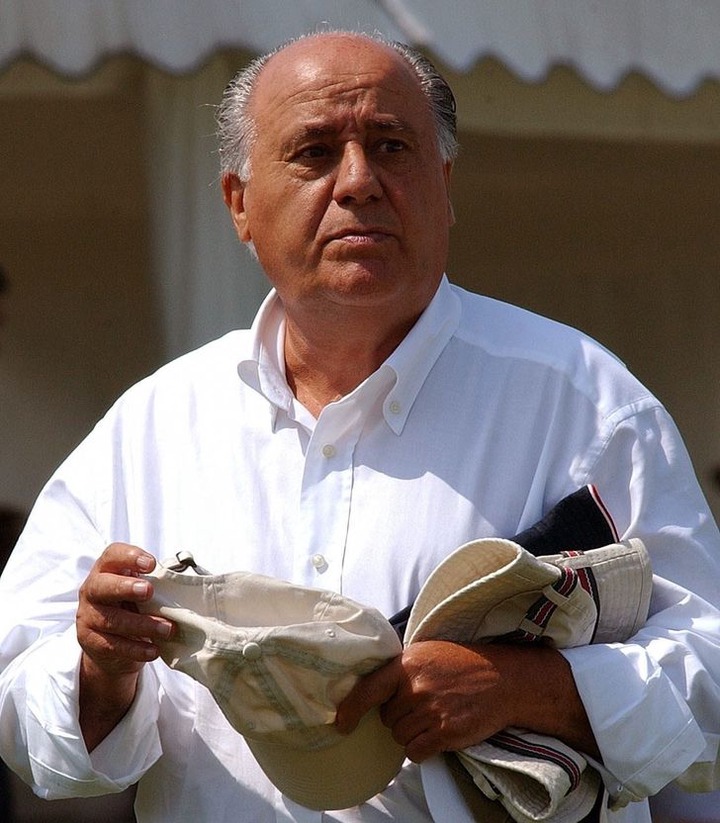 This guy is now the richest person in the world, though, he started his business in his living room. Amancio started his business in the 1970s. He made nightgowns and bathrobes with his wife right in their living room. However, one of their partners decided to cancel one huge order so he didn’t have anything else to do but to sell those items on his own. That is how he opened his first store in 1975 in La Coruna, Spain.

The business went very well, and the company concluded to follow the concept of instant fashion when new and trendy clothes appeared in the Stores every 2 weeks. Later, the company was renamed Inditex and opened new clothing stores throughout the US – Pull and Bear, Massimo Dutti, Zara Home, Uterqüe, Oysho, Stradivarius, Bershka, and Lefties.

4. Pandora – Per Enevoldsen and Winnie Enevoldsen 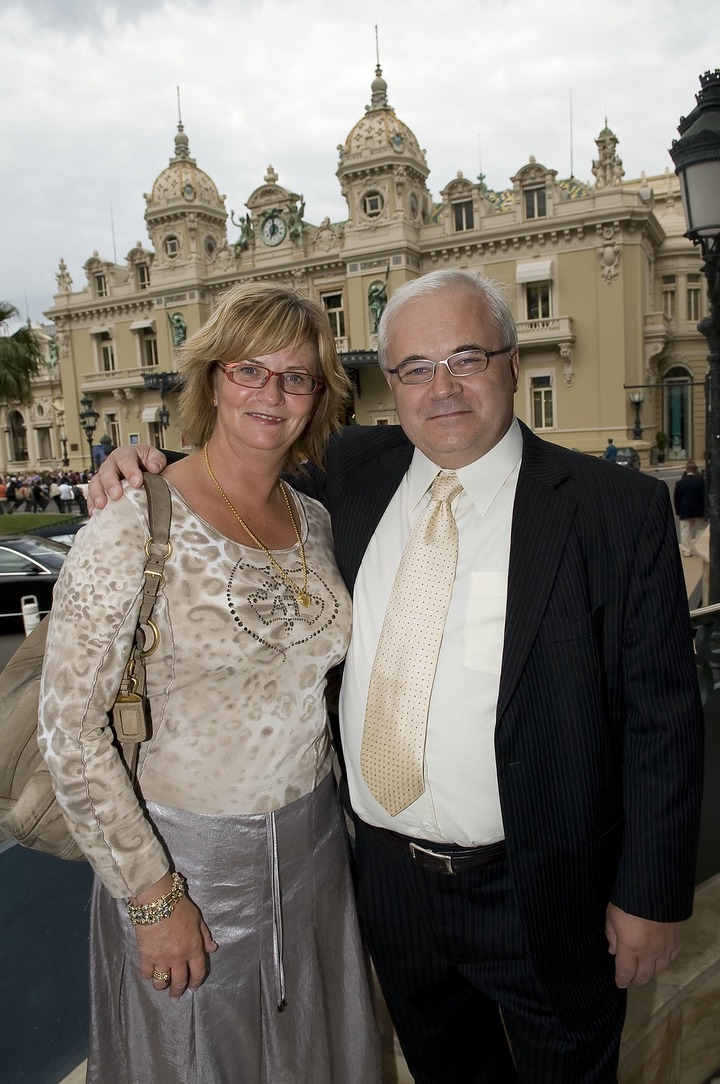 In 1982, the Enevoldsen family opened a small jewelry store in Copenhagen, back in 1982. Their fundamental technique was to buy their jewelry from Thailand and to sell it in Denmark. And in 1987, their company was already quite big and so they decided to create the jewelry of their design. Though, their 'name' was not established overnight. It took them 10 years to do that. In 2000, the charm bracelet was created, and buyers were able to create the jewelry of their design by putting the charms they wanted on the bracelet. The company has been growing since then, and the Enevoldsen family is one of the richest people in Denmark. 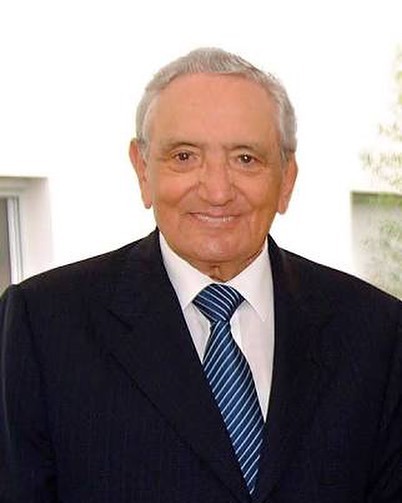 Michele Ferrero is one of the great men that this world has ever seen. Yet, his inventions were not vital for the survival of humans, but you are surrounded by them, and no child has grown up without his inventions. Your favourite products were all made by one man and you may not even know this.

In 1957, Michele inherited a family business producing a chocolate paste with nuts. The man was very committed to it. To create new products, he thought about a collective image of an Italian housewife and asked himself a simple question, “What does an average Italian housewife buy for her children?” That is how he created 'Kinder Surprise Chocolate Eggs.' He also figured that kids liked chocolate and parents made them drink milk so he combined these products. After that, he created 'Ferrero Rocher and Raffaello,' using the enriched recipe of the original family recipe. He also improved the recipe of chocolate spread and gave it a more recognizable name – Nutella.

He discovered that American women cared about their weight and wanted to make a good impression for them, he created the famous 'Tic Tac' and it only has two calories. He lived a long life and died at the age of 89, he left his brand to his children that people all over the world know and love today. 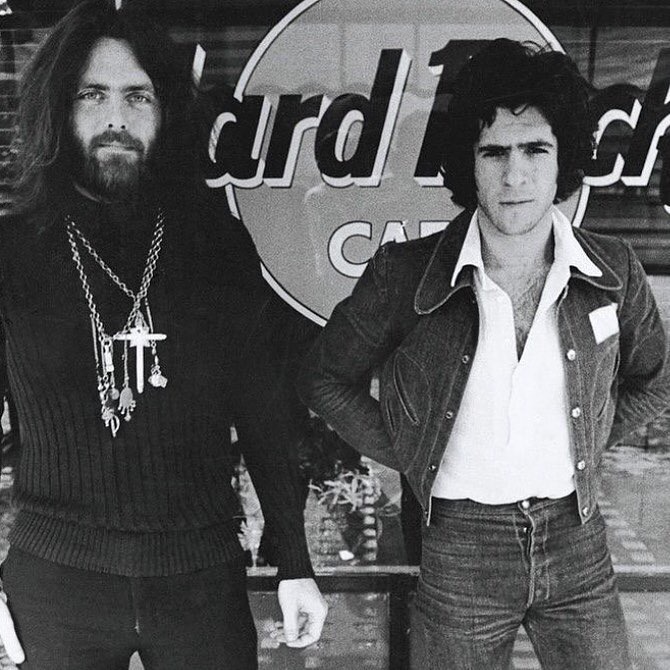 This global popular café chain was founded in 1971 by young Americans Isaac Tigrett and Peter Morton in London. In 1979, they began covering the walls of their café with rock and roll symbols and memorabilia. Every single object that is a part of their empire is the tradition they have been following. In the year 2007, the Hard Rock was sold to the Seminole Tribe of Florida.

This well-known cafe chain has an interesting history. In 1969, the musicians from 'The Doors' were recording the album Morrison Hotel. Fortunately, they accidentally came across a diner named 'Hard Rock Cafe,' and their album was exactly in this music style.

There is an urban legend according to which The Doors were the ones responsible for the initial popularity of this café since they put it on one of their album covers. After a year, two Englishmen called them, they were Isaac Tigrett and Peter Morton, and asked them to allow them to open a cafe in London named 'Hard Rock Cafe.' Luckily, the musicians didn't reject, and soon the cafe started growing fast. 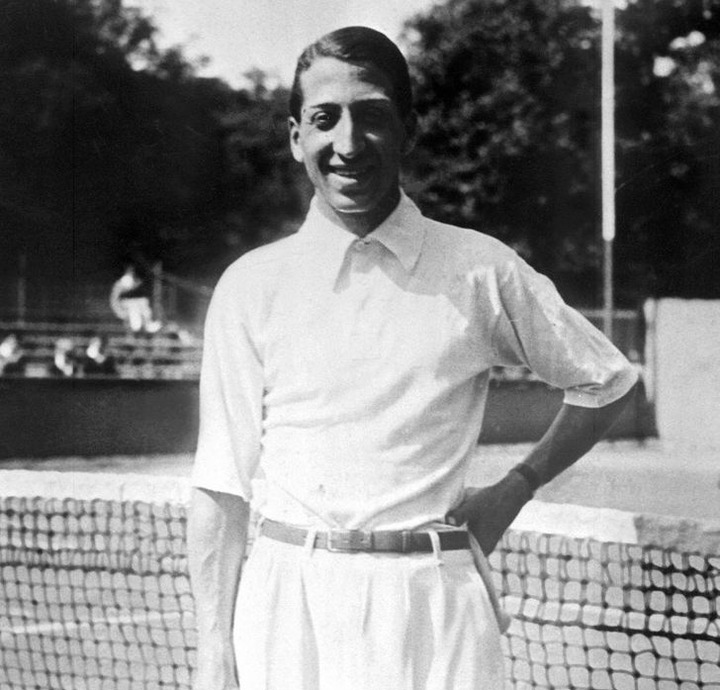 I still find it hard to believe, that one of the most famous brands was made by a tennis player! In the 1920s, people played tennis in long-sleeved shirts. In 1926, René Lacoste sewed himself a short-sleeved shirt for one of the tournaments. His nickname was 'Alligator' because he consumed every single opponent if they made a single mistake.

This is how a small crocodile appeared on the shirt, and it became the logo of the company. In 1933, René established a company that made shirts for tennis, golf, and sailing. 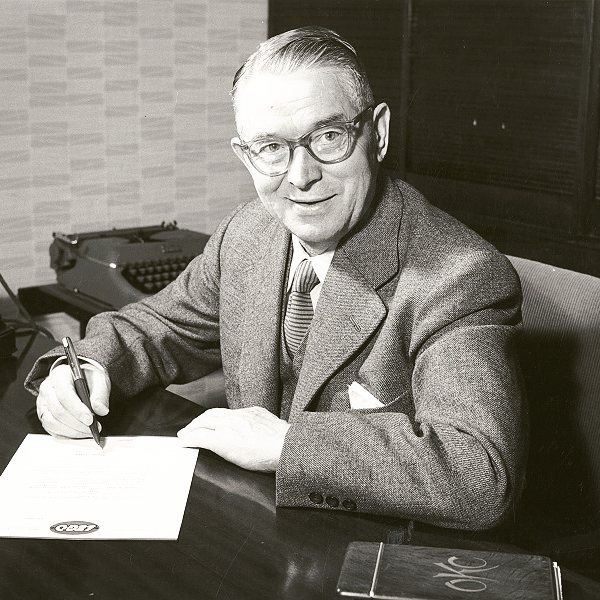 In the early 1930s, Ole Kirk opened a company that made ironing boards and ladders. Nevertheless, that had not been the right move, so he started making wooden toys. Soon after that, in 1947, he started making those toys out of plastic. The name of the company, “LEGO” is made of two Danish words, “Leg” which means “play” and “Godt” which means “Good”. In 1947, the toys became plastic and had unique parts that allowed children to connect them; this is how the Lego we know today emerged. Fortunately, the elements of Lego are similar to each other in all of their forms – the shape and the design changed but the attachment parts have always been the same. That means that you can attach any modern part to every single part of the oldest models. Ole died when he was 66 years old and his 4 sons inherited the company. 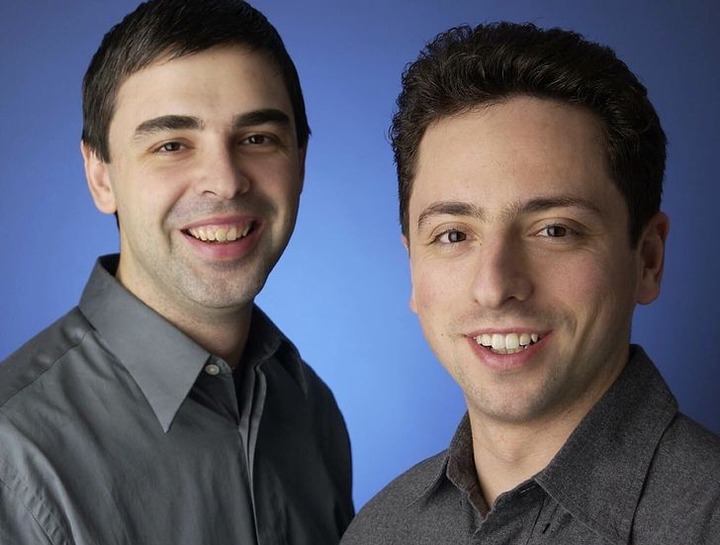 This company was created in 1998 by two students –Larry Page and Sergey Brin, from Standford University. They founded a company and registered the Google.com domain, in the year 1998. The English word "googol," means a number with 100 zeros, and that's how the Google name was made. 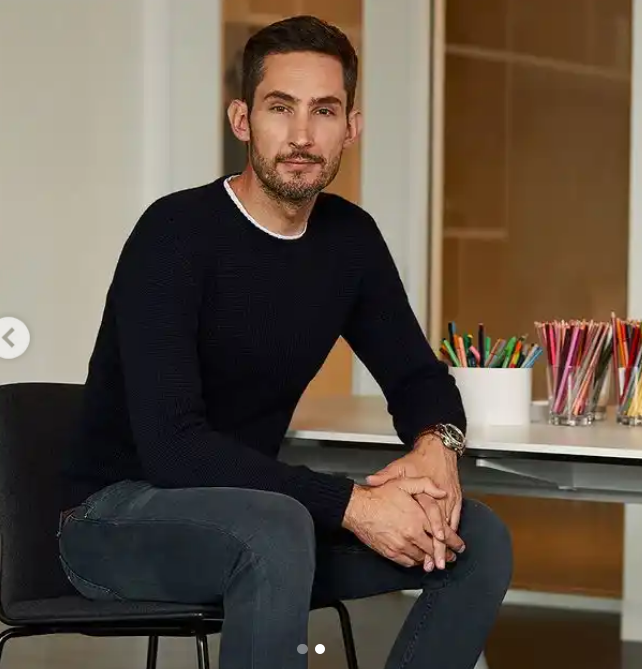 This exceptionally popular social network was created by Kevin Systrom, a student at the Stanford University. This guy loved photography and even went to Florence once to find out more about this art. A teacher showed him a Holga camera that made square photos in retro style.

Kevin found investors and he and Mike Krieger started developing their photo service. They desired to make something extraordinary but easy to use. Systrom thought of the cheap camera from Florence and was inspired to create filters.

That is how he came to an idea to start developing his original photo service and named it X-Pro II. After two years, the company was bought by Facebook for $1 billion, and it became what it is today. Instagram has become something more than just an application. And regardless of whether you love it or not, you have to admit that it's huge!