Hats And Walking Sticks: What Makes A Stylish Isoko Groom

An Isoko groom from the south-south states of Nigeria is known for a unique dress culture of wearing a senator, or say tunic top, on a stylishly tied wrapper. But that is not all. They are distinguished from other grooms in the region by the hats and a walking stick they accessories it with. To speak nothing but the truth, that outfit always adds elegance to each Isoko groom and often reflects even in the way they carry themselves. 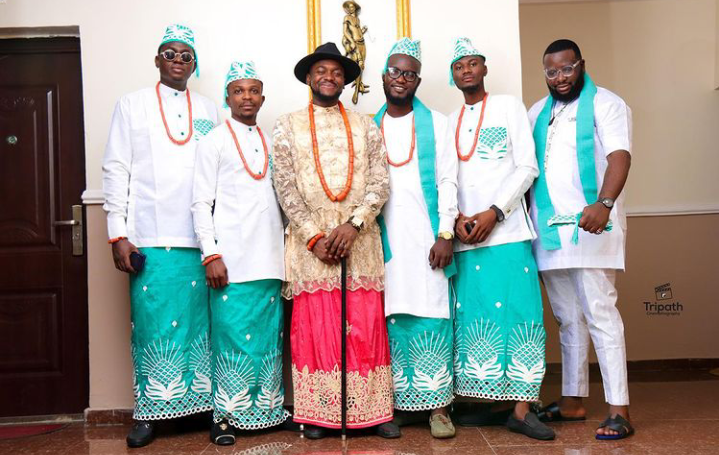 It will interest you to know however that the hat-wearing and walking stick-holding culture of the Isoko groom has its root in European culture.

It all started during the colonial era when slaves were sold in exchange for goods. Being the first point of contact with the European colonial masters in Nigeria, the Niger Delta chiefs and kings were usually given clothes and other commodities in exchange for slaves who were used as labourers. Some of the commodities given to the chiefs and kings were the hat and walking sticks which they flaunted as first-class citizens, pairing it with their traditional wrapper and flowing shirt outfit. The Ijaw people of Bayelsa (the then Rivers State) were the first to adopt these adornments into their culture. It started with the Nembe people then spread across to the Okirika, Kalabari and Bonny people of Rivers State before it further spread to neighbouring Ijaw tribes and then to other tribes of the coastline states of Delta, Akwa Ibom and Cross River. 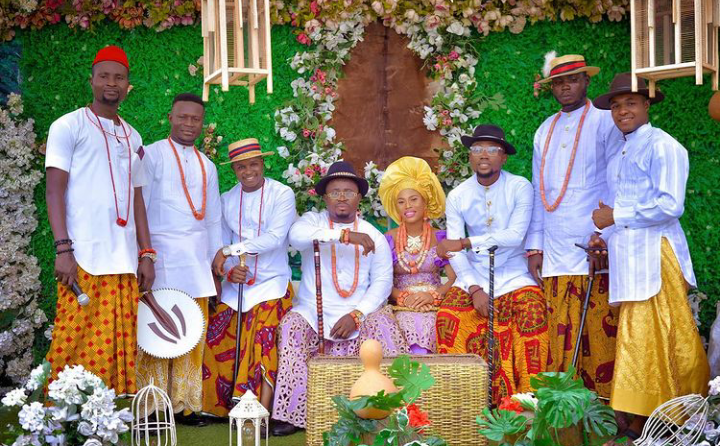 In recent times, the cap has become an integral part of the culture especially in cultural gatherings such as weddings. Every young man who is getting wedded traditionally always has the hat on and walking stick in their hands and you would agree that this adds class and style to their outfit.

Content created and supplied by: 684Creations (via Opera News )