By SportsBanger (self media writer) | 28 days ago

In Nigeria, there is one thing people take to cognisance before patronizing a hawker. This thing is called "packaging". When a hawker hawks without packaging himself or the products well, he might get low patronage. For Moses Ubi, a well known agidi (corn Jello) seller in Akwa Ibom state, how he dresses corporately has made him thrice richer compared to how he wasn't financially bouyant long ago. 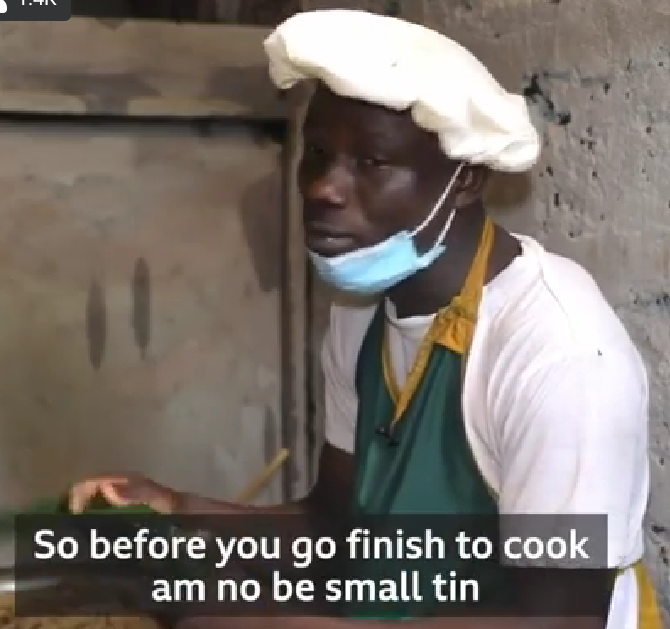 In an interview a BBC News Pidgin's Correspondent had with Moses Ubi in the early hours of today, the corporate hawker make it known that he's been selling agidi for over ten years. According to Google, agidi is "a gelatinous starchy food made by boiling a paste of (fermented) maize meal or flour." 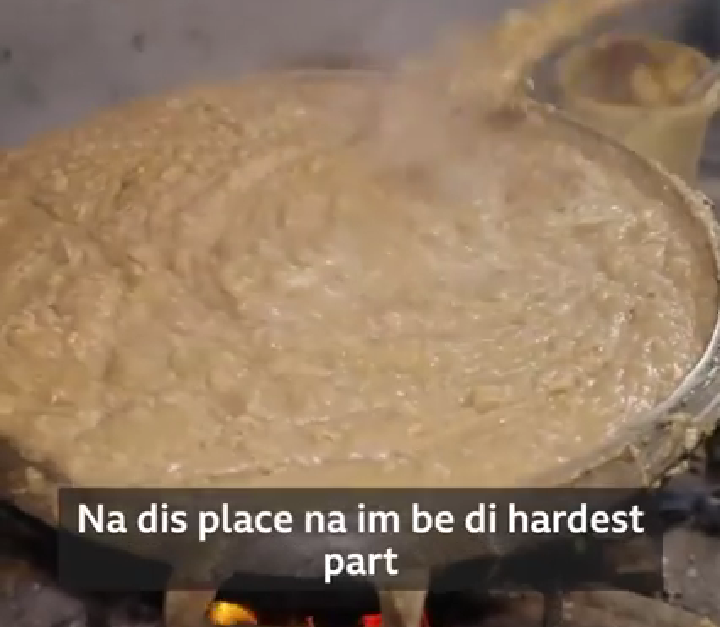 Moses Ubi made it clear during the interview that he realized he needed to dress corporately because it makes him unique from other agidi sellers. Moses said his aunt was the one who taught him about making agidi in 2008. Moses Ubi pointed out that when he started dressing corporately, he also learnt more on how to win the hearts of his consumers by acquiring the rightful communicative skills. In the interview, he said sometimes he tells his customers that agidi is nutritious and would make their skin smooth. 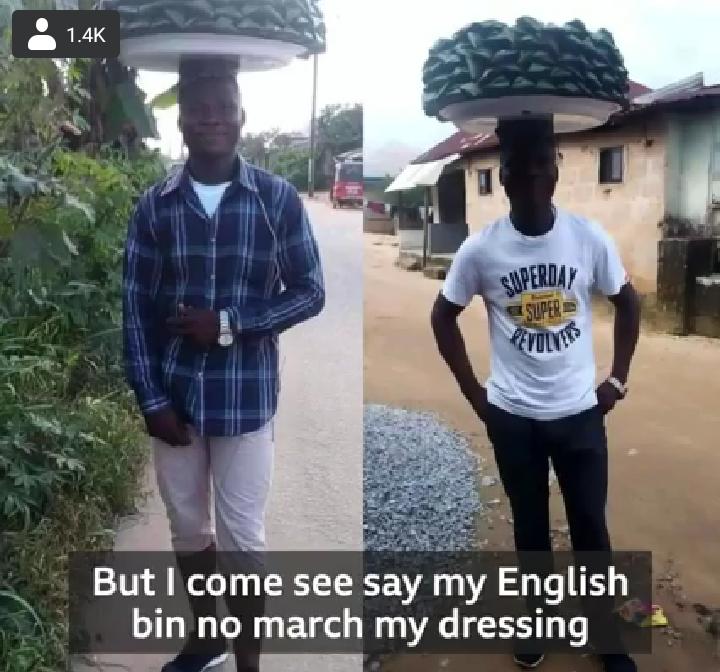 Moses Ubi said what matters in business is taking the right steps and trusting the process through endurance. Moses said he nearly gave up when he just began due to low patronage but with endurance, perseverance and patience, he started making gains. 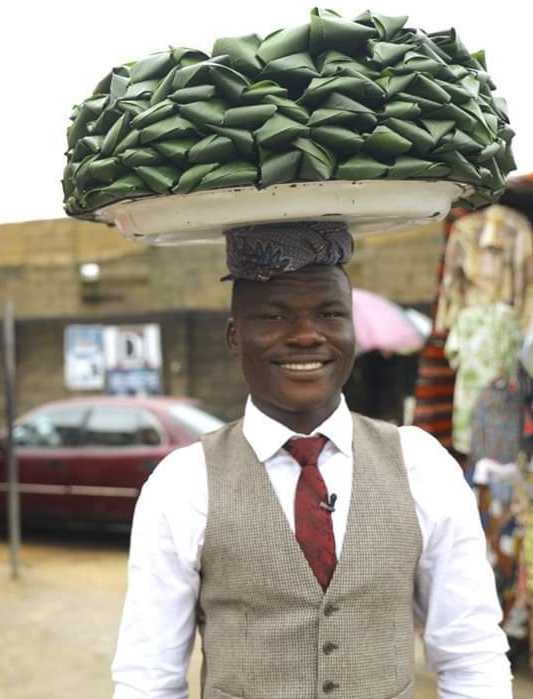 Moses Ubi told the interviewer that the most difficult part of making the corn jello is during the cooking. He said he's a sole proprietor who controls his business with no one's aid. 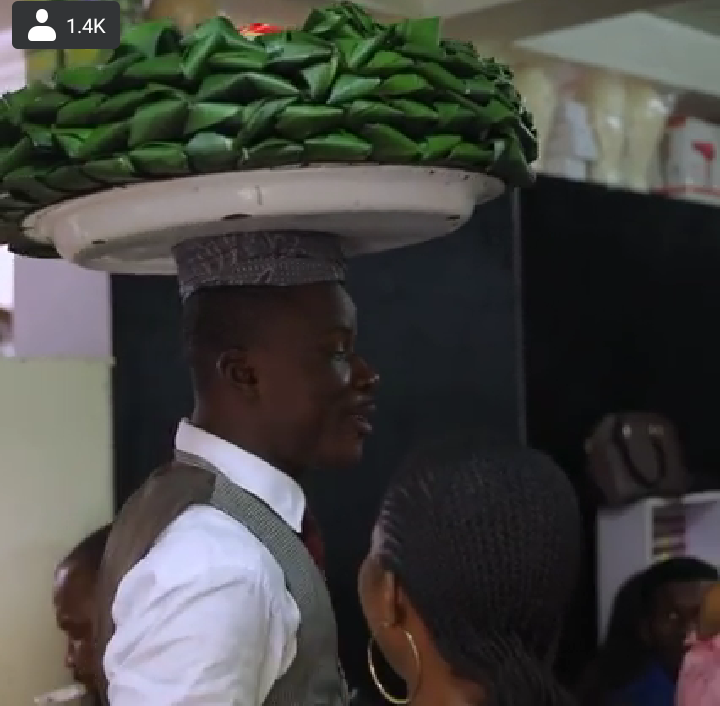 Moses Ubi, who hawks in Akwa Ibom state, said he realized that most people who patronize him do so as a result of how eloquent he is when communicating and how he dresses entice people too. 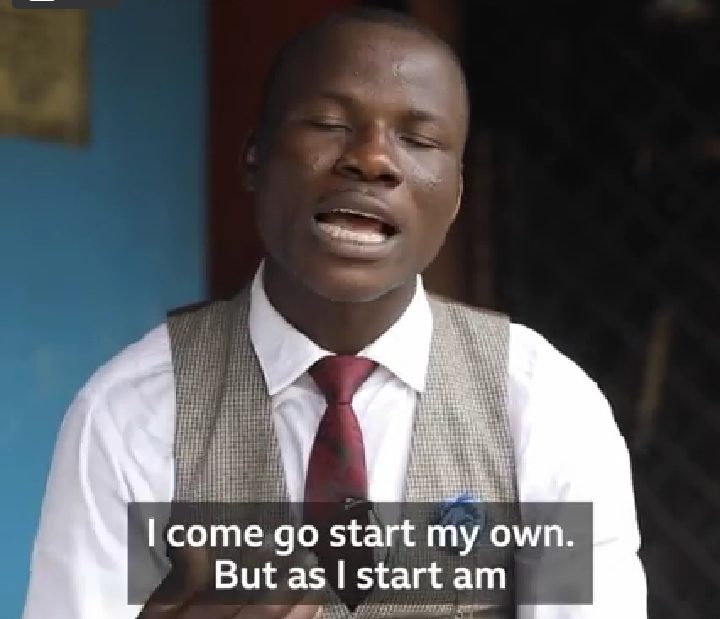 Towards the end, Moses Ubi noted that he has bigger plans like establishing agidi selling branches across towns in Nigeria. He said he hopes to sell for the people of the upper class in the society in few years time. 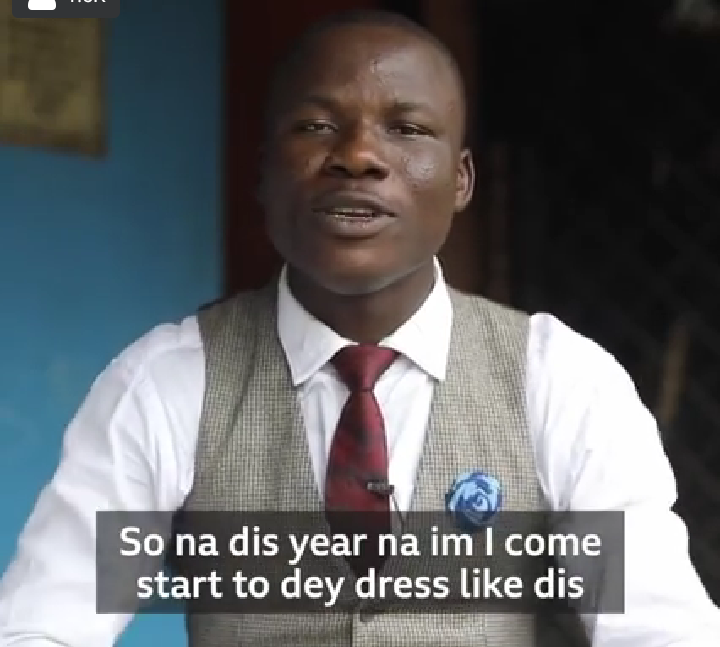