By Emmanuel_Jacksong (self media writer) | 1 year ago

Some African Cultures You Never Knew: 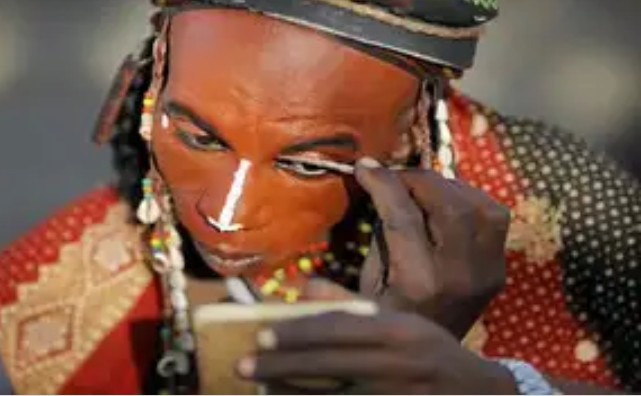 Culture is a way of life of a people. We were all taught this in social studies as early as our primary education. The early exposure to culture was in consonance with the fact that everyone needs to understand that lifestyles vary. Traditions/cultures are usually inherited or formed, and they are believed to be sacred. Because of this notion, the adherents act according to the cultural permissions of their background or where they live. Their day-to-day portrayals are within the strictures of their cultures. Africa is embellished with cultures. One thing about some cultures is that they have refused to be dislodged by time and civilisation. They have been resilient to the wind of trend. After going through a thorough research with my very good friend, Hilary Akuburunwa, we have come out with a few amazing findings about some African cultures. These African cultures will be treated here with no intent to disparage or glorify. 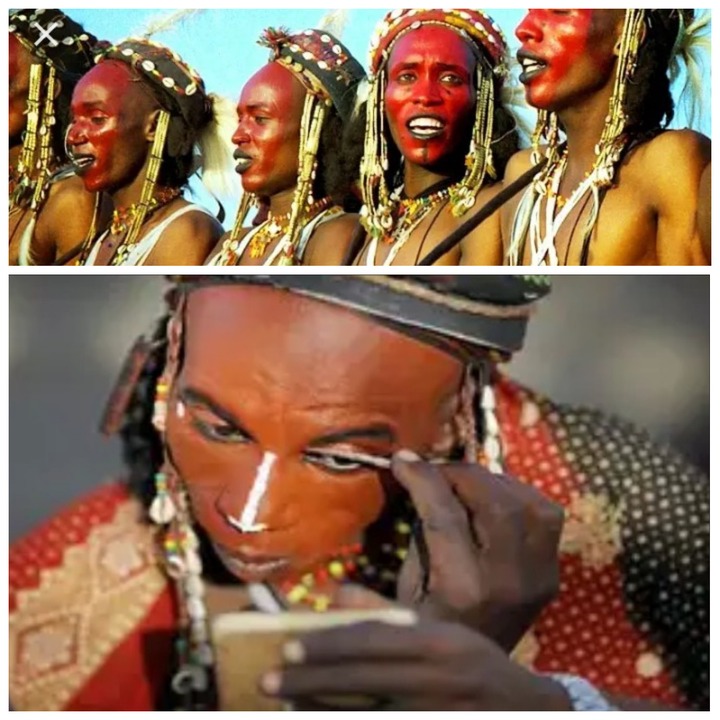 In the Wodaabe tribe, of Niger, in West Africa, men are allowed to take each other's wife. At the annual Gerewol Festival, the Wodaabe men wear elaborate makeup and costumes and parade themselves before the women. 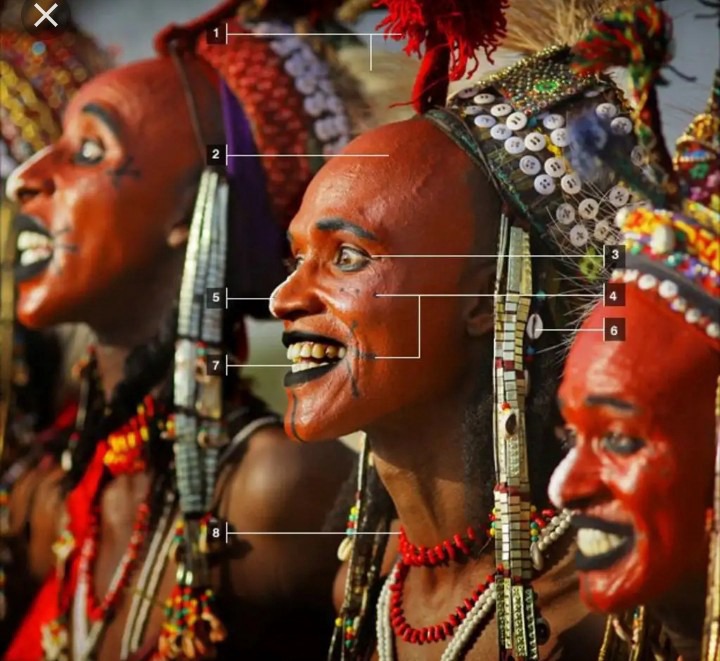 If any woman praises any of the men, he takes the woman (who is already married) home as a wife. Many men look forward to participating in this ceremony. They want to add to their collections of wives. It is a ceremony that induces joy among the people. Research has shown that what informed this tradition was the intention to make the people enjoy merriment equally. Everyone gets to enjoy what others have enjoyed. 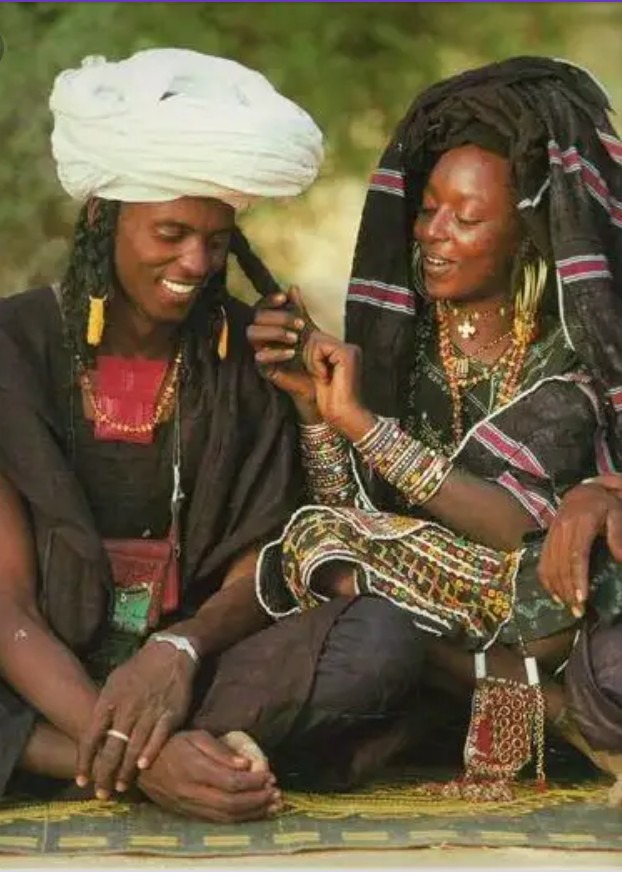 Spitting as a form of greeting (Kenya):

The Massai tribe found in Kenya and Tanzania spit as a way of saying hello. In addition, when a baby is born, it is required of the elders to drench it in their spittle and call the baby "bad". They believe this would protect the baby from evil spirits. Maasai warriors also spit in their hands before shaking the hands of elders. Another aspect of the Maasai culture is the drinking of animal blood.No one is compelled to do this actually. For those who drink it, it is a nice substitute for wine.

Festival of the dead (Malawi): 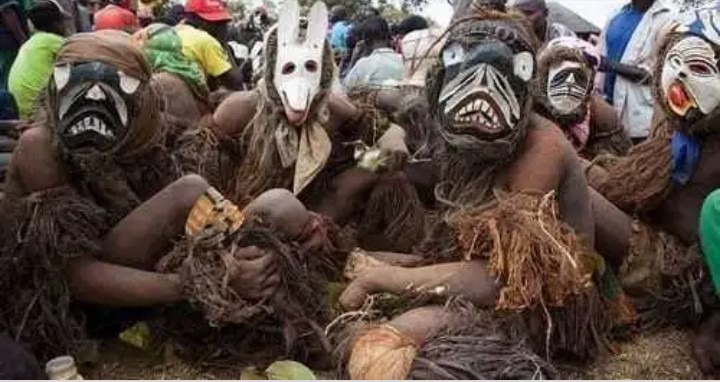 This practice has its setting in Malawi. In that country, there is a community called Chewa. During the burial ceremony, of a tribe member, it is customary for the body of the deceased to be laundered (washed). 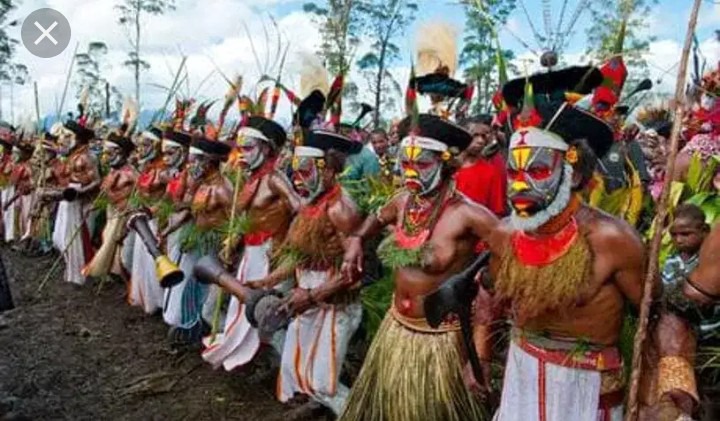 The corpse is taken to a sacred place where the cleansing is done by slitting the throat and pouring water through the insides of the dead. The water is squeezed out of the body until it comes out clean. The water is then collected and used to prepare meals for the whole community. Everyone eats the meals with the satisfaction that the corpse can now be buried. If this is not done, nobody takes the risk of burying the corpse because the consequences will be grave. Everyone looks forward to eating meals cooked with this water. For them, it is more delectable than those prepared with normal water. In Ethiopia, young boys have to undergo some form of ritual to confirm their development into men. A young boy has to strip naked, run, jump, and land on the back of a bull. This is then followed by running across the backs of several bulls, pulled by the tail and horns by older men. 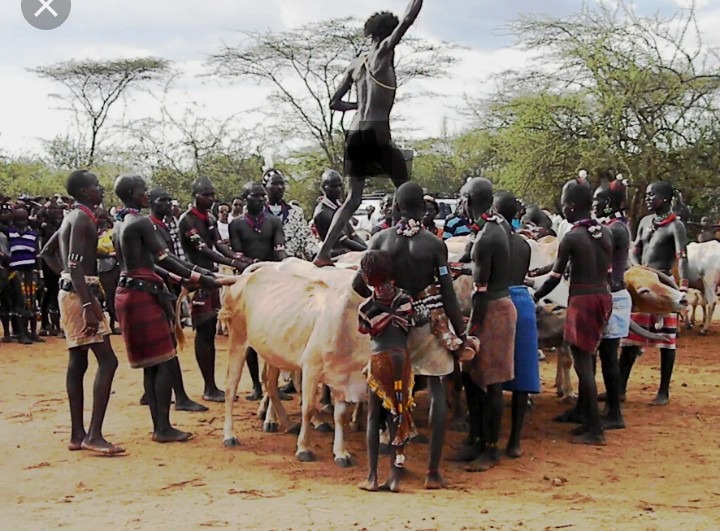 This practice is known as Hamar. Without doing and surviving this, a youth is forbidden to say that he is developing into a man. 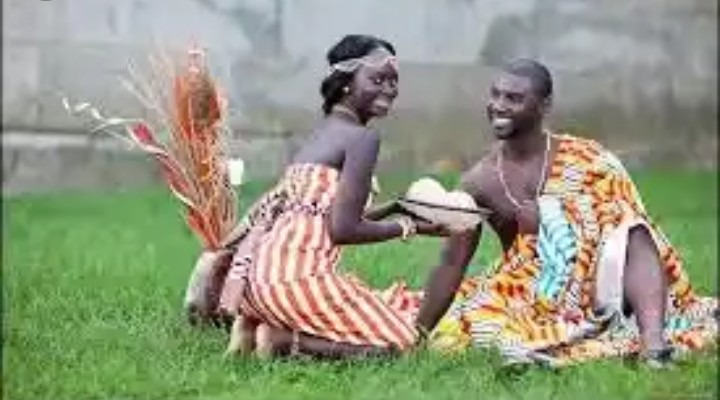 In the Banyankole tribe, a minority tribe living in Uganda, marriage is quite a burden to the bride’s aunt. There, before a girl gets married, her aunt must have sexual intercourse with the groom. This is to confirm if the man's organ functions. This, they believe, will save the girl the heartbreak of marrying a man who is impotent. If the aunt meets the prospective groom and confirms that the is potent, the marriage can then go ahead.

The people of Surma tribe are found in southern Sudan as well as southwestern Ethiopia. During teenage years, females undergo the lip stretching act which involves removing their lower teeth to accommodate a lip plate. The lip plate is increased in size yearly until it gets to an astounding size. Some of the men do this similar exercise with their ears. In addition, to this, there is another one in which the men mark their warriors known as "stick fighters". The marks or scars, they believe, attract females to them.

Africa is known for its cultural diversity. The proponents of these cultures have numerous reasons why their tribes have continued to sustain these practices/rites. Their uniqueness, as tribes, hinges on these practices. They are proud of their cultures.

Content created and supplied by: Emmanuel_Jacksong (via Opera News )