Rahama Sadau is a popular and famous Kannywood actress who acted in more than 50 films and joined Nollywood in 2018.

Rahama Sadau has been a subject of discussion in the North since the time she hugged a musician in a music video and was suspended from the Kannywood Industry for hugging a man which is against the laws of the Kannywood film Industry. 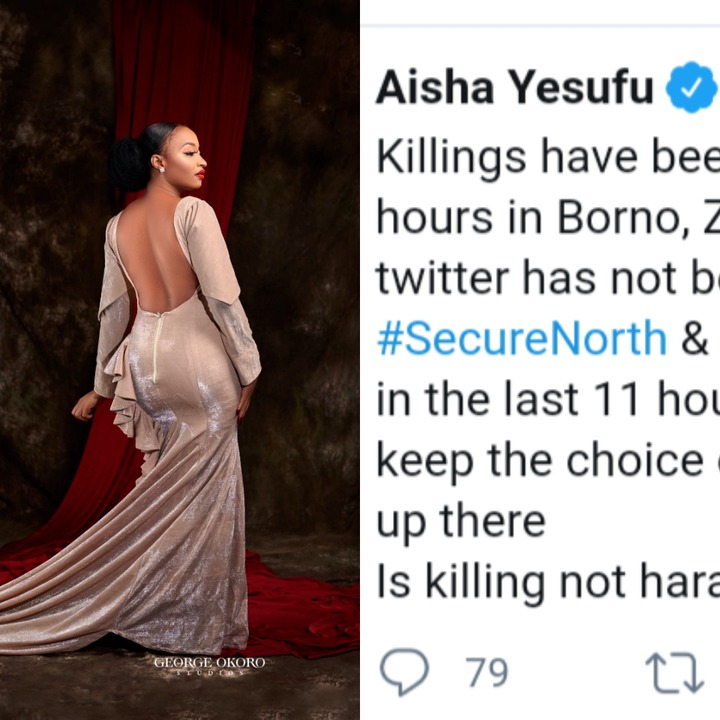 Since then Rahama Sadau fame has faded in the eyes of some of her fans for always breaking the Kannywood Industry laws and their fans see that behaviour of her as non-islamic act.

Rahama Sadau after serving her year suspension returns to Kannywood Industry as usual but she is a fashionista that likes dressing up in different fashion designs and styles like other role models.

Some photos of Rahama Sadau surfaced online through her official social media handles and that has sparked some reactions from fans and many people. 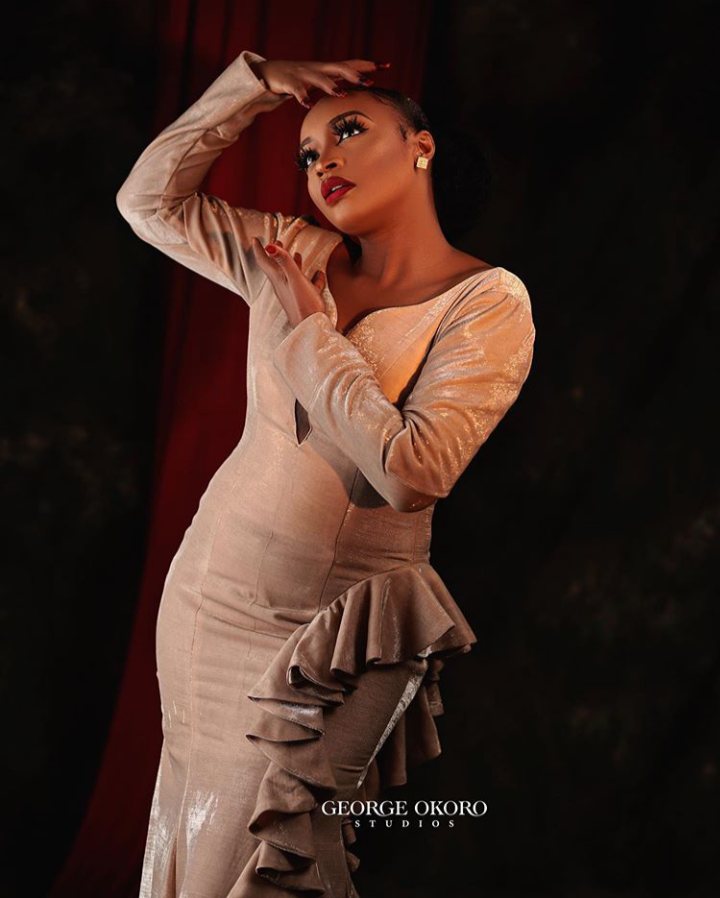 She was pictured in a gown dress where she shows her open back and bum bum in various styles from the photos she took. The EndSARS protest leading lady and human rights activist Aisha Yesufu has some words too in regard to the photos of Rahama Sadau that sparked reactions. Here is what she says "killings have being going on in the last 72 hours in Borno, Zamfara and Katsina yet Arewa twitter has not been been able to keep #SecureNorth and #EndInsecurity up there but in the last 11 hours they have been able to keep the choice of an individual's dressing up there". 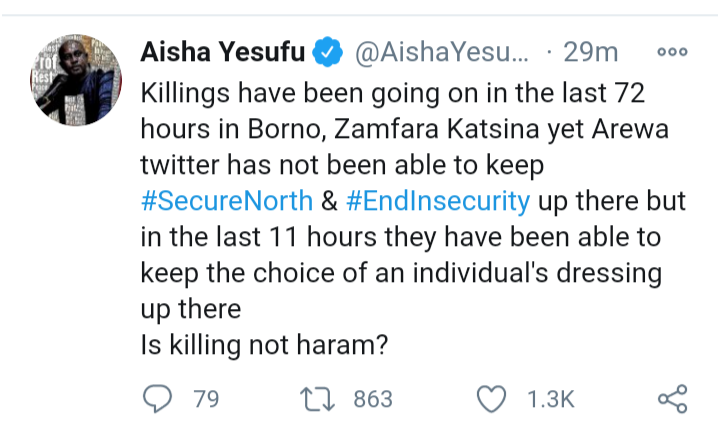 That was Aisha Yesufu replying to reactions on Rahama Sadau dress, even though she didn't mention her name but the tweets of reactions are at the Arewa twitter.

Rahama Sadau is seen as going against the Islamic way of dressing by wearing such dress and that causes so much debate about her and the way she present herself in the North.

At times dressing is a matter of individual choice and a saying people are addressed accordingly to their mode of dressing.

How do you see Rahama Sadau dressing in this gown. Don't forget to drop your comments down below, like and share for others to see.