Reactions To Video Of Fat Lady Tossing A Slim Lady Around By Her Hair During A Violent Fight.

By Greatkhasi (self media writer) | 2 years ago 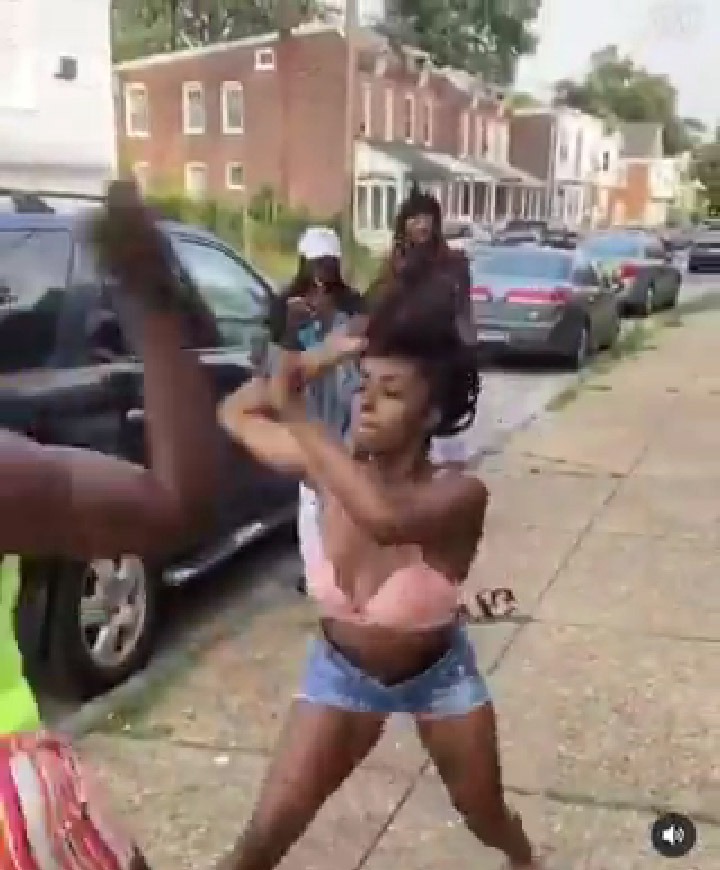 Humans have often shown animalistic tendencies towards each other, and a video which has recently surfaced on social media of two ladies fighting and the heftier one dragging her opponent by her braids proves that.

It is often said that there is nothing as deadly as the scorn of a woman. What then happens when two women are scorned? War or worse still, a mindless fight that has one one opponent holding the other by her hair and tossing her around as a piece of paper. This was exactly what happened in a video that was shared online by a social media user, two scorned ladies were at each others throats as they attacked each other over an unknown source of discord. 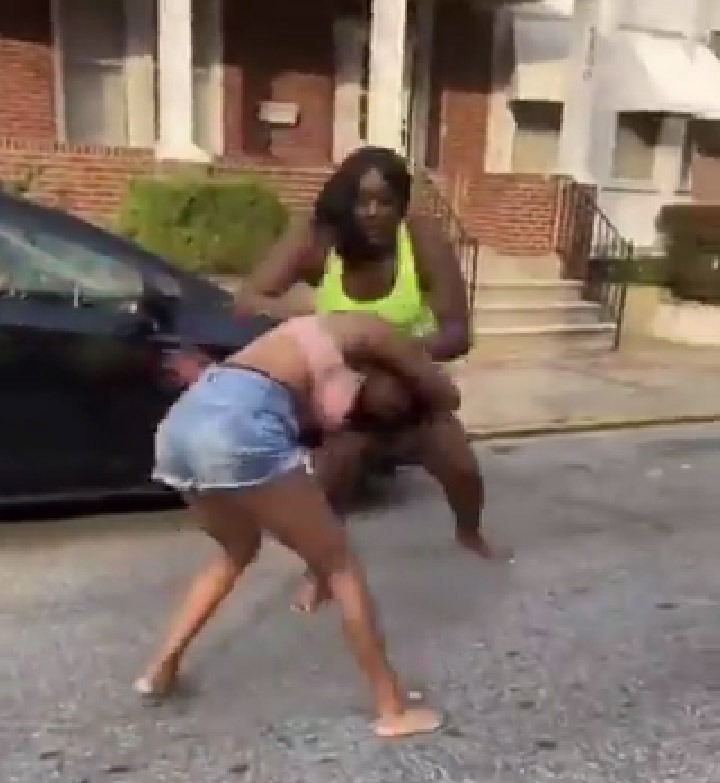 The cause of the violent fight is yet unknown as the video started with the ladies having a go at each and in no time, one of them was using the other to literally wipe the floor while holding her by her braids.

In the video, two ladies were caught up in an altercation, one of them who looked bigger than the other did not waste anytime as she held the other thinner lady by her braids and tossed her round and round like a piece of cake. 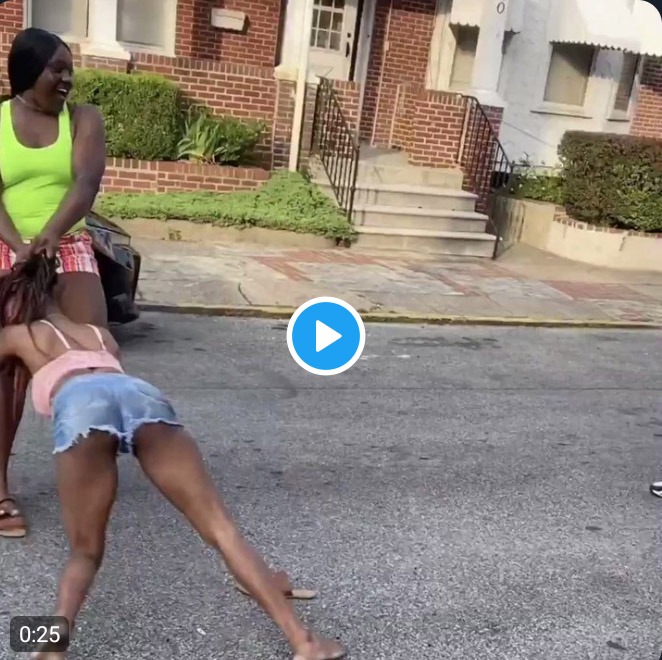 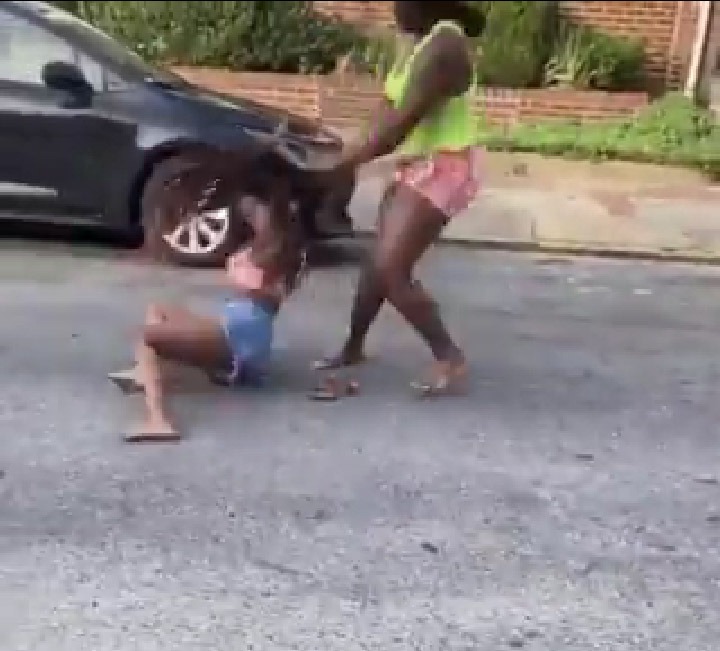 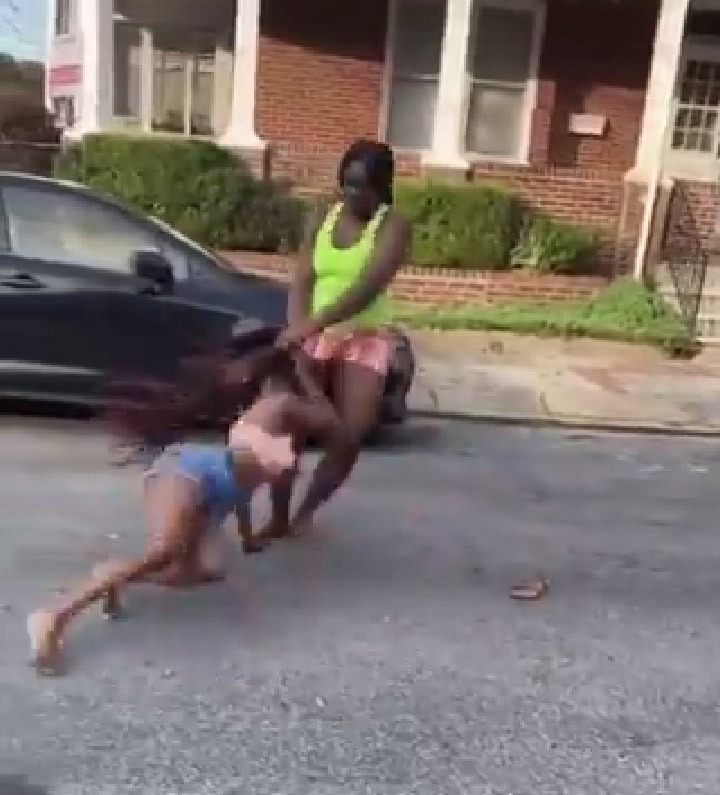 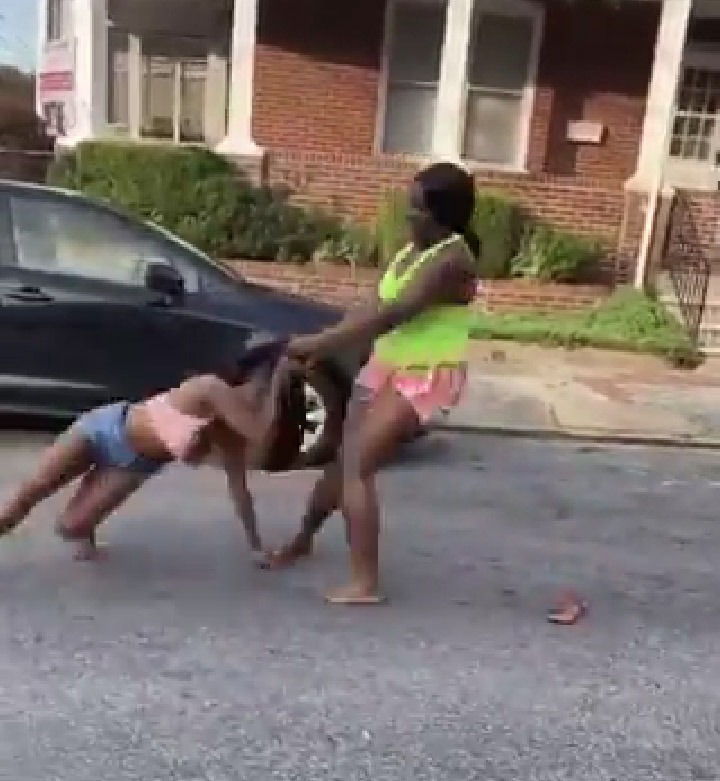 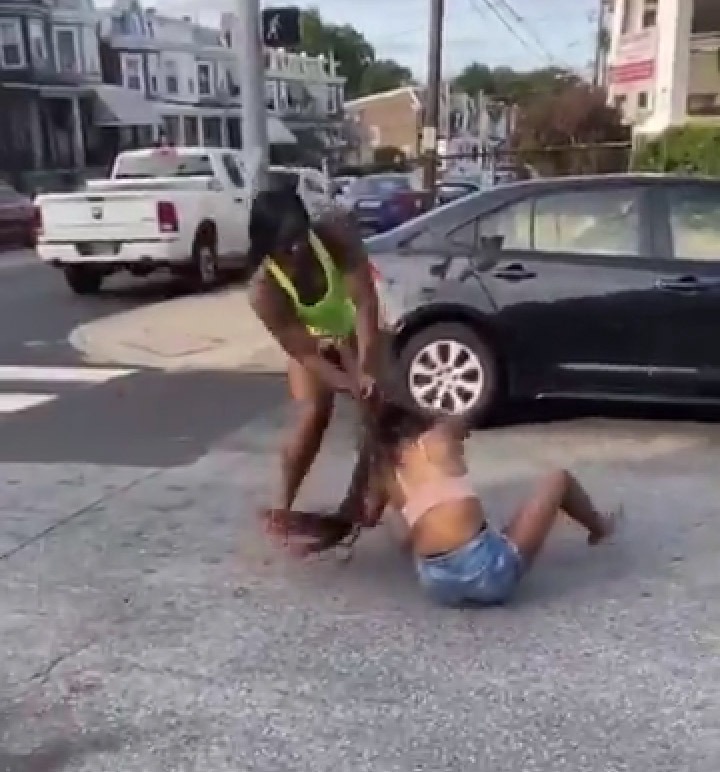 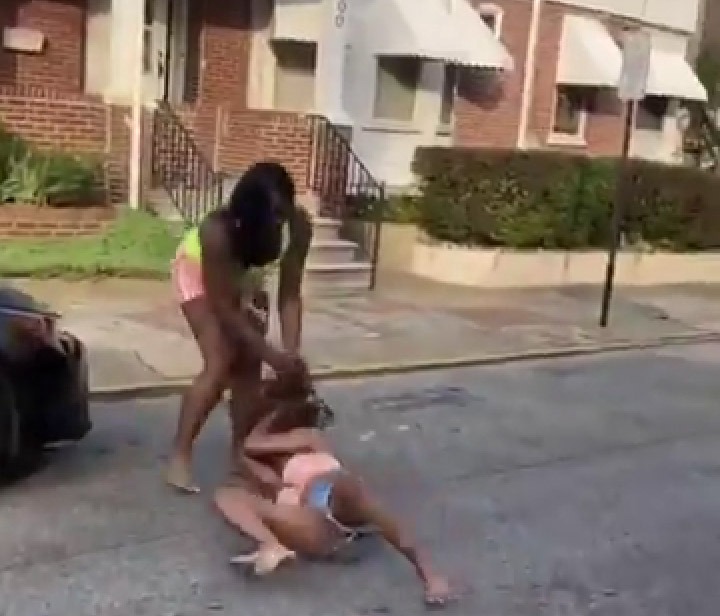 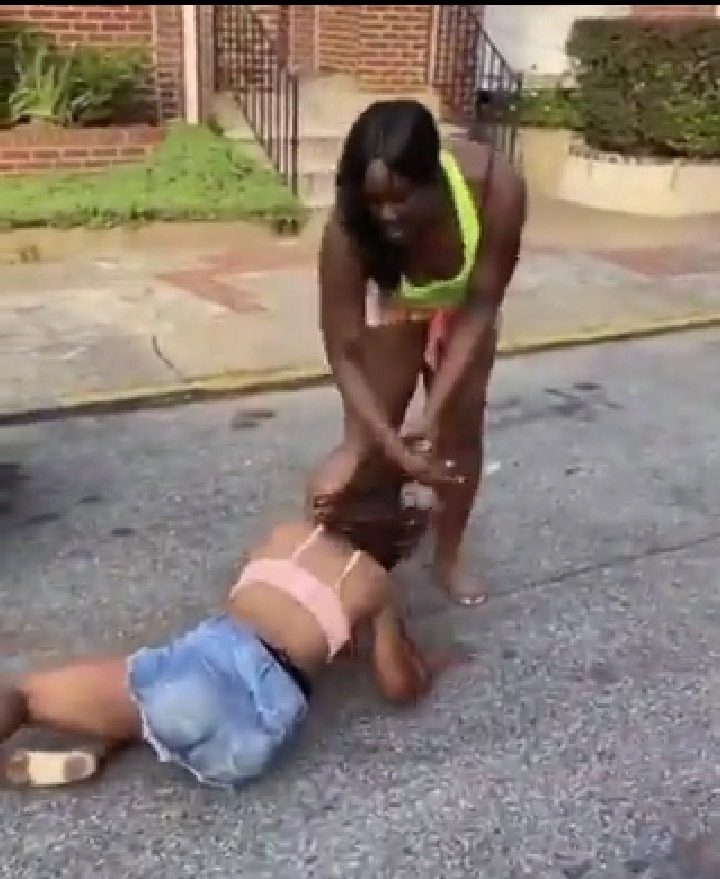 The video has elicited a lot of reactions, even though some persons think that it was funny the way the fatter lady who obviously was more physically endowed descended on the other thinner one, grabbed her by her braids and flung her around like a child. 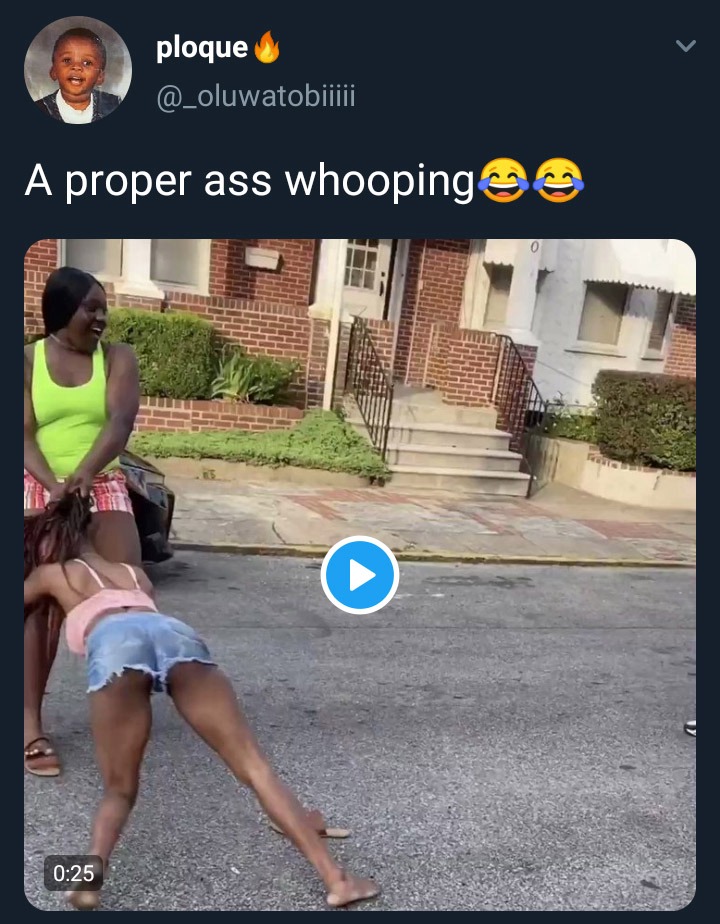 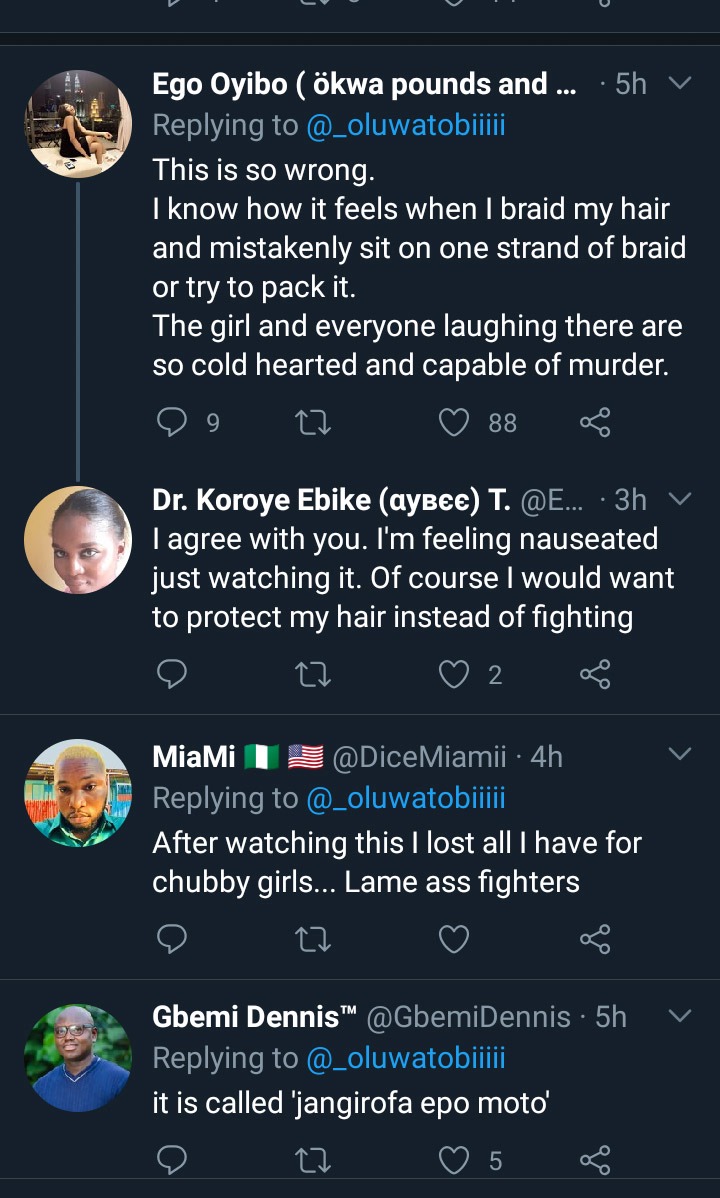 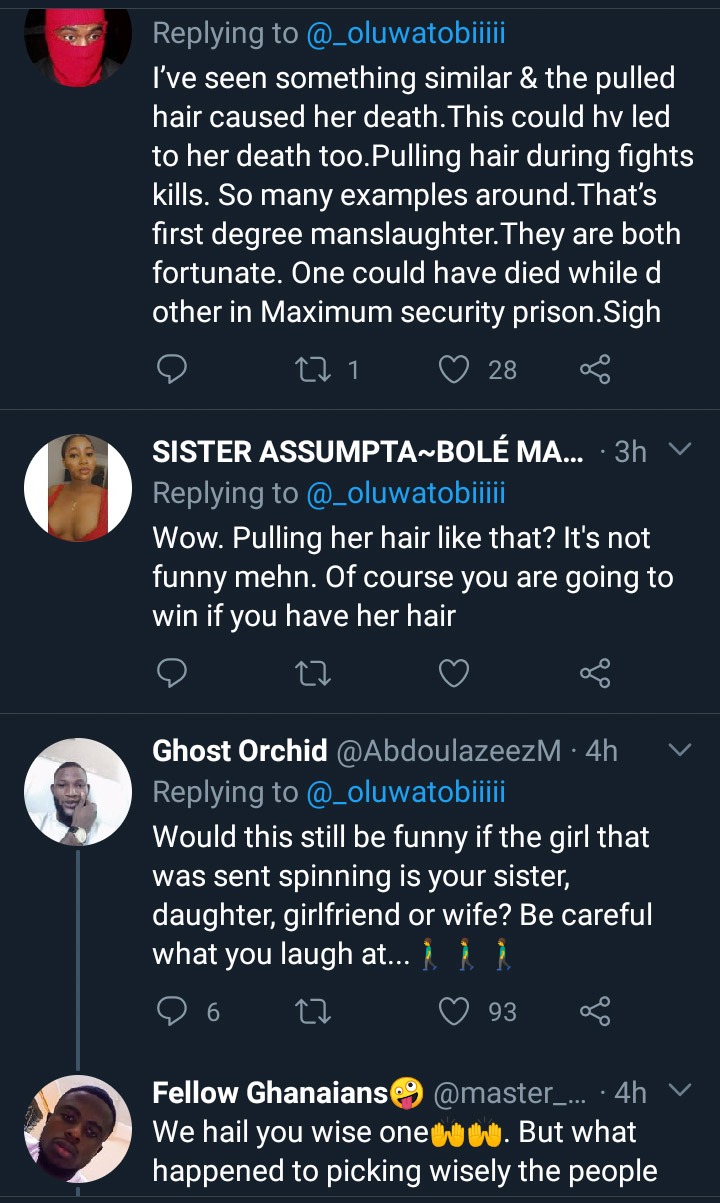 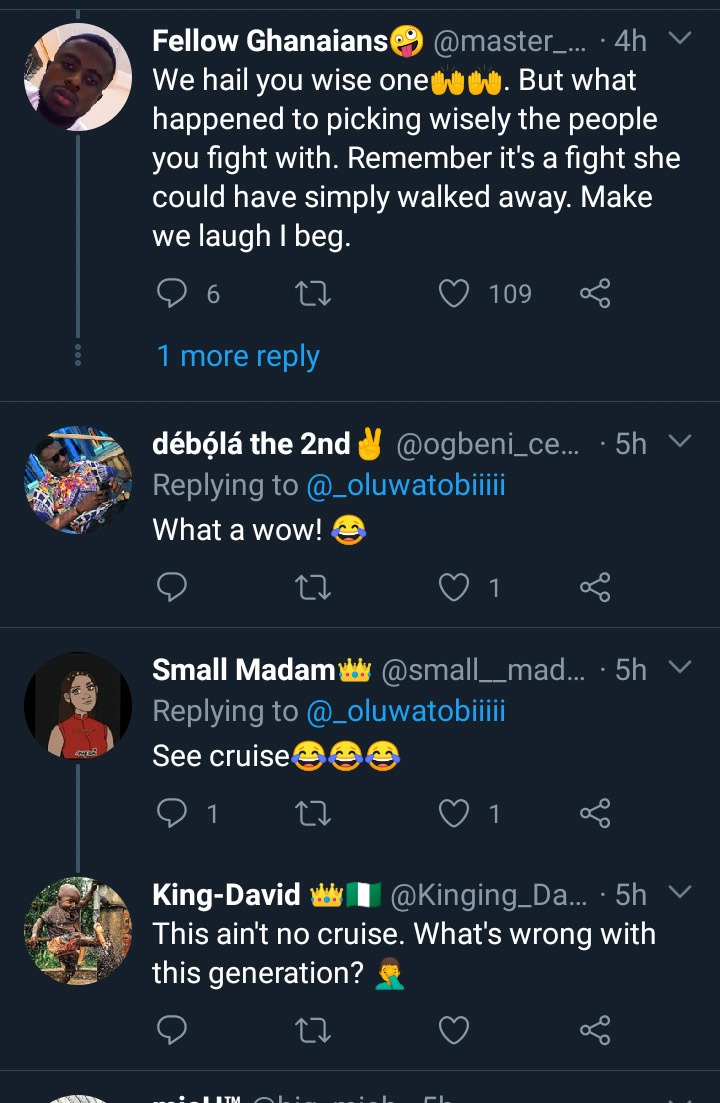 However, others were not having the fact that the lady would be so heartless and callous to drag another hapless lady by her braids. They totally condemned her act of callousness.