A chef is a trained professional cook and tradesman that is proficient in all aspects of food preparation, but oftentimes they focus on a particular cuisine. The general conception in a country like ours is that is that this is a female dominated field but in recent times, many males chefs have risen up and fill in the vacuum. A male chef is called Chef de cuisine.

Most people believe that a cook and a chef are the same thing. The two terms are sometimes used interchangeably to indicate someone working in the kitchen. Those who work in the culinary field, however, know that there is a big difference between them. Although there is no single professional organization that determines exactly who is a chef and who is a cook, most agree that the difference lies in their education and their experience.

If you have a culinary degree and (or get) trained under a notable chef, and have moved up the ranks, you are typically considered a chef. If you simply dabble in the kitchen at home or are just starting out at the bottom of the restaurant totem pole, you are almost always considered a cook.

There are some Nigerian chef de cuisine that have made their mark both locally and internationally. one of them is Tunde wey. 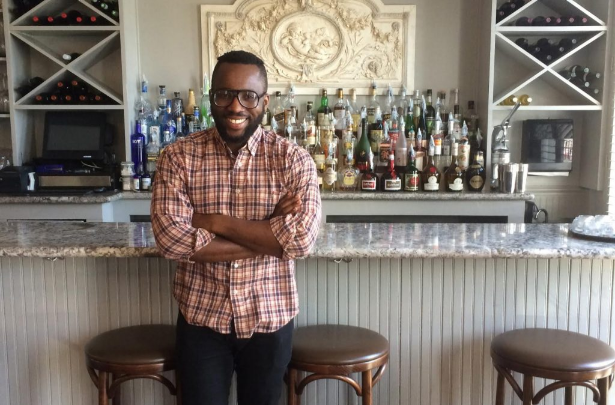 Tunde wey is a Nigerian-born chef from Detroit, who love to dish out authentic Nigerian food alongside a healthy serving of reality.This young chef has a deep love for his country, its food and culture. He is self-trained, ignoring bourgeois celebrity restaurateurs and expensive cooking schools. He arrived in America at age 16, while in college, he worked as a West African Dance Instructor and served food at Wendy’s later. After moving to Detroit to live with his aunty, he and his old-time roommate Peter Dalinowski started an innovative restaurant concept called the Revolver. 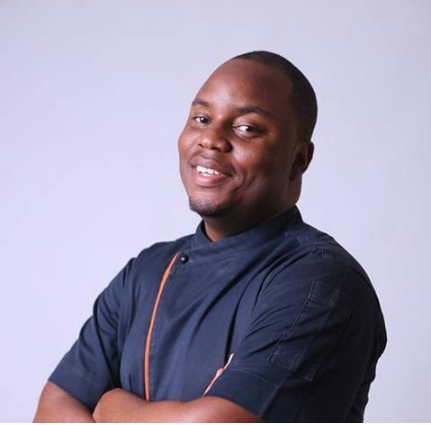 Chef Gbubemi Fregene popularly known as Chef Fregz is another remarkable young entrepreneur who has worked with franchise like Moet Nigeria, Knorr Nigeria, and many more. Gbugbemi was born in Benin city, attending Olashore school in Osun city before heading to Covenant University. He graduated in 2008 with a bachelor’s degree in Industrial Relations and Human Management.He also recently got featured on CNN’s African Voices. He’s warm-hearted and has a good sense of humor. He attained a diploma in Cuisine from Le Cordon Bleu Culinary Institute, Paris. 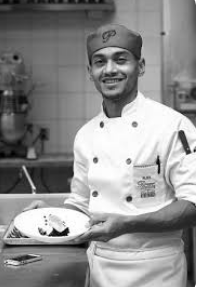 A Nigerian/Russian chef, Alex is passionate about bread, pastry and confections. Chef Alex Oke is based in Lagos, he is enthusiastic about bread, pastry and confections. He is skilled in both classical and contemporary French cuisine, having gained his cookery arts from Pacific Institute of Culinary Arts in Vancouver, Canada. It is not secret that Alex Oke’s calling is in the culinary/pastry arts. Currently based in Lagos, he is the owner at XO Boutique Bakery and an instructor at the Culinary Academy in Lagos. 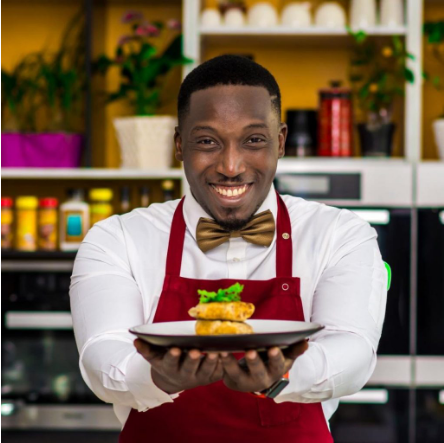 At 21, an age where many are still unsure of their career path, Tolu Erogbogbo, popularly known As Chef Tolu Eros, bought his first restaurant. It wasn’t exactly a clear-cut path for the International Business Management graduate; he first dabbled into real estate, and then clean energy, before discovering his true passion lay in food. He said, “I came back in December for holiday and my mum started talking about setting up a restaurant and I had just done a business plan which was for a home for the elderly but it had everything including the food/hospitality side to it. I did very well in that course so my mum thought why don’t you write a business plan for this restaurant?

So I brought all my school books and research work and started working on setting up this restaurant for her. After that she just said just do it on your own and I’ll support you. So I got really involved and passionate about it and I moved back in January 2008. I bought my restaurant a few weeks after at 21.” Today the self-taught chef is the founder and CEO of Cookie Jar Bakery, and also the Executive Chef at Eros & Gourmet Foods. 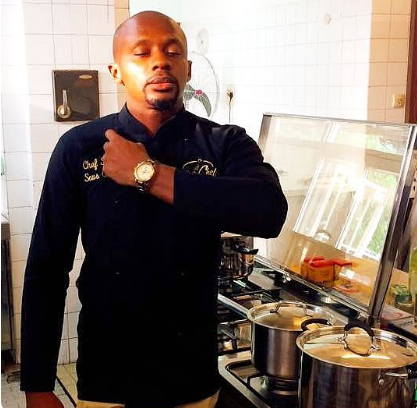 Chef Seun Kowosi is an expert in culinary art and specializes in making pasta come to life with his unique skills and techniques. He is an alumnus of Culinary Academy Nigeria where he mastered culinary and pastry arts. He enjoys watching the facial expression of people trying his delicacies for the first time as they are hardly ever complain. He is the the founder of Sean’s Fresh Pasta; a bespoke brand of homemade pasta. “I love to cook,” he says joyfully when asked about his journey into the culinary world, “I spend a lot of my life in the kitchen.” 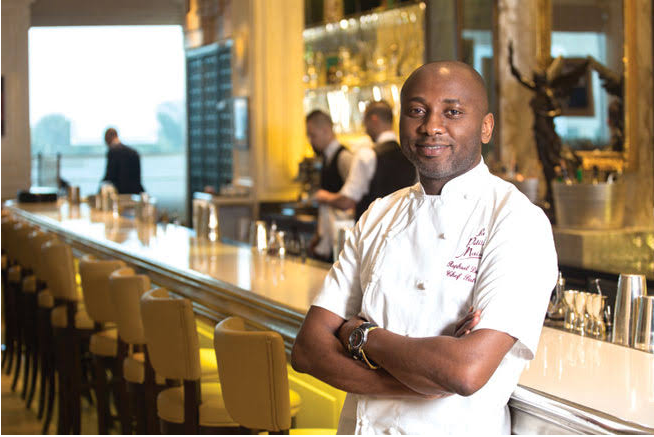 Chef Raphael Duntoye is the Chef Patron of La Petite Maison, a popular upscale French Mediterranean restaurant with outlets in London, Dubai, Miami, Hong Kong, Abu Dhabi and Istanbul. He is renowned for his lightness of touch and reverence for the best fresh produce, Chef Raphael began his culinary journey in 1995 when he left a career in engineering to follow a life-long passion for food and cooking.

Chef Raphael joined the Butlers Wharf Chef School in 1995 and following his graduation, spent the next five years earning his culinary stripes under the mentorship of Pierre Koffman, one of UK’s most celebrated Chefs of all time. He later served as Executive Sous Chef at Sketch in Mayfair and as a Senior Sous Chef at the Japanese restaurant Zuma in Knightsbridge, London.

In 2007, Chef Raphael opened the first La Petit Maison in Mayfair, London and has since then expanded the award winning restaurant to 5 other major metropolitan cities across the world.

These are some of the Nigerian male chefs that are changing the trends in a female dominated field. Kindly drop your comment below. Endeavor to follow us, like this page, and share with others.