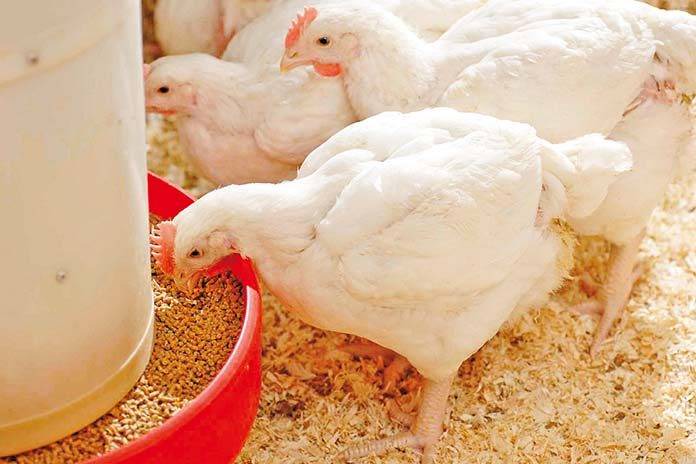 Chicken is the most common species of poultry in the world. Because of the relative simplicity and low cost of raising chickens compared to animals such as cattle or hogs, chickens have become prevalent in the world's crop cuisine, and their meat has been adapted to regional tastes in various ways. Depending on its purpose, chicken can be prepared in a wide variety of ways including baking, grilling, barbecue, frying, and boiling among many others. Prepared chicken has become a staple of fast-food since the latter half of the 20th century. Chicken is sometimes cited as healthier than red meat, with lower cholesterol concentrations and saturated fat.

The poultry farming industry which accounts for the production of chicken takes a range of forms across different parts of the world. Chickens typically undergo intensive farming methods in developed countries, while less-developed areas raise chickens using more traditional farming techniques. Today, the United Nations estimates that there are 19 billion chickens on Earth, making them more than two to one outnumber humans.

Feed formulation is the method of quantifying the amounts of feed ingredients that need to be combined to form a single standardized mixture (diet) for poultry that meets all of its nutrient needs. Since feed accounts for 65-75 per cent of overall live production costs for most poultry varieties around the world, a simple diet formulating mistake can be extremely costly for a poultry producer.

(B) feed materials as regards nutrient composition and feeding and processing restrictions, and

Most large-scale poultry farmers have their nutritionists and feed mills, while small-scale operations typically rely on their feed on nutritional consultants and commercial feed mills. Therefore formulations must be right because it is often too late to repair any mistakes or inaccuracies without incurring significant expenditure after the manufacture and processing of the feeds.

Feed formulation is both a science and art involving a feeding and poultry experience and certain flexibility and imagination. Typical formulas specify the quantities of each ingredient to be included in the diet and then give the concentration (composition) of nutrients in the food. The nutrient composition of the diet may indicate the adequacy of the diet for the particular class of poultry to which it is being prepared. It is common to demonstrate the nutritional source in the diet's metabolizable energy (kcal or MJ ME / kg feed) and protein content but also to provide specific details on the concentrations of mineral elements and digestible amino acids. The digestible amino acids not only have methionine but also the 10 basic amino acids as their first limiting amino acid. Several websites provide information on the content of different ingredients in poultry feedingstuffs in the digestible amino acid. For example, Evonik AMINODat ® is a robust international amino acid database that includes amino acid digestibility coefficients based on more than 140 raw material analyses for pig and poultry. AMINODat ® 5.0.0 contains general amino acid analyses, standardized ileal digestible amino acids, consistent ileal digestibility coefficients for essential amino acids, proximates, minerals, and energy levels of pigs and poultry.

This is another systemic way for a smart farmer in the livestock industry to formulate feed.

The method of economically balancing the nutrient needs of a cluster of animals against the nutrient contents of the ingredients available (raw materials) is the formulation of food also called a less costly formulation. This includes a thorough understanding of animal requirements, nutritional quality, including values of digestibility and the price of products. With this understanding, the mathematical formula is used to derive the quantity of every item to be included in the diet. The recipe is simple, using just a handful of ingredients. However, more complicated formulations are required, because different ingredients are available in different quantities and at different prices. Several packages of readily available feed formulations have functions beyond simply matching the nutrient needs with the nutrient content of the available ingredients.

While some feed mills produce research diets for laboratory examination or feeding experiments to validate the adequacy of the diet, the most important preparation for the proper and economical formulation is to evaluate the chemical structure of the available ingredients for use. Today most feed mills have their quality assurance (QC) laboratories.

The art of feed formulation 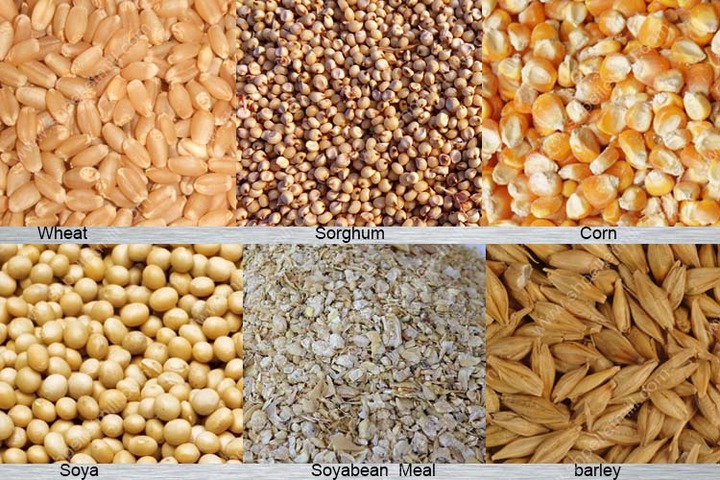 Feed formulation requires a comprehensive understanding of animal nutrition, in addition to its nutritional requirements and ingredient composition. It also needs nutritionists to know if the use of certain amounts of certain ingredients would affect issues such as flow of feed through the mill, consistency of food pellets, food reaction to feed additives or safety of the animal gut. In other parts of the world, although these aspects may have no impact on the feed's nutritional content, criteria such as the feed 's colour, scent, and particle size are seen by the feed buyer as important.Ultimately, feed formulations are economic; they generally mean the best feed conversion efficiency for certain operations for livestock, whereas other feeds that require the least cost per unit of food output.

We have recently found a new feed system which allows birds to develop to maturity within 6 weeks without damaging our poultry products.

For each common ingredient used in feed production, the following are

Each category of chicken has its dietary requirements. For instance, the feed should be of at least 18% crude protein if we are to provide feed for the layers. To make feed for layers, it will be necessary to measure the proportion of DCP in each of the ingredients that you wish to use to ensure that the total raw protein is at least 18 percent.

Thanks for reading i hope you've learnt one or two from this.. don't forget to share