6 Fruits You Totally Thought were Vegetables 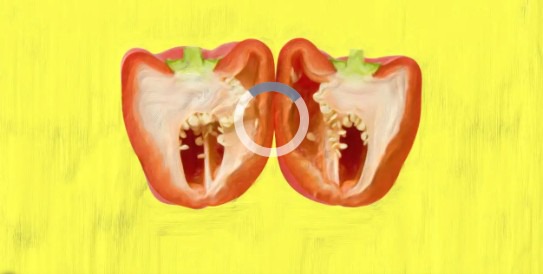 You put them in your salad. You toss them in your stir fry. You blend them together to make a pasta sauce. Then one day—BOOM—the truth comes out and it’s as if the kitchen mat was pulled right from under you. Wait, these vegetables are actually … dun, dun, dun … fruits?!

Yes, it’s true. Many “vegetables” have been parading around as fruits, and we’re here to unveil their secret. But before we unmask the produce perpetrators, let’s talk about what actually makes a fruit a fruit and a vegetable a vegetable.

Fruits have seeds and are a product of a flowering plant, like trees, bushes or vines. Hence, banana tree, strawberry bush, and grapevine.

Vegetables are generally roots, stems, and leaves. For example, carrots and potatoes are actually roots that are pulled up from underground, and cabbage and spinach are leaves.

Here are six fruits that have been disguising themselves as vegetables:

Once you’ve gotten over the initial shock, slice up red and orange bell peppers and make this sausage, pepper, and onion frittata.

2. Tomatoes. Fruit as pasta sauce? Guess so. Tomatoes flower from a similar tall leafy plant as bell peppers, and often huddle together on a vine as they grow, much like grapes.

Once you’ve forgiven these rosy fruits, toss them on a skillet to make these delicious Moroccan eggs.

3. Avocados. OK, the fact that avocados are fruit may not be *as* surprising as the other culprits, since they’ve made their way into smoothies, on breakfast toast, and even desserts.

Even though the avocado is versatile enough to be part of sweet and savory dishes, it still needs to remember where it came from: A tree. Also, avocado seeds are so huge. How long did it really think it could deceive us?

4. Cucumbers. This one might make sense since it’s often infused in water with other fruits. But lest you forget … the pickle? Also, cucumbers are often used on salads and can be carved into “vegetable” noodles.

Cucumbers grow on a vine and are part of the gourd family, along with melons, squash, zucchini, and our next offender

5. Pumpkins. No wonder this fall favorite is a famous pie and latte. Pumpkins also grow on vines, and are almost as versatile as avocado (although pumpkin seeds are much smaller and you can eat them).

Pumpkins not only make great front yard decor during Halloween, but they can also be whipped up into high-protein smoothies, latkes, and mouth-watering pumpkin spice muffins.

6. Eggplant. Fruit parmigiana? Awkward. Eggplants grow hanging from the vines of a plant that’s several feet high. This fellow vine dweller is a great non-starchy fruit for those on a low-carb diet. Take your eggplant game to the next level with these recipes:

Content created and supplied by: Dheno123 (via Opera News )