See 8 Kitchen Secrets That Even Most Women Don't Know (Read And Learn).

Even though most of us, especially women, have been using the kitchen for many years, there are still some basic things we keep doing wrong. Most times, we think we're doing the right thing, but the reality is they are wrong. A typical example is storing your milk in the fridge door. Doing this may look perfect, but the fact is the door if the fridge has a slightly higher temperature, which could shorten the life span of the milk.

However, this post contains a collection of eight (8) Kitchen secrets even most women don't know that could make cooking easier. Read And Learn.

1. Always Stir Your Pasta When It's Boiling. 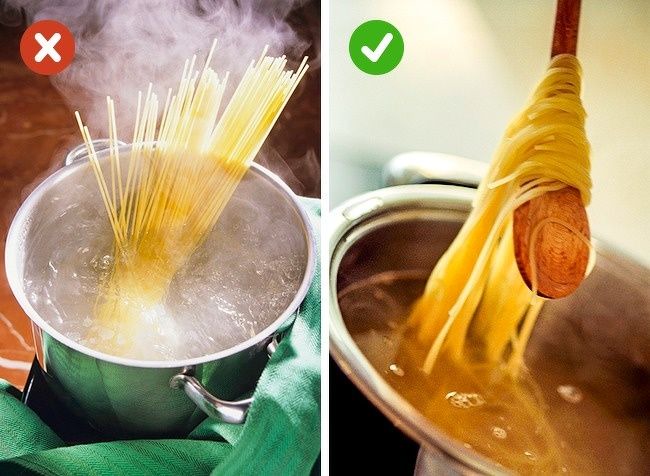 It's no longer a news that Spaghettis should be poured inside a boiling water. However, what most people haven't heard of being the importance of stirring pasta as soon as you put them in the boiling water so as to prevent sticking together of the pastas with themselves and with the pot.

2. Bread Should Be Preserved In The Fridge. 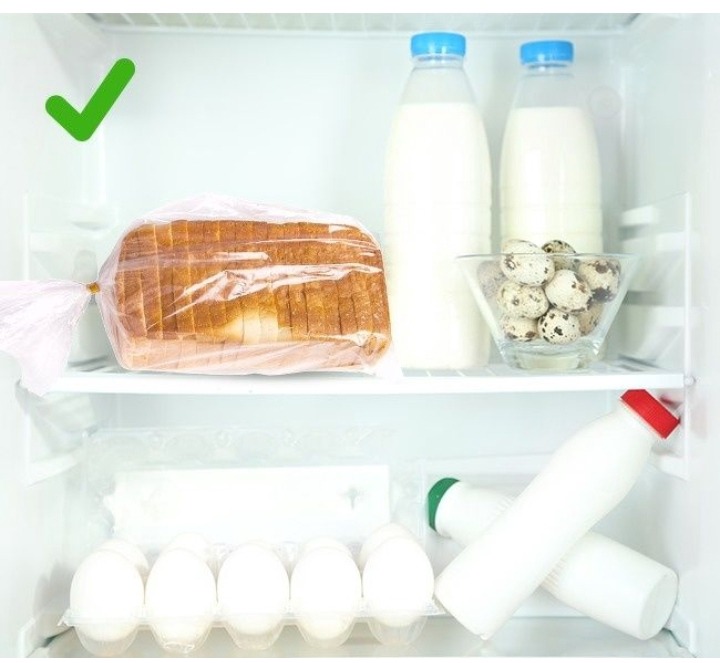 The most secure place to store your bread is in the fridge because under normal circumstances, they are supposed to be preserved in dry and cool places.

3. Every Kitchen Should Have Different Set Of Knives For Different Uses. 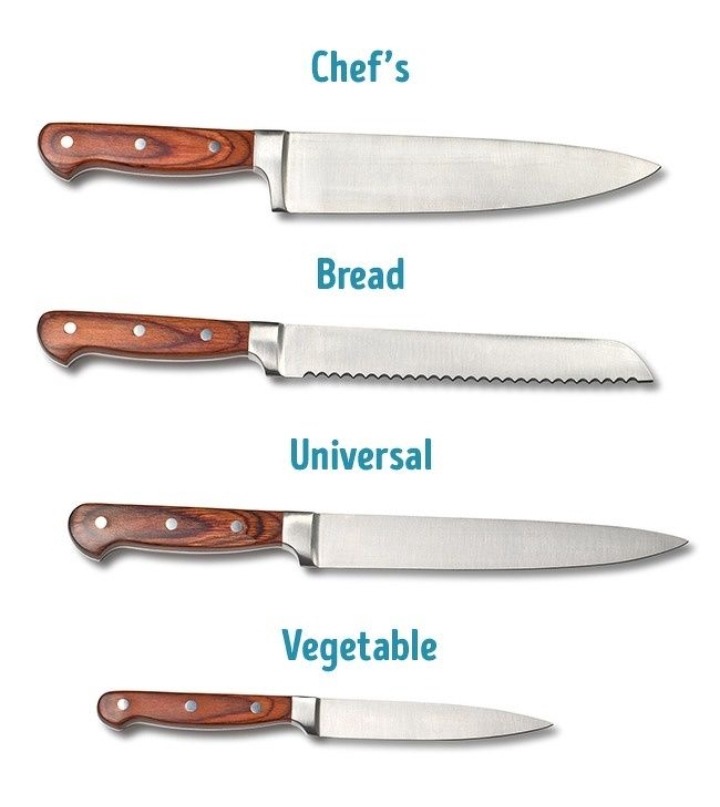 As shown in the picture above, an ideal kitchen should have at least four knives, that is, a knife for vegetables a knife for cutting bread, knifes used by chefs, and the universal one.

4. Check The Vegetables That Shouldn't Be Preserved In The Fridge. 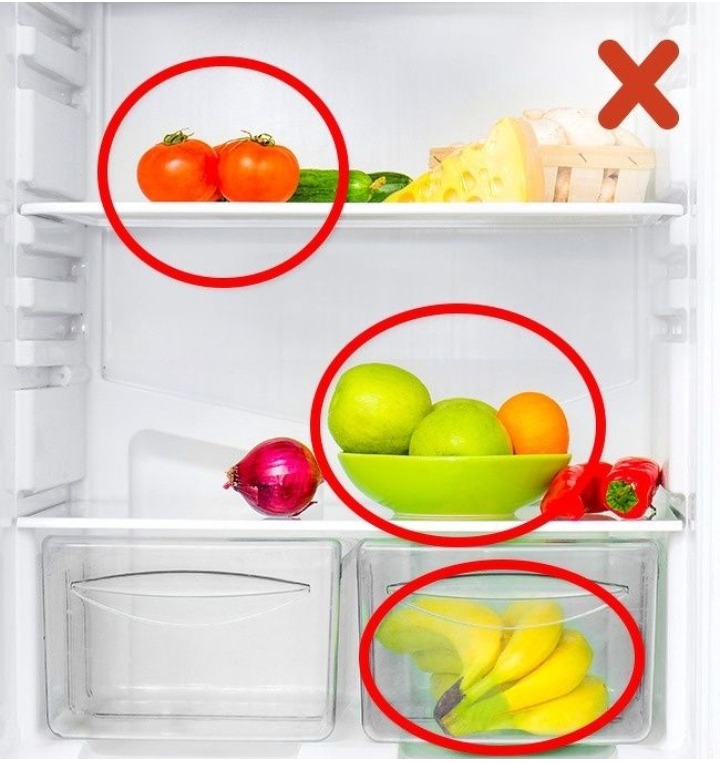 Many people, including our women are of the idea that all vegetables and fruits should be stored in the fridge. Well, I would like to inform you that such ideas are wrong. Fruits and vegetables like apples, bananas, tomatoes and potatoes should not be preserved in the fridge.

Note that storing tomatoes, apples and bananas in the fridge will make them ripen faster than you want, while potatoes can become more sweeter due to low pressure.

5. Milk Should Not Be Kept in The Fridge Door. 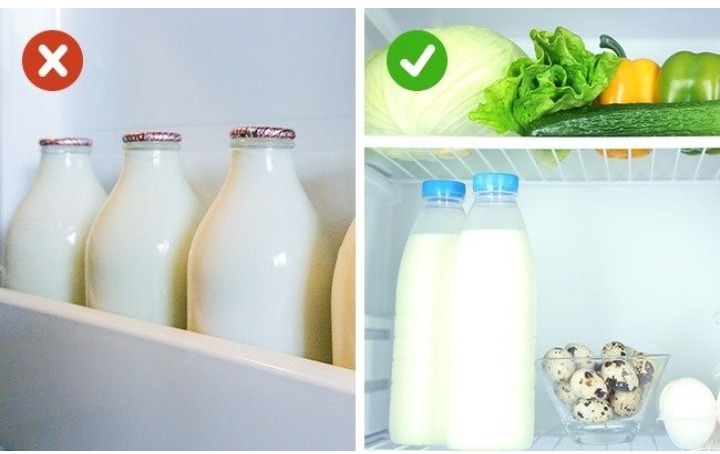 Even though it looks convenient to put the milk jar or bottle in the fridge door, the lifespan of the milk is indirectly getting reduced.

6. Every Kitchen Should Have More Than One Cutting Board(At least Two). 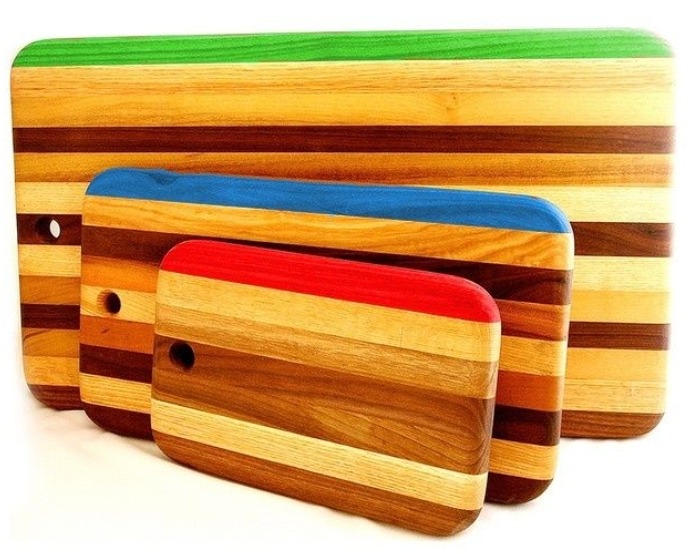 Any cook should avoid using the same cutting board used in cutting fish and meat for cutting other foods like vegetables or fruit that doesn't need cooking. Please note that the reason for this is because of the presence of bacteria in fish and meat than can only be eradicated through cooking.

So, it's advisable that you have two cutting boards, one for meat and fish, while the other for foods that won't be cooked.

7. Always Leave Some Space When Storing Foods In Jars. 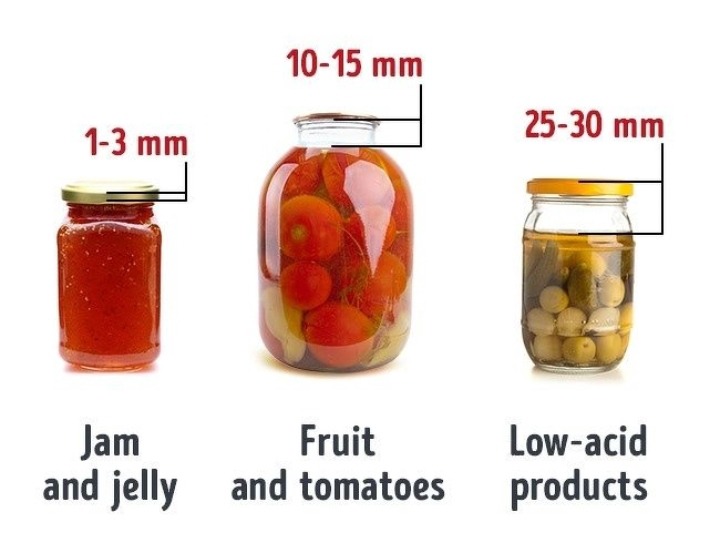 As shown above, leaving some space in jars guides against any possibility of the food increasing in size. So, doing this will help your food stay safe for as long as you desire. 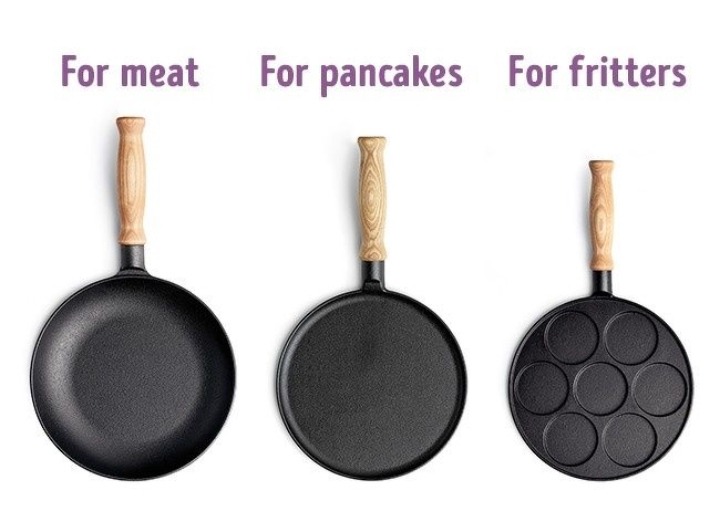 ✓ Don't open the oven while baking. 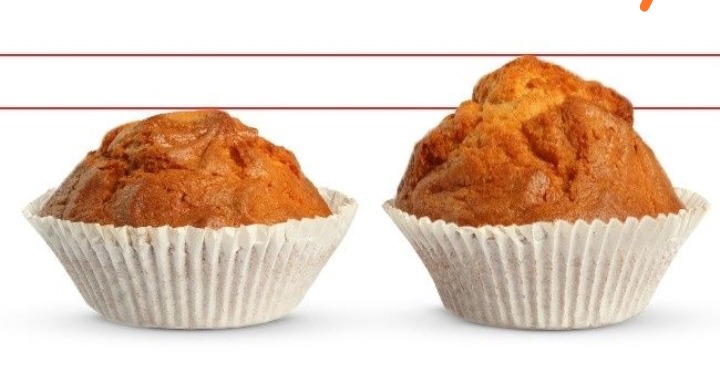 ✓ Meat should be defrosted in the fridge. 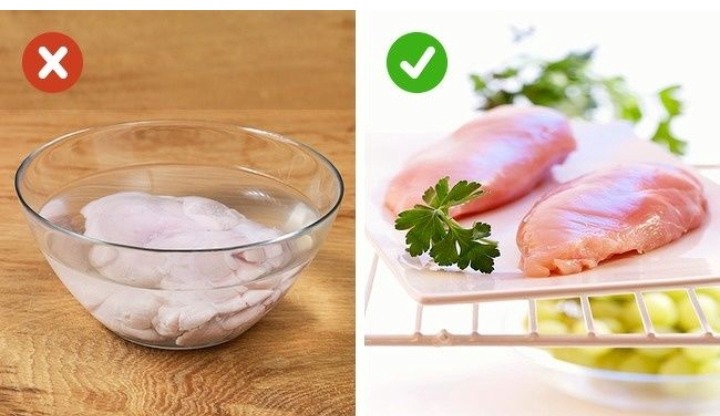