The coming of social media into our social lives is a combination of good, bad, and the ugly. These days, a lot of helpful and harmful information are been passed between people (especially the younger ones) with the help of social media platforms which is now available to almost everyone.

While some posts or tweets are educational, helpful, and are even saving lives by the days, others are clout chasing, deceitful, valueless, and outright lies from the pit of hell.

Sometimes, one will begin to wonder what the people who are fond of misleading others on social media are gaining in return from such efforts. However, when you consider cheap social media popularity which is more than gold to some people in the contemporary society, you will be forced to rest your mind.

A while ago, a very young and beautiful lady took to her Twitter handle where she sheared photos of herself and plates of meals she allegedly consumed at a go.

Ordinarily, no one is supposed to argue with her except those who are there at the point when she was eating the food. However, the absence of some information concerning the consumption of the heavyweight meal has since led some of her followers into disagreement with her concerning the claimed.

In the photos, the lady was seen with five wraps of Fufu with a large amount of soup in a big bowl. A full pineapple fruit was equally seen as part of the meal.

In the second photo which depicted the end of the meal, all the Fufu and the full pineapple fruit were supposedly gone into her small stomach. See the photos below: 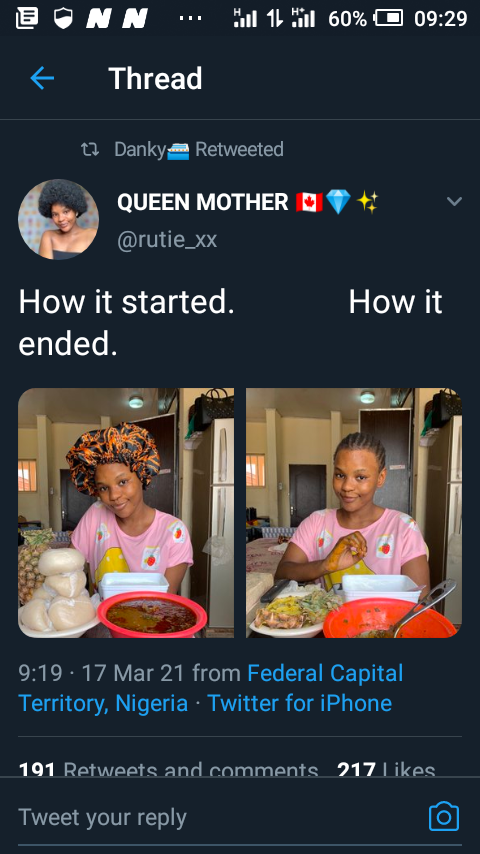 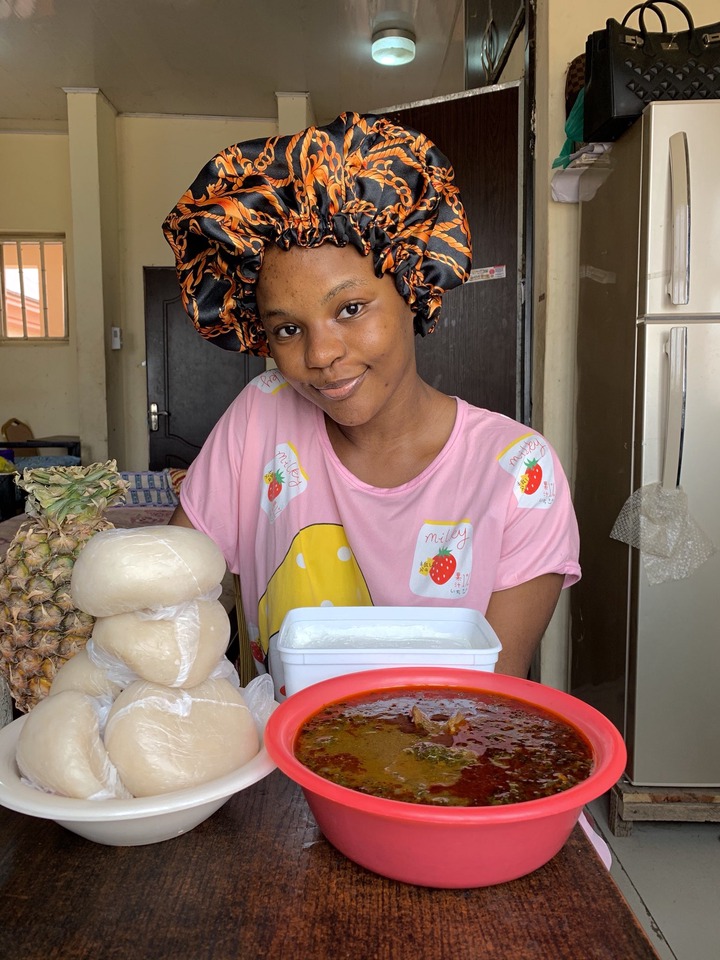 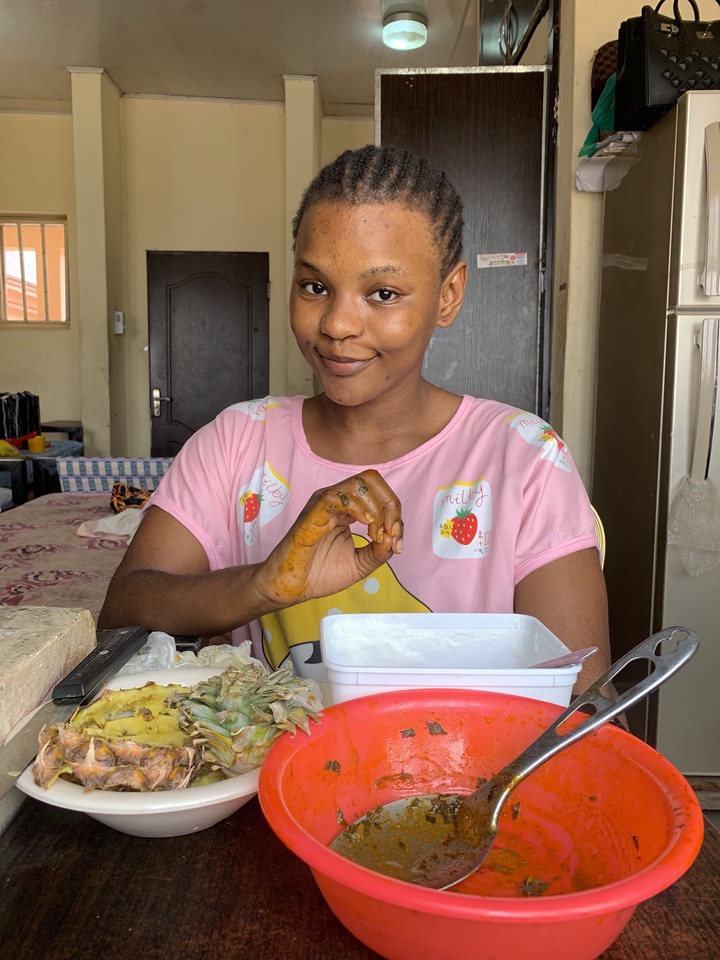 However, a lot of her followers on the handle who saw the tweet disagreed completely with her. While some believed the tweet was designed to mislead the people, one of the commentators ask for more evidences to back up the claim.

For instance, one of those who reacted to it says 'she can't finish the food and still be smiling'. See some responses to the tweet as taken from the handle below: 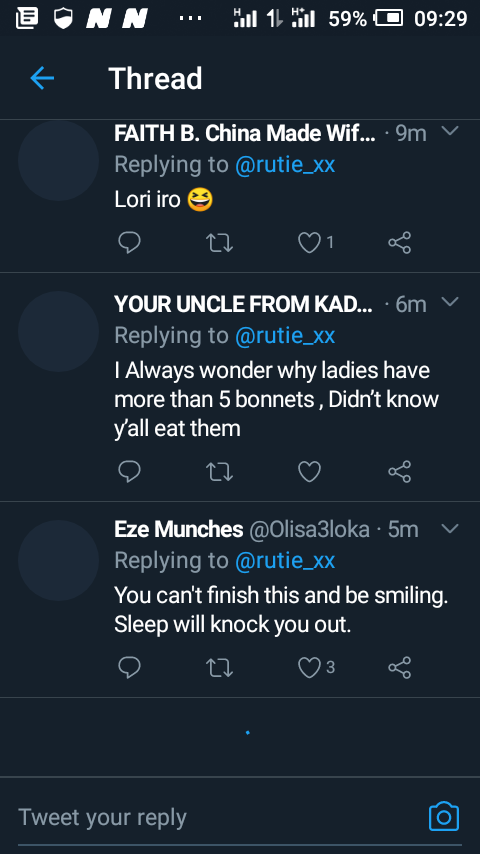 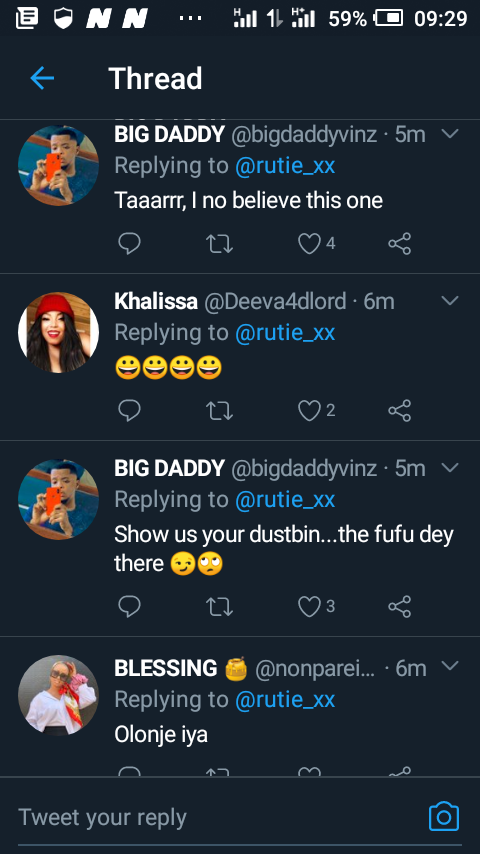 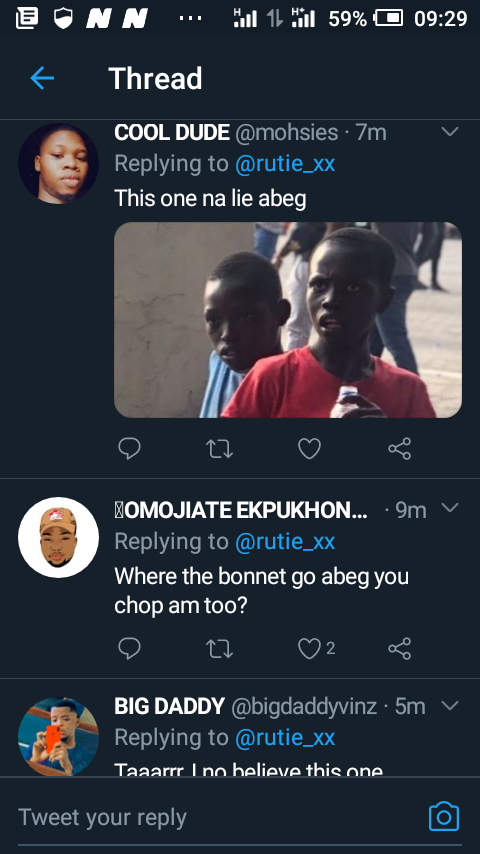 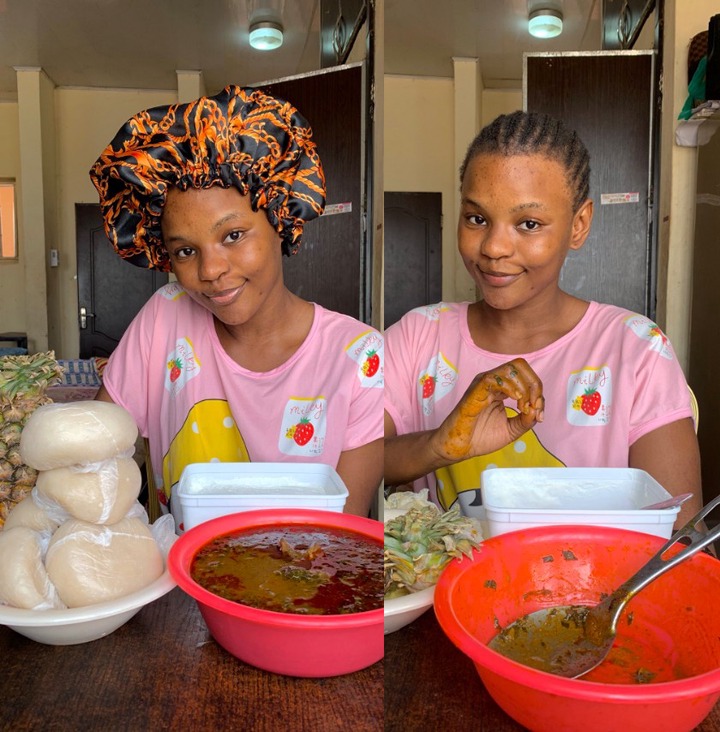 In the past few months, some women on social media (mostly young ladies) have made posting this kind of photos on social media a means of gaining popularity. Before now, women are not known for consuming large quantities of food as being displayed today.

What can you say about this latest trend? This very one may not be true as insinuated by some people, but that doesn't mean the previous ones are all lies.