Check Out 10+ Most Expensive Dishes In The World 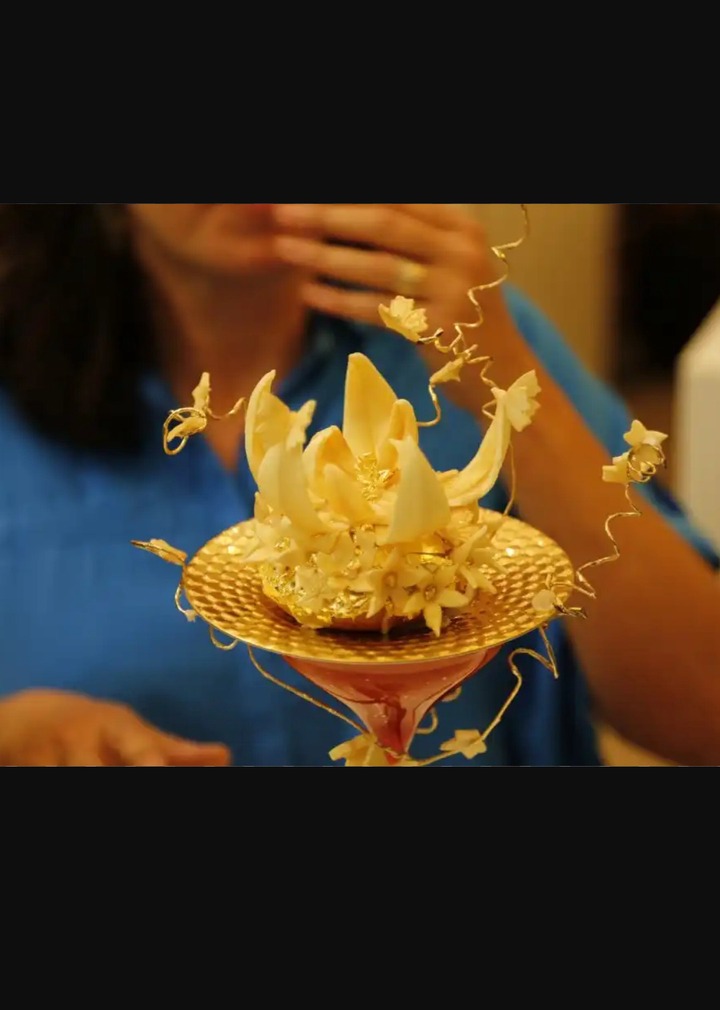 This "pricy" doughnut was created by the doughnut expert Kripsy Kreme UK and was unveiled as part of the National doughnut week celebrated in the UK. Reveiled as self fridge, this doughnut cost 1000 euros and bost of premier ingredient such as chateau d'Yquem creme,rasberries and Dom perigon vintage 2002 champagne jelly. But to reallity justify the price tag, it also includes 24 carat gold leave, 23 carat gold dust and edible diamonds 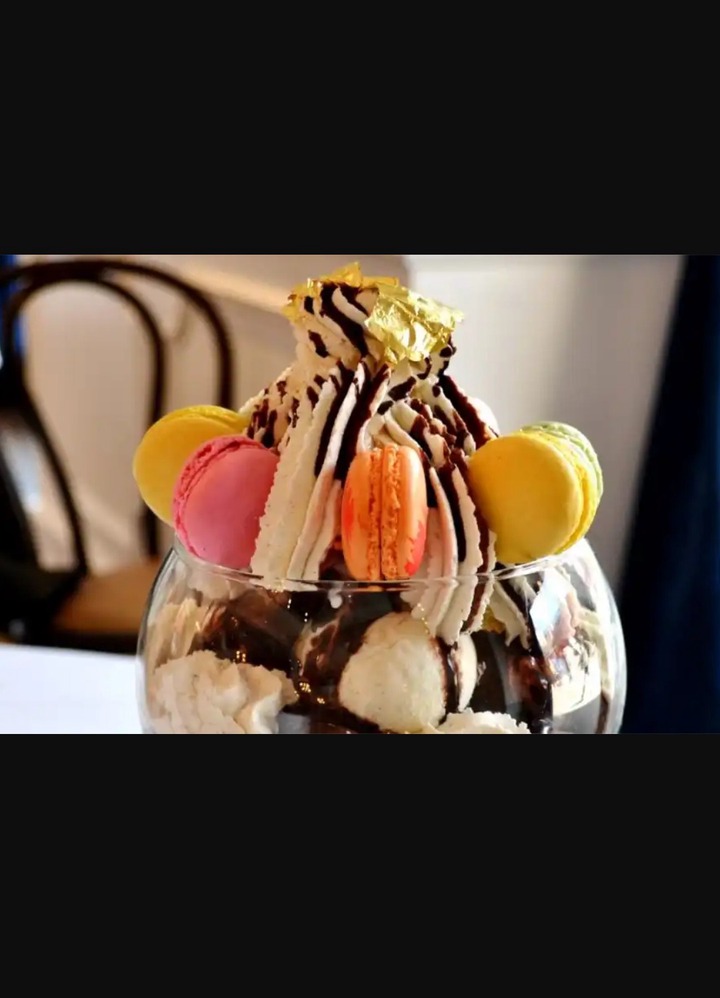 The Mauboussin Mega Sundae is available at the Bagatelle restaurant in New York City's meat packing district the prime ingredients of this sundae includes scoops of vanilla ice and Don perignon rose subbed topped with chocolate truffles, macaroons, whipped cream, chocolate vodka sauce, 'gilded brownies' and a sprinkling of gold leaf. The real scoop of this sunda is they it is accompanied with a Mauboussin ring made of black steel and white gold worth $530, leaving th dinner to pay rest of $470 . 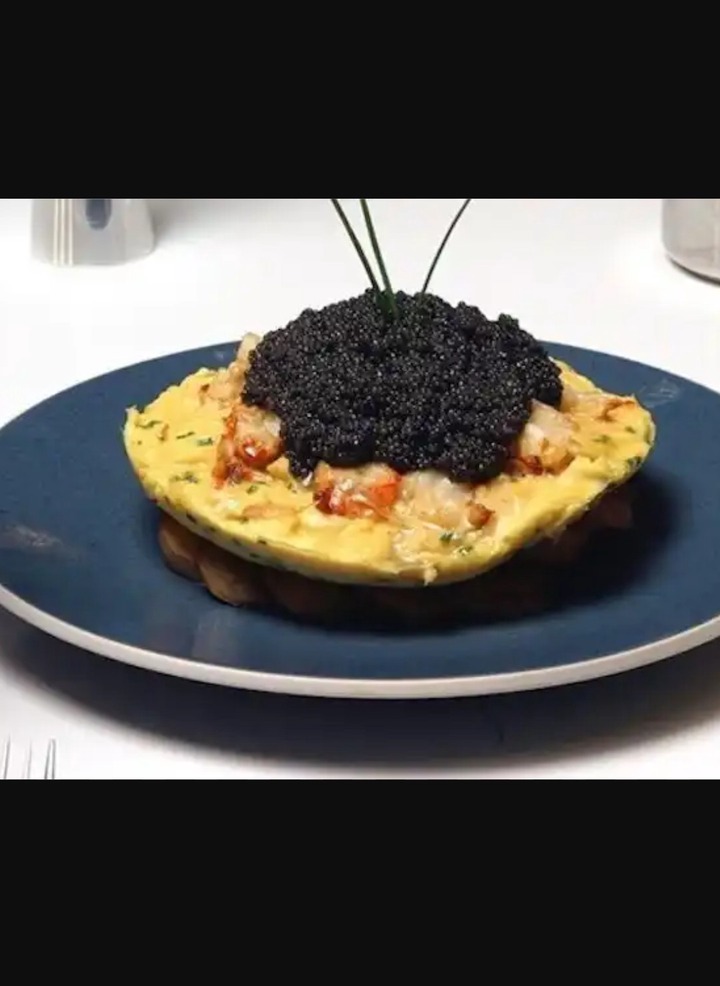 .It cost $1000 which is #360. Officially, this humble omelet have been branded as the zillion dollar Lobster fretatta however there is nothing humble in the price tag of these dish. Available at Norma's restaurant at Least Parker Meridien Hotle, New York City, these lavish dish consist of toppings of lobster and 10 ouances of servurga caviar - the highest category of caviar straight from the Caspian sea. 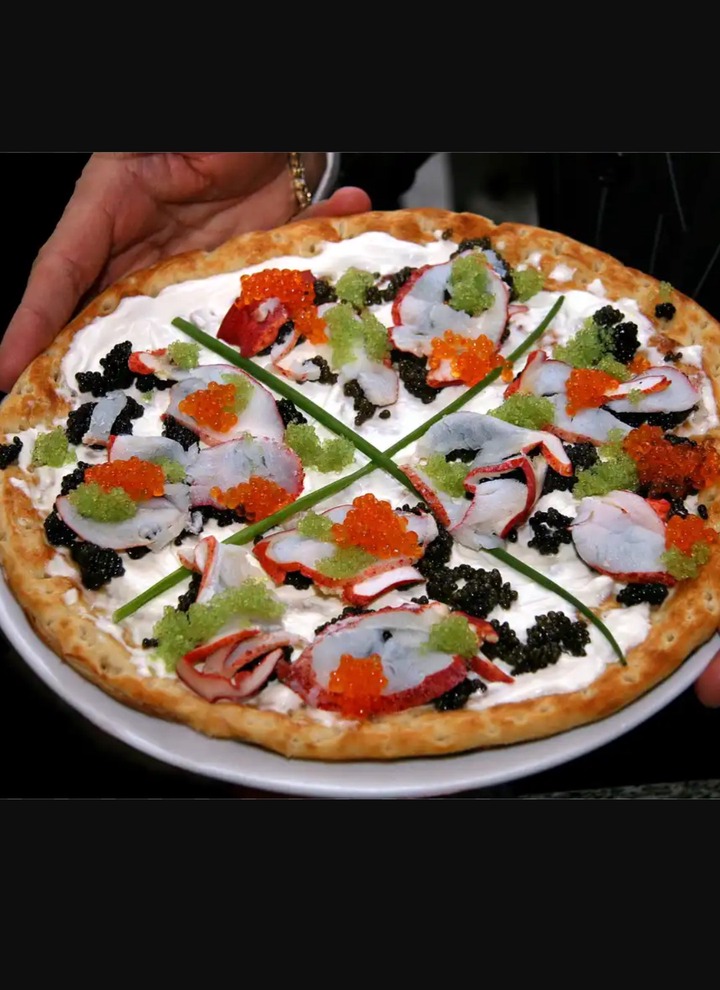 This also cost $1000 which I #360,000 Nino's Bellisma has the habit of offering one of the world expensive dishes, a pizza for a thousand dollars. The special pizza comes topped with four exquisite caviar along with some Lobster tail for that added flavour. You have to other it a few days in advance.

5. THE SAMUNDARI KHAZANA OR THE SEA FOOD 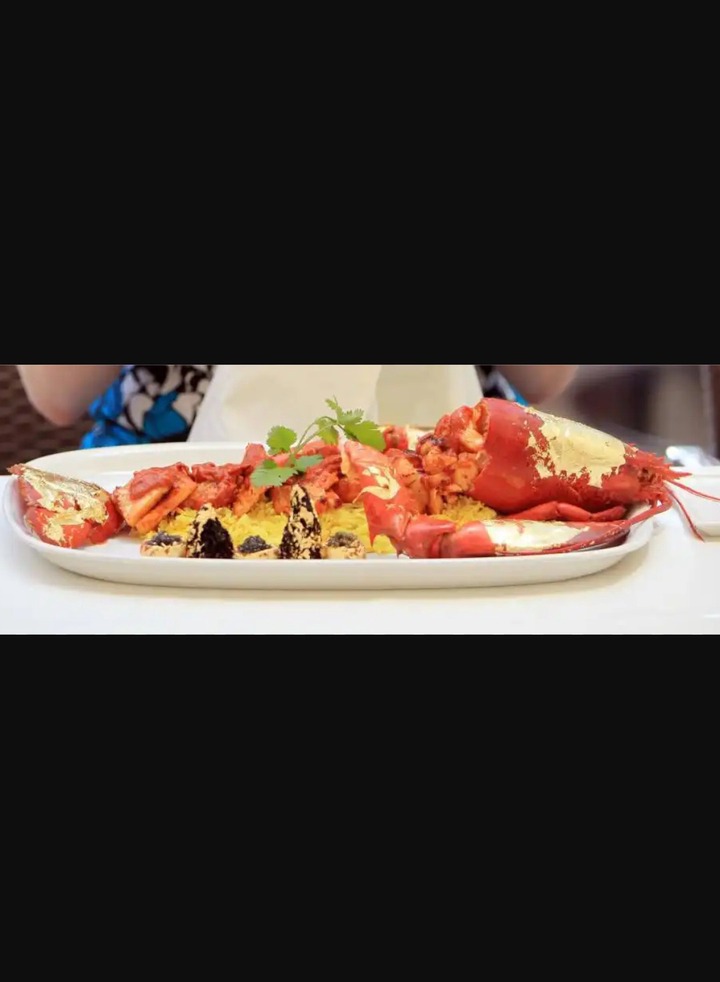 . These dish cost 2000 euro which is approximately #900,000. If you want to try some grand seafood Bombay Brassie is the best choice, both the price of this sea food is mind boggling. If you can spare 2000 euro those restaurant will prepare the seafood treasure for you. This dish consist of a lobster coated in edible gold, Devon crab, Beluga caviar, white truffle , four abalones and also four quail eggs. 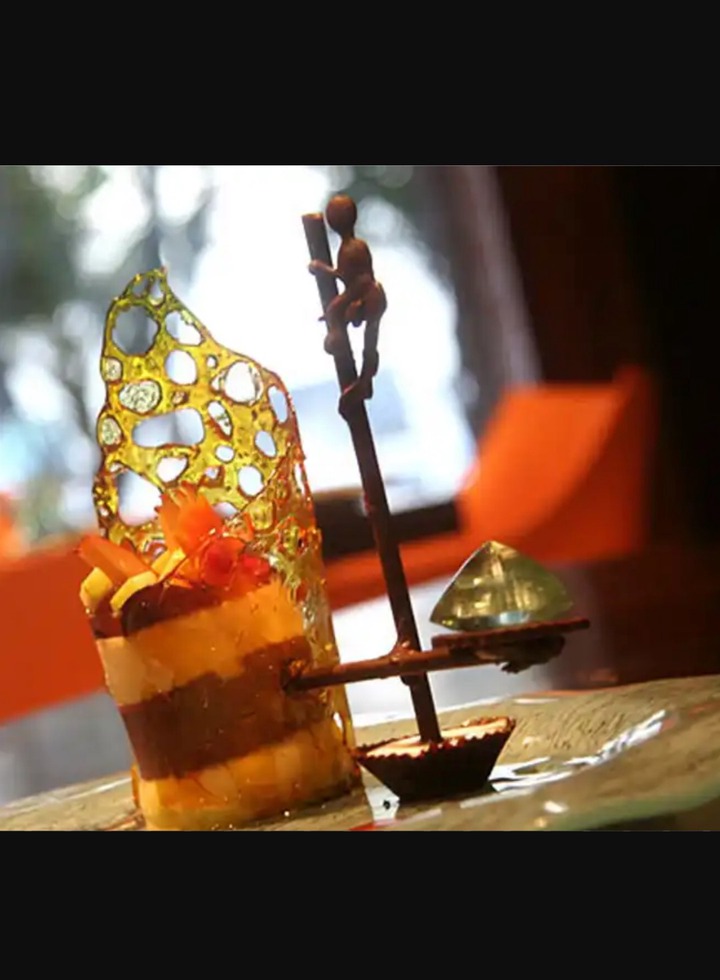 These dish cost a whopping $14,500 which is approximately 52.2 million dollars. The fortress stilt fisherman indulgence dessert consist of gold leave Italian cassata and flavoured with fruit infliued Irish cream. This dessert also includes a fruit compote , a Dom perignon champagne sabayon at the base and a handmade chocolate carving in the shape of a local stilt fisherman. To add to all this, all 80 carat aquamarine gemstone whose diameter spand the head of a soup spoon is also included in this dessert. This exquisite dessert is available at DUO restaurant in Sri Lanka and most be ordered a day in advance. 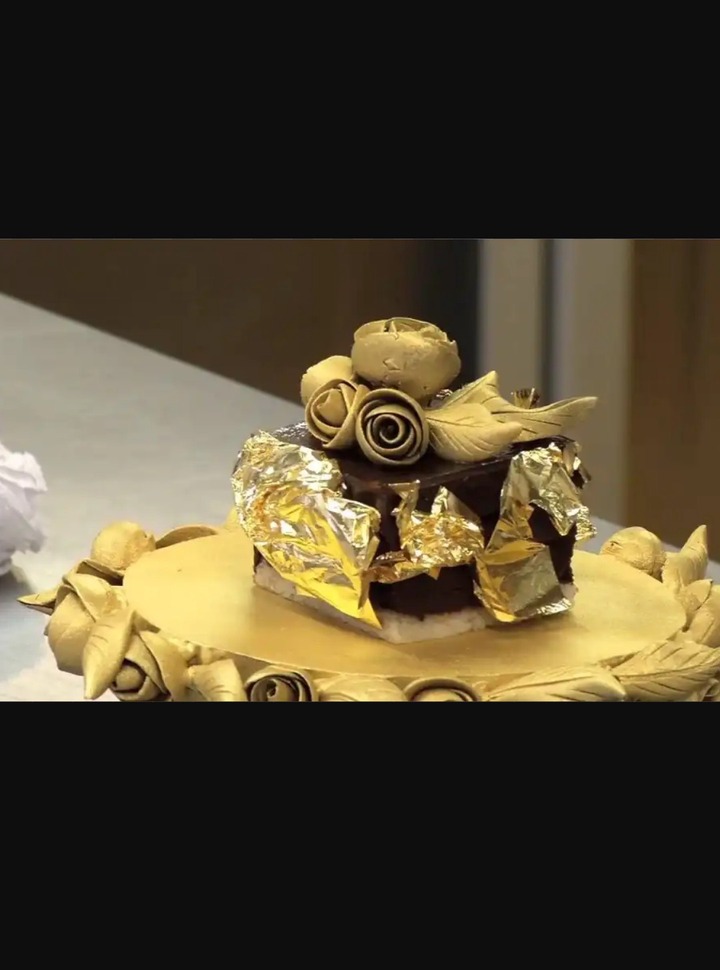 . this expensive dish cost $35,000 which is approximated at about #12.6 million Naira. In 2011, Chief Mac Guibert of the Lindeth Hoe country house hotel in England's Lake District wanted to make the World most expensive dessert. The result was the chocolate pudding that cost $35,000. This pudding is shaped to look like a farbege egg, and is made with high end chocolate, gold leaf, champagne, caviar and Diamond. It is also layered with Champagne jelly and laces with edible gold . Just one pudding have been sold till now, it must be ordered two weeks in advance. 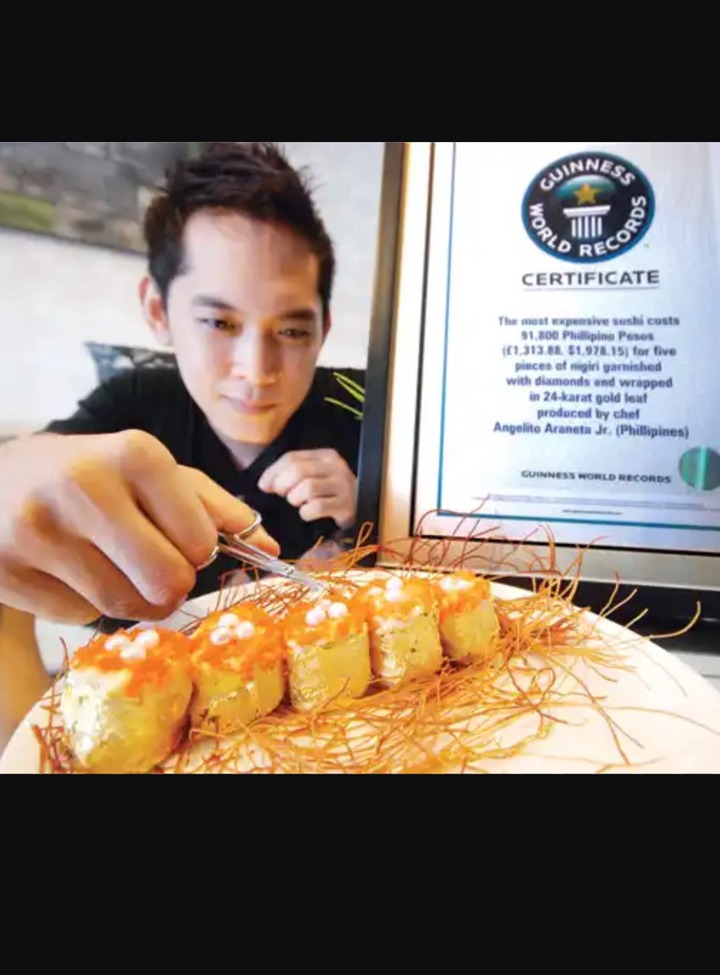 This particular dish cost 1313.88 Euro which is approximately #60 millions Naira. The special shushi is only available in the Philippines. Made by Chef Angelito Araneta jnr. this sushi consist of five pieces of Nigri wrapped in in 24-carat gold leaf and is ganished with African diamonds. 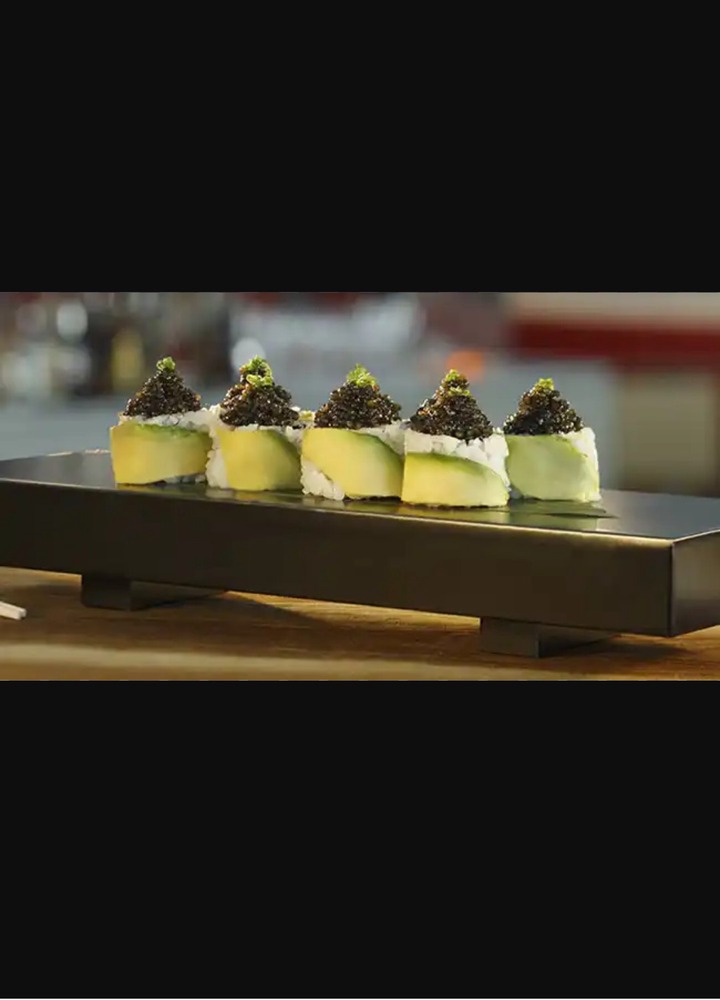 This cost $240. That means you have to shell out $240 for the Mass Toro with Caviar leaf at Masa, the flagship resto in time Warner center it consist of caviar and rice topped with Tuna and roe. 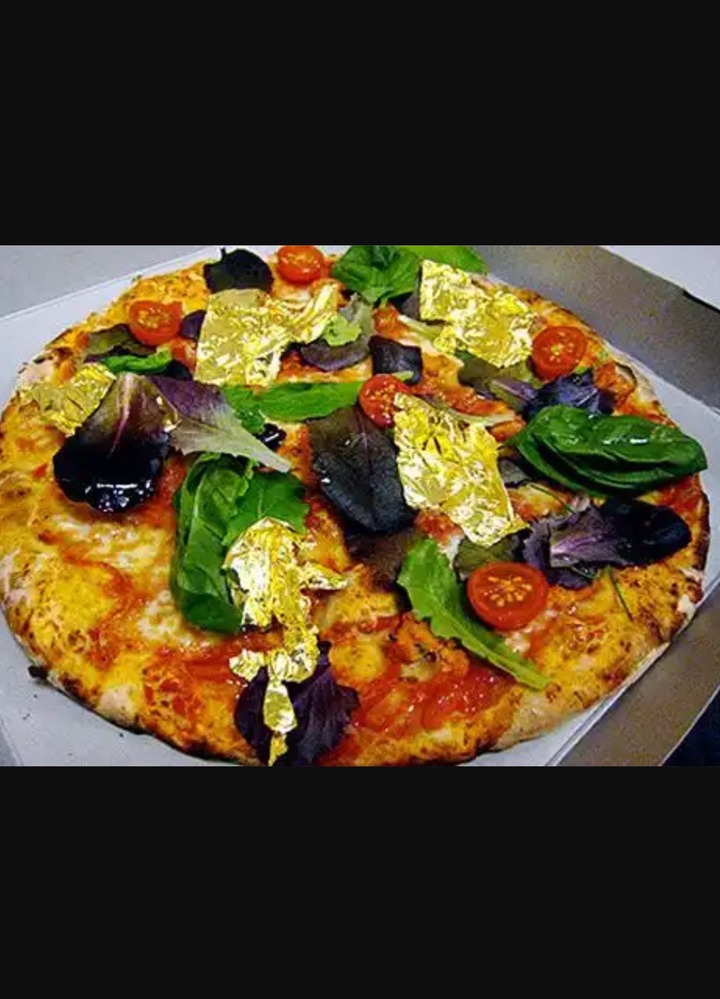 This cost about $2,420 which is a whopping #800,000 Naira. The white Truffle and gold pizza at Mago's Malta is only available during the Truffle season that last from October till may. As per a menu of Mago's Malta, the truffle are specially sourced from primonte and the price of this pizza may vary depending on the price of the white truffle. This pizza is topped with organic water buffalo mozzarella and 24-carat gold leaf.