Top Nigerian Delicacies That Will Make You Want To Eat More

By GeoEmmy (self media writer) | 2 years ago

Currently, there are more than 350 tribes in Nigeria, it is worth mentioning that they usually function in harmony with each other, but at the same time all of them are quite different and unique, especially, when it comes to native foods and cultural delicacies. Their food mainly depends on the ingredients that are produced in a particular area. Keep reading to learn more about tribes in Nigeria and their food.

Here are the shortlisted list of the main Ethnic Groups in Our Country(Nigerian) with their delicious Delicacies ; 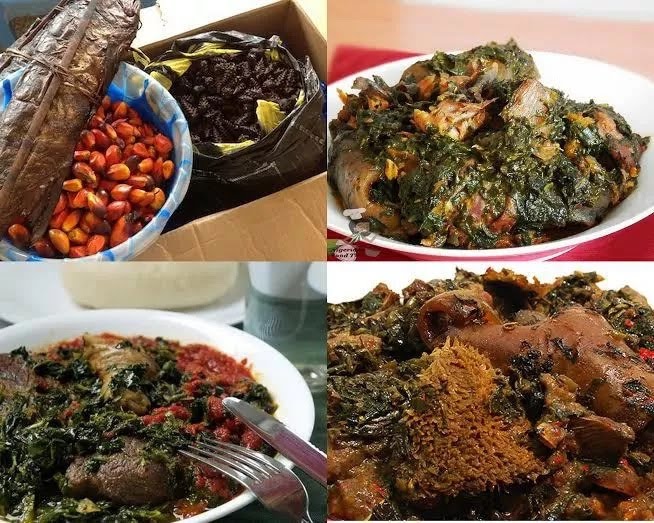 It is one of three major ethnic groups in Nigeria, these tribe represented in states like Bauchi, Borno, Jigawa, Kano, Kaduna, Sokoto, Niger etc.

Hausa food consists of vegetables, porridges, soups, and also meat, dairy products, and fish. A necessity for every Hausa home is the Kola nut. One of the most beloved Nigerian food by Hausa people is Tuwo with Kuka soup. Other very popular ethnic dishes are: 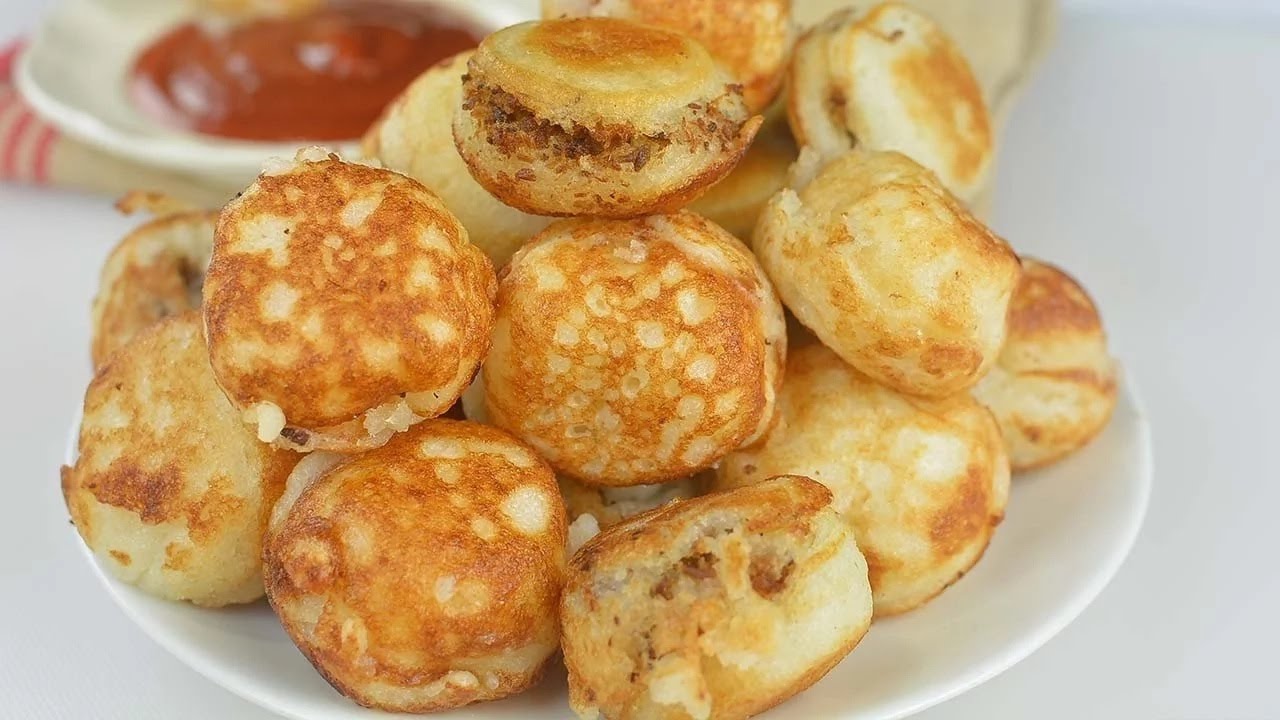 To make this, you will need some beans flour, pepper and kuka. Don’t forget to add ground cayenne pepper. You can make the dish from the beginning to an end in just 20 minutes. 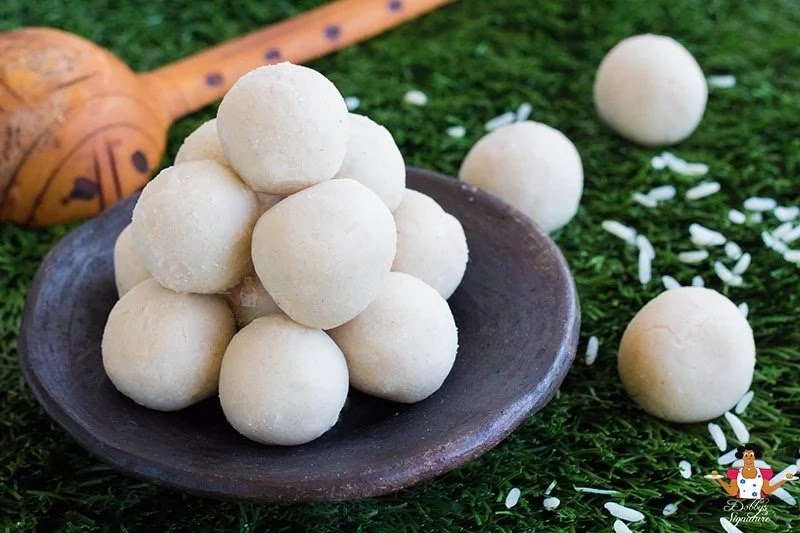 This delicious dish is served with a popular Hausa groundnut soup. The delicacy is made from rice, and the soup consists of white hibiscus (white zobo), and groundnut. 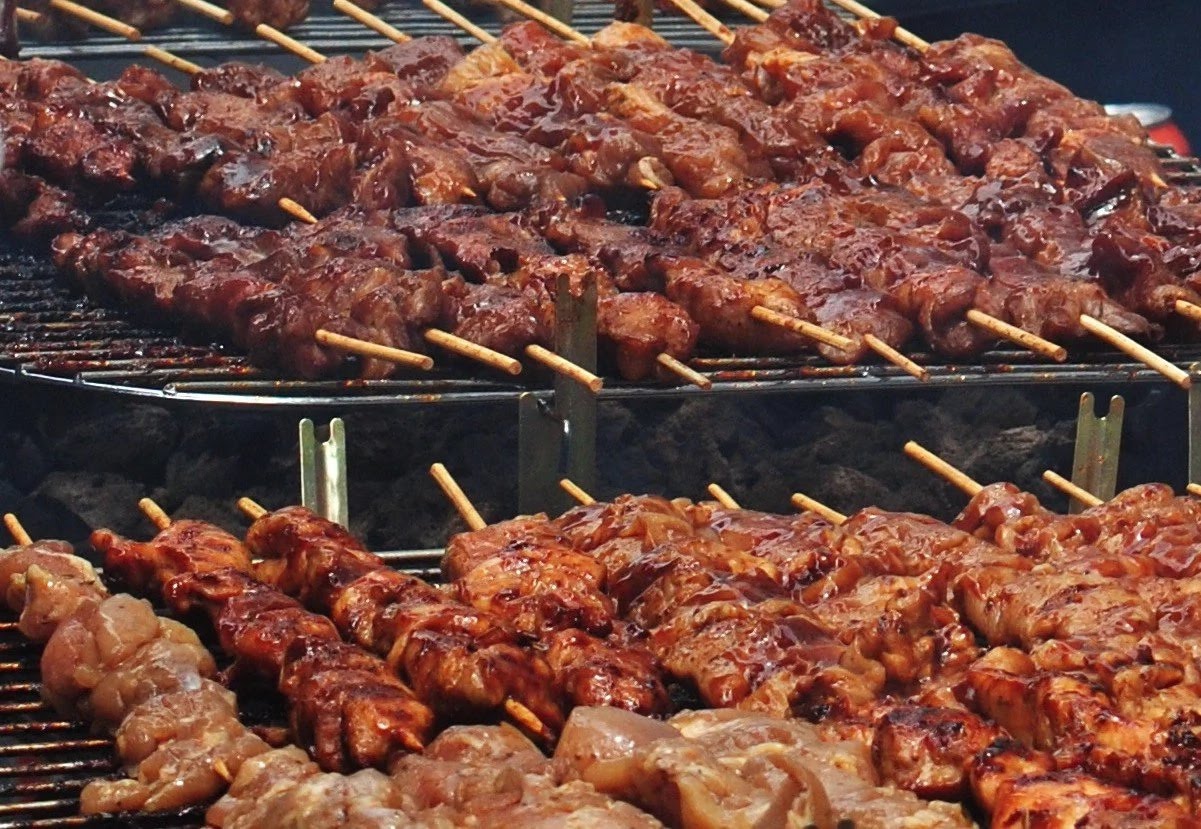 It can be either Chicken Suya or Bush meat Suya.

This is also one of three major ethnic groups in Nigeria, and they are mostly settled in the Eastern part of the country. The main Igbo states include Anambra, Imo, Delta, Rivers, Ebonyi, and Benue. Igbo formed an ethnic base of Biafra state during the civil war in Nigeria.

The main occupation of the Igbos is agriculture (yam, manioc, corn, vegetables, rice). In the southern regions, the main crop is palm oil. Igbo people are often engaged in fishing, trade, and harvesting of of wild fruits, berries, herbs, and plants. They are not so strong when it comes to livestock breeding because large areas in the region are infected by the tsetse fly. 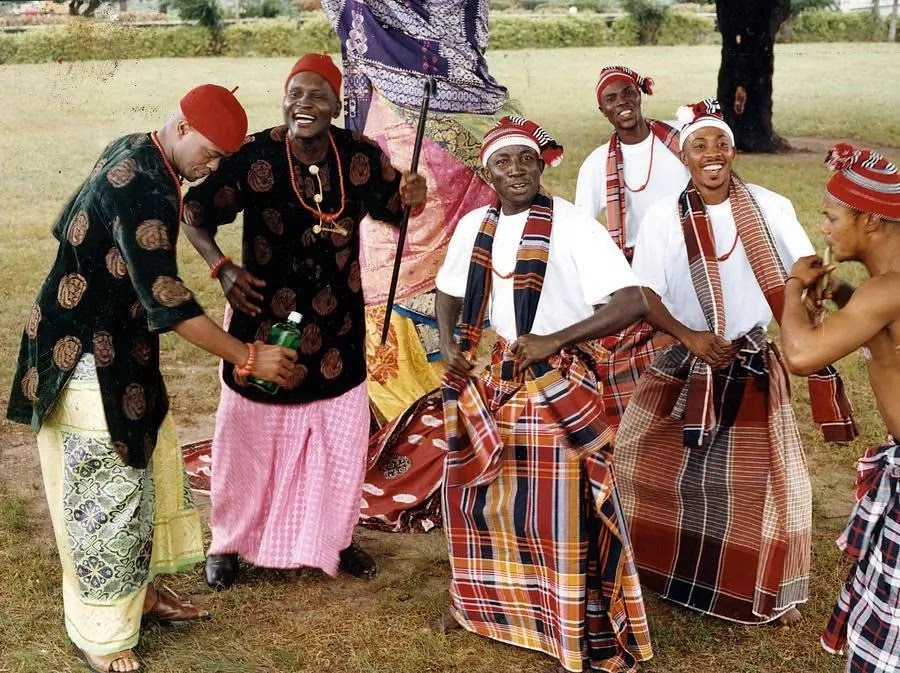 Among some of their most delicious salads are - Jakwu, Abacha, Ugba. The best Igbo dessert is the Nkwobi. It is also considered to be one of the greatest Nigerian delicacies. They also have an extremely tasty corn meal called Agidi which is mostly served with beans and tomato stew (you will also need to add some Uma leaves). 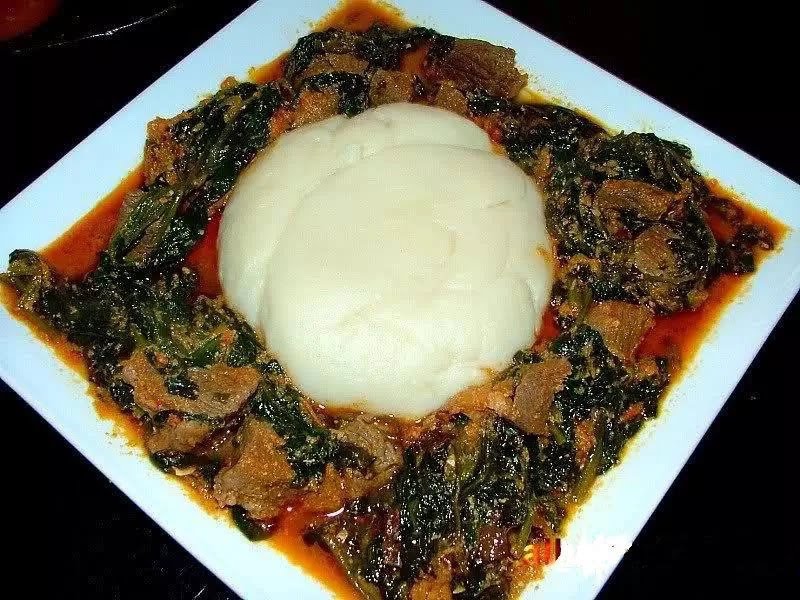 You should probably be aware that this is a rather heavy and that it is better to take it at least four hours before going to bed. 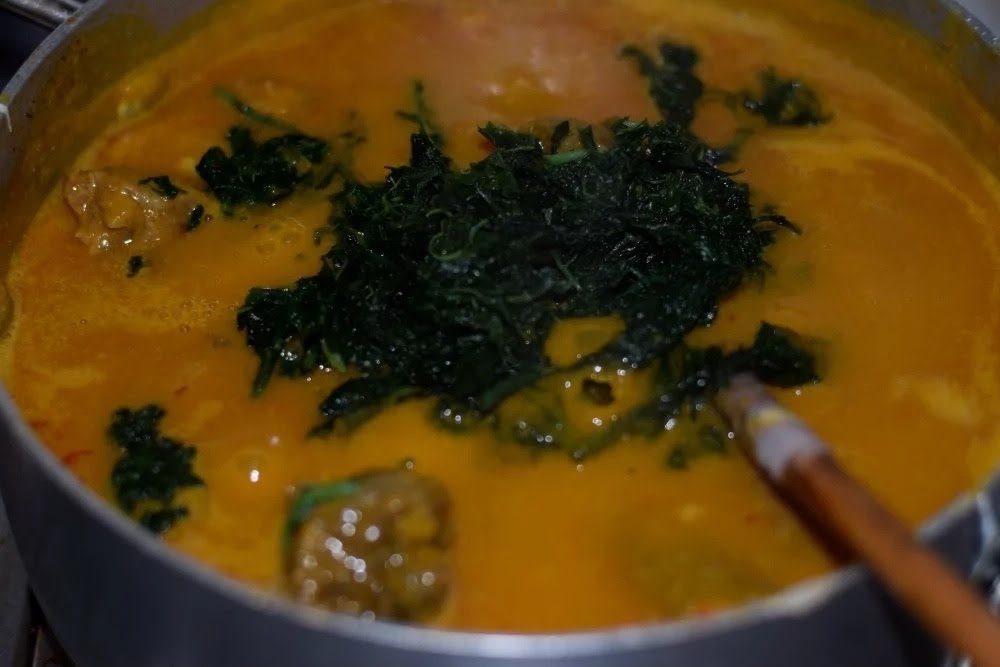 This is also one a type of soup that is often eaten with the Akwu and cocoyam. 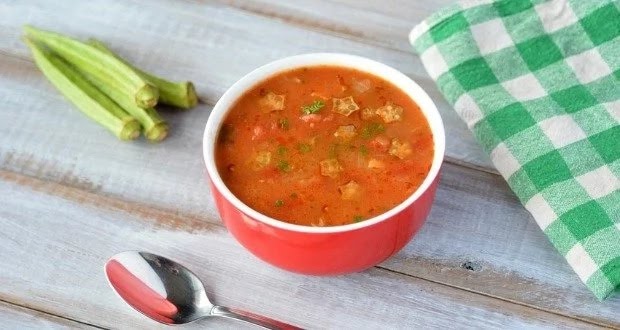 You can cook it with fresh fish, and it is not too expensive to prepare.

This is a tribe in the west and southwest part of Nigeria, Benin, also Ghana and Togo. Christians, Muslims and even African traditional worshippers can be found in the Yoruba tribe.

The Yoruba tribe main occupation is manual agriculture and fishing. When it comes to crops, they grow yam, corn, cassava, bananas, various vegetables, groundnut and millet. Their main export is cocoa. Livestock breeding is poorly developed due to the contamination of the tsetse fly and a lack of sufficient land for pastures.

One of their most common food is the preparing of yams in a few ways: they can be boiled, fried separately or mixed with other vegetables. The Yorubas are famous for their "Iyan" (pounded yam) - a dish that can be served with a variety of soups. In addition to this, corn is also a widely spread product: corn grains are cooked with beans, fried, added to meat or bananas and could be used for cooking porridges. 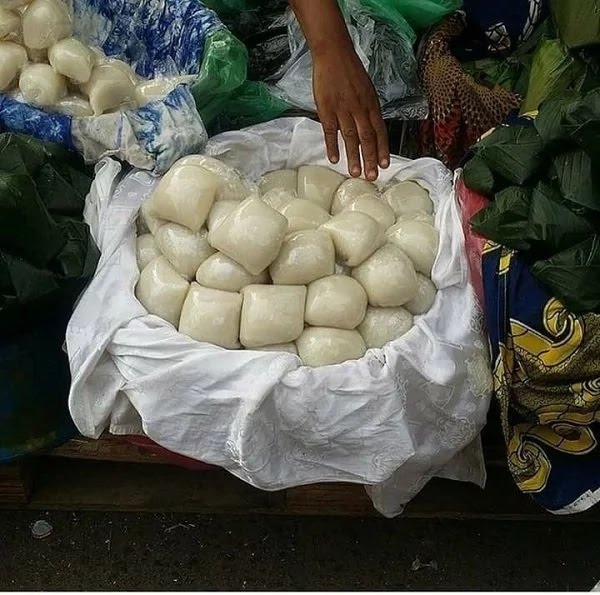 Great attention is paid to bananas/plantains: they can fried, mixed with legumes or yam. In some areas, the most popular are dishes are made from sorghum and rice. Most of their dishes are very spicy, as Yoruba people love their pepper. They cook meat and fish with different types of hot sauces. For cooking, they primarily use palm oil. Palm oil juice is used for wine, called "Emu". Beer is brewed from corn, bananas, and sugar cane. 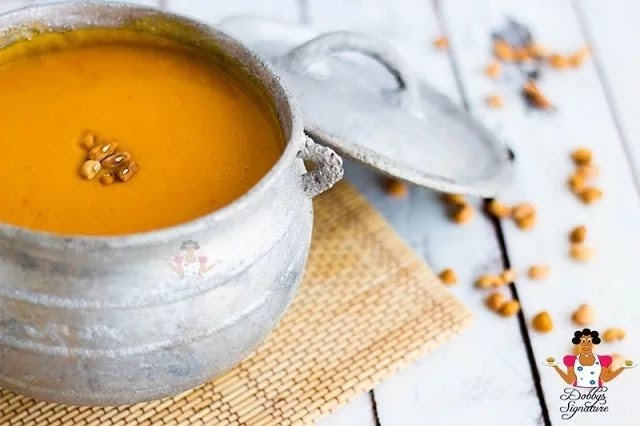 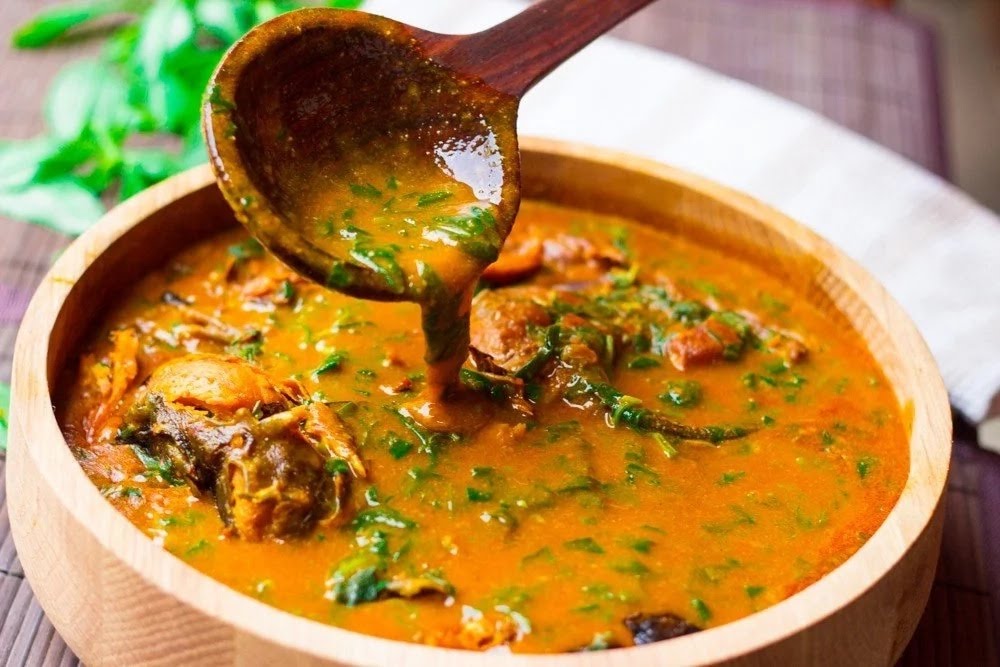 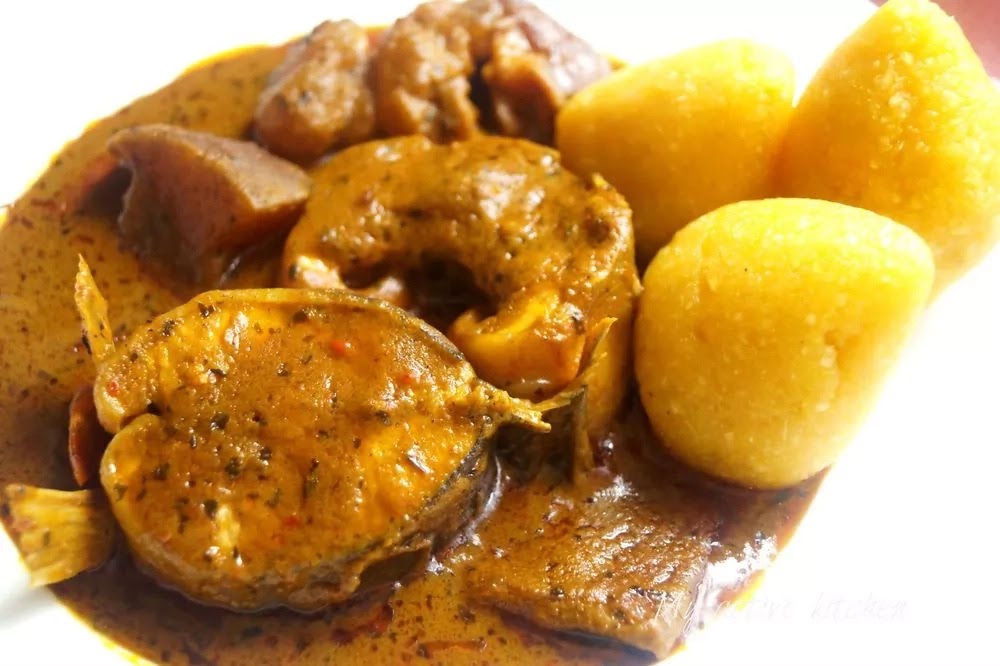 Pulbe is one of the ethnic groups in Nigeria ( they can be found in Bauchi, Borno, Jigawa, Kano, Kaduna, Sokoto, Niger, Taraba, Yobe, Kebbi), inhabiting compact areas from the Atlantic Ocean to the Nile Valley and the Red Sea. 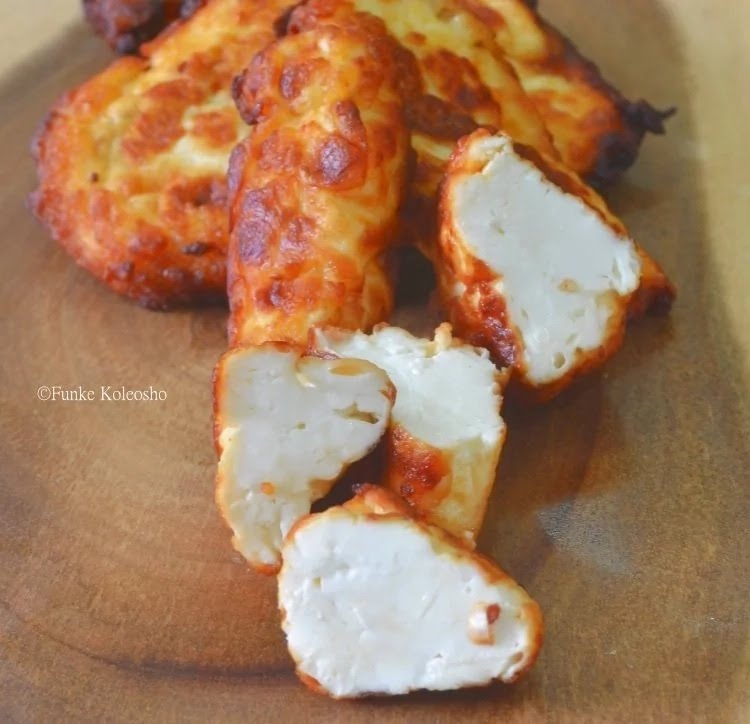 Fulani heavy porridge's (Nyiiri) main ingredient is flour. It can be of various types - millet, sorghum, or corn. This porridge is served and some sauce is added It is okay to eat the porridge with soups which can be made from tomatoes, onions, spices, peppers etc.

Angas – is a name of one of the tribes in Nigeria, in particular, they live in the Central part of the country. The tribe has up to 250, 000 people. Some of the groups are settled in the mountains. Most Angas are Muslims, some of them are adherent to traditional beliefs. Their main occupations include manual farming (sorghum, millet, rice, corn, sweet potato, yam, cotton, peanuts) and cattle breeding. They live in small villages. The traditional dwelling is usually round mud houses with grass roofs.

The main food for the Angas tribe living in the Plains is vegetable (porridges, soups); for those who live in mountainous areas - dairy and vegetable food. 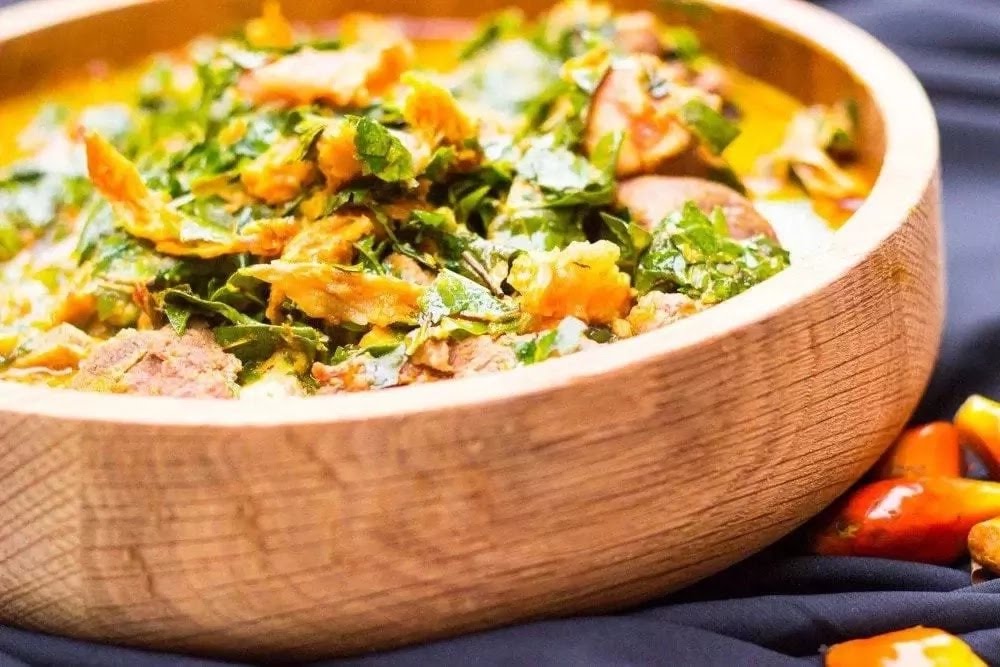 So, you have seen main Nigerian dishes that are popular among 5 Nigerian tribes, such as Hausa, Yoruba, Igbo, Fulani, and Angas. Which dishes are the tastiest? All of them are unique and quite wonderful! You might want to try at least one delicacy from each of the tribe’s cuisine. You can then decide which one is most appealing.

Wow! Omo I don't even know what food to eat anymore, especially that Ogbona soup and Pounded Yam😘😍...what about you?

Content created and supplied by: GeoEmmy (via Opera News )