Meet Andre, the Chef Who Has Cooked For 4 American Presidents Including Joe Biden and Donald Trump

By Ayodeleking01 (self media writer) | 11 days ago

Andre Rush, the commanding figure in the photographs below, is a well-known chef who has cooked for four US presidents. Andre became famous after images of him went viral on the internet, with many people unable to believe he was a chef due to his body and massive 24-inch biceps. 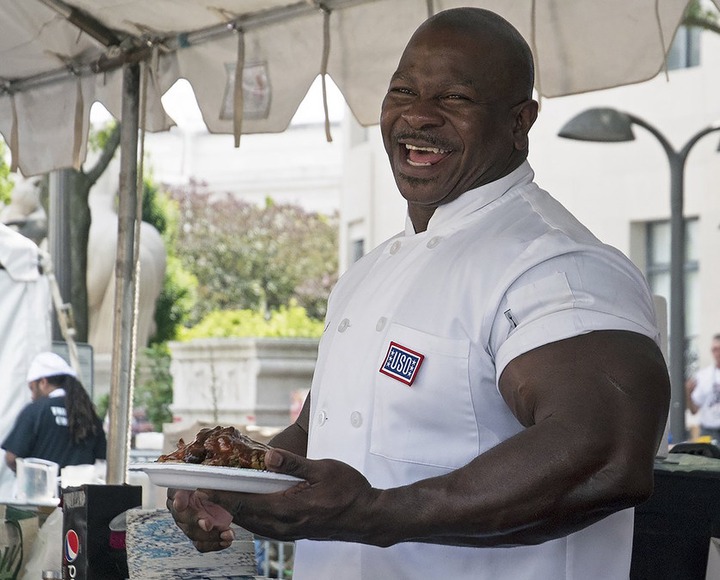 Andre Rush is a retired Sergeant who served in the United States Military for many years. He studied Business Management and Hotel and Restaurant Management at Stanford's renowned Culinary University. 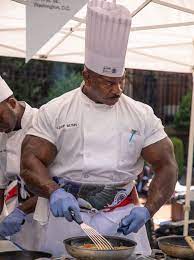 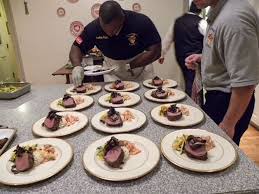 Chef Rush specializes in cake and snack decoration, as well as ice carving, according to sources. He has served four US presidents since 1977, including Donald Trump, Barack Obama, George W. Bush, Bill Clinton, and now Joe Biden, the current US President.

Chef Rush has won over 150 of the more than 200 cooking competitions he has entered around the United States.

Chef Rush is adept at push-ups, according to sources, and he revealed on social media that he does 2,222 push-ups every day to stay in shape. He even coined the #22pushupchallenge hashtag, which trended on Instagram.

He claims he tries to do 200 push-ups for a few minutes, rest for ten minutes, and repeat until he accomplishes his daily target of 2,222 push-ups. 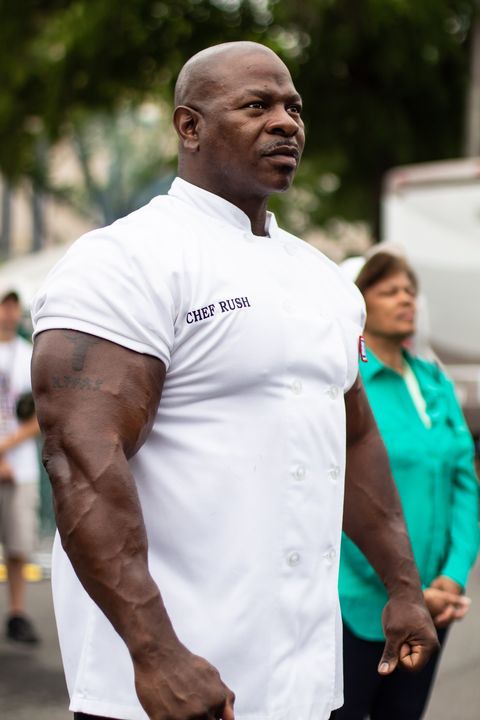 Andre Rush, despite being retired military and chef, is well-educated and has a fantastic physique.