5 Spiciest Chili Peppers in the World

By PishikeniDaniel (self media writer) | 11 days ago

Chilies first came into common use in South America about 6,000 years ago. Over time, they have made their way onto your dinner table. 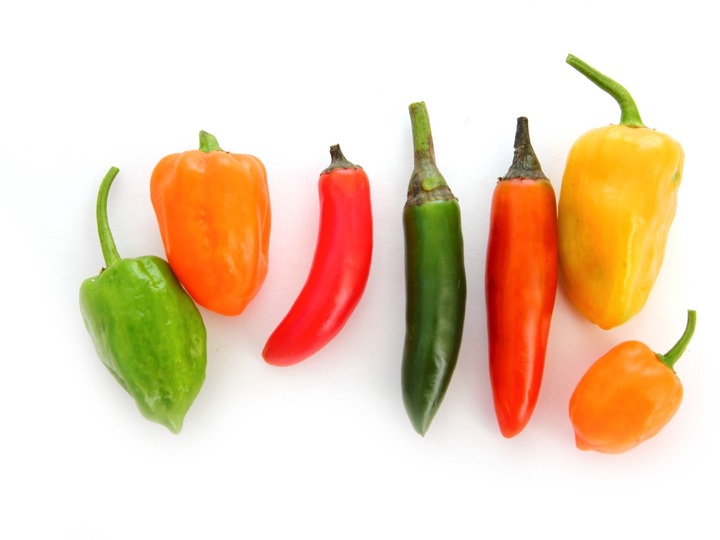 In this article, I am giving you the 5 spiciest peppers in the world. Just so you know, these are not the usual peppers served to you at a family barbeque; some of them can do real damage. Do you know what the Carolina Reaper is? How about Chocolate Trinidad Moruga? We’ll be having a look at these and more.

Chili peppers are the fruits of the Capsicum pepper plants. They are distinguished by their spicy flavor. Chilies are members of the nightshade family, and are associated with bell peppers and tomatoes.

While there are many mild varieties of chili pepper, such as cayenne and jalapeno, let’s look at the five hottest in the world;

1. Carolina Reaper: This comes from the same species as the fiery Scotch bonnet chili used in West Indian cooking. The Carolina reaper has a unique look. It’s even complete with a scorpion tail. 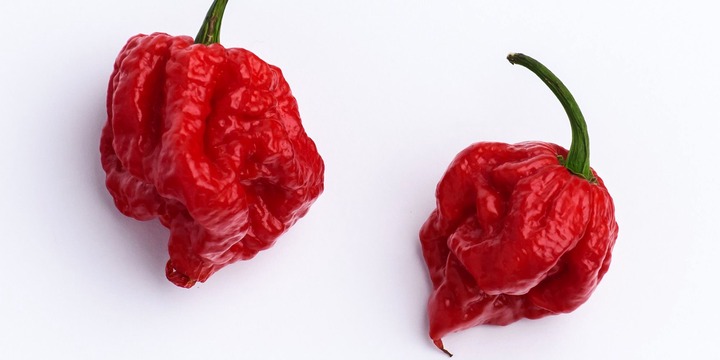 The Reaper was first found in the state of South Carolina. All the spiciest chili peppers of the world contain a compound known as capsaicinoids (cap-say-sin-oids). There’s also something you should know about the Scoville scale. This is the name given to the measurement of pungency in chili peppers. The Reaper is tested at over 2.2Million Scoville Heat Units (or SHU), making it the hottest pepper in the world according to Guinness World Records.

Let me put it to you this way: Compared to your average jalapeno pepper, a Carolina Reaper can be anywhere between 175-880 times hotter. It is even recommended you wear gloves when you hold it. If by chance you’re planning to switch careers and become a pepper farmer, beware!

2. Moruga Scorpion: This is the second hottest pepper in the world. It is a rare and popular pepper that was just recently discovered. It is native to the islands of Trinidad and Tobago. Once you get a bite of this chili, the heat won’t stop. 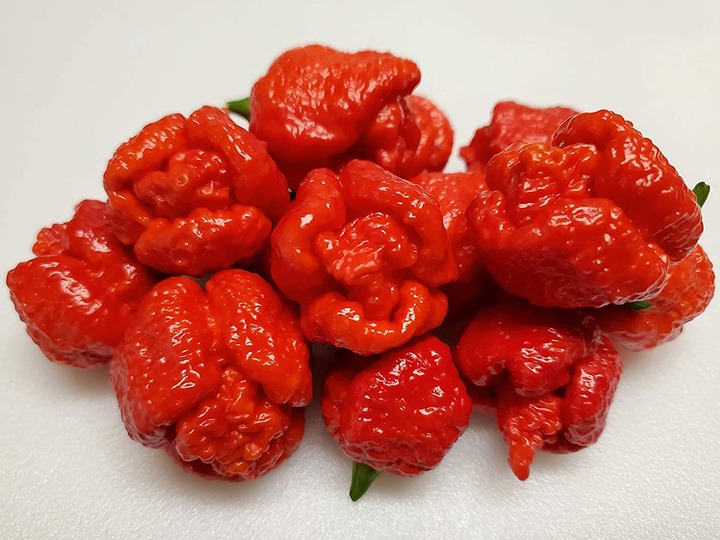 This pepper may lack the pungency of the Carolina Reaper but don’t undermine it; Moruga Scorpion is still intense. When you consume an unreasonably spicy Moruga Scorpion, the numbness will not provide you any relief.

Studies state that the heat level of Trinidad Scorpion ranges from 800,000 to 1.3Million SHU.

3. Naga Morich (nah-gah-More-itch): Also known as ‘The Snake’, the pepper looks all wrinkly. It is smaller in size and is characterized by ribs on the outer peel. People who eat Naga Morich not only add pepper to their food, but also eat it raw. 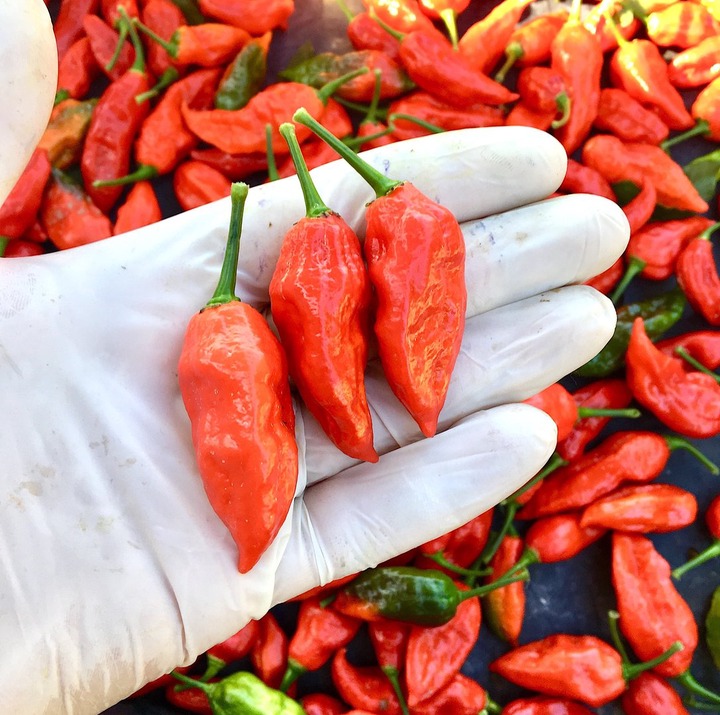 Naga Morich is a hot chili grown in India and Bangladesh. Their pungency ranges from 1Million to 1.5Million Scoville units, making them one of the hottest peppers in the world.

After conquering the scorching heat, Naga Morich delivers a rich, fruity flavor ideal for making hot sauces. It is also dehydrated and ground to make chili powder or chili flakes. The pods of this pepper matures from green to bright orange or red. Much like the Carolina, remember to always wear gloves when handling Naga Morich as the oil will burn if it gets on your skin.

4. Chocolate Trinadad Moruga: This is another pepper out of Trinidad and Tobago and it comes with a whopping 1.2Million levels on the Scoville scale. It is usually used for barbeque sauces.

Apart from the heat, these chili peppers are rich in vitamins, minerals, and various plant compounds which include capsaicin. Their heat index is roughly the same, but there is a clear difference in taste between Moruga Scorpion and Chocolate Moruga. The Chocolate Moruga is lighter, smokier and less soar in taste.

5. Ghost Pepper: This may not be the hottest among the others, but it is something you would not like to eat too many of. The ghost pepper originates from Assam, India, and was the first to break the 1Million mark on the Scoville scale. It is locally known as Bhut Jolokia (bootjah-lockia), or ‘’ghost chili’’ in Assam. Some people go as far as to call it “poison chili”. 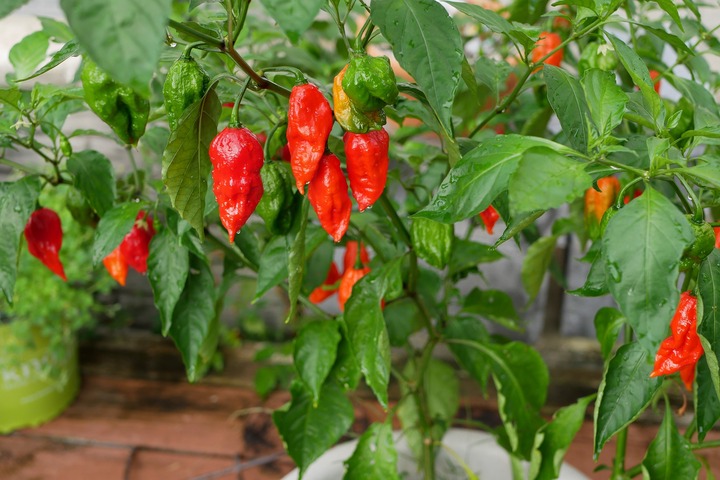 The Ghost pepper was named the World’s Hottest Spice by the Guinness Book of World Records in 2006, though it ended up being knocked down multiple times.

This pepper has a benefit as it is used as remedy for indigestion.

Endeavor to share with your friends and loved ones!

Content created and supplied by: PishikeniDaniel (via Opera News )