See the Worlds Hottest Pepper That Can Kill a Human Being.

OF COURSE THERE ARE OVER A MILLION WAYS TO DIE,CERTAINLY ONE WILL NOT EXPECT A CHILLI PEPPER TO DO THAT. 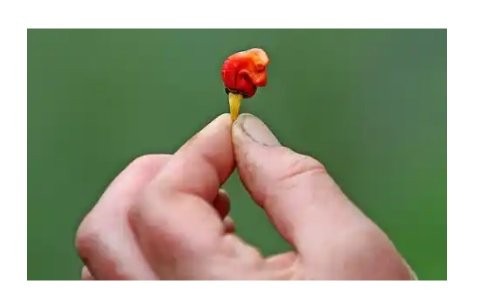 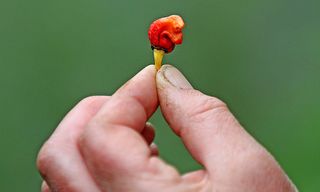 Death by chili pepper may not be a common way to die, but it's certainly a possibility for unlucky souls adventurous enough to try Dragon's Breath, the new hottest pepper in town.

Mike Smith, the owner of Tom Smith's Plants in the United Kingdom, developed the record-breaking pepper with researchers at the University of Nottingham. He doesn't recommend the pepper for eating, however, because it may be the last thing a person ever tastes.

So how exactly do hot peppers, such as Dragon's Breath, maim or kill those who try to eat them? Let's start with the pepper's spicy stats: Dragon's Breath is so spicy, it clocks in at 2.48 million heat units on the Scoville scale, a measurement of concentration of capsaicin, the chemical that releases that spicy-heat sensation people feel when they bite into a chili pepper. Dragon's Breath is hotter than the current record-holder, the Carolina Reaper, which packs an average of 1.6 million Scoville heat units, as well as U.S. military pepper sprays, which hit about 2 million on the Scoville scale, according to the Daily Post.

In comparison, the habanero pepper is downright mild at about 350,000 Scoville heat units, as is the jalapeño pepper, which registers at up to 8,000 heat units, according to PepperScale, a site dedicated to hot peppers. Bell peppers have a recessive gene that stops the production of capsaicin, so they have zero heat units, PepperScale reported.

Dragon's Breath, in contrast, is so potent that it will be kept in a sealed container when it goes on display at the Chelsea Flower Show from May 23 to 27 in London, the Daily Post reported.

"I've tried it on the tip of my tongue, and it just burned and burned," Smith told the Daily Post. "I spat it out in about 10 seconds."