9 Foods You Never Thought Can Give You Food Poisoning

By Healthy-Wealth-Lifestyle. (self media writer) | 2 years ago

9 Foods You Never Thought Can Give You Food Poisoning: 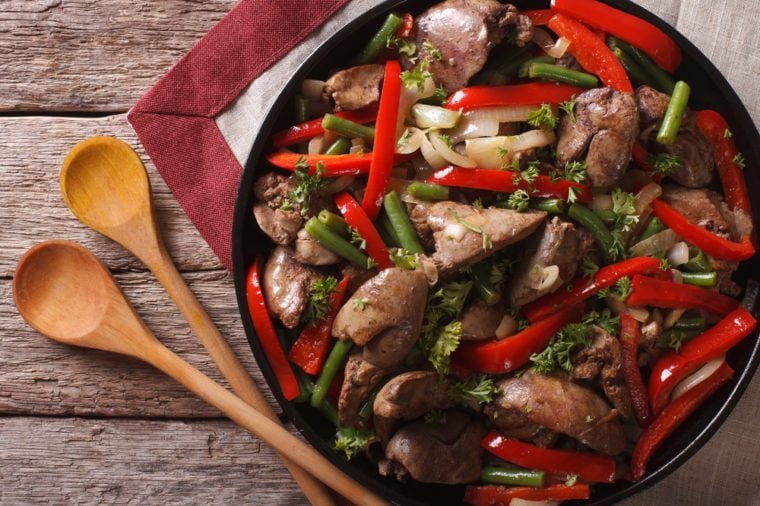 Eating undedone chicken liver has become a Trending way of eating the delicacy, but that could be a very risky choice, explains Dr. Griffin. It’s still chicken, and the livers can be loaded with the bacteria campylobacter, she warns.

How to avoid poisoning: Take note of recipes and menu items that recommend preparing the delicacy “lightly sautéed.” The livers should reach an internal temperature of 165° F and have a crumbly texture. 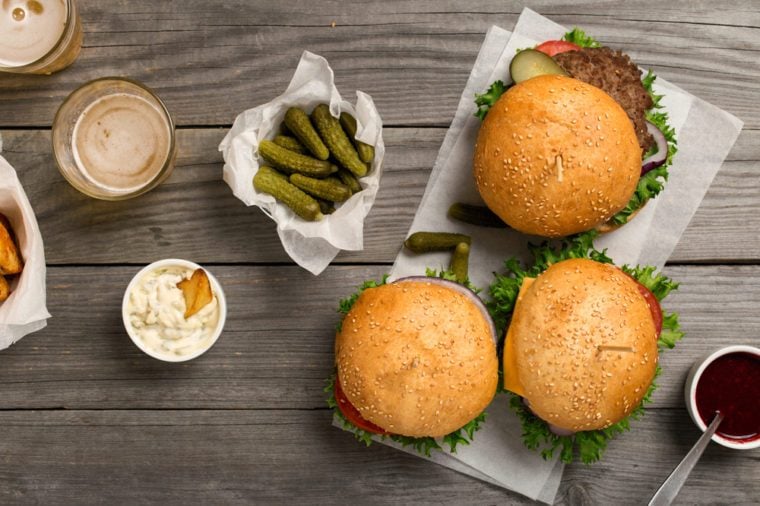 Ground beef, pork, and poultry can be problematic because any pathogens on the surface before its ground, ends up getting into all those little nooks and crannies. What’s more, they may escape death, even as the surface areas of the patty look hot and toasty. As with any meat, points out Gravely, “color is not a reliable indicator of doneness.” Sometimes beef can look a bit pink, she says, even if it’s cooked to a safe temperature. “And sometimes it can look brown when it’s not a safe temperature.”

How to avoid food poisoning: A food thermometer is a must. Ground beef and pork must be cooked to at least 160° F. Ground turkey—which is particularly tricky because it looks less pink even it’s raw state—and chicken should be cooked for 165° F. 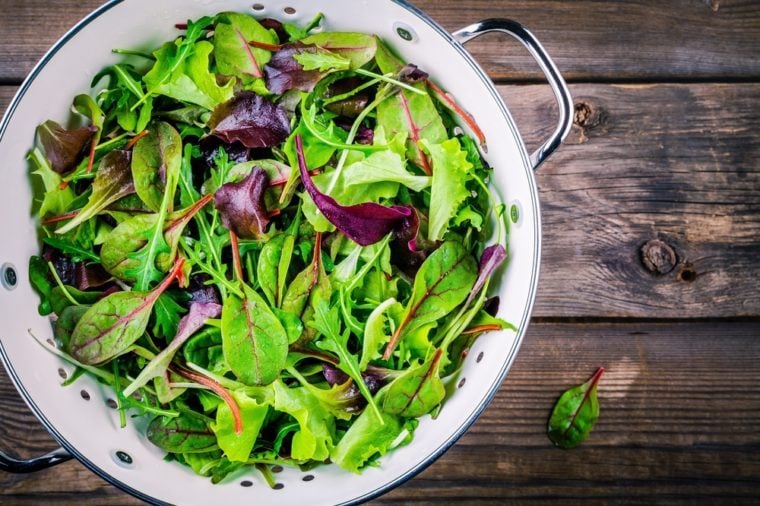 Consider this not an excuse to skip your vegetables, but an important reminder to wash (or cook) them well before eating.

Leafy greens are particularly tricky because they’re eaten as salads and not cooked—so proper washing is essential. After all, farms are not pristine: potential pathogens are everywhere, including in bird poop, fertilizer, ticks, tainted water, or as the result of poor hygiene.

How to avoid food poisoning: Some bacteria can stick to the lettuce and even get into it, says Dr. Griffin So washing won’t guarantee a bacteria-free leaf, but it can knock off dirt and reduce the risk of germs. Place the odds in your favor by buying greens that are in the best possible shape. “Look for leaves that are firm and crisp,” says New York City nutrition. For packaged lettuce, avoid the slightest sign of sliminess—”bacteria can spread quickly,” she says. For fresh herbs, she says, “make sure the leaves are firmly attached to the stem and have no sign of brown or black spots.” Finally, triple-wash your lettuce before consuming. “Don’t just rinse under cold water, ” she says, “but fill a large bowl with cold water, tear the leaves into the bowl, submerge and swirl with your hands for a minute or two, then lift the leaves into a strainer and dump the water.” Repeat twice more, then wipe or spin dry. 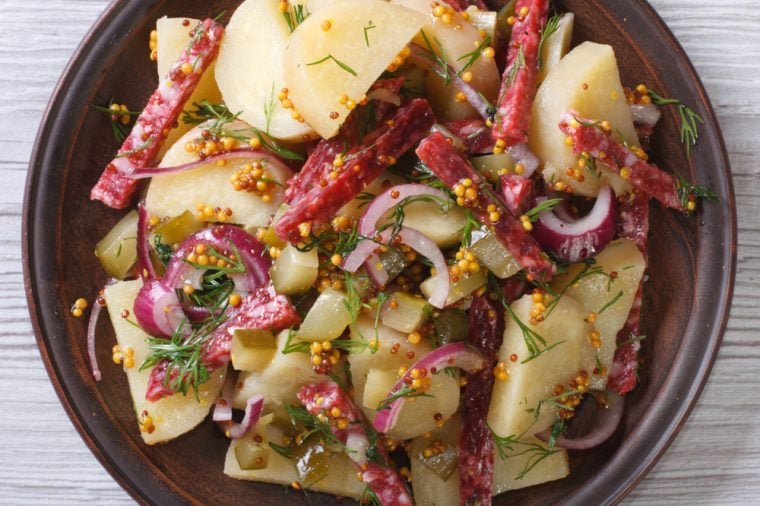 A whole host of microscopic critters can grow in improperly handled potato salad—especially if you get it at a deli, where cross-contamination with deli meat and cheese can occur. Contrary to popular belief, the problem is not the mayonnaise, says Gravely—it’s the potatoes. “When vegetables are cut up, there are more surfaces exposed to potential pathogens,” she says, ” and the potato is cooked and soft as opposed to raw and hard, which also makes it more accessible to bacteria.”

How to avoid food poisoning:Purchase your potato salad at a clean, reputable place, keep it chilled, and consume it within three days. 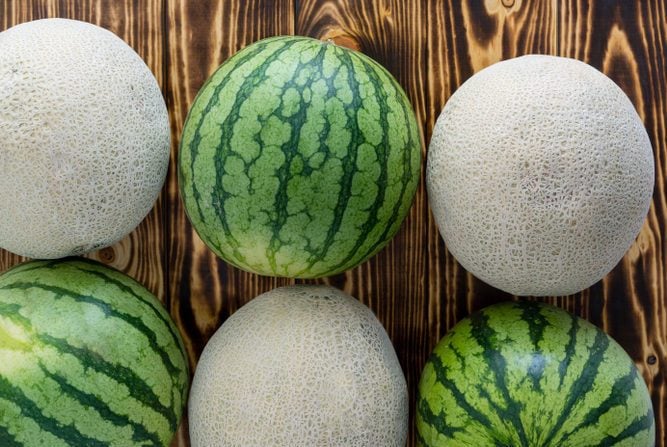 A few years ago, a massive cantaloupe recall traced the problem to water contaminated with listeria in the packing house. The trouble with melons—as well as other fruit with a tough peel—is that, because you don’t eat it, you may be a tad lackadaisical about cleaning it. But once you’re slicing through it, your knife can pick up any pathogens and pass them onto the edible portions.

How to avoid food poisoning:“Don’t just rinse your cantaloupe, scrub it down and wipe it dry before you cut it open,” says Dr. Diez-Gonzalez. And after you slice it up, store the melon in the fridge and plan to polish it off within three days (or toss the rest). For more food safety strategies, download the Foodkeeper app created by the USDA, Cornell University, and The Food Marketing Institute. Make sure you follow these rules this summer to avoid nasty food poisoning. 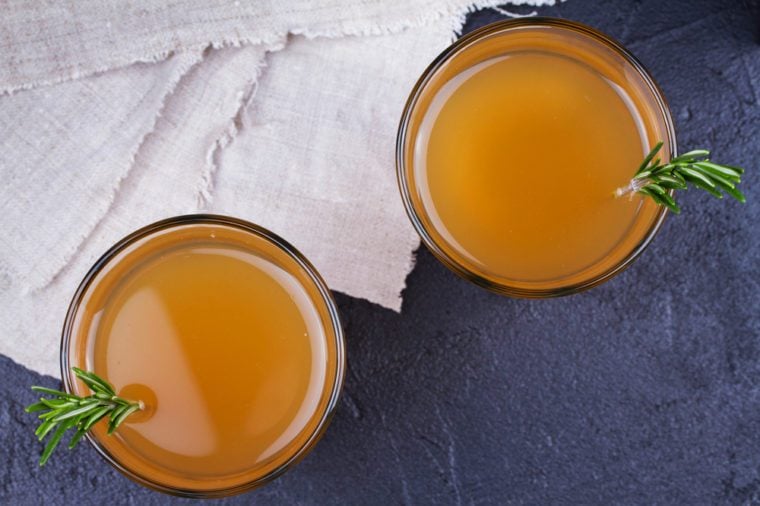 It may be tempting to stop by a roadside stand to try the fresh cider—especially if you’re with kids who are “soooo thirsty”—but proceed with caution. When apples (and other fruits) are pressed, any bacteria on the outer surface can get into the juice.

How to avoid food poisoning:While healthy adults can fight off the illness, kids, the elderly, and anyone with a weakened immune system may not. To be safe, ask if the juice has been treated for safety, says Dr. Griffin. If not, head to the supermarket and look for a carton that indicates the juice has been pasteurized. 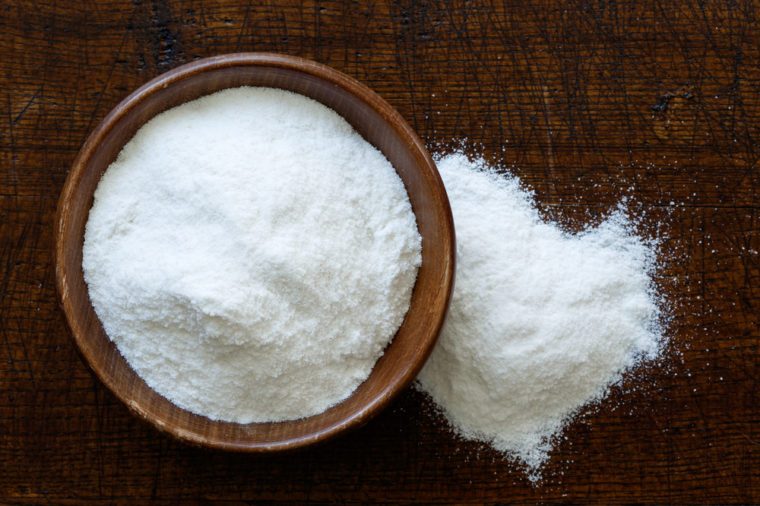 Flour is ground grain: If that grain has bugs it, the can survive the milling process and end up in your pantry. That’s why even eggless batter and dough are still potentially risky.

How to avoid food poisoning: Wash your hands always, after working with flour (that includes flour used for preparing tortilla and pizza dough). 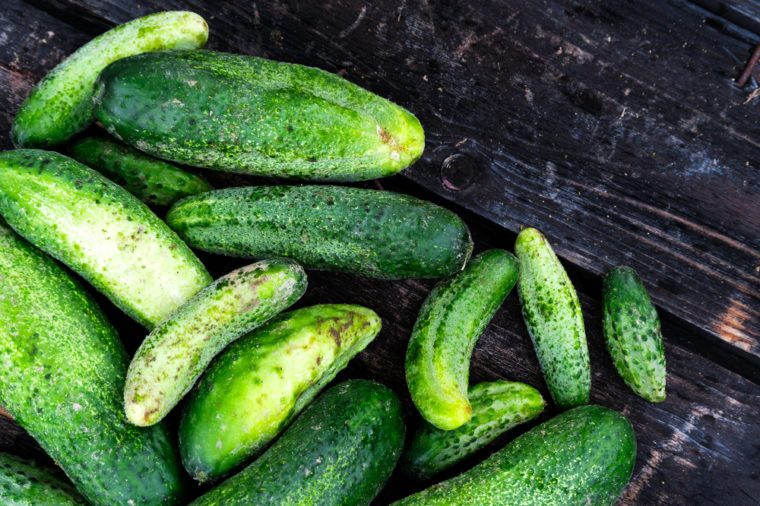 Recently, contaminated cucumbers were the source of multiple salmonella outbreaks. Unlike many vegetables, they’re rarely cooked so you’re prone to any pathogens that might be on the peel—even if you don’t end up consuming the peel itself. Your knife blade picks up germs from the surface as you begin to slice and spreads them to the edible portions with every cut. “Ready-to-eat products are higher risk than those that go through a [pathogen] inactivation step,” says Sterling S. Thompson, PhD, president of B&G Safe Food Consulting, in Middletown, PA. Seeded vegetables (a category that includes tomatoes and cucumbers) accounted for four salmonella outbreaks and 1,048 associated illnesses in 2015, the most recent year with available CDC stats.

How to avoid food poisoning:Be sure to scrub cucumbers with water and a produce brush whether you’re eating the peel or not. Wipe them dry and trim the bruises before you slice and serve. 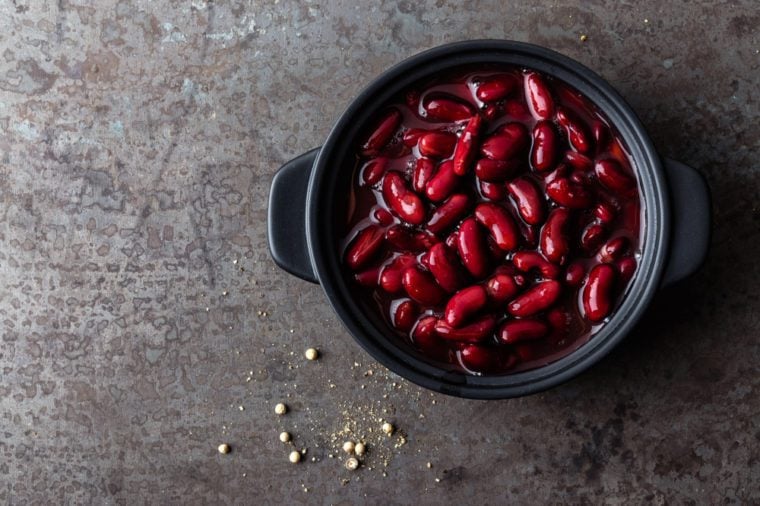 The issue with red kidney beans isn’t bacteria but a special kind of lectin. Lectin is a protein, and red kidney beans happen to have a type called “red bean lectin” (or phytohaemagglutinin) that—if it isn’t destroyed by heating—can cause vomiting and diarrhea.

How to avoid food poisoning:Don’t just soak your red kidney beans. Cook them in boiling water for a good half hour. Slow cookers won’t work because the temperature never gets high enough. Or you can play it safe by using canned kidney beans

Content created and supplied by: Healthy-Wealth-Lifestyle. (via Opera News )