Meet The Richest Chefs In The World

Long time ago, working in the kitchen only meant a steady job and salary. There were no fancy cars and houses that come along with it. Fast forward to the now and chefs are becoming one of the highest paid professionals. Some chefs even ventured into the world of television as they have their own cooking show. Here are the top chefs that currently have the biggest bank accounts. 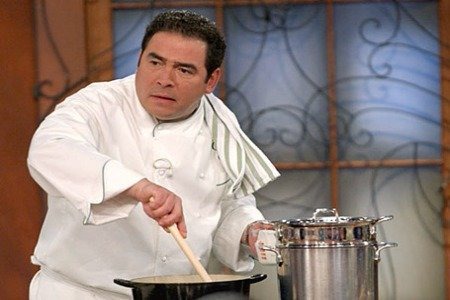 Lagasse has had a prestigious education in culinary arts when he graduated from the famous Johnson & Wales culinary school. After his education, he went on and became an executive chef in New Orleans’ Commander’s Palace in 1985. This job opportunity became the foundation of his career as he was getting recognised by it. Soon after that, he opened his first ever restaurant. Now, he is the owner and chef at his 13 restaurants in the U.S. His endorsements and merchandising projects are some of the contributor to his wealth. He has appeared on television with his cooking shows and he also had published several cookbooks. One of his recipes was even picked by NASA to be included on their menu.

Living in the kitchen is what Rachael wanted to do even at a young age. She used to be a teacher, giving out cooking courses in her hometown. That class was dedicated to creating luxurious meals in just under 30 minutes. The cooking class she hosted eventually got a lot of attention, which is why she was signed by a local network for it. In 2001, she became an official family member of the Food Network. A show that was inspired by her 30-minute cooking class was picked up by the network and is still currently running, even after 11 years. Rachael’s show won her 3 Emmy Awards and she has also published 30 cookbooks. Alongside Rachael Ray in the 3rd spot is the Austrian chef, Wolfgang Puck. His fortune was built by his TV appearances, cookbooks, businesses, and restaurants. He is also the chef behind the famous restaurant Spago. Aside from being a chef, he is also the owner and manager of the Wolgang Puck Companies. They have businesses that range from catering, merchandising, and culinary operations.

It’s undeniable that Puck is a good businessman for managing his company but that doesn’t mean he is taking his restaurants for granted. Puck’s restaurant has been awarded four Michelin stars while Spago became a recipient of the James Beard Foundation Award.

Gordon Ramsay is one of the most ‘visible’ chef in the world. He has become an instant celebrity thanks to his cooking reality shows. One of his many shows include Hell’s Kitchen and Kitchen Nightmares. He is famous for being a tough chef to impress but still has a soft spot for the kids in his cooking shows. Aside from his own shows, Ramsay has also extended his career in television by appearing in shows like New Girl and The Simpsons.

But let us not underestimate Ramsay as one of the most showbiz chefs because his greatness is the reason why he is on TV in the first place. Chef Gordon Ramsay has already been awarded 16 Michelin stars in his restaurants. Jamie Oliver, just like Ramsay, is London’s pride. The 42-year-old chef never imagined he would reach the kind of success he has now. He used to be a pastry chef in ‘Greedy Italians’ and also became a sous chef in one of their restaurants in London. During this time, Oliver was approached by BBC for a cooking show deal, to which he eagerly said yes. His TV show became a very successful one, which opened more doors for him.

Although Oliver is the richest chef, that doesn’t mean that he is safe from debts. According to sources, Oliver’s restaurant chain called ‘Jamie’s Italian’ is in millions of dollars’ worth of debt. This debt will make him close 18 of his restaurant branches. Despite this disheartening news, Jamie still brings positive energy to the table as he continues to advocate a healthy and clean diet for students, in both sides of the Atlantic.

How To Look Impressive With Damask And Lace Outfits