This article featured an unknown young man who took to social media to showcase the different variety of food he can consumed at the same time. Read through and watch the video to see how he consumed: Fried-Rice, Corn, Ice cream, bread, Fanta, Coke & Beer at the same time. In a recent video that was posted on social media, a young man decided to showcase his own meaning of enjoyment online which ended of sparking reactions. In the video, the young man filmed himself in an eatery as he ordered a plate of fried rice and chicken, along with ice cream and other consumables which was served to him almost instantly. 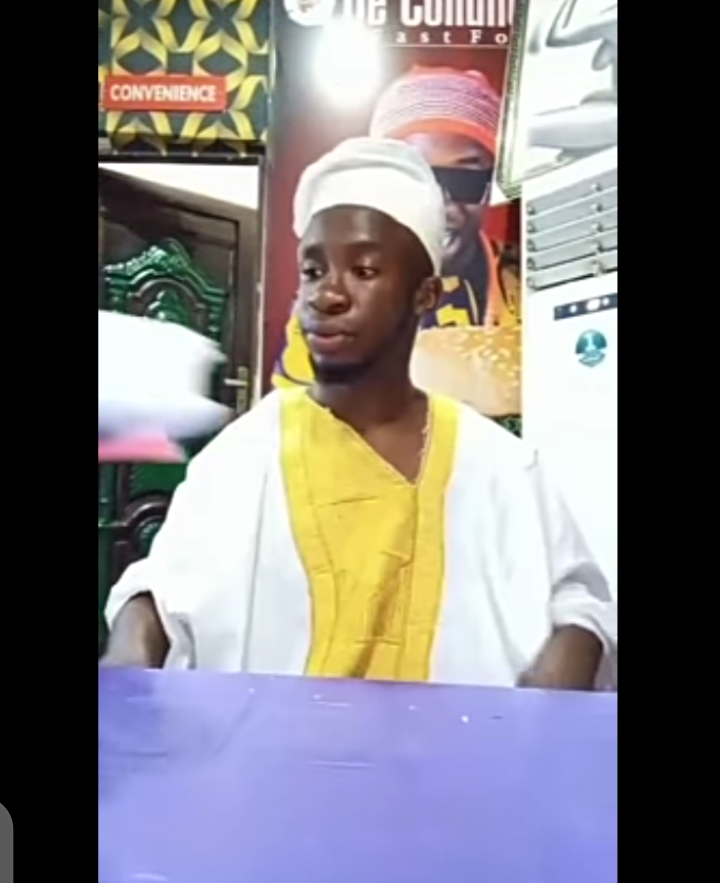 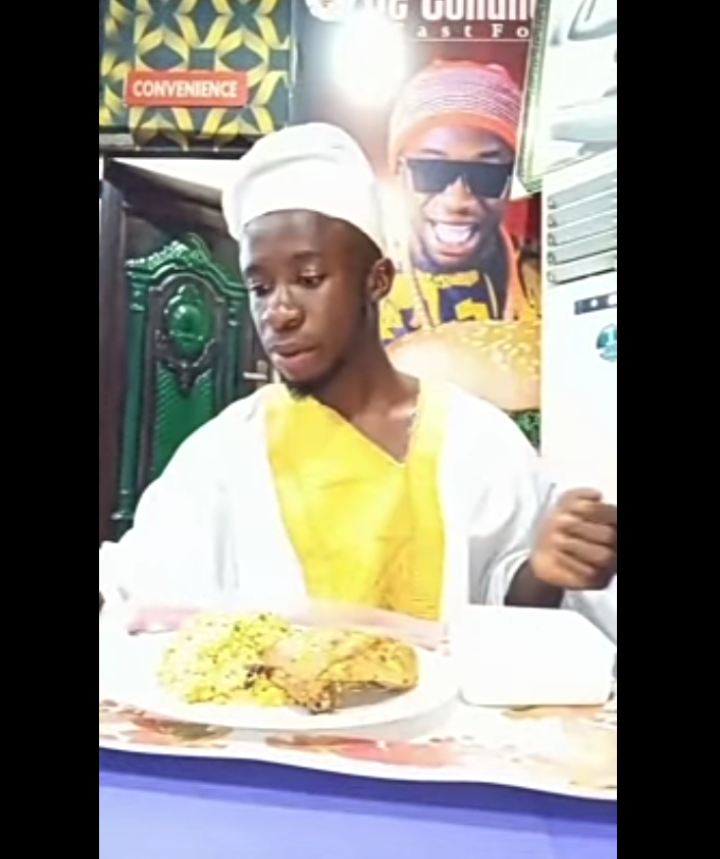 This is not the first time that this young man is eating such a weird combination of food, he usually eat with his hands. But this time around, the young man came with his own spoon which he hid under his cap.

He first of all removed a spoon from where he hide it and proceeded to take the ice cream a little. 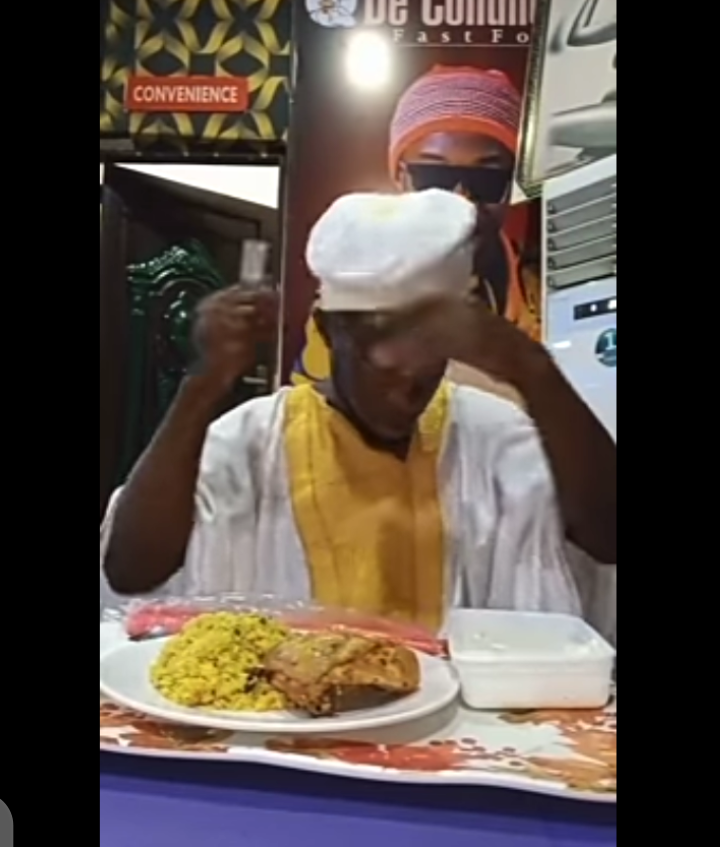 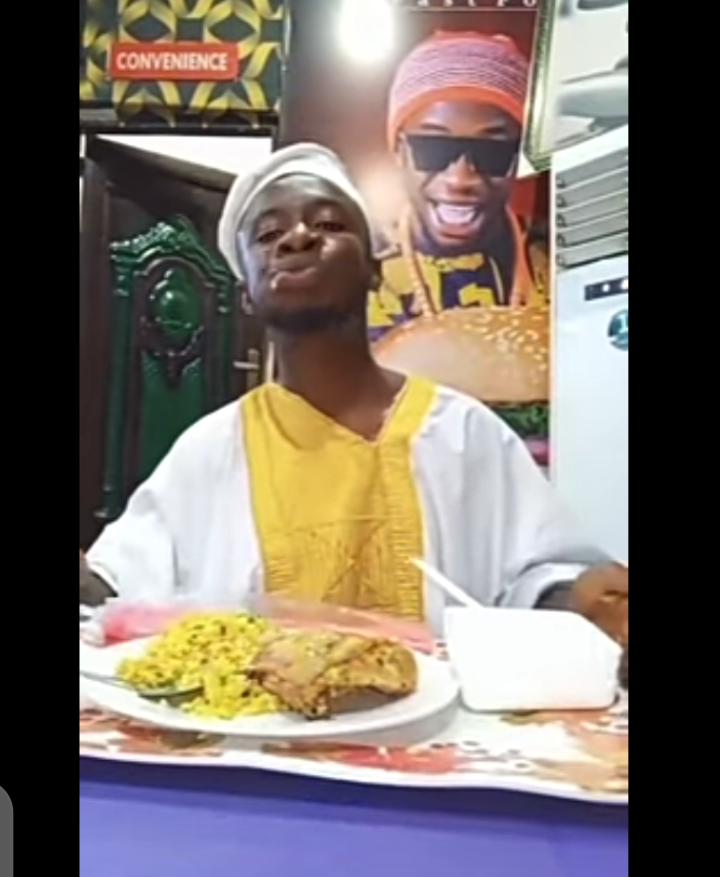 After that, he proceeded to eat the fried rice a little and also the chicken meat, before he ate a little from a roasted corn. 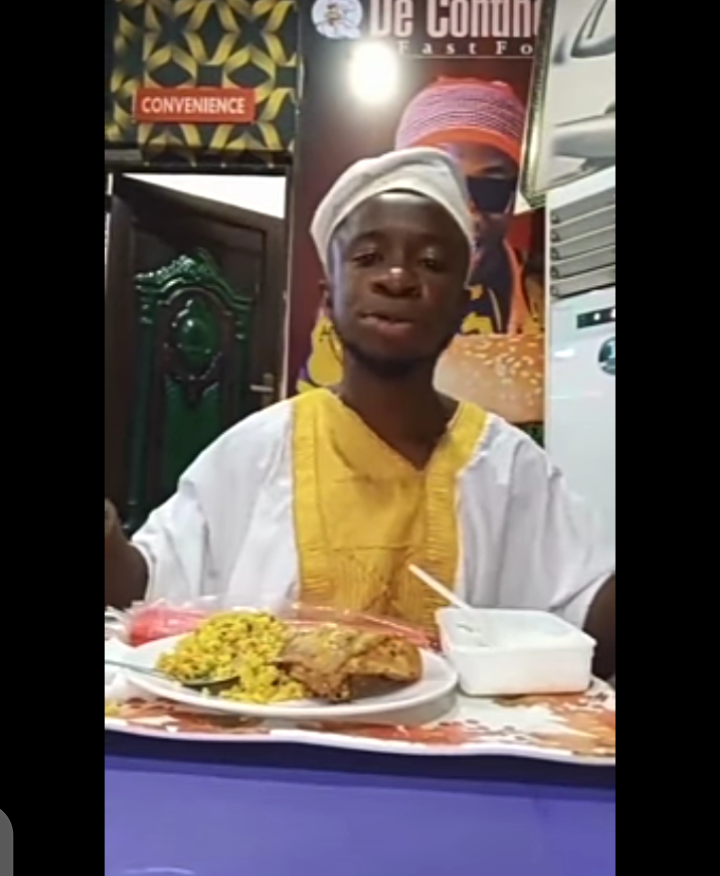 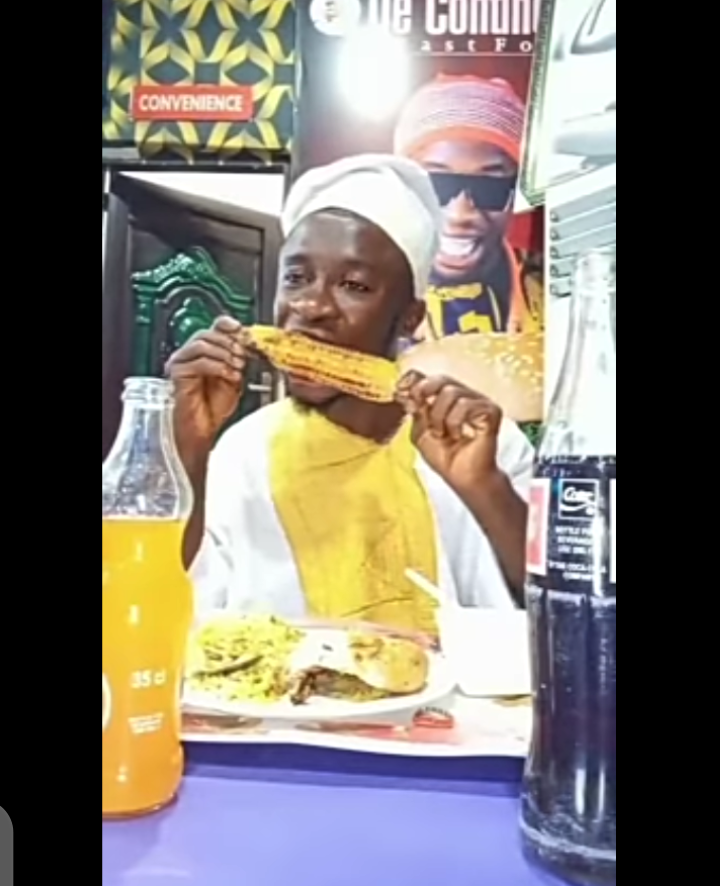 After eating a little from the roasted corn, he picked a giant bread, cut from it and deep it inside the ice cream before proceeding to ingest it. 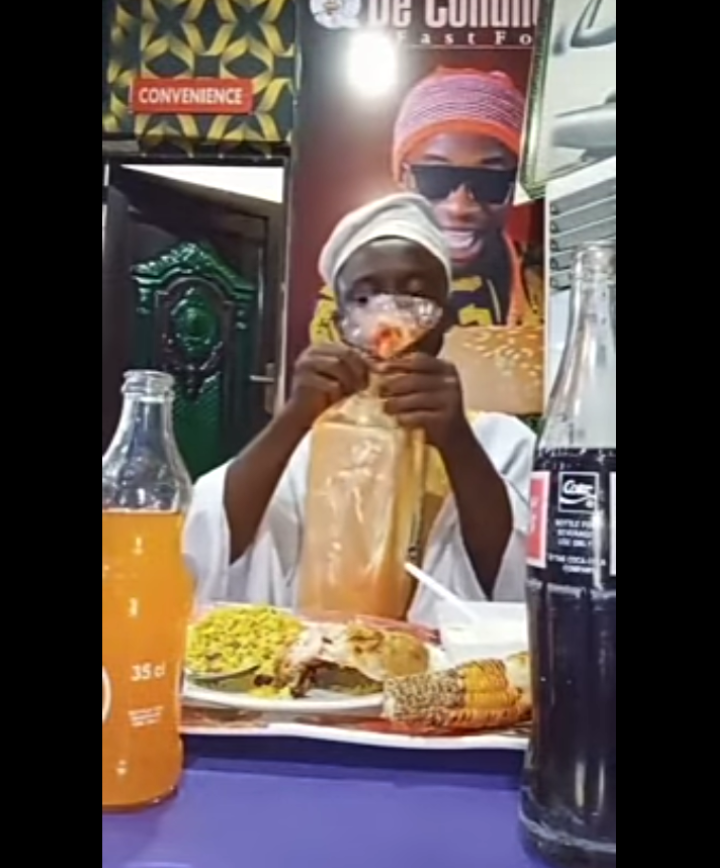 After that, he brought out Fanta, coke and beer, and proceeded to ingest them one after the other in that order. 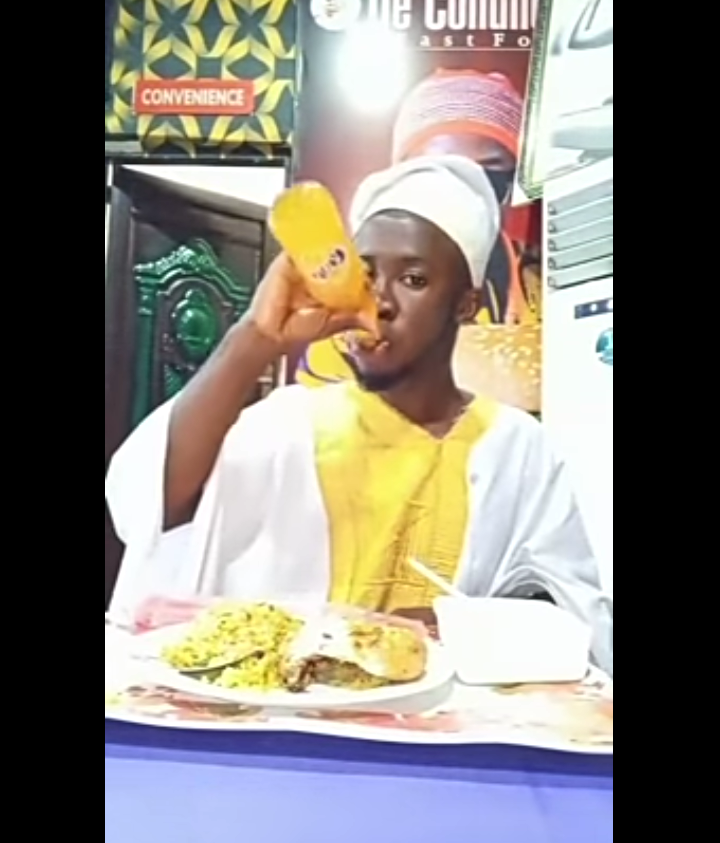 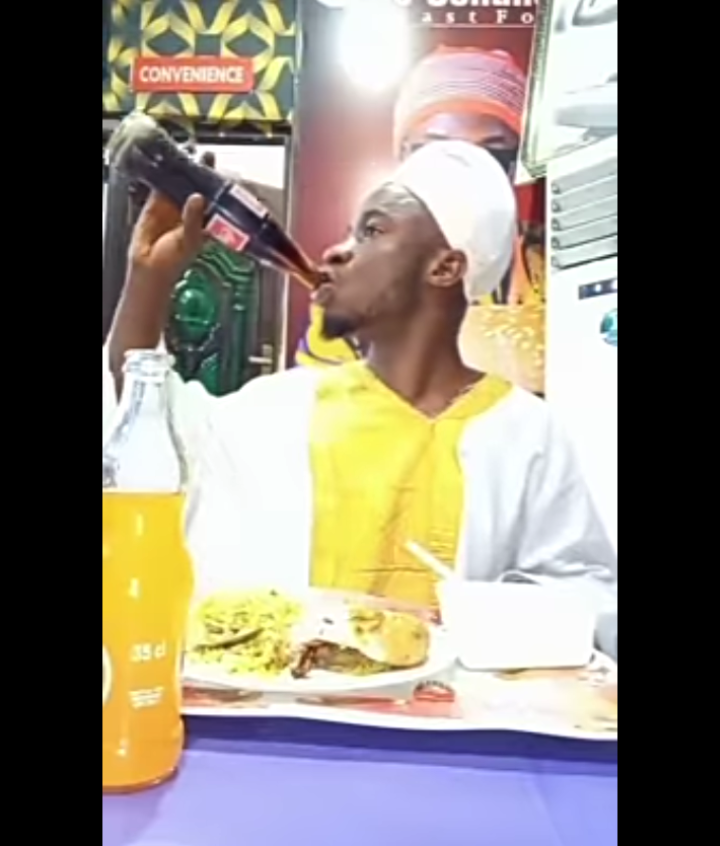 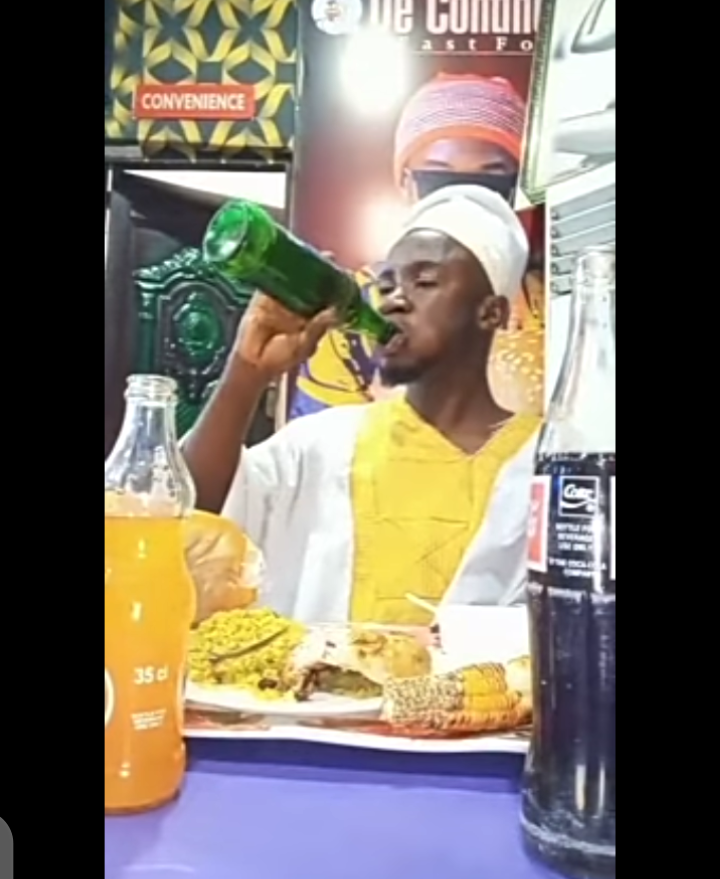 But instead of getting praises for his ability because not everybody can take such a combination, many users criticized his act through their hilarious comments. Check out below some of there hilarious reactions. 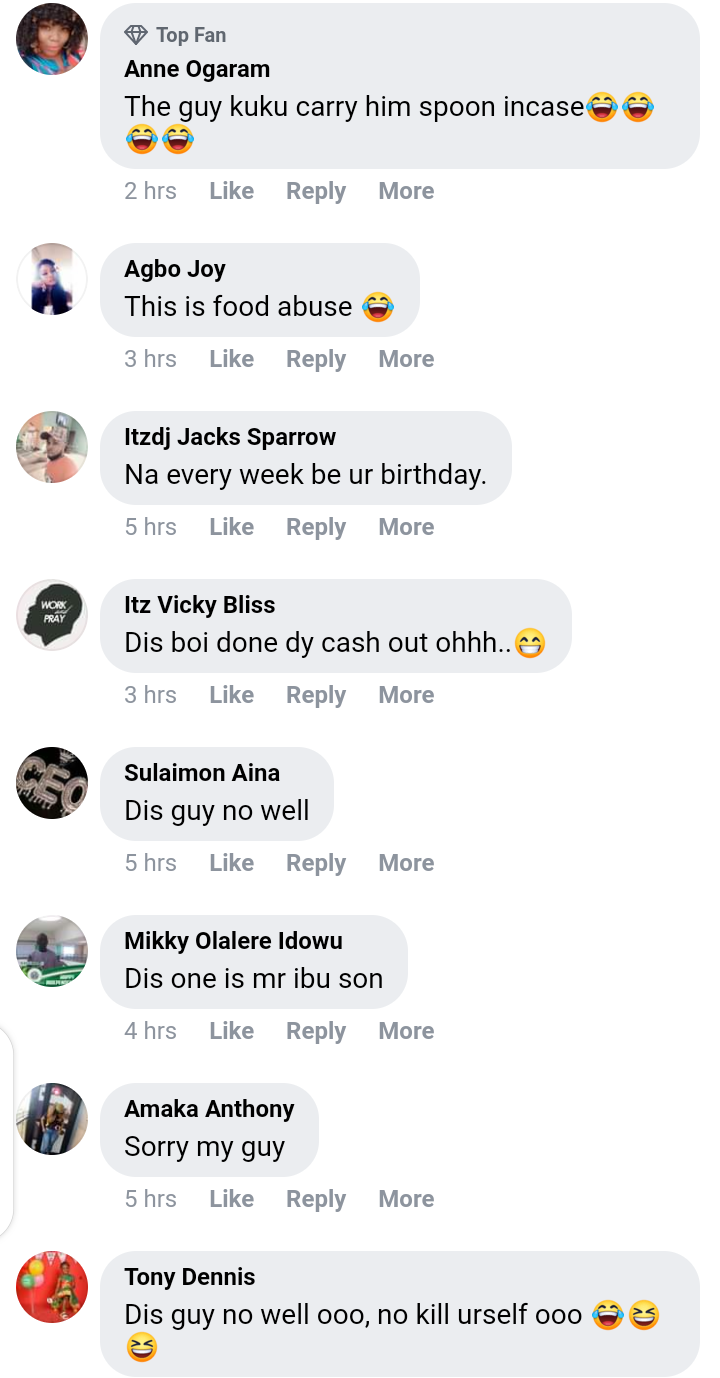 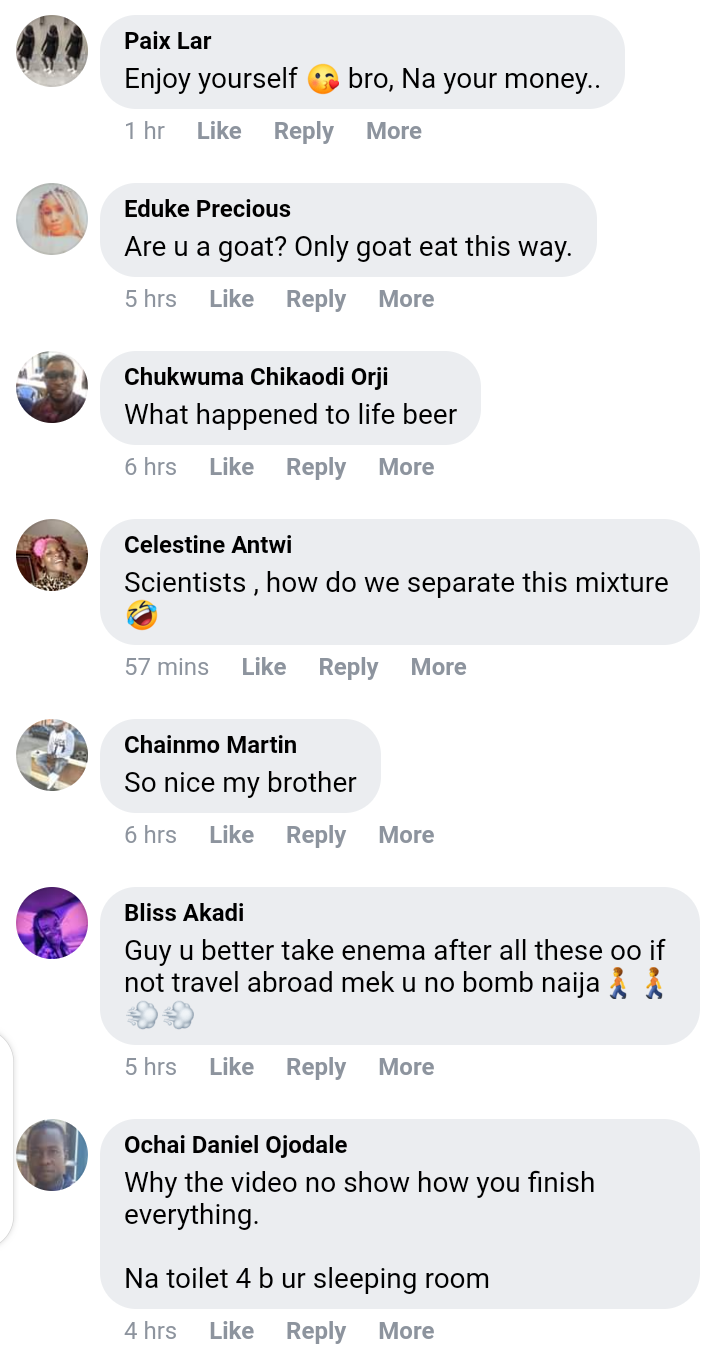 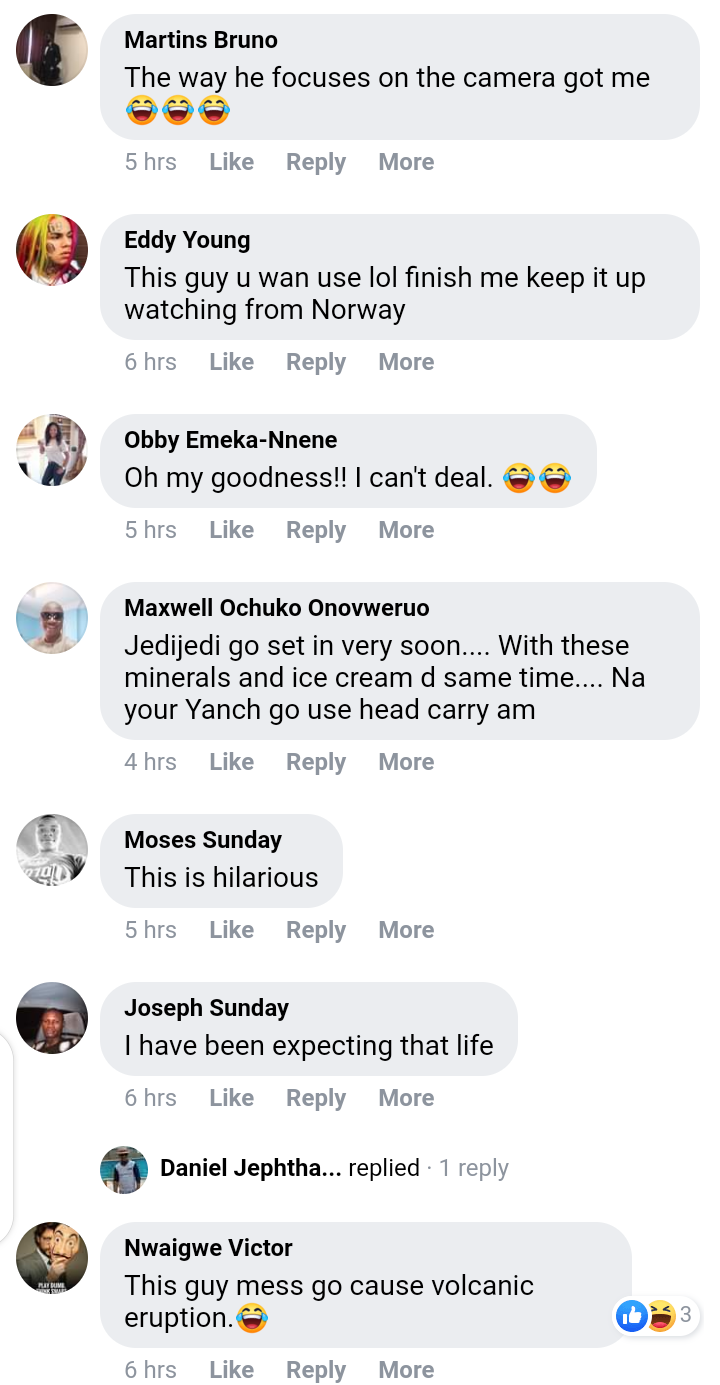 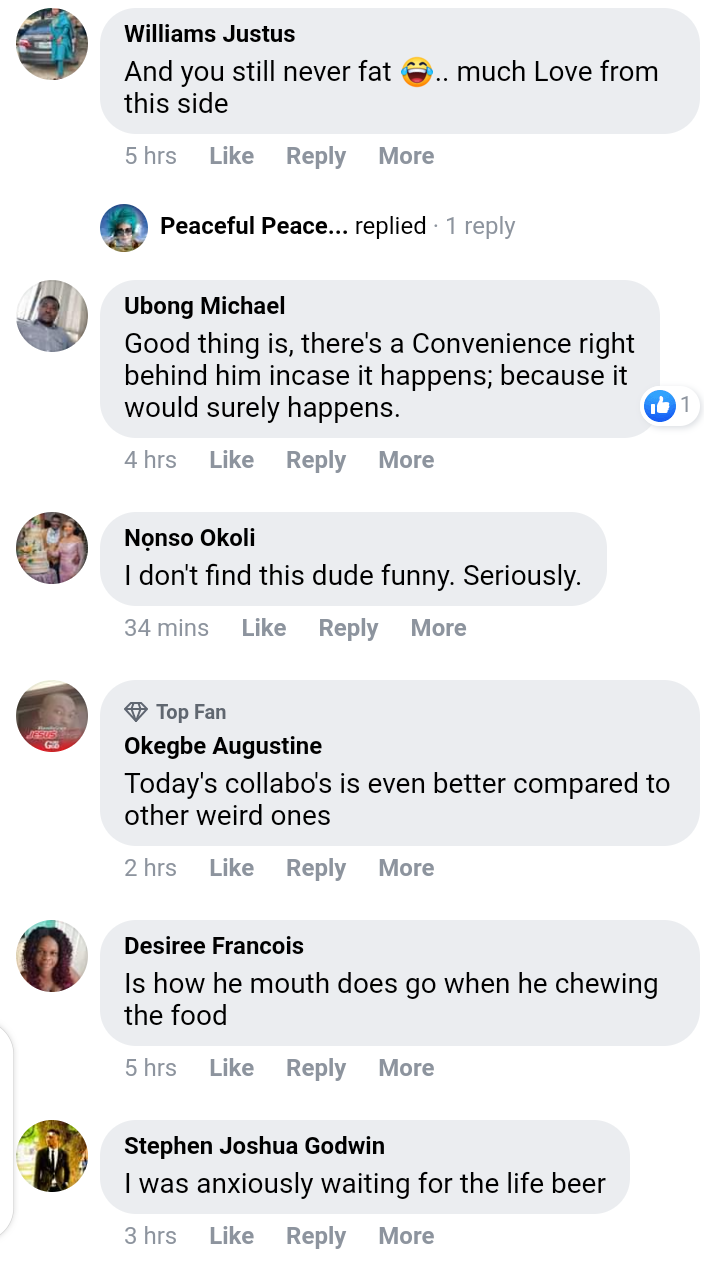 Watch how He consumed the weird food combination below. Question: will you describe the action of this young man as 'unique ability'?

What advice do you have for this young man?