Popular foods that can kill 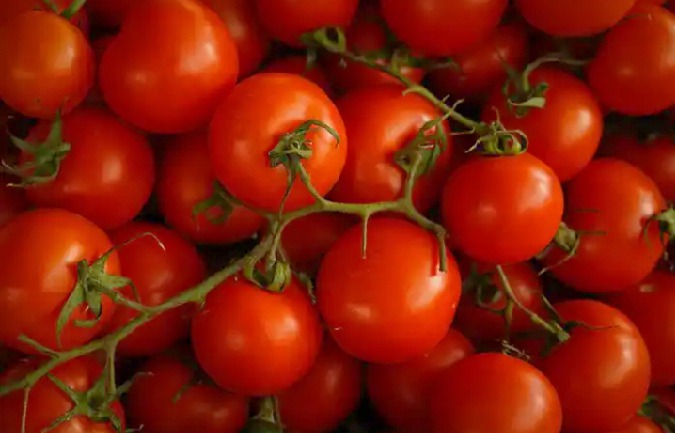 Tomatoes contains a poison called "Glycoalkaloid" in its leaves, which is known for causing upset stomachs severe cramping, and anxiety. so whenever you are grinding your tomatoes be careful of removing the leaves. A lot of people are allergic to peanut but if mistakenly ingested If left untreated it causes anaphylax which causes shock and can make you unconscious and can lead to death .

A guy named paul Wilson suffered it and die in January 2014. Hotdog is one of the leading snacks in USA but as sweet as it is, the ballpark is the leading cause of choke related issues among children under three.

So please watch your children when eating them. Most of the people out there have nutmeg in their cabinet which is mostly used in baking.

Nutmeg causes hallucination if large amount is ingested, it also causes convulsion and can lead to psychotic symptoms like disorientation . The green parts of Potatoes contains a poison called solanine, which causes serious illness if eaten too much. Chilli pepper(Shombo like the yoruba calls it)contain a chemical called capsaicin which makes then spicy and if consumed too much it causes the lung to constrict.

Be careful when using it to cook especially the Yoruba's. Margarine are high in hydrogenated oils which kind trans fats means means too much intake of margarine increases heart disease and cancer. Food processing is becoming a normal things around the world now but according to National Cancer Institute meat containing nitrites have been heavily linked to cancer.

Know the type of processed food to buy.

One of the most eaten food in Nigeria.

The leave and root contains cyanide and with two of roots can cause a fatal disease.

So peel carefully before cooking. Apple most commonly known for having cyanide seed and some other fruits.

Large dose of cyanide seed can lead to blood pressure kidney failure and even death. We can say Almond seed contain a lot of health benefits.

But as the same time poisonous but they are also full of cyanide.

They need to gos through some special heat treatment to remove the toxic.

So be careful where you buy yours from. Cashew shell are made of anacardic acid which burns skin and causes stomach cache.

So cashew must be boiled thoroughly if not it can cause rashes and if consumed too much it can lead to death. Honey is found in most homes, with a lot of people buying the ones that are not property pasteurized well which can lead to headache vomiting and if too much consumed it could be dangerous cause they contain some toxic called pyrrolizidine alkaloids.

What do guys think?

U guys learnt something new so please Kindly like,comment and share.

Content created and supplied by: Tunz11 (via Opera News )