Coca cola is not only for drinking, see 10 amazing things you can do with Coke and 5 facts about it

Coca cola is the first and most popular soft drink in the world. Among other soft drinks, the drink, also known as coke is known for its fizzy quality and unique dark color. This drink is a very popular refreshment at celebrations and parties and there is no party you'll go without them serving coke or any other cola soft drink as refreshments. This drink can be combined with any dish of your choice or snacks and still be refreshing.

People know Coca cola for its use as a refreshing soft drink but they are not aware that it has a lot of other uses that are really surprising. Next time you pop open the fizzy drink, consider these 10 other amazing and useful uses you can put the drink to:

1. Clean up rust and loosen rusty bolts and screws: 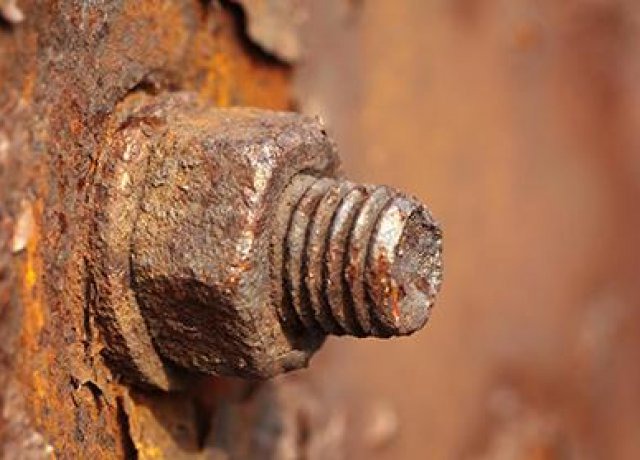 Coca cola contains some amount of phosphoric acid which can help to remove rust from objects. Next time you're trying to unscrew a stubborn nut or bolt that is proving difficult due to rust, you can just apply some amount of coke to the nut to and leave it for some time to help it break down the rust. Then you'll hit the nut to loosen it up a bit and try again to see amazing results.

2. It can be used as a toilet cleaner: 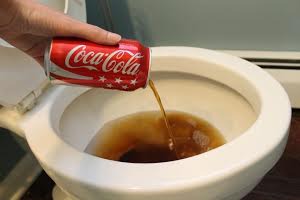 Coca cola or any other cola drink can be used as an effective toilet cleaner. The acids found in the drink help to break down and clear up stains in the toilet as well as a regular toilet cleaner.

3. It can get rid of blood and grease stains on your clothes: 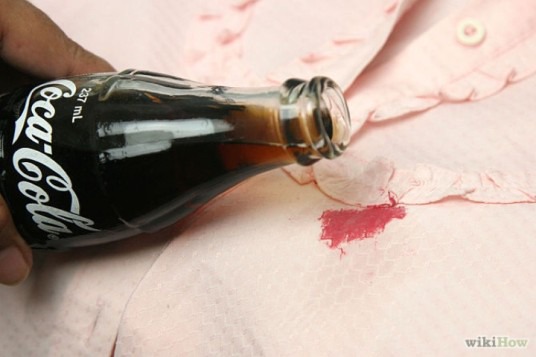 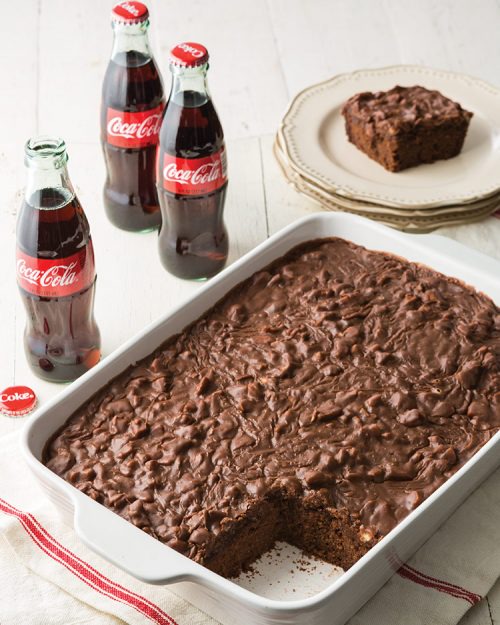 Not only can coca cola be used as a refreshing drink to wash down snacks, it is also used to make the Coke cake. This cake applies coca cola as a major ingredient and its recipe can be found by searching on Google. We can all imagine how a cake that has coca cola inside will taste.

5. It can clean windows, mirrors and glasses: 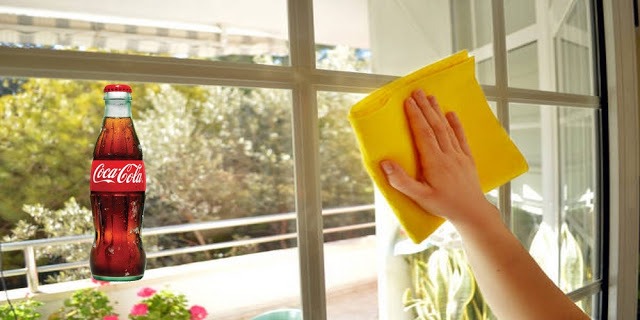 Coca cola is effective in cleaning any kind of glass because it contains citric acid. It can be used to clean your eyeglasses by pouring coke over the glasses then cleaning with water and drying with a soft cloth. If you put it in a spray bottle, you can spray it on you window or mirrors then wipe with a rag and warm water so the glass won't be sticky. 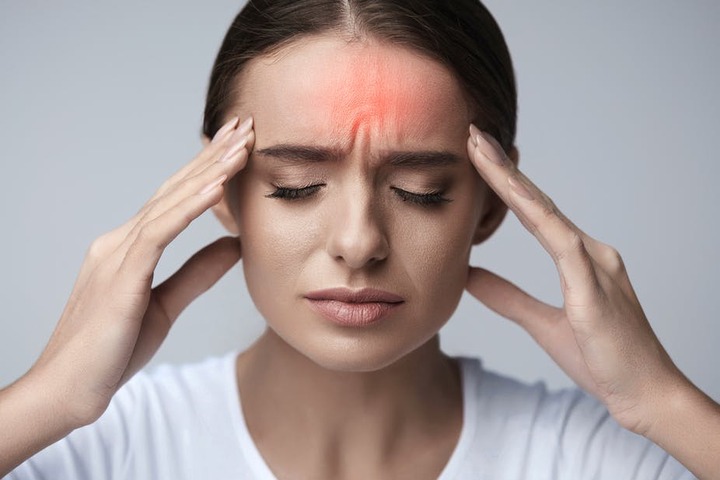 When coke came out newly, it was marketed as a medicine so it has medicinal properties. The caffeine in the coca cola will help with a headache by reducing inflammation and help pain relieving drugs like aspirin, ibuprofen and acetaminophen to work faster, but that doesn't mean you should consume it in excess.

7. In some places it helps with pest control: 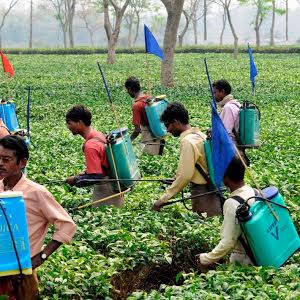 According to a 2004 article by BBC news, Indian farmers used soft drinks like coke as pesticides because they were cheaper than pesticides. The sweet syrupy taste of coke and other soft drinks attract ants which then feed on the lavra of pests that kill the crops.

8. Remove burnt food from the bottom of your pot or pans: 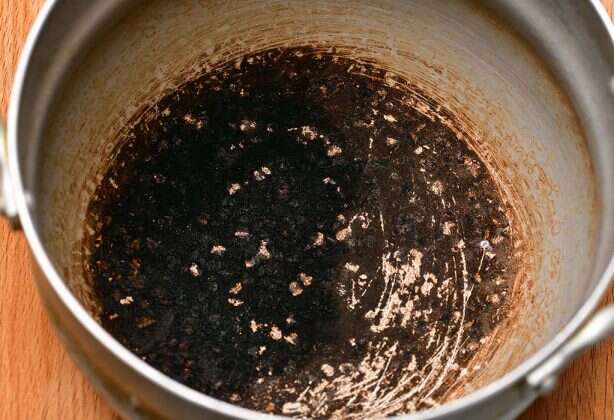 Bottom Pot Blessings which simply means food stuck at the bottom of the pot are usually sweeter than the rest of the meal because that's where all the spices are but while its good on the taste buds, it is very difficult to scrape off the remains from the bottom of the pot. Coke can also help with that, pouring coke into the bottom of the pan and letting it soak for a while will loosen the food then after some time, you can now scrub it away with a sponge and wash with water to get a clean pot.

9. It is used to tenderize meat: 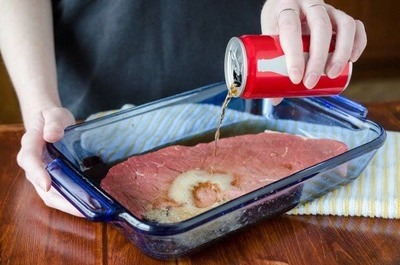 Coke can be used to tenderize meat chunks to make the meat softer and easier to chew. You can tenderize your meat by marinading it for 30 minutes or more in coca cola. The acidity of the coke will help soften the meat and make it easier to chew and digest. 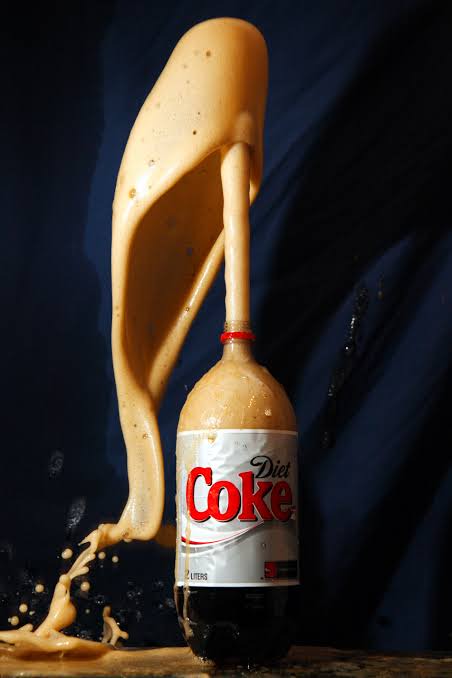 And lastly, just for fun, with the help of a bottle of coke or any carbonated drink and mentos sweet, you can make a drink fountain. All the you need to do is get a pack of mentos, remove all the sweets and roll them all in a cardboard in a way that they can all be released into the bottle of coke at once. Once you open the bottle and drop them all in, run away if not you'll be sprayed by the sticky drink which will now be shooting out of the bottle in a continuous fountain.

These are just some of the useful things things that can be done with coke or any cola drink you can get your hands on if you're willing to experiment.

And also you shouldn't drink coke again If you don't know these 5 basic facts about coca cola: 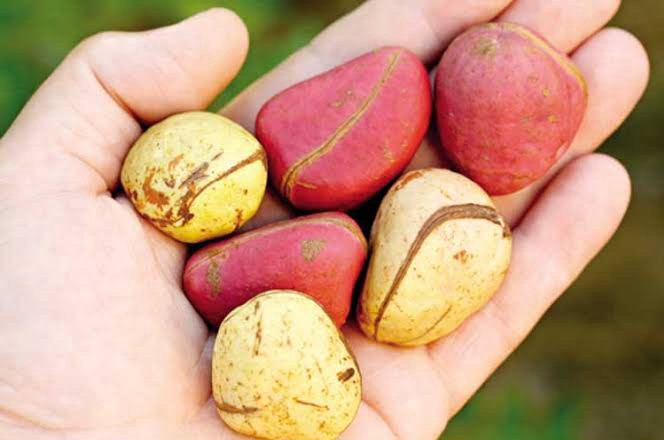 - coca cola's original ingredients included Kola Nut and coca leaves. That's how it got its name, from the combination of coca and Kola. 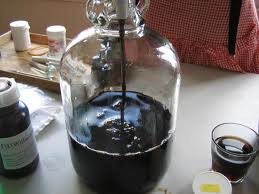 - The coca cola company doesn't produce the whole drink, it just produces the concentrate. The concentrate is then sold to licensed coca cola bottlers from around the world. These bottling companies then add filtered water and sweeteners (sugar) to the concentrate and then produce the final product in cans and bottles. They also sell, distribute and merchandise coca cola to retail stores.

- have you ever wondered why the drink is called mineral? Coke and other soft drinks are called minerals because the earliest carbonated drinks were made from mineral water. They were sold as medicine by pharmacists and were considered very healthy. 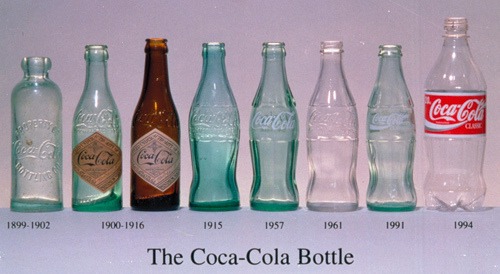 - this is the original shape of the first coca cola bottle(far left). The bottle design then evolved to give use the unique and familiar shape we all know.

- Coca cola was first marketed as a nerve tonic that relieves exhaustion in an advert that was first published in 1886 around the time of its original launch.