5 Best Editors Choice Games for Android (No: 2 is a very cool game)

By Genebext (self media writer) | 2 years ago

In this article, I sorted out the list of the most popular editor’s choices game for android. Let’s get started 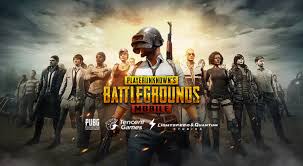 PUBG MOBILE is one of the most popular game in the whole world. almost this game is played by everyone who loves to play the game. This game is developed by Tencent Gaming and powered by the Unreal Engine 4. In this game, you have to survive from other player and last man stand win this game. PUBG MOBILE is an online multiplayer game. Land in the massive large map, gear up and survive with other players. In PUBG MOBILE you have to survive with 100 Player battle match.

This game also has other modes have like 4v4 Team Deathmatch and Zombie modes which you can play Solo, Duo and Squad Garb you Weapon and kill them all.

In Arcade Mode it has War Match, Minimap and Other. PUBG MOBILE is free-to-play that’s why it is in best Editor’s Choice game list of Android grab your game on play store and enjoy. 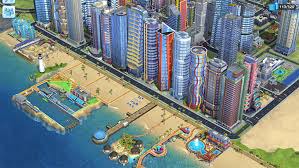 SimCity Buildit is the most popular simulation game by Electronic Arts. In this game, you are the Mayor of the city you to build your very own city and to make it more interesting and more intricate. Make your good choices to happy you citizen and grow up your reputation. You can build skyscrapers, parks, landmarks, factories, and much more! Place building to increase the population. Solve the issue and other challenges like fire, traffic, and pollution. Provide other services like the hospital police department and power plant.

you may also join clubs make a good team and to chat and trade with your fellow mayors out there for there both benefits. Complete real-time PVP Club wars battle with other opponent members team. SimCity Buildit is free-to-play that’s why it is in best Editor’s Choice game list of Android grab your game on play store and enjoy. Clash of Clans is a freemium mobile strategy video game developed and published by Finnish game developer Supercell. The game was released for iOS platforms on August 2, 2012, and on Google Play for Android on October 7, 2013.

Clash of Clash is one of the most popular strategy game developed by supercell for smartphones. Join the battle in millions of players in worldwide rise your village and make strong defensive base protect your resource by the attacker and make a strong defense to piss them off from your base. You have mine Elixir and Dark Elixir. You can also collect those from others by attacking them and loot it. In this game, it has also clan battle. In clan battle you have to fight with other groups of clans by wining it Rewarded will be equally divided to the clan members. There are many kinds of the troop with ability, it has spells and heroes upgrade them make unique strategy and fight with your opponent. It also has other events like friendly war special events and Friendly challenges. Clash of Clash is free-to-play that’s why it is in best Editor’s Choice game list of Android grab your game on play store and enjoy. Horizon Chase - World Tour is a racing video game developed and published by Brazilian company Aquiris Game Studio. It was released on August 20, 2015, for iOS and Android. A 3D game, it touts the fact that it has a unique retro aesthetic inspired by 2D, 16-bit titles. Its soundtrack has Nintendocore influences. 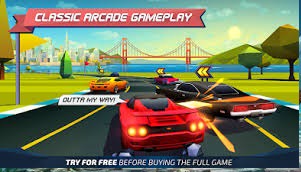 Horizon Chase – World Tour is the best racing game made by team Aquiris Game Studio S.A. For those people who love to play into retro arcade gaming which is like back in the 80’s and 90’s game world. This game has 16-bit graphics. Horizon Chase game consist 10 Cups, 40 Cities, 92 Tracks and 21 Unlockable Cars also upgrade it. Moreover, you can save your progress on Google Cloud. You also challenge your friends. Horizon Chase – World Tour is free-to-play that’s why it is in best Editor’s Choice game list of Android grab your game on play store and enjoy. Space marshals 2 also counted in the best editor’s choice game. If you like the active shooter or combat game then this game is made for you. This game is like a sci-fi wild adventure. This is action tactical combat taking cover to avoid attack use your weapons like a gun and other weapons like grenades, flashbangs, proximity mines, drones, gun turrets and attack the enemy.

It consists of 20 mission and have different story environment in Wild West style and have More than 70 kinds of weapons Dual stick controls with a set of different options which help to easily control the game. Content created and supplied by: Genebext (via Opera News )