By AllgistPost (self media writer) | 1 year ago 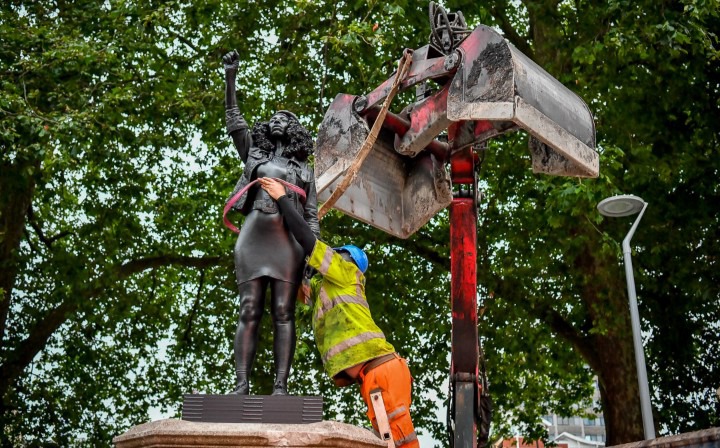 The statue, which featured black lives matters protester Jen Reid, which was used to replace the  statue of the famous slave-trader Edward Colston, lasted just 24 hours in Bristol after it was installed, before the city council removed it and took it to a museum.

We should not forget that black lives matters BLM was formed after George Floyd was brutally murdered by Minneapolis officer, US.

Although, the death of Floyd has as well created a lot of scene like protest , enlightenment campaigns against racism, even till date the results and impact of George Floyd is still a trending issue in the UK and the US.

It was also during BLM protest that, many slave trade status were pulled down and some were ever thrown into water including that the famous slave-trader master Edward Colston .

Edward Colston status that was replaced by statue of black lives matters Protester Jen Reid formed the basis of our discussion in this article.

Here is how the Jen Reid statue came into existence

Jen Reid truly had never marched out in a Black Lives Matter protest before. It was on June 7, she took to the streets of Bristol, England and climbed on the plate upon which Edward Colston statue was placed whose bronze statue had been pulled down and dumped in the city’s harbor by Black Lives Matters protesters.

It was in the evening of that same day Jen Reid again climbed up top of that same position she climbed earlier in the morning, and then this time, her form appeared more like that of resin-and-steel sculpture. Meanwhile, Marc Quinn who is a famous British sculpture saw the posture of Reid and a sense of an opportunity for an act of guerrilla art came to him. He took Jen Reid picture, contacted her about the project and decided to go and create statue of her to replace that of Edward Colston.

Well, Marc Quinn did an excellent work as you can see below, with few days he was able create another statue. 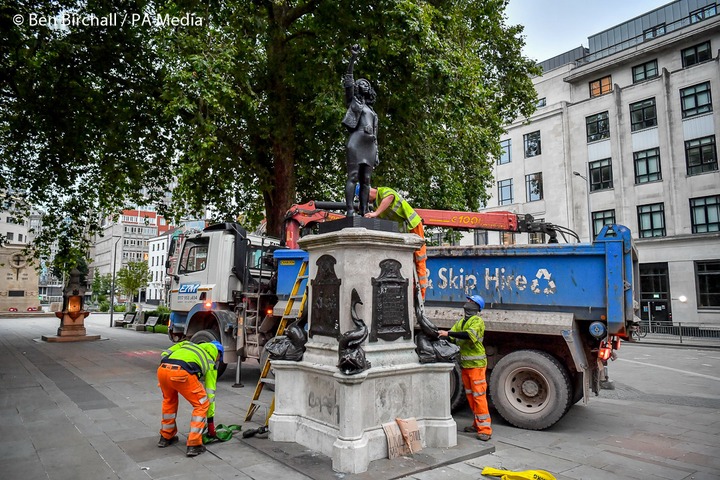 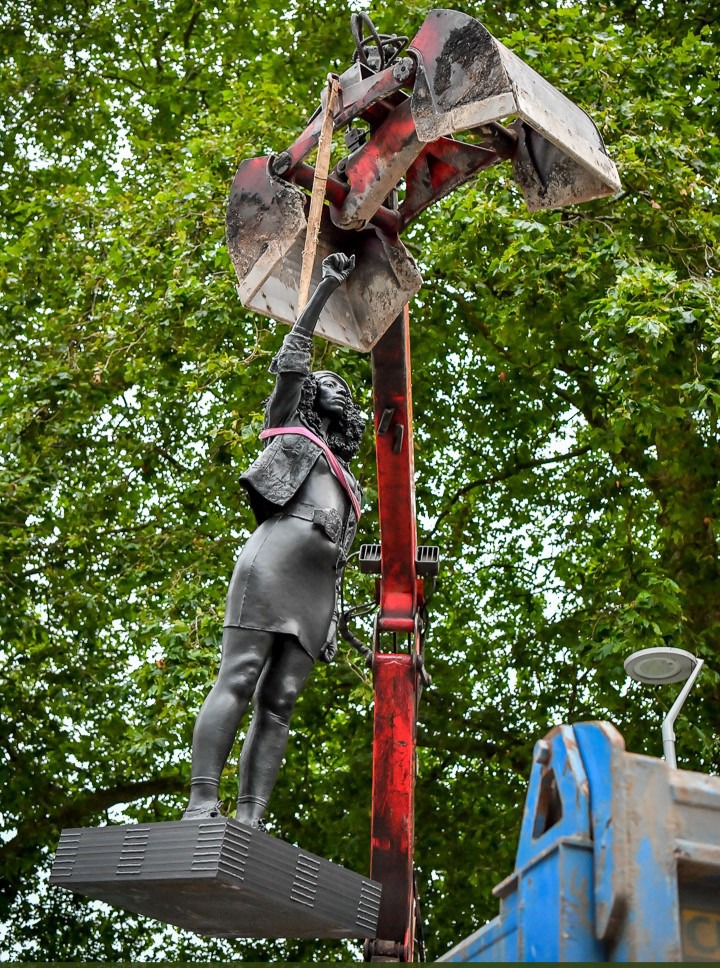 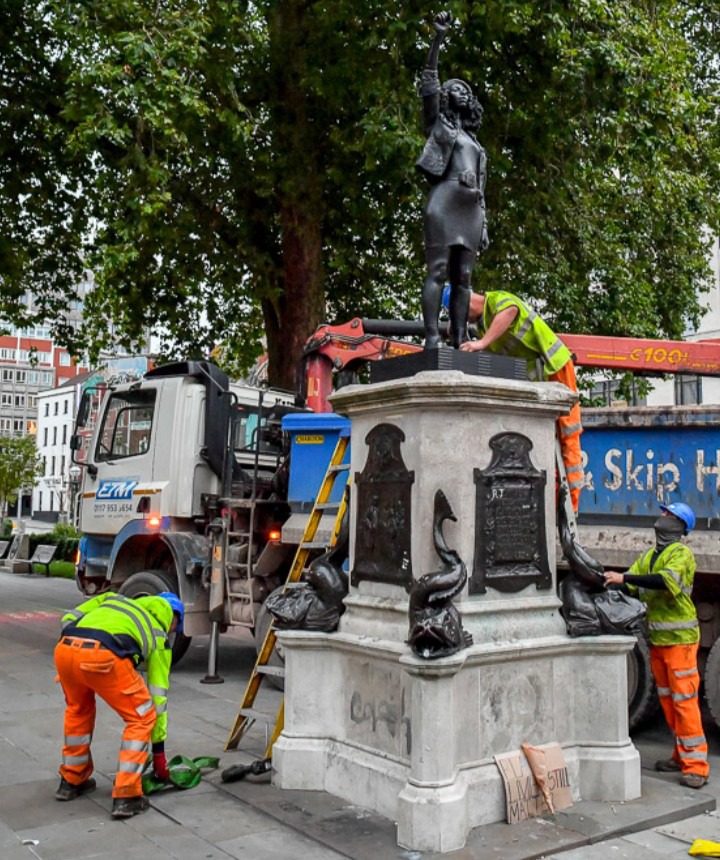 Working with a team of 10 people, Mr. Quinn swiftly erected the piece without the approval of city authorities. This was exactly where the got it all wrong. Bristol is a great City in England under the leadership of the City Mayor, Mavis Rees . 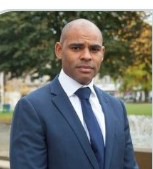 At such a sensitive activities like that of replacing Edward Colston statue with another one , without obtaining an authoritative permission from the City Mayor is not only condemnable , but also an act of negligence and disrespect to the City Mayor

Meanwhile, the mayor have as well came to clear the air and give reasons why the statue was removed.

In his statement he said that the statue was removed because it was installed without permission.

Read the full statement of the Bristol Mayor Mavis Rees below.

Marvin Rees, Mayor of Bristol said: “My relentless commitment is to build a city for all Bristolians, with all our differences.

“To this end, the future of the plinth and what is installed on it must be decided by the people of Bristol. This will be critical to building a city that is home to those who are elated at the statue being pulled down, those who sympathise with its removal but are dismayed at how it happened and those who feel that in its removal, they’ve lost a piece of the Bristol they know and therefore themselves.

“We need change. In leading that change we have to find a pace that brings people with us. There is an African proverb that says if you want to go fast, go alone, if you want to go far, go together. Our challenge is to take the city far. The art of building our city will be finding a way to live with our difference so that even where people do not get what they want, they know they live in a city that is their one and respects them.

“The sculpture that has been installed today was the work and decision of a London based artist. It was not requested and permission was not given for it to be installed.

“We have set out a process to manage our journey. We have established a history commission which will help us tell our full city history. As we learn this fuller history including the part played by black people, women, the working class, trade unions, and children among others, we will be in a better position to understand who we are, how we got here and who we wish to honour. Crucial to our heritage has been the harbour and the docks, manufacturing and industry, research and innovation, transport, slum clearances, housing, modern gentrification and faith. As the commission shares this information, the city will decide on city memorials and the future of the plinth.”

Indeed , what Marc Quinn did was totally wrong, although he did an excellent job, but acted foolishly for not obtaining permission before installing the new statue.

Well, has been removed and dumped in the museum. Although, it has well generated a lots controversial comments on Twitter as you can see from the screenshot below.

The City Mayor came out Clear to defend his actions in the tweet. 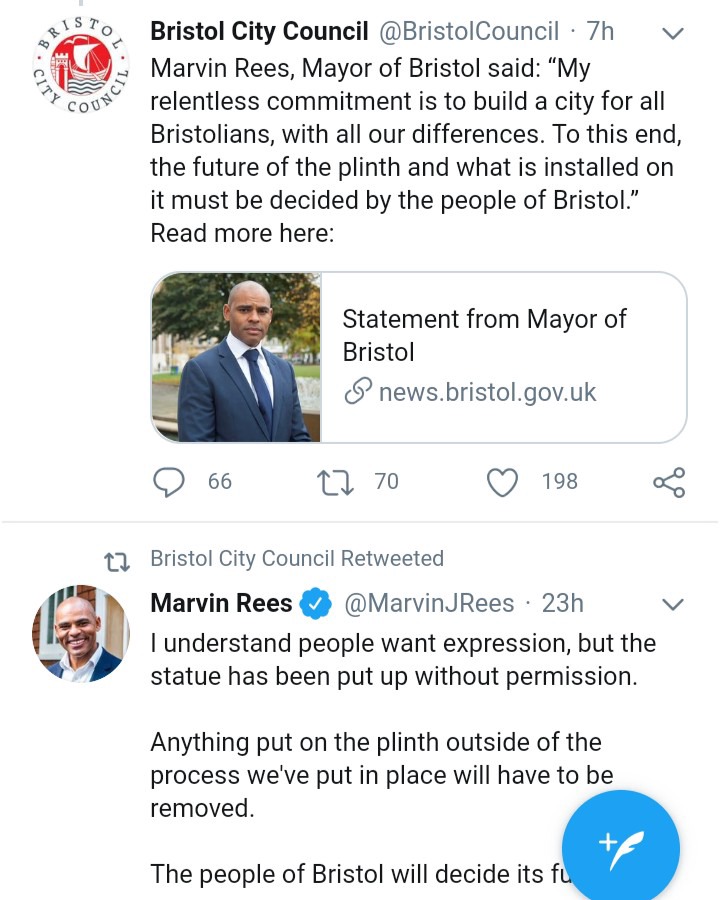 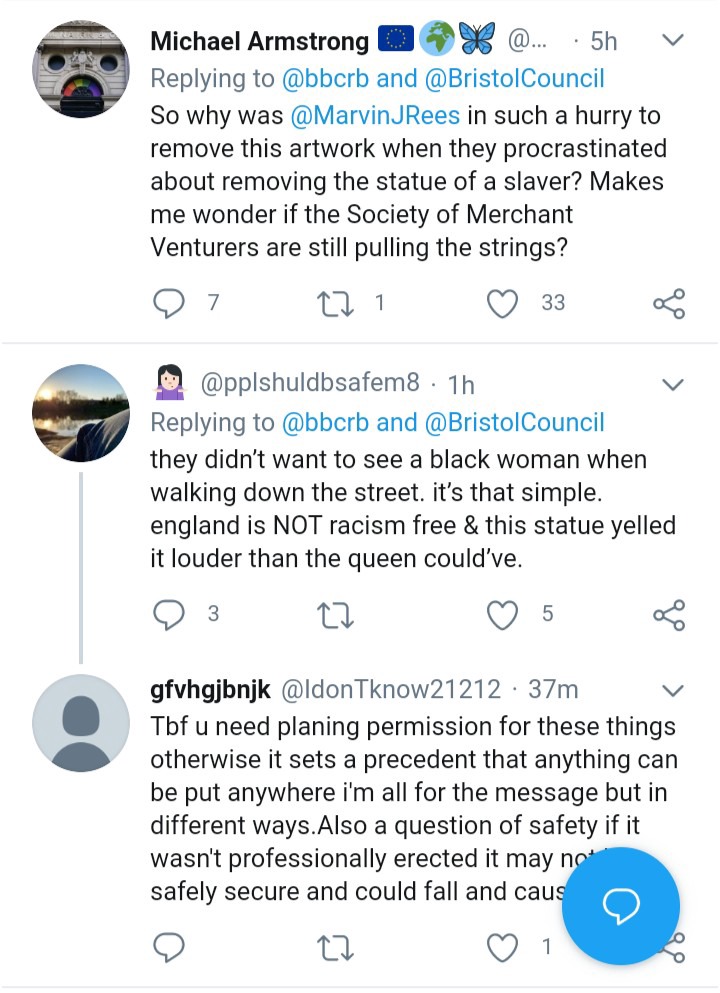 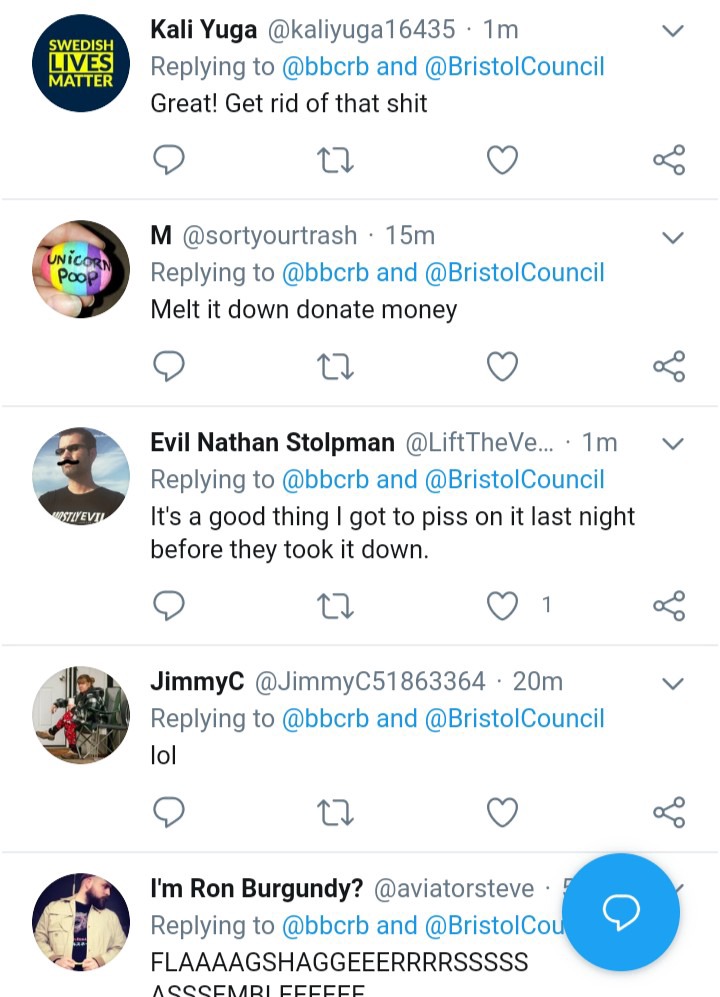 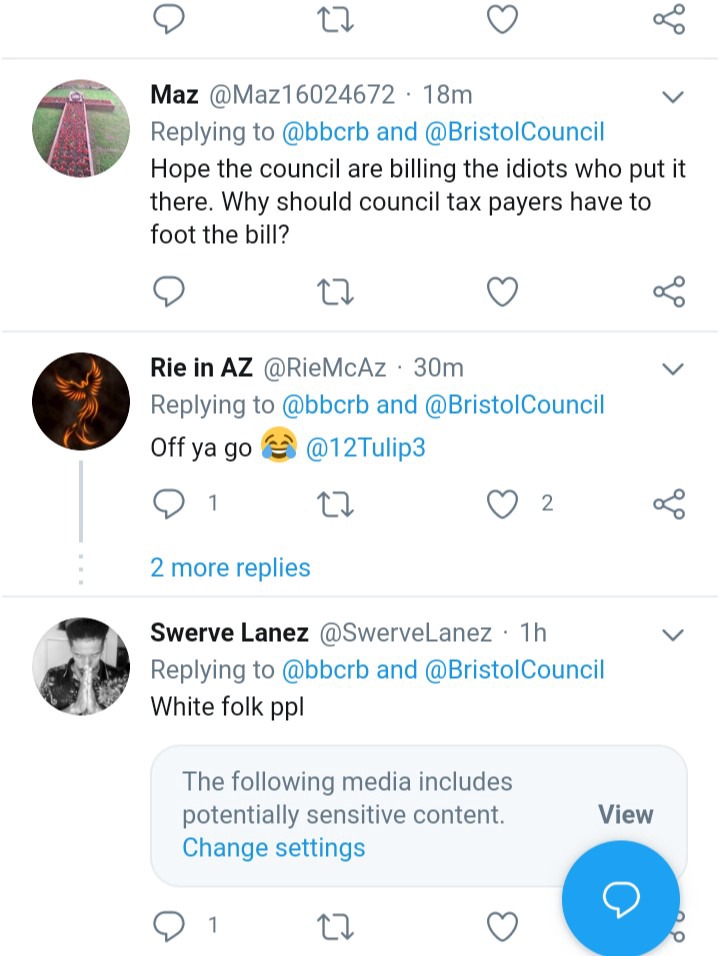 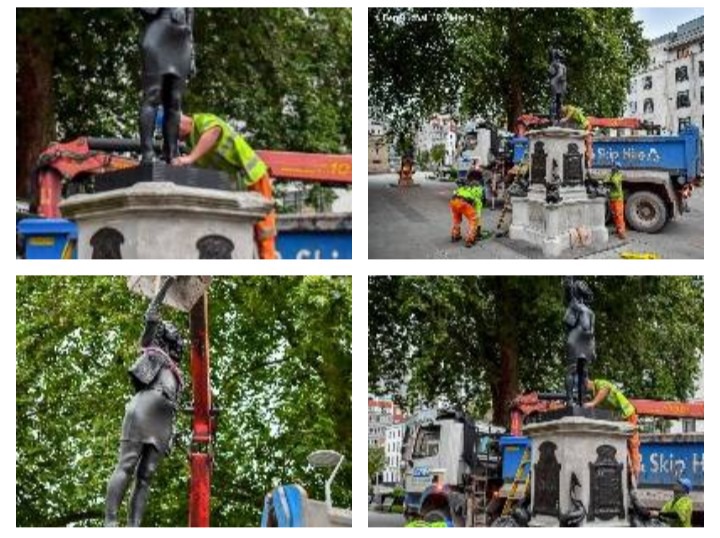 Please let me know your views concerning the action taken by the City Mayor.

Is he right or wrong ? Let have your comments.

3 Unexpected Players That Could Start For Chelsea Against Brentford

"If I'm Lying, Natasha Akpoti & Those Sponsoring Her Should Go Ahead & Expose Me" - Reno Omokri

PHOTOS: Two Nigerian Men Who Got Married to American Women They Met On Instagram

Can APC Defeat APGA In The Anambra State Governorship Elections?