The board game DRAFT

By diaryofamisfit (self media writer) | 1 year ago 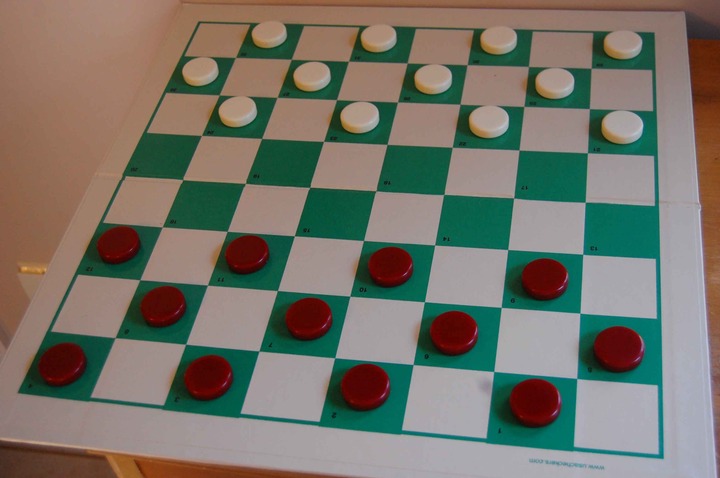 Recently I got interested in the board game draft and how it works; I started learning how to play the game and rules governing the game. Although the game is played by mostly old people, the game is fascinating. It is fascinating because the game is almost the same as how real life works. The game is a game of two players and each player have only one move and can move only a piece a pace at a time except if any of the players crown any of his piece buy getting to the his opponents corner. The crowned piece is the only piece that can move to any direction and at any pace but still one move, or when an opponent kills more than one piece of the other opponent piece amazing right. The aim of the game is to eliminate your opponents’ pieces till there no piece remaining. Now for a player to win the game the play has to use his mind critically because every move the player makes counts, every move can beneficial or disastrous. While a player is busy thinking of how to set a trap for his opponent, the opponent might have already set his own or figured out what the other player is trying to do and use it to his advantage.

Using the idea the of the draft game in real life might not make sense but I discovered most people live their lives as if it’s a game they must win and in my candid opinion they are right. This life one big board game and everybody make moves in order to win. Every move is a calculated effort to a crown a king, though some has already crowned theirs others are looking for a way to destroy kings or at least overthrow them. Mean while there are others who might have more than one king. I believe we are all exposed to equal moves so the moves you make determine if you will crown a king and win in life and fail. I also realized that you might not even need a king to win the game and also while playing the game you must make sure to avoid mistakes because one wrong move might cost you the game. The king is a an important piece but if you are not careful it can be killed before its even start its reign.

One thing I have learnt in the game of draft is to be careful the kind of sacrifice I make, know when to attack or play defense, when the opponent is weak and what to do at that time.

Content created and supplied by: diaryofamisfit (via Opera News )

4 Ingredients You Should Avoid Putting On Your Face For Smooth and Soft Skin.