See How Much The Husband and Wife Who created Tempel Run Have Made.

Love manifests itself in many ways. For Keith Shepherd, it was evident when his then-friend Natalia Luckyanova beat him in Mario Kart.Now married, the couple still have video games at the heart of their relationship. In fact, it's a family business, and a booming one at that–thanks in part to the current surge in the mobile gaming industry.

Shepherd and Luckyanova are the founders of Imangi Studios, the developer behind the addictive mobile game Temple Run. The game—in which users play a thief running through a hidden temple—has captured the attention (and thumbs) of millions worldwide. “One day, I was on the Metro in D.C., and I saw two girls in front of me playing Temple Run and passing the phone back and forth,” Shepherd says. “It’s completely mind-blowing.”Temple Run, which is available for Android and iOS devices, is free to download and gives users the option to buy virtual coins that can be redeemed for in-game upgrades, including invisibility. Since it debuted last August, the game has been downloaded more than 70 million times. The Android version, launched in April, already has been downloaded more than 15 million times. All told, Temple Run has generated more than $1 million in sales, Shepherd says. The game’s overwhelming success was unexpected, according to Shepherd, who created it with his wife in their one-bedroom apartment in Washington, D.C. (Or, as Luckyanova jokingly refers to it, “Imangi Studios's world headquarters.”)

The most popular mobile games—Omgpop’s Draw Something and Rovio’s Angry Birds, for example—tend to have bright colors and a cheery theme, Shepherd explains. Temple Run, however, uses dark colors and has a more menacing premise. In the game, a red-haired thief has stolen an idol from a temple and is being chased by a hungry pack of animals. Players must swipe up, down, left, or right and tilt their smartphone or tablet to avoid obstacles and keep the thief from falling into the water below.

“We really wanted to make a game that we wanted to play and looked how we wanted it to look,” Shepherd says.Rocky Start

At first, it seemed like that approach might not pay off. Although Temple Run, which then cost 99 cents to download, received overwhelmingly positive reviews immediately after launch, the number of new users began to trail off after two weeks.

A month after its debut, Shepherd switched to a "freemium" pricing model, allowing users to download a basic version for free and pay for enhancements. The game quickly vaulted to No. 2 on Apple’s App Store list of free apps and was downloaded some 200,000 times a day at its height.

Only 1% of Temple Run players purchase in-game upgrades, Shepherd says. But with more than 70 million users, that translates into 700,000 paying customers. Temple Run was one of the highest-grossing games in the App Store in January, according to Apple. Temple Run has become so popular, many assume a large development team created it, Shepherd says. This isn’t the first time Imangi has been mistaken for a larger company. When it launched its sixth title, Harbor Master, in 2009, the game quickly became the third-ranked paid app in Apple’s App Store. At its peak, the game, which challenges users to control boat traffic, was downloaded 10,000 times a day. That’s when Luckyanova began receiving email requests to speak with the company’s director of marketing.First Love, Then Marriage, Then a Game

Luckyanova and Shepherd became friends in 2003, when they were both working for Vecna Technologies, a health care software developer in Washington, D.C. They started dating a year later, after Luckyanova left to pursue a master’s degree in computer science at Boston University, and married in 2007.

Shepherd launched Imangi in 2008, and Luckyanova joined the company after it turned a profit about a year later, generating $40,000 in revenue. The couple have lived and worked together ever since. “It’s awesome to be able to share this aspect of our lives,” Shepherd says. “And I think our skills complement one another very well.”In order to develop more advanced games, Imangi placed greater emphasis on graphics, using freelancers before hiring Kiril Tchangov to work remotely as the company’s artist. Tchagnov designed Harbor Master, which is now available in free and $1.99 versions. Recently, Imangi hired Dimensional Branding Group to handle an influx of branding and licensing requests. Their first licensed product, a board game inspired by Temple Run, is due out later this year.Shepherd and Luckyanova still don’t have corporate offices, but they have expanded from a one-bedroom apartment to a house. Soon, a third person will join them in the home office: They are expecting their first child in June. 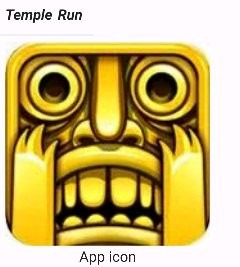