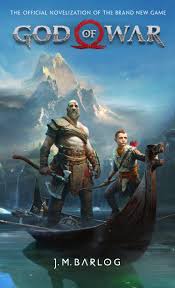 God of war is a very popular console game made by SONY entertainment and it has been around since 2005. Varieties of it can be played on PS2(God of war 1&2), PS3(God of war 3),PS4(God of war 5) and also the 5th version on PlayStation 5. The god of war franchise is full of thrilling adventure and interesting moments,there are also some movie like clips when some particular task has been passed. 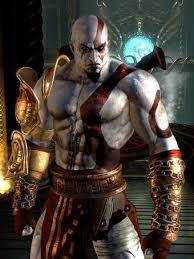 The main protagonist is Kratos which is guided towards his quest by the players. God of war features many puzzling tasks and fight scenes. Some puzzles take players as much as 1 week to solve,other puzzles just seem impossible which often leave player's frustrated. Some challenges also included killing a number of enemies to go through the blocked door which may be difficult a times 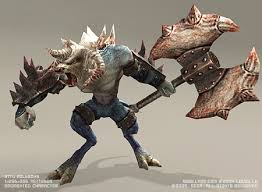 Minotaurs are human like Bulls which are heavily built and are about 8 feet tall. They usually Carry a big hammer which they use to smash Kratos. There are different varieties and they grow stronger as one progresses throughout the game. Kratos can kill those minotaurs by thrusting a sword through thier mouth 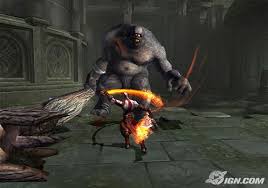 Cyclops are huge giants which are first encountered in "Athens town square" in God of war 1,they have a single eye in thier forehead and carry varieties of weapons ranging from giants clubs and spinning gauntlet fist. Majority of the Cyclopes use huge clubs Harpies are bat like creatures with some form of fire in thier eyes, these kind of enemies are weak but can be annoying in large quantities. in addition of biting and squashing Kratos with their fangs,they cab also perform dive bombs 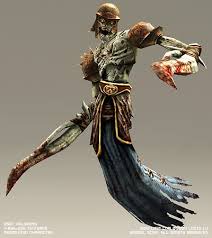 Wraiths have scary appearances and always give Kratos hell of challenges,they spin vigorously inflicting damage, they can also go underground and resurface just behind or in front of Kratos to inflict damage,thier waist terminates in clouds of dark smoke which they float These are the most skilled enemies in the game.They are giant humanoids goats which walk on thier hind legs,they wear strong armour and carry staffs with a blade at either end. They are very frustrating to deal with and will always block most attacks Kratos only encountered these enemies in the part of the Pandora temple meant to honor Hades the Lord of the Underworld. They are half human half horse with horns of thier heads. They wield swords,spears and sometimes bow and arrow which they shoot at Kratos as they circle him