Marvel: 5 DC Heroes Hela Could Defeat and 5 she would lose to

By Feroking (self media writer) | 1 year ago

Marvel villain Hela is an extremely powerful character. If she were pitted against DC heroes, who could beat her? 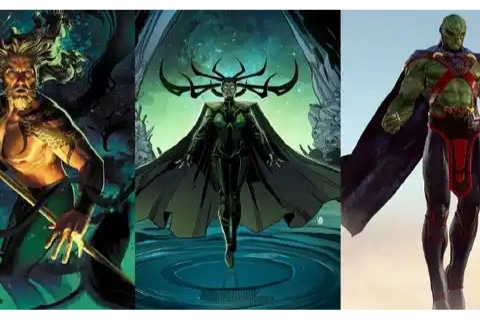 Following Cate Blanchette's terrific performance as the Goddess of Death in Thor: Ragnarok, even superhero fans who don't read comic books got to know her formidable powers. Hela is one of the strongest individuals on Asgard and In the Marvel universe as a whole. DC has some of the most legendary frictional heroes that are in possession of devastatingly dominant abilities.

If Hela attacked the justice league's earth and didn't run, which superheroes would be able to defeat her and which would fail? 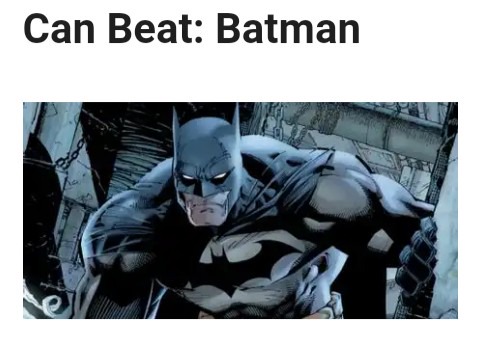 Legend has it that without her Cloak, Hela will be shackled to the realm of the dead forever. If Bruce Wayne somehow manages to deprive her of that Cloak and calls upon the services of a hero strong and fast enough to do it, he might very well play his part in the goddess of death's downfall. But if he is on his own, the Dark Knight's earthly body and technology will be swiftly destroyed by the villains god-level hits. 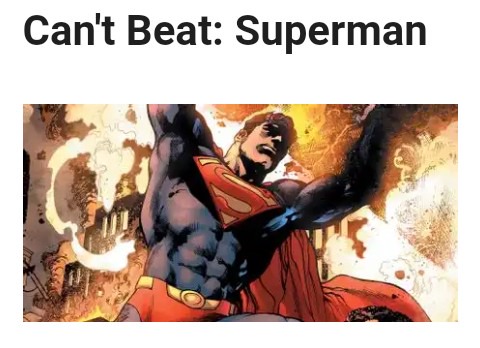 In a legendary confrontation which would leave the battlefield scorched by energy attacks and heat vision, the man of steel will emerge triumphant because of his superior speed. Hela is well known for being durable to all kinds of attack, including surviving bullets which means she can't evade them. Superman can catch a bullet, so against her, he will have the me for plenty of unchallenged crucial strikes. 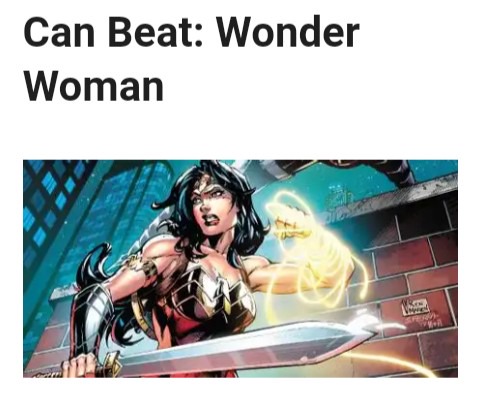 While both women are armed with devastating weapons, enhanced strength, endurance, speed, agility, regeneration and fighting skills,Diana prince lacks the Goddess of Death's magical powers. Wonder woman was temporarily a spellcaster and her powers were granted by a God, like Hela. The themysciran will be outgunned, though not before landing hits that the Asgardian would certainly remember forever. 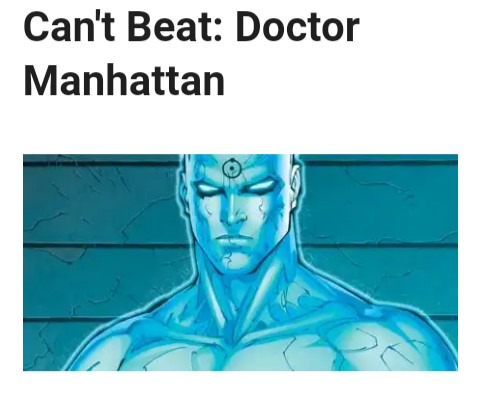 For all her daunting capabilities, Hela can't do a thing to a being capable of instant intangibility. What's worse for the Goddess Death is that if she doesn't run for the hills immediately, Doctor Manhattan will put a good use his molecular reconstruction or ability to instantly blow up individuals through energy blasts. Even fleeing might not help her since the watchman is always looking with one eye in the future. 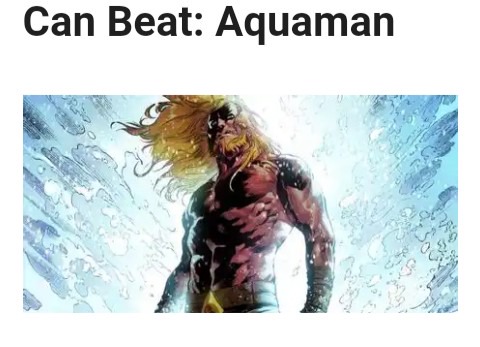 Aquaman is gifted with all the necessary abilities to stand his ground in a direct confrontation with Hela. Even as the king of Atlantis, with the entire sea-life under his command, he wouldn't be able to defeat or survive against the Goddess of Death. Her divine attacks hold power, which is sufficient to damage even the most durable physical creatures, but the Trident of Poseidon has no effect that can put her down. 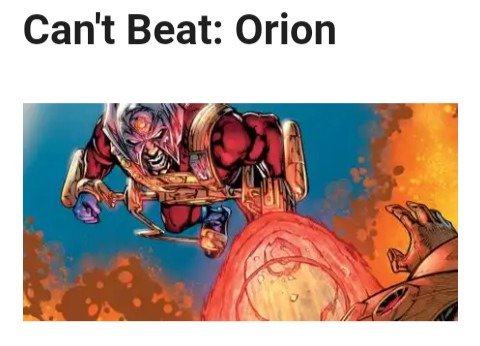 Orion would have no means to get the better of Hela if it wasn't for his most powerful tool- the Astro- Harness. Both warriors have similar superpowered stats as far as speed, agility, strength and self healing are concerned so the duel should be decided by their special powers. Hela's energy bolts can harm anyone, but the Astro- force is destructive to invulnerable beings and it doesn't have a known maximum limit. 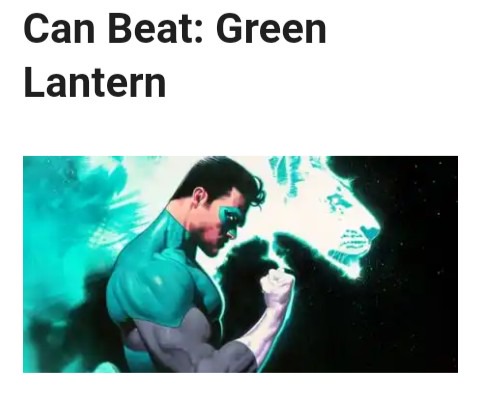 The power ring of Green Lantern can give sufficient protection and maybe even weapons that are capable of challenging and hurting Hela. Unfortunately, the Goddess of Death's superhuman movement, strength and millennia of battle experience is something none of the Lanterns were in possession of. They may hold weapons and shield on par with Hela's but they lack skills to fight her and survive. 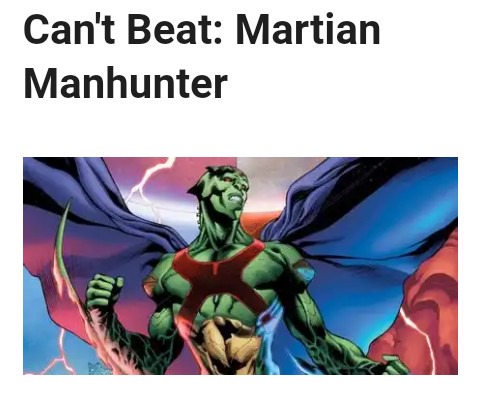 The likely conclusion of collision between the powers of Hela and Martian Manhunter would be a devastating stale mate that will scar the two beings for the remainder of their existence. That being said, the last survivor of Mar's abilities outnumber the Goddess of Death's. He is the DC universe's greatest telepath, so her mind will be constantly pressured. J'onn is also an intangible and invisible shape shifter. 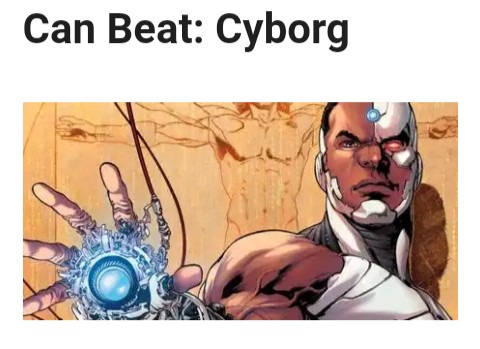 The cybernetic enhancements of Victor stone make him a master of technological alternations and applications. Hela's magical attacks, however, are capable of destroying any and all machines and unfortunately for cyborg, he is at least, half a machine himself. Furthermore, Stone is not in possession of weapons that are powerful enough to wound or kill the Asgardian Goddess of Death. 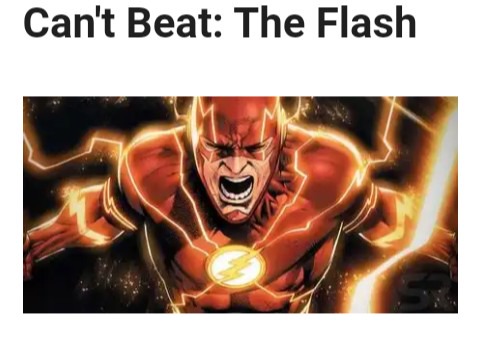 Hela's super speed allows her to move at around 115 miles per hour but even still, she might as well just be a normal human to Barry Allen. His unparalleled speed makes him invulnerable to her and the superhuman capability of the Goddess of Death, including her magical attacks, become worthless. Defenseless, she can be struck by the flash's lightning and his molecular acceleration blasts many times over.

Content created and supplied by: Feroking (via Opera News )