The only way abortion can limit your chances of getting pregnant, ladies should read this 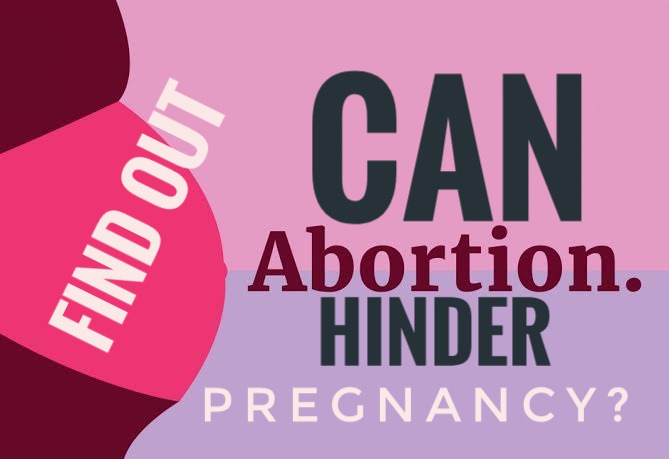 The doctors says abortion practiced under optimal medical conditions, is a procedure in which medical complications are uncommon, especially when the abortion is done within the first 12 weeks of pregnancy.

It is calculated that about 10% of all women having an abortion have a minor complication, while 0.6 to 0.9% suffer a major problem. A first concern of studies done on complication in abortion is the subsequent ability to become pregnant.

If there is an infection after the abortion, it can alter the tubes leading to the uterus (womb) and in so doing become a cause of infertility.

Modern antibiotics are however effective in preventing the spread of the infection so that subsequent sterility is considered a very unusual occurrence.

Woman's world doctor says there are two abortion- related problems which could be aggravated by repeated abortions.

Studies indicate a high rate of premature labour and of spontaneous abortion (miscarriage) in the middle months of subsequent pregnancy among women, who have had abortion. 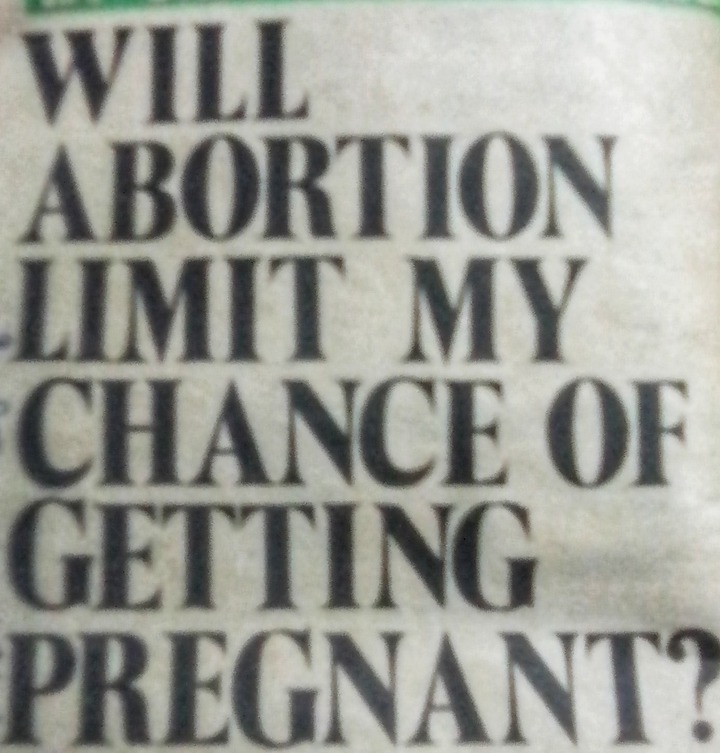 This is associated with a weakening of the cervix (the neck of the womb) the structure that is dilated when an abortion is done.

Repeated abortions could further impair the ability to hold a pregnancy for a full term of nine months. This the doctors however opine, is a condition which could be diagnosed and corrected, when one decides to get pregnant.

Doctor's further advice that women who have abortions should have the RL factors in their blood determined.

If they have the potential to develop antibodies to a baby's blood cells, then a serum should be given at the time of abortion to prevent such antibodies from developing.

Unfortunately, an increasing number of women are using abortion as a contraceptive technique.

Marie Stopes further adds "High levels of stigma around abortion are creating a culture of silence, meaning women who need safe services often lack essential information on where to access them. Stigma feeds silence, and silence feeds myths. Myths that misinform, mislead and further stigmatise. It’s a vicious and harmful circle that we need to break". Marie Stopes