These rare genetic conditions can shatter your child's life.

By KINGPHENOM (self media writer) | 2 years ago

There are so many genetic conditions that can affect an unborn child.Many genetic disorders result from gene changes that are present in essentially every cell in the body. As a result, these disorders often affect many body systems, and most cannot be cured. So the only option here is to pray so that their won't be a disorder during the crossing over of genes in the meiotic divisions of your gametic cells. Meiosis is a method of cell division that occurs in a gametic cell( that is your sperm cells in male and egg cells in female) during which the diploid chromosome number in each sex cell is halved into a haploid chromosome number. There are so many genetic disorders that can affect your child but I will just talk briefly about 4 of them. 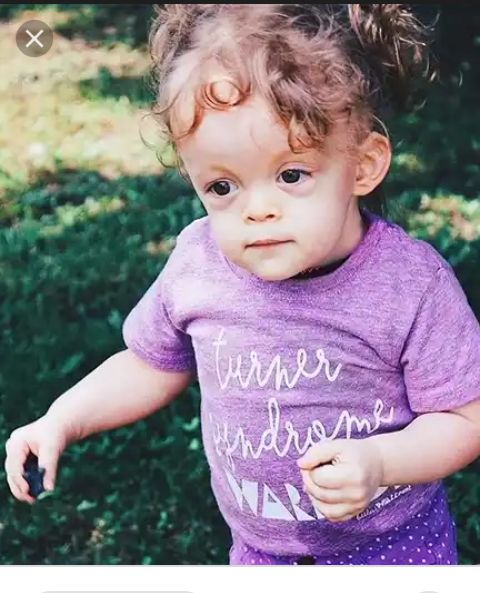 This is a condition were during oogenesis( process of producing ova or egg cells) in the mother, the XX chromosome refuses to separate. So that when she has sex with a man and the sperm cell of the man meets with her egg cell, the Y chromosome from the man will fuse with her XX chromosome to produce an embryo(which will later develop as the child) with chromosome XXY in his somatic cells. Normally such individuals are male but fail to manufacture sperm and they develop female organ such as breast. This is just the opposite of Klinefelters syndrome. Here an X chromosome is missing and such a n individual has only one chromosome, X but normally written as XO. And this makes the woman to be infertile or sterile. Normally their are 23 pairs of chromosome in an individual. But when an extra chromosome is attached to chromosome Number 21 , making it three chromosomes, it leads to this defect, Down's syndrome. Sufferers from down's syndrome if they survive at all have a slit-eyed appearance, reduced resistance to infection and are also mentally deficient. You can see the havoc that an ordinary microscopic thing identified as chromosome can cause. Sickle cell anaemia is not actually caused by the distorted shape of the red blood cell , but it is caused because of the abnormal haemoglobin carried by the red blood cells. In a sickle cell patient, instead of the blood cells to carry the normal haemoglobin, it carries the haemoglobin S which is not sufficient in carrying Oxygen which is the primary function of haemoglobin in the blood. And this makes an individual suffering from such disorder to show symptoms such as, emaciation, weakness, kidney and heart failure and so many other symptoms of oxygen shortage.

So you can see that the only way to be sure that your child will escape this catastrophic disorder is to the genotype of you and your partner to be compatible. No matter how strong that love is, don't put the live of your children at risk. Although the only cure for sickle cell anaemia is bone marrow transplant and blood transfusion, and the bone marrow transfer is rarely done.

The only thing that can help us here is prayer because what we are dealing with here is highly microscopic.