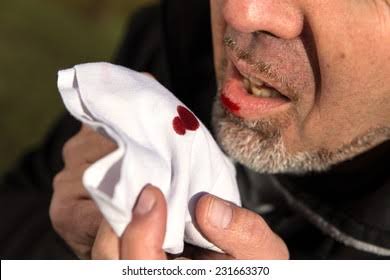 The presence of blood in the phlegm is not always an alarm signal for a serious problem, especially in young and healthy people, being, in these cases, almost always related to the presence of prolonged cough or dryness of the membranes of the respiratory system, which end up bleeding .

However, if the amount of blood in the phlegm is too high, if it lasts for more than 3 days or if it is accompanied by other symptoms, as difficulty breathing or wheezing, it is important to consult a general practitioner or a pulmonologist, since it can also be a symptom of some more serious problem, like a respiratory infection or even cancer.

Thus, some of the most common causes for the presence of blood in the phlegm are:

When you have an allergy or flu and if you have a dry, strong and prolonged cough, the presence of blood when coughing is relatively frequent, due to irritation of the airways, which can end up mixed with phlegm. This situation is temporary and is usually not serious, disappearing after a few days, especially when the cough improves.

What to do: the ideal is to try to calm the cough to reduce irritation of the airways. Good options are to drink plenty of water during the day, nasal wash with serum to moisturize the mucosa and take a homemade honey syrup with propolis, for example, or antihistamine syrups, such as loratadine.

People who are using anticoagulant drugs, such as warfarin or heparin, are at an increased risk of bleeding in various parts of the body, as the blood becomes thinner. Thus, it is possible that, if there is a slight irritation of the respiratory tract, due to an allergy, for example, there may be a small bleeding that is eliminated with cough and phlegm.

What to do: if the amount of blood present in the phlegm is small, it is not a warning sign, however, if there is a large bleeding, you should go to a medical appointment. 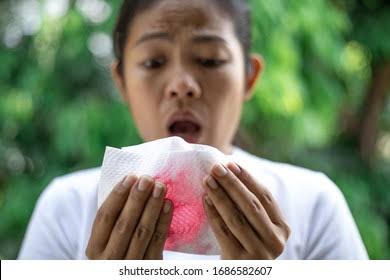 Another relatively common cause of blood in phlegm is the development of a lung infection, ranging from a simple infection, such as flu, to more serious situations, such as pneumonia or tuberculosis, for example.

In case of respiratory infection it is also common for other symptoms to appear, such as yellowish or greenish phlegm, difficulty breathing, pale skin, bluish fingers or lips, fever and chest pain.

What to do: in case of suspected respiratory infection it is always important to consult a general practitioner or pulmonologist to confirm the diagnosis, identify the cause and start the most appropriate treatment, which may include an antibiotic.

Bronchiectasis is a chronic condition in which there is a permanent dilation of the bronchi of the lung, causing an excessive production of phlegm, as well as a sensation of frequent shortness of breath. In addition, the presence of blood in the phlegm is also a very common sign.

This condition has no cure, but treatment with drugs prescribed by the pulmonologist allows to relieve symptoms during crises.

What to do: bronchiectasis should always be diagnosed by a doctor, so that appropriate treatment can be started. Thus, if this condition is suspected, a pulmonologist should be consulted for exams, such as X-ray, and observe the characteristics of the bronchi. 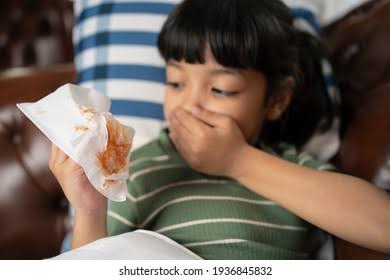 Bronchitis may also be associated with the production of phlegm with blood, since there is a recurrent inflammation of the bronchi, which increases respiratory tract irritation and the chances of bleeding.

In cases of bronchitis, the phlegm is usually white or slightly yellow, and may be accompanied by the presence of some strands of blood, wheezing when breathing, frequent tiredness and feeling of shortness of breath.

What to do: often rest and adequate water intake is able to relieve symptoms of bronchitis, However, if the symptoms are persistent or if the difficulty in breathing worsens, it is advisable to go to medical attention, as it may be necessary to use medications directly in the vein. People who suffer from chronic bronchitis should follow up properly on the pulmonologist, starting to use the medications indicated by the doctor as soon as the first signs of crisis appear. 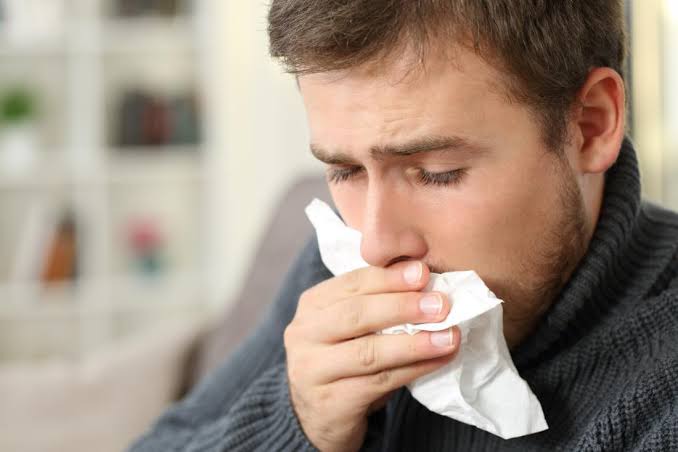 Pulmonary edema, popularly known as "water in the lung", it happens when there is an accumulation of fluids inside the lungs, being, that is why, more common in people with heart problems, like congestive heart failure, in which blood is not pumped properly by the heart and, that is why, accumulates in the small blood vessels in the lung, causing fluid to be released into the lung.

In these cases, the released phlegm can be reddish or pink and has a slight consistency of foam. In addition, other common symptoms are difficulty breathing, bluish lips and fingers, chest pain and fast heartbeat.

What to do: pulmonary edema is considered a medical emergency. Thus, if you have a heart problem and if you suspect any changes at the pulmonary level, it is very important to go to the emergency room quickly, to confirm the diagnosis and start the most appropriate treatment that, in the case of edema, is done inpatient care. in the hospital. 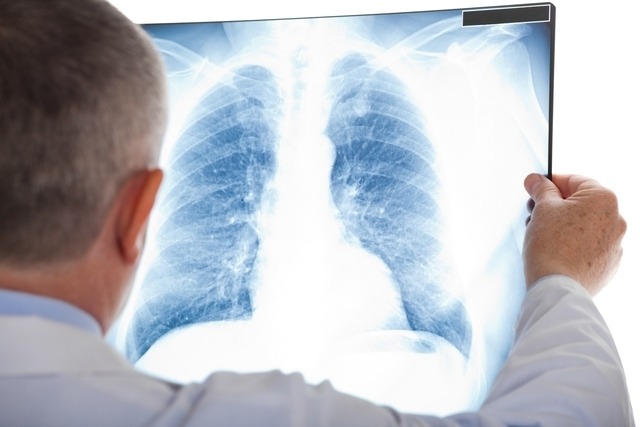 Lung cancer is a rarer situation, but it can also cause blood phlegm to appear. This type of cancer is more common in people over 40 and who are smokers.

Other symptoms that may also appear in cases of lung cancer include persistent cough that does not improve, weight loss, hoarseness, back pain and extreme tiredness.

What to do: whenever cancer is suspected, especially in people with risk factors, it is very important to consult the pulmonologist to do all the necessary tests, confirm the diagnosis and start treatment. Generally, the sooner cancer is identified, the easier it will be to achieve a cure. 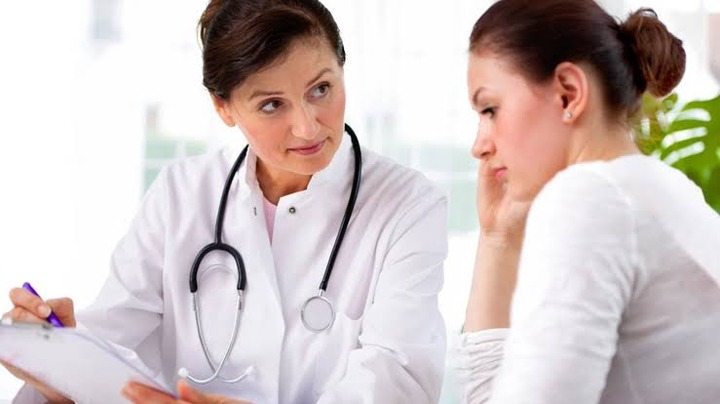 When to go to the doctor

It is important to go to the doctor whenever there is a lot of discomfort, however, the situations that must be evaluated more quickly are:

In addition, if phlegm with blood is a very recurrent symptom, it is also important to consult a doctor, who may be the general practitioner or pulmonologist.

Usually, to investigate these types of symptoms, the doctor may pass tests such as pulmonary X-ray, spirometry or computed tomography, for example.