If you think you are smart then try these brain teasers

By Bibinews (self media writer) | 2 years ago 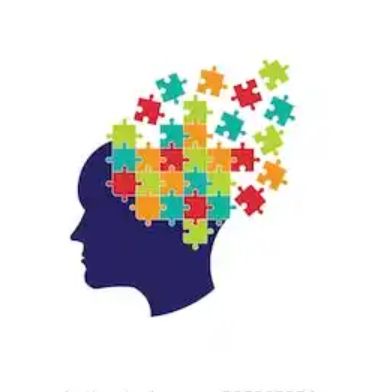 Answer: The door on the right.

Explanation: The lion would be dead after not eating for three months.

Explanation: This riddle is a play on the proverb, "Beauty is in the eye of the beholder." In this case, you are the "bee-holder." Thus, beauty is in your eye.

4. An old man dies, leaving behind two sons. In his will, he orders his sons to race with their horses, and the one with the slower horse will receive his inheritance. The two sons race, but since they're both holding their horses back, they go to a wise man and ask him what they should do. After that, the brothers race again — this time at full speed. What did the wise man tell them?

Explanation: After they switch horses, whoever wins the race will get the inheritance because they still technically own the losing (i.e., slower) horse.

5. Turn me on my side and I am everything. Cut me in half and I am nothing. What am I?

6. A farmer needs to take a fox, a chicken, and a sack of grain across a river. The only way across the river is by a small boat, which can only hold the farmer and one of the three items. Left unsupervised, the chicken will eat the grain, and the fox will eat the chicken. However, the fox won't try to eat the grain, and neither the fox nor the chicken will wander off. How does the farmer get everything across the river?

1. Take the chicken across the river.

2. Come back with an empty boat.

3. Take the grain across the river.

4. Bring the chicken back.

5. Take the fox across the river.

6. Come back with an empty boat.

7. Take the chicken across the river.

Explanation: To boil the egg in exactly 15 minutes, follow these steps.

1. Start both hourglasses as you start boiling the egg.

2. After the 7-minute hourglass runs out, turn it to start it again.

4. Wait for the 7-minute hourglass to run out, which will take another four minutes and get you to exactly 15 minutes of boiling time.

8. You are walking down a road and come to a fork. One path leads to certain death; the other leads to eternal happiness. You don't know which is which. In the middle of the fork, you come across two brothers who know which road is which. One brother always tells the truth and the other always lies. You can only ask them one question. How would you determine which road to take?

Answer: Ask each brother, "If you were your brother, which road would you say leads to eternal happiness?"

Explanation: Each sequence of numbers is a verbal representation of the sequence before it. Thus, starting with 1, the next sequence would be "one one," or "11." That sequence is followed by "two one," or "21," and so on and so forth.

10. Four people arrive at a river with a narrow bridge that can only hold two people at a time. It's nighttime and they have one torch that has to be used when crossing the bridge. Person A can cross the bridge in one minute, B in two minutes, C in five minutes, and D in eight minutes. When two people cross the bridge together, they must move at the slower person's pace. Can they all get across the bridge in 15 minutes or less?

Answer: Yes, they can cross in exactly 15 minutes. Brendan McDermid/Reuters

Explanation: The group of four must follow these steps.

1. First, A and B cross the bridge and A brings the light back. This takes 3 minutes.

2. Next, C and D cross and B brings the light back. This takes another 10 minutes.

3. Finally, A and B cross again. This takes another 2 minutes.

11. A rebus is a pictogram that represents a word, phrase, or saying. For example, "Ci ii" represents "See eye to eye." What word or phrase does the following rebus represent: O_ER_T_O_?

A family sits in their living room in Long Island, New York, in 1951. Ed Ford/AP

Explanation: the key to this brain teaser is that the census taker looks at the house number. In other words, she knows the sum of the children's ages.

However, at that point of the riddle, she still can't tell how old the man's children are. Therefore, she has to be stuck between multiple possibilities. To narrow it down further, only two sets of numbers that multiply to 72 share the same sum: (2,6,6) and (3,3,8).

After the man reveals that his oldest child likes chocolate pudding, however, the census taker can differentiate between the two options. That is, only the latter of those two sets has a distinct "oldest" child.

13. You're in a dark room with a candle, a wood stove, and a gas lamp. You only have one match, so what do you light first?

14. There are five bags of gold that all look identical, and each has ten gold pieces in it. One of the five bags has fake gold in it. The real gold, fake gold, and all five bags are identical in every way, except the pieces of fake gold each weigh 1.1 grams, and the real gold pieces each weigh 1 gram. You have a perfectly accurate digital gram scale and can use it only once. How do you determine which bag has the fake gold?

I hope you guys had fun

Don't forget to leave your opinions and follow for more

Content created and supplied by: Bibinews (via Opera News )