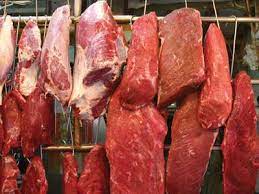 You may have heard that eating less meat offers several health benefits, including weight loss and improved gut health.

Reducing meat consumption has been linked to better health and a lower risk of certain illnesses.

However, these advantages appear to be contingent on what other meals you consume and how much meat you consume.

Many dietary patterns involve little or no meat, and most of them have been linked to some degree of health advantages.

Vegetarian and vegan diets, which omit meat and all animal products, have been associated with a lower risk of heart disease and cancer.

Furthermore, evidence shows that, as compared to more animal-based diets, more plant-based diets are related to better insulin resistance and a lower risk of type 2 diabetes.

Meat restriction may also help with weight reduction and maintenance.

Keep in mind, however, that many other diets that do not restrict meat, such as low carb and paleo, are beneficial for weight reduction.

2. May aid in the prevention of heart disease.

The influence of plant-based diets on heart health is one of the most studied elements of plant-based diets. Saturated fat consumption, which is largely found in meat and animal products, has been linked to an increased risk of heart disease, according to controversial studies.

This apparent relationship has sparked a lot of discussions. Even so, it's probably better to limit your consumption of meats that are high in saturated fats.

Reduced saturated-fat meats include chicken and leaner kinds of beef.

3. Has the potential to enhance intestinal health.

Diets without meat are frequently high in dietary fiber since they are abundant in fruits, vegetables, whole grains, legumes, and other plant foods.

Fiber nourishes the good bacteria in your stomach, which generate anti-inflammatory and immune-supporting chemicals.

Plant protein and polyphenols, which are beneficial chemicals found in plants, may also aid intestinal health.