Ever heard of the England vampire of 1882: here is the true story.

Ever heard of the england vampire:Here's the story.

In 1882 rodes island,Mary brown died of tuberculosis,the disease affected many people,causing their body to deteriorate along with intense fever and nasty coughs.Mary Eliza wasn't the only one in the Brown's family who died,her daughter Mary Olive passed away in 1883 and after a decade later,Mary Lena brown also died of it. 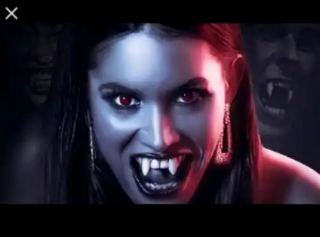 Mary's brother Edwin was also ill and hoping a better climate would improve his condition,he decided to go West, but when he returned, his condition got worst.

Then his neighbor got a crazy idea, what if one of the Brown's family came out from the grave feasting on Edwin's blood.

Extremely determined to get to the cause of it, three young men exhumed all three women from their grave.Mary Eliza and Mary olive were both bones but when they brought out Mary Lena, her body was still fresh.When the vampire hunters opened her heart,they found out that there were chunks of coagulated blood in it,too them she was an undead mobster.They then burnt Mary's heart and liver and fed the ashes to edwin.

Well of course she wasn't a vampire, but why was her corpse in a good shape.Well she died January during winter when its still cold,since it was winter and it was also cold to dig,her body was stored in a stone vault which acted as a refrigerator then preserving her corpse. Since she wasn't a vampire her macabre did not work on Edwin and he died a few months later.