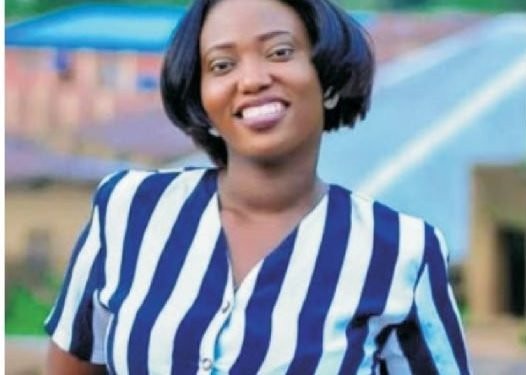 A Nigerian man has accussed hospital staff of negligence after his pregnant daughter and her unborn twins dies in Abeokuta Hospital. A Nigerian man identified as Babajide Olayemi, has sorrowfully narrated how his daughter, Josephine Olayemi Odufowora, and her unborn set of twins, died at the Federal Medical Centre, Idi-Aba, Abeokuta. According to Babajide Olayemi, his daughter died because of negligence from hospital staff.

According to the aggrieved father, his daughter arrived at the hospital on June 13 and was not attended to as the doctors were preparing for a confrontation with the state Government. He went on to state that scan results later revealed that the twin babies she was carrying had died, but the doctors refused to bring the dead twins out of his daughter.

The Doctors neglected the young lady despite the fact that her condition was a clear emergency. She was left on the bed for more than 24 hours unattended to. She had already done all the necessary tests and bought all the drugs she was asked to buy. According to the aggrieved father, they paid for the bed and made all the necessary payments, but the doctors refused to take care of the young woman.

Babajide Olayemi also revealed that each time he went to complain to the doctors that his daughter was in serious pain, the doctors became hostile towards them. The doctors acted as if they were being disturbed. The family has petitioned the Minister of Health regarding the incident. The family want the minister of health to find out why the doctors neglected the young woman despite knowing that she had dead babies in her stomach.

The management of the hospital denied the allegations of neglecting the deceased. In a statement released by its Head, Public Relations & Information, Segun Orisajo, the hospital claimed the diseased discharged herself from the hospital. The hospital said that they gave the deseased person the best medical care which was available at the hospital.