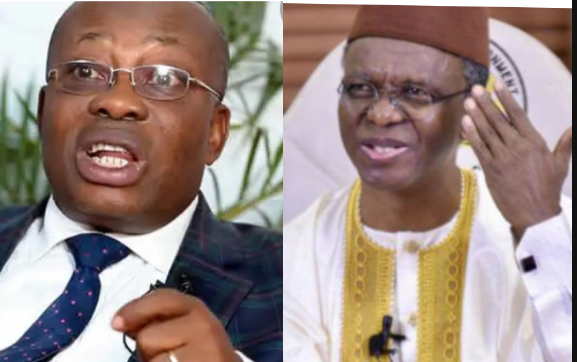 The Chairman of Nigerian Bar Association Section on Public Interest and Development Law, NBA-SPIDEL, Dr. Monday Ubani has said that he will not hesitate to drag the federal government to court if it goes ahead to enforce the directive on compulsory vaccination for civil servants in the country. 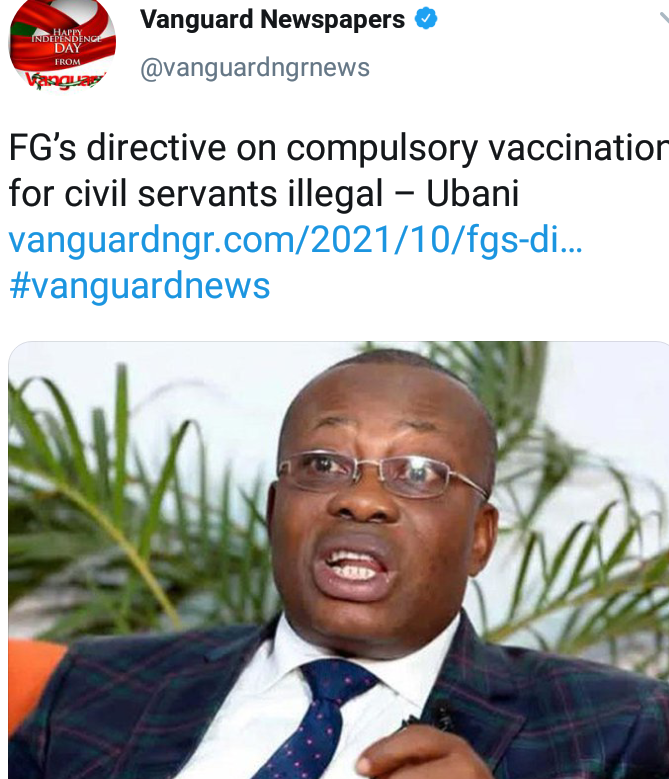 Recall that the Secretary to the Government of the Federation/Chairman Presidential Steering Committee on Covid-19, Mr Boss Mustapha had last week announced that all civil servants in Nigeria shall with effect from December 1, 2021 show proof of vaccination or present a negative Covid-19 PCR test result done within 72 hours to gain access to their various offices within Nigeria and Missions abroad.

Describing the directive as insensitive, Ubani stated that compulsory vaccination violates the existing labour terms and the fundamental rights of the civil servants to their privacy, life, movement, religious belief and faith, and liberty.

Kaduna Governor Nasir El-rufai Friday said the state will work with Interfaith Preaching Regulatory Council to determine those qualified to preach in the state, lamenting that religion has been to divide and cause hate among Nigerians. 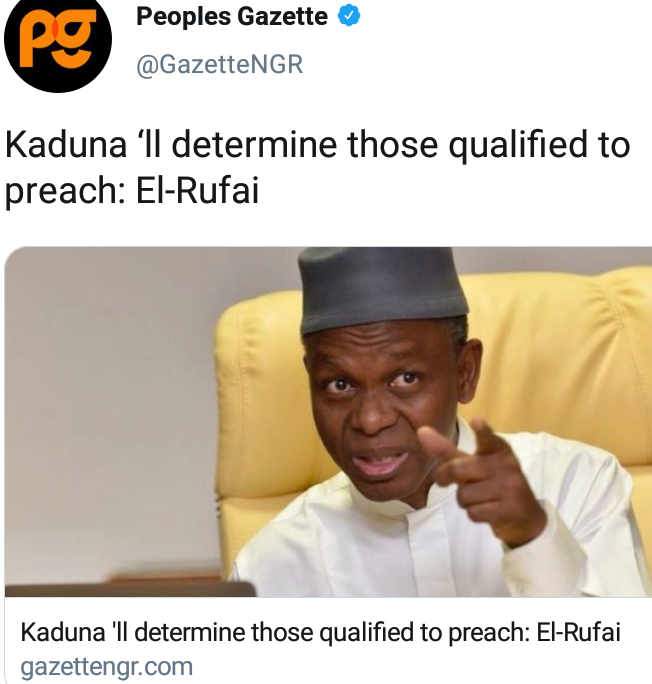 Speaking at inauguration of the Kaduna State Interfaith Preaching Regulatory Council, Mr El-rufai said “Most of the residents of Kaduna State are very religious, like other Nigerians. But Kaduna State is unfortunately one of the states in the country with a sad history of religious clashes.”

The Leader Of INRI Evangelical Spiritual Church, Primate Elijah Ayodele has taken a swipe at Pastor Tunde Bakare of the Citadel Global Community Church over the latter's comment on running for president in 2023.

Bakare, who paid a visit to President Muhammadu Buhari on Friday, said he will contest for the position if God and Nigerians asked him to. 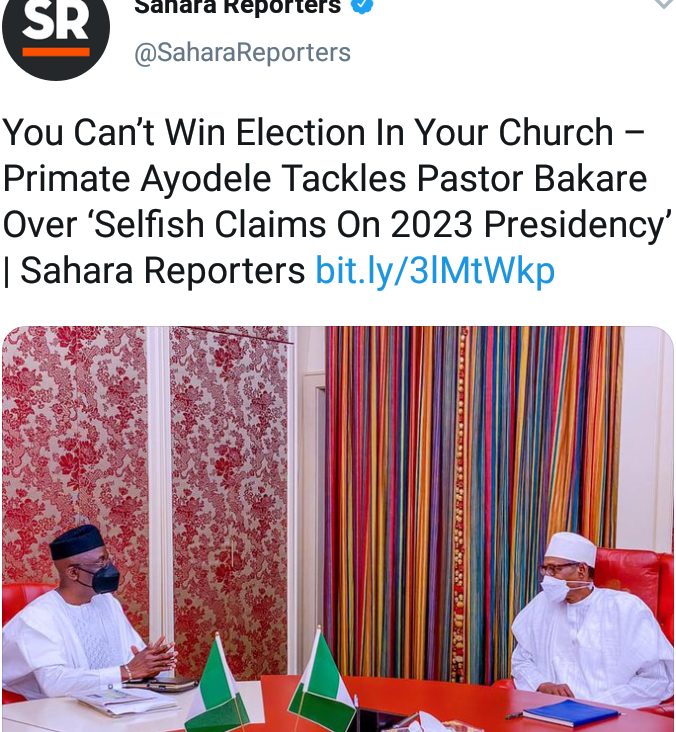 He further described himself as a nation builder.

Reacting, Primate Ayodele frowned at the remark stating that Pastor Bakare should face his missionary work and stop mismanaging the grace of God upon his life.

The Commandant Defence Headquarters, Special Operations Force Brigade, Bida Niger state, Brigadier General Innocent Olotta has said that there is a need for journalists to encourage military officers on the war front with their positive reportage. 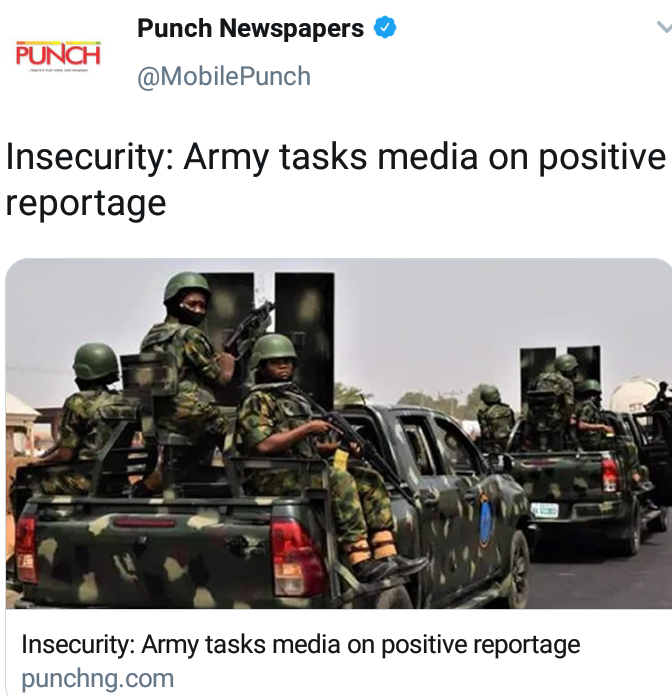 Olotta made the call in Bida while decorating 53 soldiers who were promoted recently.

He noted that such positive reportage by the media on the activities of the military to combat terror, banditry, and other criminal activities in the country will go a long way in motivating those at the war front.

He said, “The profession requires that every practitioners must evaluate their evidence before publication especially when reporting the current campaign against terrorism and other crimes.”