7 Worst Jobs of All Time You Should Know About 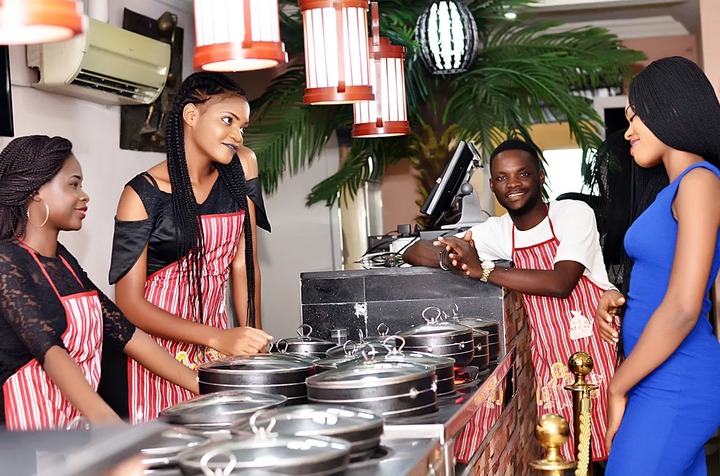 I have always hated the idea of working at a job and being paid a salary because it doesn't feel natural or fun at all.

I have been in at least 10 different paid jobs and resigned from all of them because I wasn't satisfied and felt I was missing something.

In my opinion, today's job market is like a slave market where slave masters go to haggle over slaves and when any of them eventually wins the bid, they use 10 percent of their monthly or yearly profits to feed the slaves. This is a case of not muzzling the ass so that it can eat a little bit of the corn it is threshing out and be alive to continue the slavish work.

This explains why you can never truly own your own house and car while being paid a salary.

Please, can you tell me how many bank workers or company workers in Nigeria that have succeeded in building a house exclusively from their salaries?

I can't think of any.

Let's look at seven of the worst jobs anyone can do in this 21st century: Police work is such a terrible job to do for the following reasons:

• The very people you are securing their lives and property are the ones that will attack or kill you.

• In most African countries, the police are ill equipped for the job, unlike their counterparts in the western world.

• You barely have time for yourself or family.

• The uniform you wear makes you an easy target for unidentified people who may want to harm you.

• The bad eggs in the police make life hard for the honest ones who just want to do their job and because of this the public see all police officers as being corrupt.

• As a police officer, your family and property is an easy target for criminals because you are always in the eye of the public.

• Most police officers may die of poverty and ill health after their retirement because they are not well catered for during retirement.

• The salary package of police officers is not commensurate with the work they do and doesn't take into account the dangers they are exposed to on daily basis. Working as a doctor is such a terrible job for the following reasons:

• You see the suffering and pain of sick people first hand and this could rob you of your peace, joy, happiness and sanity.

• Doctors may suffer from guilty conscience as a result of not being able to save the life of a patient, especially when the relatives and friends of the sick person look up to the doctor and have confidence in his professional capabilities and reputation, only to be disappointed.

• Doctors experience enormous amounts of pressure and stress as a result of their work and these adversely affects their own health and even their relationships.

• As a doctor, you may face judicial inquiries in a court of law if the relatives of a dead patient feel that you are complicit in the death of the patient or that you didn't do your job properly. This is quite common in the western world. Telemarketer job is a terrible job for the following reasons:

• You call people you barely know trying to sell a product or service to them. This elicits a lot of negative responses including yelling, cursing and hanging up on you, etc.

This is what telemarketers experience on a daily basis and it lowers their morale.

• Telemarketers are not well compensated because their salary is based on their performance. Cleaner job is an undesirable job for the following reasons:

• Cleaners experience all sorts of mistreatment, despite the fact that they get to do the most demeaning jobs in the company.

• They are not paid what they deserve.

Embalmer job is a really bad job for the following reasons:

• They also wash and makeup dead bodies so they look okay.

Forensic Entomologist is such an awful job for the following reasons:

• They study dead bodies and the insects that are inside the dead bodies, in order to find out the cause of death.

Roofer jobs are really bad and dangerous jobs for the following reasons:

• Roofers can not work in bad weather, so they are forced to do their work under the heat of the sun and for long periods of time.

• They are exposed to life-threatening conditions such as perching on highly elevated and sloped surfaces.

• Roofers sustain life-threatening accidents and even death as a result of falls.

• Roofers also sustain minor injuries as a result of mistakingly hitting their fingers instead of the nail and stepping on a random nail.

We have examined some of the worst jobs anyone can do in this 21st century.

There are many others that folks like you and I are doing to earn a living.

The truth remains that life on earth is hard and it gets harder if you are employed in the wrong job.

I always advocate self-employment as the right way to go, as the advent of the internet has made it a desirable route to take, especially if you are a fast learner and technologically inclined.

Content created and supplied by: pray.ng (via Opera News )

How To Make Your Partner Happy In a Relationship