The Tribe Where Women Are Banned From Eatin Cow Meat As To Prevent Them From Being Smarter Than Men.

Oh yes, there is a tribe where women are banned from eating cow to prevent them from getting smarter than men .

This tribe can be traced to Eswatini which is located in South Africa. Earlier this year, 2020 the country celebrated it's 50 year of independence and the king of the formerly known Swaziland, king Msawati changed the name from Swaziland to Eswatini which means "land of Swazis).

The people of Eswatini are known for their rich display of culture and their monarchical way of life that share several things in common with British. British also ruled the people from 1902 till the day they got their independence 1968. Nevertheless, the people of Eswatini i.e the Swazis still have some Adrican culture they take seriously. 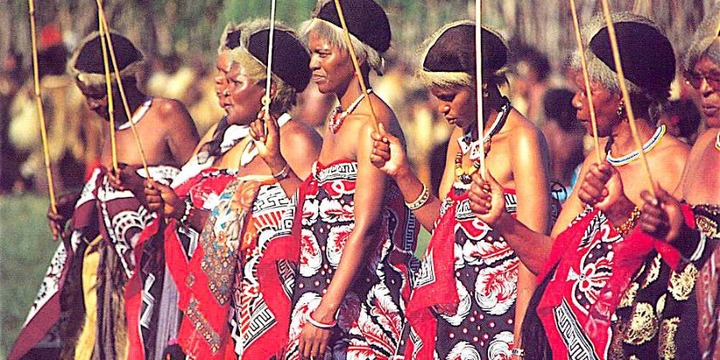 The two major ethnic group in Eswatini are Nguni and Sotho, they share a lot of cultural practices in common .

Their marriage ceremony last for up to 5days .

The cow is a very essential animal animal to these people as it signifies one's status and riches I.e. the number of cow a man possesse shows his status and earn him more respect in the society.

In the kingdom of Eswatini, cows are more valuable than a piece of land and they can be used as an exchange for properties instead of cash.

Cows are used also used as bride price and it is expected of a groom to present a good number of healthy cows and fresh milks from the cows to the father of the bride for the marriage ritual and celebration.

Because of the worth of cows to this kingdom , it is believed that since women are not physically strong they don't worth eating cow meat . Therefore it is a taboo for women to eat cow especially the intestines and brain to prevent the women from being smarter than men . The people of Eswatini also believe that when a woman eats the foot of cow, they develop masculine strength and the courage to walk out of men or even run away from their marital home . 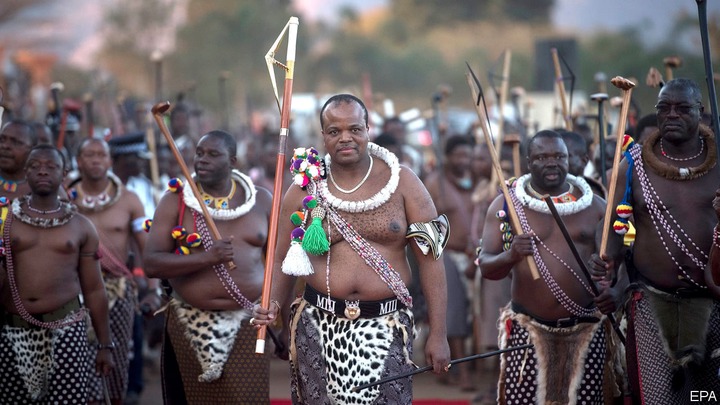 In the kingdom as well, during Untsimba I.e. marriage ceremonies , the groom is allowed to feed the bride with specific parts of the cow and in very small quantity however, she is never given the foot, intestines or brain . When the father of the bride would be called to share the meat of the cow, he leaves the gallbladder for the bride till the day of the bride's departure to her husband's house , the first son of the bride's paternal grandfather performs the last ritual by squeezing the gallbladder on the bride's forehead, mouth, entire face even her arms and legs . After that the leftover of the bladder is then inflated and tied around her forhead .

This ritual is said to give goodluck and strength to the new bride.

What do you have to say about this practice ?Does it seem barbaric or not ?