Stroke: Herbal extract that may help to enhance brain function in those who have had a stroke. 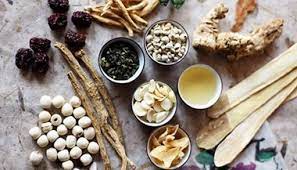 When combined with aspirin, an ancient herbal extract known as ginkgo biloba may help improve cognitive function after a stroke, according to new research.

Scientists have discovered that a daily dosage of ginkgo biloba extract plus aspirin can help individuals with ischemic stroke improve their memory and “command and control” skills.

The therapy was far more successful than just taking aspirin.

Qi Fang, from the Department of Neurology at Soochow University's First Affiliated Hospital in Suzhou, China, and colleagues published their findings in the journal Stroke & Vascular Neurology.

Ischemic strokes account for around 87 percent of all strokes, in which the artery supplying blood to the brain gets blocked, most often owing to a blood clot.

This obstruction deprives the brain of oxygen and nutrients transported by the bloodstream, potentially causing brain cell damage.

As a result, side effects such as memory and cognitive difficulties, as well as loss of motor function, may occur.

The gold standard therapy for ischemic stroke is tissue plasminogen activator. It prevents brain injury by breaking the blood clot that is restricting blood flow to the brain.

However, this therapy must be given within three hours after the onset of stroke symptoms, and many patients do not get to the hospital in time.

As a result, new therapies are needed to help decrease the cognitive impairment produced by an ischemic stroke. Ginkgo biloba extract was examined by Fang and colleagues as a viable option. 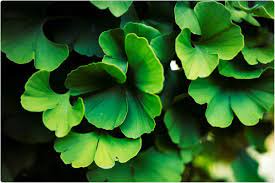 Ginkgo biloba extract is a Chinese herbal supplement derived from the ginkgo tree, often known as the maidenhair tree. For thousands of years, it has been used in medicine to treat anything from wounds to anxiety and melancholy.

However, according to the United States of America National Institutes of Health (NIH), there is “no clear evidence that ginkgo is beneficial for any health condition.”

However, a new study shows that it may be beneficial to those who have had an ischemic stroke.

Fang and his colleagues enrolled 348 people from five hospitals in China's Jiangsu Province to obtain their conclusions. The people were on average 64 years old and had all suffered an ischemic stroke during the previous seven days.

All participants performed a test called the Montreal Cognitive Assessment score (MoCA) to measure their cognitive performance at the start of the trial, as well as at 12, 30, 90, and 180 days afterward.