Demolition Exercise in Kaduna by KASUPDA 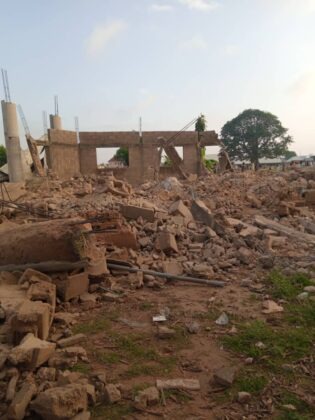 Demolition Exercise in Kaduna by KASUPDA

The residents near Edi-Bare Bari in Zaria met an ill-fate by the Kaduna State Urban Planning Development Agency KASUPDA when over 100 houses were rubbled down by the Agency.

The residents reported that this demolition exercise was carried out at night while the communist were fast asleep.

So far, the victims of the exercise are traumatized with over 3 already dead and many others displaced by this incident.

The Victims also claimed that due process was not followed in the exercise. One of the victim by name Mohammed Isa stated that "The Agents of KASUPDA appeared suddenly on the 6th day of July marking the affected areas.

However, a senior Official from the state Government has weighed down these claims by the victims stating that the Agency granted relevant and adequate notice before the demolition exercise was carried out.

Questions raising in the hearts of many is drawn towards the well-being of these victims.

How can they worry about the Pandemic with no shelter over their head?