See What Really Happened To The Former World Fattest Child

Arya Permana was once considered the heaviest child in the world. He is a thirteen year-old boy from Karawang, West Java, Indonesia and once weighed an astonishing 423lbs (191kg). 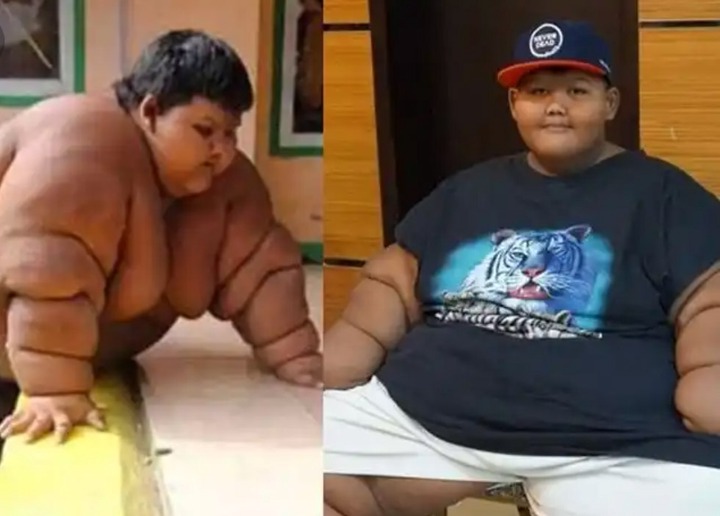 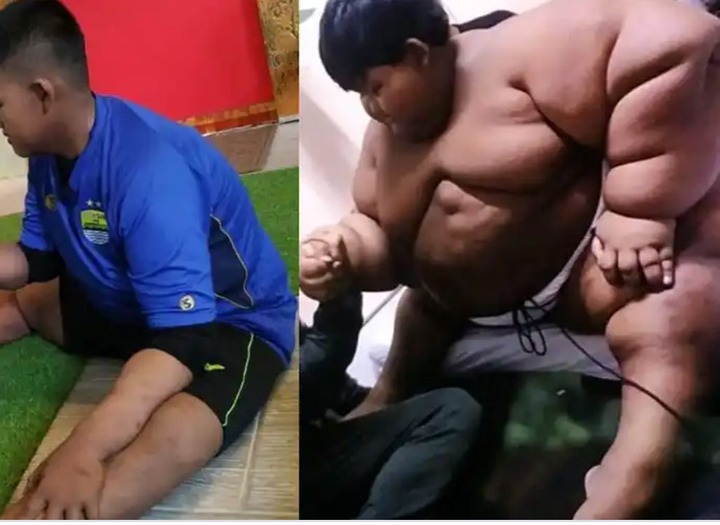 Arya hit the headlines when he became so upset by his weight as he was unable to play with his friends. Footage emerged online of him as a morbidly obese child playing in a water tank to cool his body. 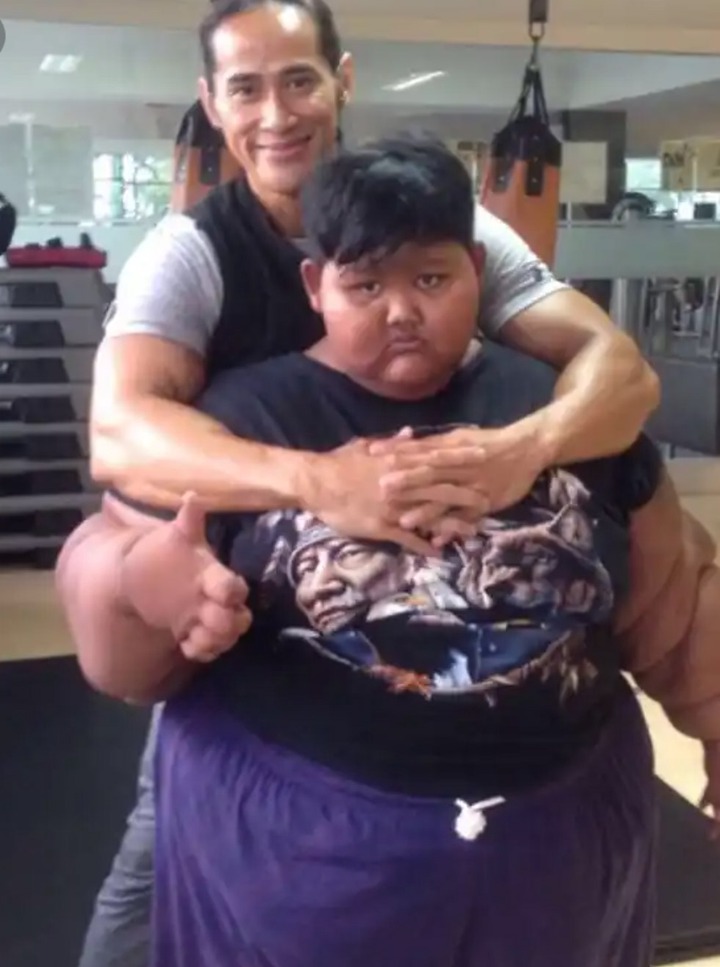 Arya got his excess weight from his diet of instant noodles, fizzy drinks, and deep-fried chicken. At just ten years old, the youngster was barely able to walk, had to be home schooled and was forced to bathe in an outdoor pond. 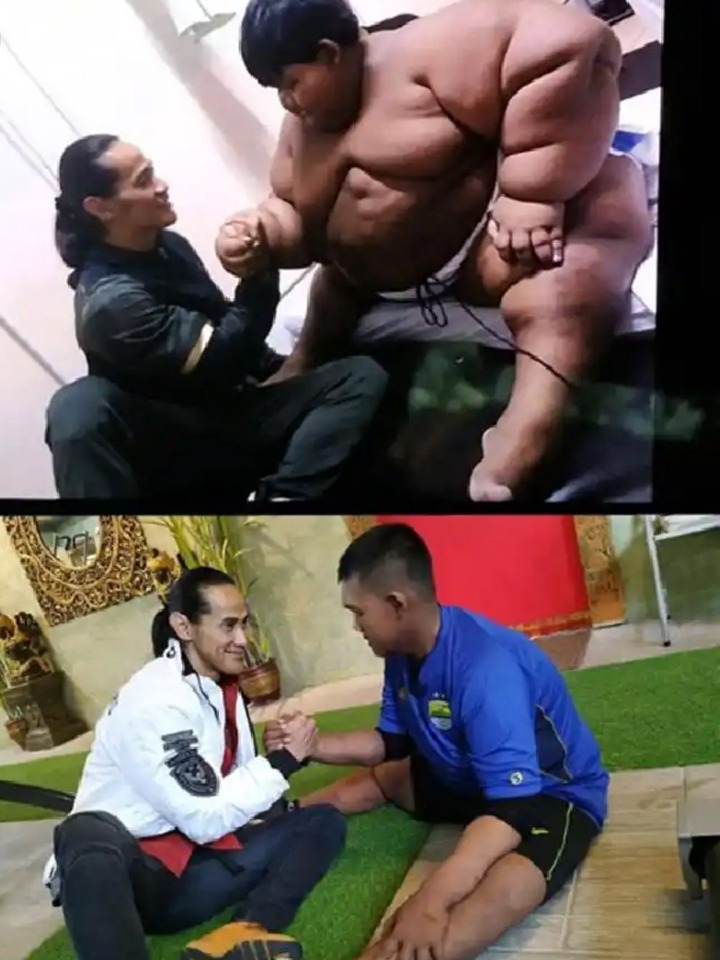 Arya's parents tried to encourage their son to eat healthier, but admit they gave in to his demands for fattening foods. Arya's father said that he can say he spoiled him back in the day since Arya was five-year-old and already getting big. He said that they just gave him whatever he wanted to eat or drink. 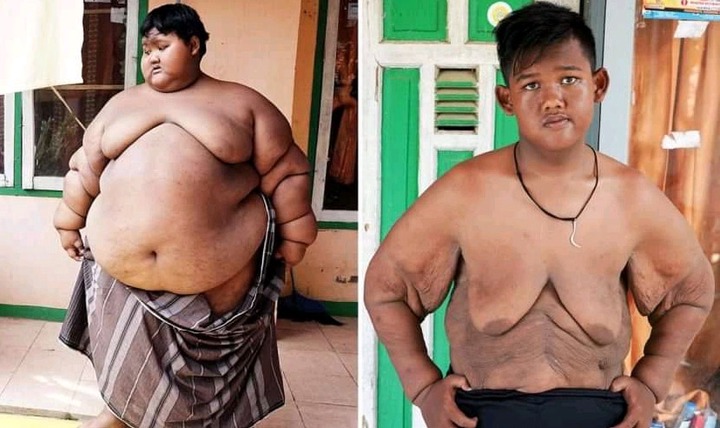 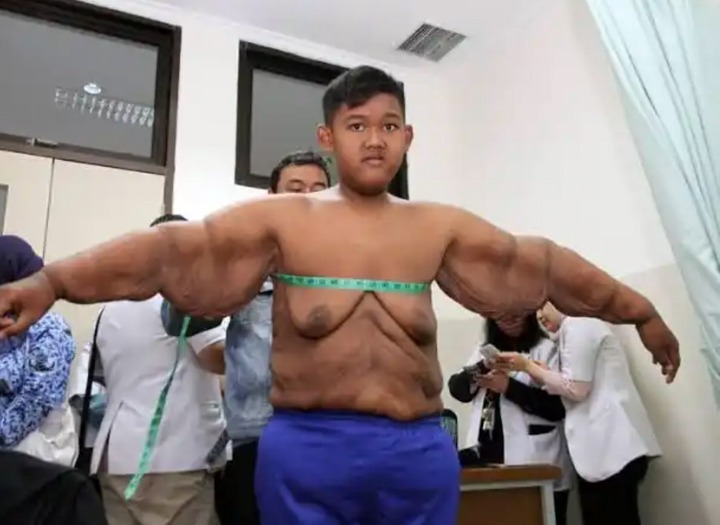 With his size putting his life at risk, Arya reportedly became the youngest person ever to undergo a gastric sleeve operation. The procedure, along with a strict diet of grilled fish and vegetables, helped the teenager lose a remarkable 234lbs (106kg), with him now weighing 189lbs (85.8kg). 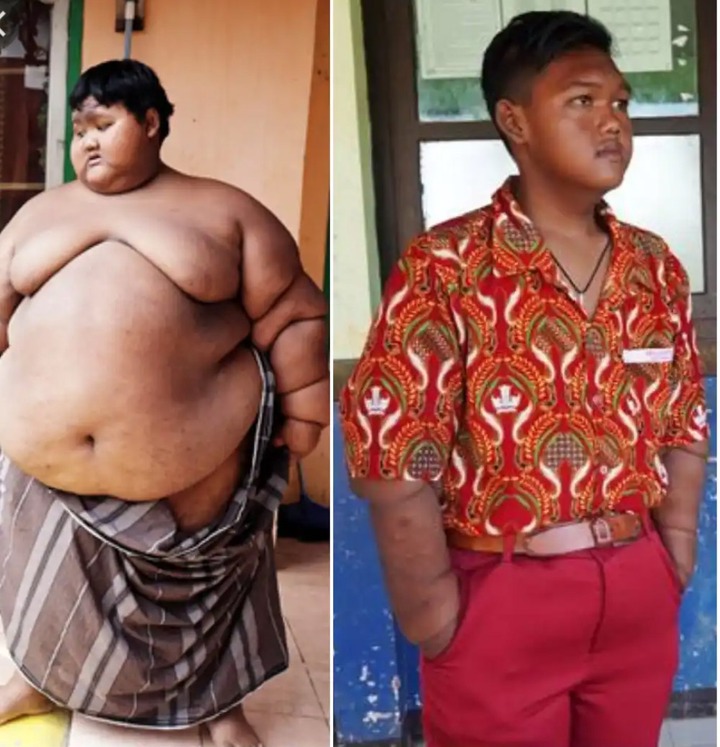 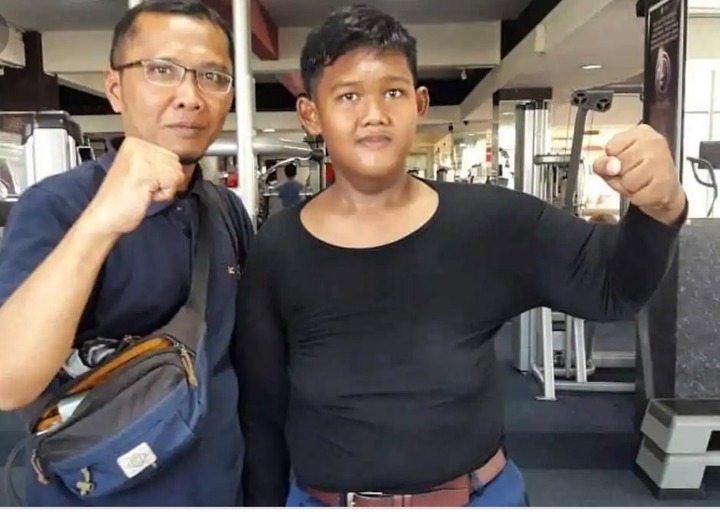 Arya lost half his bodyweight thanks to surgery and his personal trainer, Ade Rai, who showed him how to exercise and eat properly. The youngster ditched the pounds by swapping sugary foods for fruits and vegetables and training regularly. 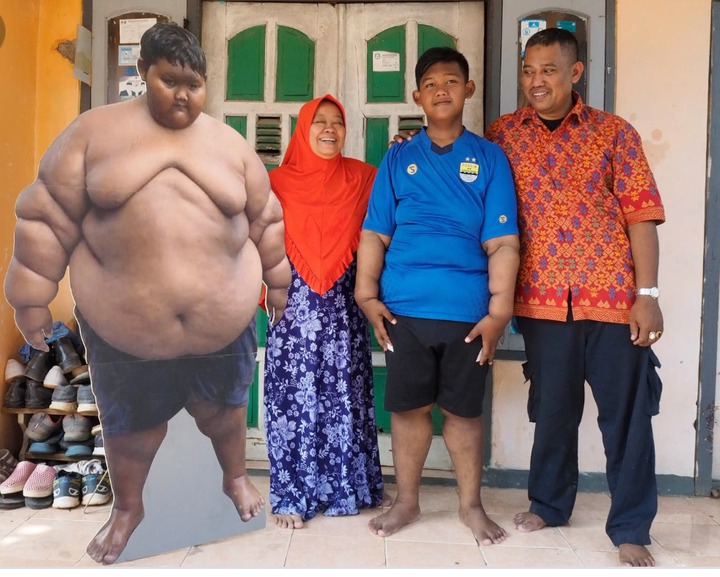 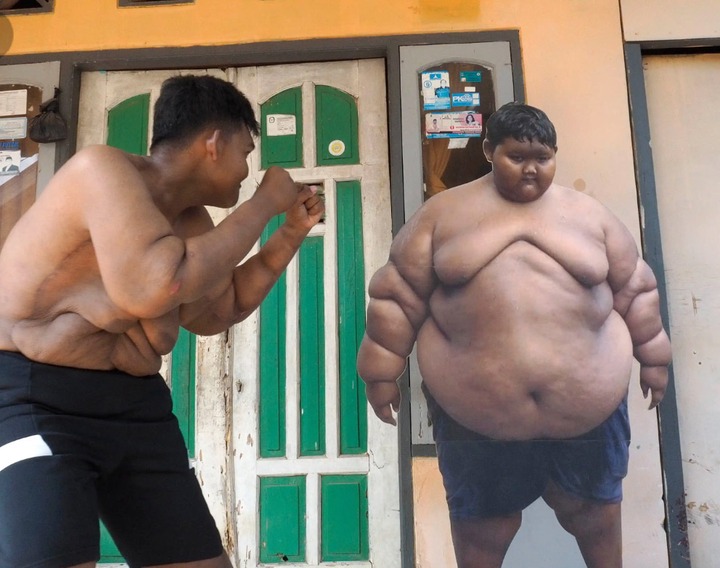 Arya's dream of becoming a professional footballer inspired him to fight the flab. A surgeon has offered to remove the excess skin from Arya's chest and arms after his upcoming exams. 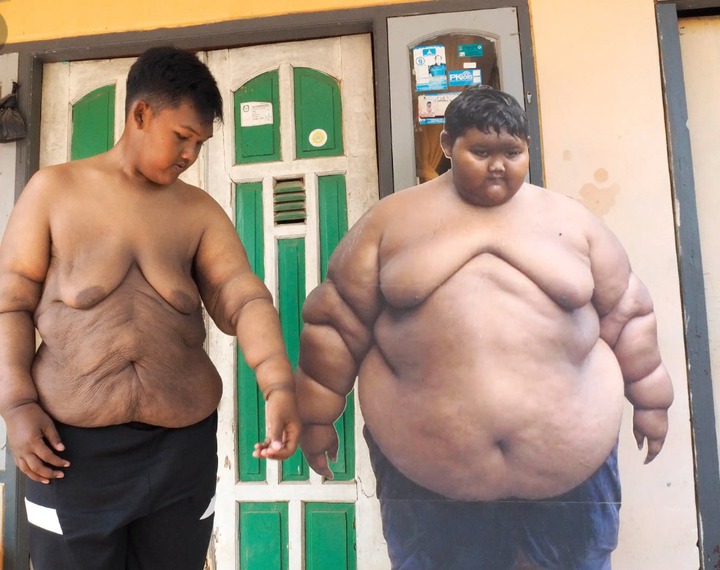 After losing the weight, Arya said that he is now happy he can walk and play as well. He said he has become more agile than before and that he likes playing football too. He said he can now walk 5km with his friends and every afternoon, he plays football with them.