[FICTION] Simplest way to break free from Kleptomania: The story my mum told me.

By BlissTalk (self media writer) | 2 years ago

"Dede who owns this FOOTBALL?" mummy asked. "It is John's". I replied. "Where did he get the money to buy it, I am sure that poor widow can't afford to buy such an expensive ball for him under her present condition. I will report him to his mother" my mum continued.

At this point I knew the situation has gotten messier, I needed to make a best use of the word Confession! to let my mum know I had sold some of her Fishes overtime and kept the money to buy the ball. Yes!! The FOOTBALL!! But a little show of seriousness in my insincere statement won't be bad, I had to see if I can break into her tender heart with a show of innocence in tone and in looks to convince her that the ball wasn't mine. But trust my mum, she can't believe the incredible. That day's case file was not going to be transfered to the supreme court justice of the family in the person my of dad on whose order and execution of order I would have been beautifully caned. It was a day I rated my mum's child raising prowess premium.

In her usual softness, my mum sat me down and started narrating a story. "Dede, there was a boy in my village. He was from a middle class family so he had food and a little luxury available to him. But this boy stole even what he originally owns, he steals for no reason. He eats the fattest meat yet steals the smallest fish from their neighbours' pot.

One day the mother of this suffering from kleptomania invited him into the bedroom room and asked him why he chose to embarrass his family. The young boy in what is far from a crocodile's tears told his mum that he had no reason to steal but can't stop stealing. His mum saw absolute sincerity in him and decide to give him an antidote. " Dear son, anytime you have that urge to steal just speak to that urge, say it aloud, tell whatever impresses in your heart to steal; I won't take it! I won't take it!! keep shouting till it leaves you." the caring mum said.

To test her theory, she decided to cook a very delicious soup and told his son to wait till she comes back from the farm before the palatable and nose ravaging soup could be committed to the taste buds.

After an hour, a loud voiced graced the the airwaves within the neighborhood. "I will not take the meat! I will not take the meat!" Neighbours ran towards the direction of the voice, his mum took to her heels to see if her son is been mobbed for stealing meat. Alas! the boy was alone, everyone thought the gods have finally made him mad for pilferage and burglary but to their greatest disappointment the boy was receiving the efficacies of a verbal pill his mum prescribed and administered on him in the morning.

"What's wrong with you? " his mum frightfully enquired. "Mummy that urge to steal came again, pushing me to steal meat from the pot in the kitchen so I shouted at it. That's why you heard my voice." The boy soberly replied.

According to my mum, from that day onwards the boy never stole anything again.

It is you and you alone that can stop a secret sin, a bad habit or addictions.

Yours may not be Kleptomania like the boy's but

1. Anger. don't be proud to say "I get angry easily" You can softly tell yourself, I wont be angry, no, you can't make me angry, it works 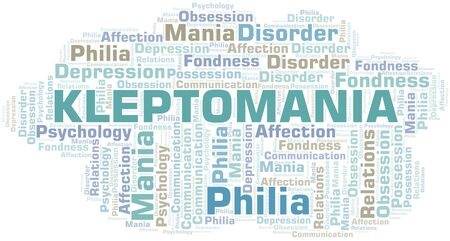 Content created and supplied by: BlissTalk (via Opera News )