Here’s All You Need To Know About Nightmare Disorder

We have all woken up from our slumber, sweating profusely, panting for breath, and shaking at some point. Bad dreams or nightmares as they are usually referred to end up causing this fear and suddenly waking up from sleep. It disturbs your sleep and makes it difficult for you to fall asleep again that night.

WHAT IS A NIGHTMARE DISORDER?

Nightmares are usually a result of a stressful life event, extreme pressure, or irritation that one might be battling in life. However, did you know that nightmares could cause mental health problems too? Well, experts believe that factors like the loss of a loved one or other similar stressful factors cause nightmares.

Parasomnia, as the experts call it, is a sleep disorder where a person goes through undesirable experiences while they are trying to fall asleep. We commonly refer to this as nightmares. Nightmares generally occur during the rapid eye movement or REM state of sleep. It generally has explicit, unsettling content which often occurs later at night or early in the morning. Besides this, post-traumatic stress disorders or PTSD leads to nightmare induced dreams too. Experts call this the Nightmare disorder.

HOW COMMON IS THIS DISORDER? 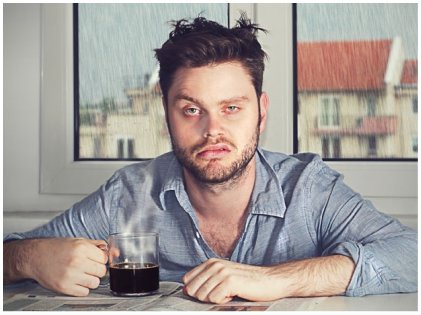 According to research, around two to eight percent of the adults face difficultly with getting a good night’s sleep. The primary reason for this being their horrifying dreams that make it difficult to sleep through the night. The regular occurrence of these nightmares could be an indicator of the stress, anxiety, and other psychological problems that a person might be facing. While the percentage of two to eight percent might seem less, one needs to remember that this statistic only covers the reported cases.

Think about it, how many times have you woken up from a nightmare and even shared about it with someone? So, experts say they have reasons to believe that the actual numbers could be really worse and horrifying. In fact, if you take into consideration the size of the global population and the reported cases alone into account, the number is still high. Well, 2 percent of the world population comes to a whopping 140 million people — isn’t that a lot? So, it’s actually more common than we would like to believe.

WHAT IS THE DIFFERENCE BETWEEN NIGHTMARE AND NIGHT TERRORS?

Both deal with unsettling content that terrifies a person. However, nightmares usually occur in the REM state of sleep in the early hours of the morning or late at night. Night terrors, on the other hand, usually occur during the earlier stage of the sleep cycle or the non-rapid eye movement stage.

It is easier to recall a nightmare as the person would remember distinct details about what they dreamt and will be able to talk about it to others. In fact, not just adults, even children tend to remember the bad dream that they had the previous night and be able to share the details of it. However, in a night terror, a person might wake up screaming, sleepwalk, or appear terrified before falling asleep again.

When you ask them to recall their dream, they would only remember it distinctly and not the entire dream. However, night terrors are not as harmful as nightmares as the person might not even remember it in the morning.

HOW TO TREAT NIGHTMARE DISORDER?

If nightmares seem to be a frequent occurrence in your life that’s hindering your everyday activity, you should visit a psychologist. Besides traumatic incidents, stress, certain medications, and a few illnesses could be the reason for your nightmares too. A professional will help you identify the issues and aid you with embracing a healthy sleep cycle.