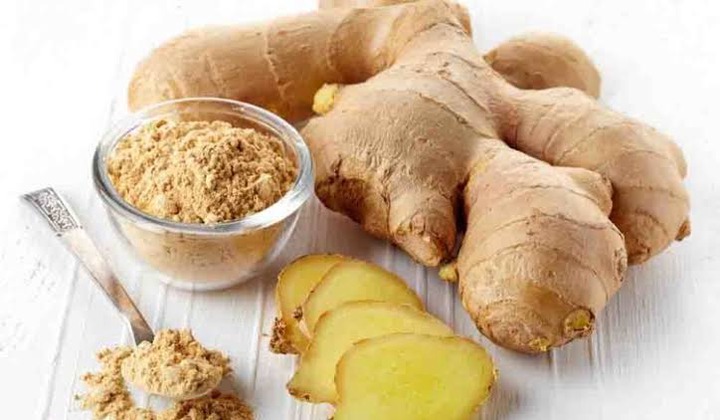 The world we live in today is full of things, Sickness and disease which takes human life. Some has cure and some doesn't. God blessed us with natural things and herbs. But we neglect this when it came to finding cure to our sickness. Today we will discuss ginger.

It is so nutritious when added to food and it can be used to cure sickness.

Ginger is a flowering plant that originated from China.

It belongs to the Zingiberaceae family, and is closely related to turmeric, cardamom and galangal.

Ginger can be used fresh, dried, powdered, or as an oil or juice, and is sometimes added to processed foods and cosmetics. It is a very common ingredient in recipes.

Ginger contains a gingerol, a substance with powerful medicinal properties

below are the diseases Ginger can cure.. Read carefully

1.The Active ingredient in Ginger can help fight Infections.

Gingerol, the bioactive substance in fresh ginger, can help lower the risk of infections.

In fact, ginger extract can inhibit the growth of many different types of bacteria

It is very effective against the oral bacteria linked to inflammatory diseases in the gums, such as gingivitis and periodontitis

Fresh ginger may also be effective against the RSV virus, a common cause of respiratory infections

Ginger appears to be effective at reducing the day-to-day progression of muscle pain, and may reduce exercise-induced muscle soreness.

Ginger has been shown to be effective against exercise-induced muscle pain.

study has it that consuming 2 grams of ginger per day, for 11 days, significantly reduced muscle pain in people performing elbow exercises

Ginger does not have an immediate impact, but may be effective at reducing the day-to-day progression of muscle pain

These effects are believed to be mediated by the anti-inflammatory properties.

3. Ginger contains a substance that can help prevent cancer

Cancer is a very serious disease that is characterized by uncontrolled growth of abnormal cells.

Ginger contains a substance called 6-gingerol, which may have protective effects against cancer

Ginger extract has been studied as an alternative treatment for several forms of cancer.

The anti-cancer properties are attributed to 6-gingerol, a substance that is found in large amounts in raw ginger

ginger may be effective against pancreatic cancer, breast cancer and ovarian cancer.

Studies suggest that ginger can protect against age-related damage to the brain. It can also improve brain function in elderly women.

Oxidative stress and chronic inflammation can accelerate the aging process.

They are believed to be among the key drivers of Alzheimer’s disease and age-related cognitive decline.

Ginger reduces pain as effectively as the drugs mefenamic acid and ibuprofen.

Ginger appears to be very effective against menstrual pain when taken at the beginning of the menstrual period.

ginger may have powerful anti-diabetic properties.

Chronic indigestion (dyspepsia) is characterized by recurrent pain and discomfort in the upper part of the stomach.

It is believed that delayed emptying of the stomach is a major driver of indigestion.

Interestingly, ginger has been shown to speed up emptying of the stomach in people with this condition.

After eating soup, ginger reduced the time it took for the stomach to empty from 16 to 12 minutes

That's it brother. If you cook with ginger, keep up the good work. And if you are still hesitating, I urge you to start including ginger in your meal now