He Was a Highly Capable Administrator, See Some Facts You May Not Know About Late Ismaila Isa Funtua

News reports that Buhari's Ally and Federal Minister in the Second Nigerian Republic, Ismaila Isa Funtua, has passed on. According to family sources, Mr. Ismaila died on Monday night, 20 July while keeping a doctor's appointment. Little known about his health conditions, he was suspected to have died of cardiac arrest. According to Mr. Garba Shehu, a Presidential spokmam who confirmed the death, said Mr. Ismaila Isa Funtua fell ill shortly on his way back from mosque where he went to pray, on seeing this effect (illness), he then went to see a doctor.

Mr. Ismaila was a minister under the civilization of Shehu Shagari, and a member of the Constitutional Conference in 1994. He was also the founder of the Bulet International Nigeria Limited, which built some of the iconic public buildings in Abuja. With these been said, we present to you some other facts about late Mr. Ismaila Isa Funtua which you may not know about.

1. Been Born To His Parents, He Was a Fully Educated Graduate

Ismaila Isa Funtua, born January 1942 in Funtua, a local Government Area in Katsina State, Nigeria, was a graduate from the University of Manchester. During his stay here on earth, he obtained Islamic education where he learnt the Qur'an and other Islamic related studies.

2. He Was a Highly Capable Administrator

Before the death of late Mr. Ismaila, he had worked in many organizations and had showcase his great skills. He worked with the United Textiles Limited in Kaduna, where he was the staff director displaying extraordinary administrative fitness over many thousand of workers. Apart from working in governmental offices, he at a point resigned into personal business where he was the director of some organizations. He was the founder of Funtua Textiles Limited, and managing director of the Democrat Newspaper.

Mr. Ismaila, had been named the Life Time Achievement Award Winner at the Independent Awards based on his humanitarian efforts. 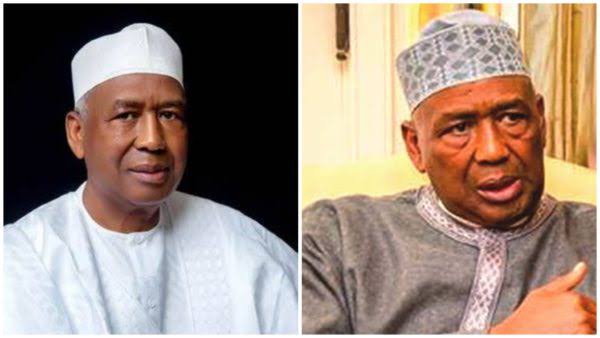 Mr. Ismaila Isa Funtua passed on at the age of 78. May his soul Rest In Peace.

Content created and supplied by: Vick1 (via Opera News )