8 Best and worst milks for your cholesterol

By Abedchinedu (self media writer) | 2 years ago 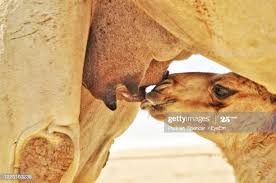 9 Best and Worst Milks for Your Cholesterols 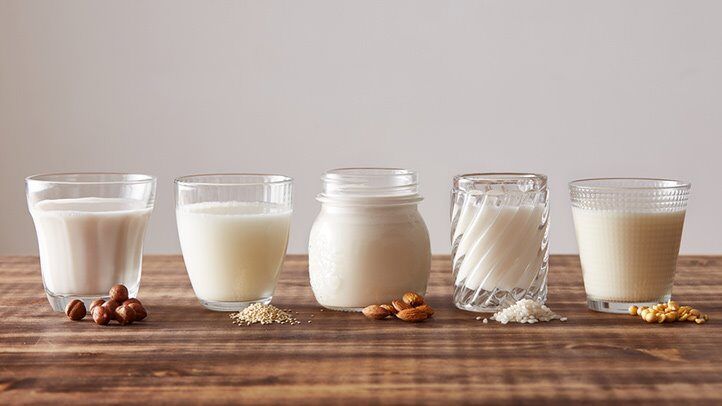 The milk aisle is changing, now offering a growing number of options for what to pour on your cereal or drink down as a late-night snack. But what do the newer types of milk mean for your heart health if you have high cholesterol? Old-fashioned cow’s milk, for example, is loaded with calcium and vitamins A and D, which are all good for your heart and overall health. But too much of the saturated fat and cholesterol in whole milk and even in 2 percent milk may counteract those health benefits. When you're trying to get to healthy cholesterol levels, you'll want to limit the amount of saturated fat and cholesterol in your diet.

Alternative milks can provide similar nutritional benefits if you're watching your cholesterol; are lactose intolerant, vegan, or allergic to certain proteins in cow’s milk; or if you simply prefer something other than cow's milk. “People choose a milk based on tolerability and taste in addition to health beliefs,” says Deborah Krivitsky, RD, director of nutrition at the Cardiovascular Disease Prevention Center at Massachusetts General Hospital in Boston. “Each milk will provide different pluses and minuses.”Ways to Manage High Cholesterol 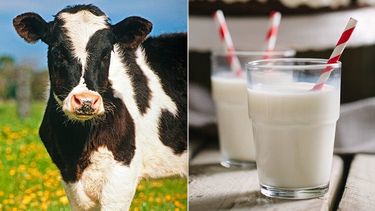 But when it comes to your cholesterol levels, “high-fat dairy could get you into trouble,” says John, MD, cardiologist and medical director at Intermountain Heart Rhythm Specialists in Salt Lake City. Saturated fat in your diet raises LDL ("bad") cholesterol, which increases your risk of heart disease and stroke, according to the American Heart Association. If you drink cow's milk, most doctors recommend low-fat or nonfat versions. A 1-cup serving of skim milk has 83 calories, no saturated fat, and only 5 mg of cholesterol. 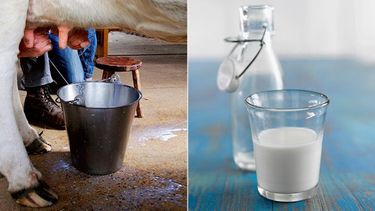 Thinking about switching to raw cow’s milk, also known as unpasteurized milk? It has about the same amount of calories, saturated fat, and cholesterol as regular dairy milk, and some claim it has even more nutrients. But pregnant women and children should avoid drinking raw milk and eating dairy products such as cheese made from raw milk, according to the American Academy of Pediatrics. Since raw milk doesn't go through the process of pasteurization that kills potentially harmful bacteria like salmonella, listeria, and E. coli people with compromised immune systems are at higher risk of getting foodborne illness from it, though it has the potential to sicken anyone. According to the Centers for Disease Control and Prevention, unpasteurized milk is 150 times more likely to contain bacteria that cause foodborne illnesses than pasteurized dairy products. 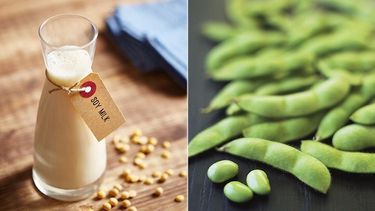 With 80 calories and only 2 g of fat per 1-cup serving, plain, light soy milk is a great alternative for people who are watching their cholesterol or cannot tolerate the lactose found in dairy milk. Because the source of soy milk is a plant, it has no cholesterol and only negligible amounts of saturated fat. Soy milk also contains 7 g of protein per serving, which is great for a heart-healthy diet. Twenty-five g per day of soy protein, like that found in soy milk and tofu, may also reduce your risk of heart disease, according to the National Institutes of Health. This may be due not just to the protein, but to soy's high levels of polyunsaturated fats, minerals, vitamins, and fiber, as well as to its low levels of saturated fat. Still, Krivitsky says, it’s important to read the label to know what you're getting: “Make sure there’s no added sugar and that it’s fortified with calcium.” 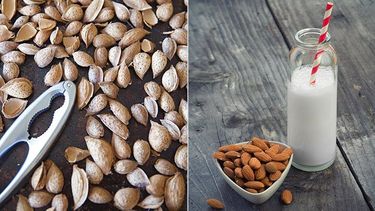 “Almonds are heart healthy,” says cardiologist Dr. Day, who recommends almond milk to his heart patients. Unsweetened almond milk contains between 30 and 40 calories per 1cup serving and has no saturated fat. And because it's a plant-based milk, it also contains no cholesterol. Fortified versions contain the same amount of vitamin D as skim cow’s milk, and some brands even contain up to 50 percent more calcium. Almond milk also contains polyunsaturated fatty acids, which may lower LDL cholesterol, reduce inflammation, and improve cognition (brain function), according to research out of the University of Maryland Medical Center in Baltimore. Unfortunately, almond milk is also low in protein compared with cow's milk and other milk alternatives, making it a less ideal choice. 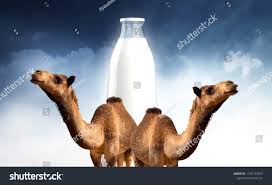 To maintain a healthy heart, Day says, be sure to drink unsweetened almond milk. “The biggest issue with alternative milks is that most of them are sweetened,” he says. “Added sugar in any form can be dangerous to your heart.”

Hemp milk is one of the newer options on the market. This milk comes from the seeds of the hemp plant (cannabis), but it doesn't contain THC the psychoactive ingredient in marijuana, which is a different variety of cannabis. With a flavor and consistency similar to almond milk, hemp milk is a good choice if you’re watching your cholesterol levels, are lactose intolerant, or if you have milk or soy allergies. A 1-cup serving of hemp milk contains 80 calories, 1/2 g of saturated fat, and no cholesterol. Hemp milk is packed with omega 3 fatty acids, especially heart healthy alpha linolenic acid. It's also a good source of calcium and magnesium, both of which are essential for heart health, according to the University of Maryland Medical Center. Getting enough magnesium helps your heart keep a normal rhythm, and having too little can lead to arrhythmias irregular heart rhythms like atrial fibrillation. 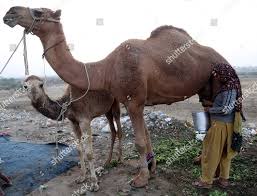 This option adds natural sweetness to your coffee, oatmeal, or cereal, and has only 45 calories in an 8oz glass and no cholesterol. One cup of unsweetened coconut milk beverage contains 4 g of saturated fat, but most of it is made up of medium-chain fatty acids, which may have some health advantages. “Some populations eat a lot of coconut and don’t get heart disease,” Day says.

But there's not enough research to conclude that coconuts and coconut milk are a heart-healthy choice when you have high cholesterol.

“The final verdict is still out,” says Lavinia Butuza, RD, a nutritionist in Sacramento, California. “Heart patients need to be careful with anything coconut, and treat all saturated fats as the same, for now.” 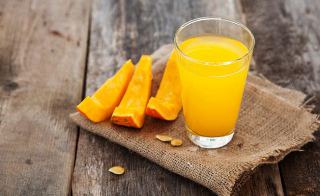 Cup for cup, rice milk is a plant-based milk that contains as much calcium as cow's milk. A 1-cup serving of rice milk has 113 calories (just 30 more than in a cup of skim cow's milk). Rice milk has no saturated fat, and no cholesterol but it's naturally higher in carbohydrates. Rice milk is also very low in protein, so if you do drink rice milk, be sure that you're getting enough protein from other sources in your diet. “Protein is related to a heart-healthy diet,” Butuza says. “If you don’t get enough protein, you may be taking in too many carbs, and too much of that can turn into higher bad cholesterol levels.”

Goat's milk is a good option if you want a beverage with a similar nutritional profile to whole cow’s milk but you have trouble digesting lactose. On the downside, a 1-cup serving of goat's milk is high in calories (168) and saturated fat (6.5 g), and it also contains 27 mg of cholesterol.

According to the Mayo Clinic, limiting saturated fats in your diet can help reduce your blood cholesterol levels and lower your risk of coronary artery disease. High levels of cholesterol in your blood can lead to the plaque buildup in your arteries, called atherosclerosis — a condition that increases your risk of stroke and heart attack.

Butuza notes that it's difficult to find a low-fat version of goat's milk, and that it has fewer essential vitamins and minerals than cow's milk. “There’s a lot less folate and B12 vitamin in goat milk,” Butuza says. And if it’s raw, she says, "There’s a risk of foodborne illness unless you have a goat in your backyard.”

The latest craze to make its stamp on the milk market is camel's milk. One 8-oz glass contains 107 calories, 3 g of saturated fat, and 17 g of cholesterol. And this milk option is packed with vitamins and minerals: According to research published in October 2011 in Comprehensive Reviews in Food Science and Food Safety, camel's milk has 10 times more iron and 35 times more vitamin C than cow's milk. Small studies have shown that it could be beneficial to people with diabetes, too. A study published in January 2015 in the Journal of Endocrinology and Metabolism found that drinking camel's milk, as compared with cow’s milk, was associated with increased insulin levels in patients with type 2 diabetes. It's also a natural probiotic that can contribute to gut health.

This milk option is still hard to come by in the United States and it's expensive. “It’s certainly something to look out for, and it needs to be pasteurized,” says Krivitsky. As a note of caution: Camel's milk may be one of the animal sources of the MERS coronavirus in the Middle East.

6 Key Steps to Staying Motivated on Your Cholesterol Treatment Plan

How Does Your Cholesterol Affect You?

Coping With a High Cholesterol Diagnosis

Content created and supplied by: Abedchinedu (via Opera News )